Viper Challenge has come a long way since its first event in Nov 2013 as Asia's Biggest Obstacle Challenge. The recent Viper Challenge Sepang (the final leg of the Finisher Series and the fourth long distanced challenge to be held at Sepang International Circuit) saw an attendance of 17,568 participants tackle the terrain and obstacles throughout the day, in the morning and at night! 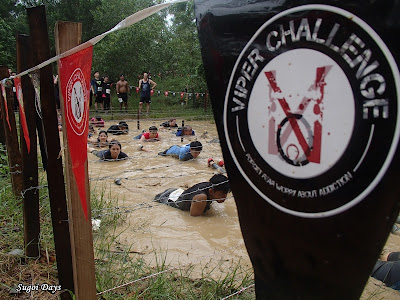 It helped tremendously that the event was blessed with a cooling weather and an overcast of clouds that kept the sun rays at bay. Less heat meant less dehydration and that meant less injuries amongst the participants. Blessed weather aside, the organisers themselves were no slackers as they pulled out all the stops at this event with many big-named sponsors and new and improved obstacles. 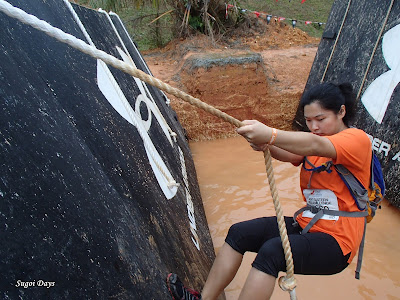 In a nutshell, here are the highlights from the Great Eastern Viper Challenge Sepang. 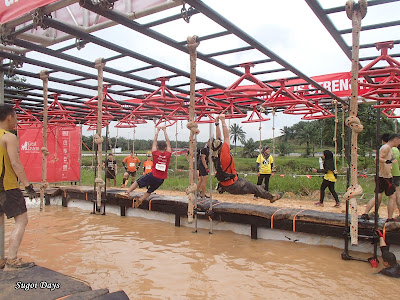 After watching all those Ninja Warrior clips on Youtube and TV, participants finally got to try out at least two obstacles that were inspired by the show at Viper Challenge. 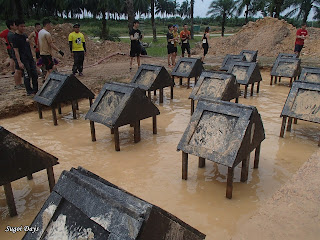 There were the side-to-side steps where participants had to jump from platform to platform to across a pool of water and the spinning wheel which was the harder version of the monkey bars. 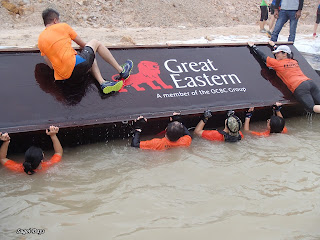 The Tyre Troubles and the Rotating Cubes were well-received at their debut at Viper Genting and to the joy of many (my team and I), made a returning appearance at the Sepang event. 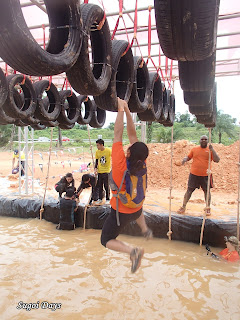 Both were wet and fun while posing a different challenge each. The Rotating Cubes were so much fun that we did it three times to help others of course. 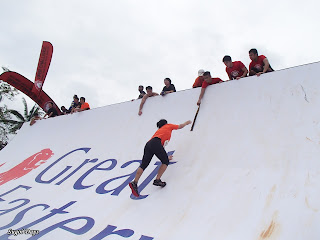 The muddy ant hills, walls and Ramp of Victory were staple dishes that Viper Challenge frequently served at the Sepang event. But just by making it one or two meters deeper or higher, the organisers has added an element of teamwork that was needed to overcome the obstacles. 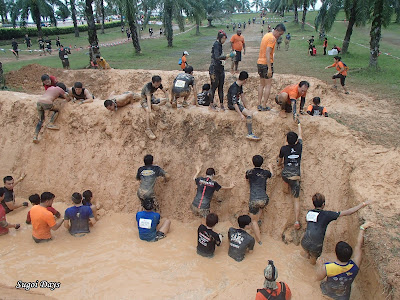 Try crawling your way out of a two meter deep ditch of mud on your own. 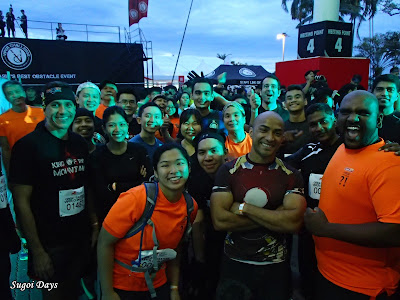 In case you missed it - Viper Challenge had 17,568 participants at the event and that number was a record just waiting to happen. And it did. Original Bootcamp, the organisers of Viper Challenge were awarded with the Largest Participation in an Obstacle Challenge event award in the Malaysia Book of Record. To all the participants who were a part of it, well, you're in the Malaysia Book of Records now. You can put that in your resume.

Nice Medal!
Just as I was bemoaning getting yet another round medal, the organisers changed it up and awarded all finishers with a cool new cut out medal of the VC logo. On top of that, the Finisher series medal made for a nice momento with the gold and black to differentiate the elites from the rest. 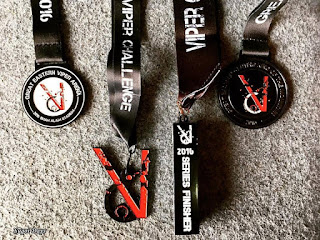 Bonus Highlight - The mystery of the MIA sandbags - solved! 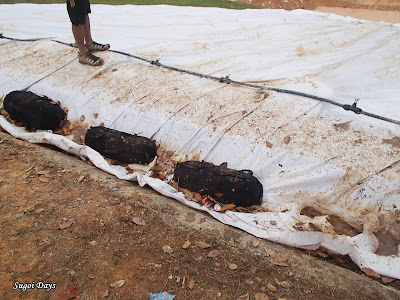 During the event, we discovered what happened to our missing sandbags from Original Bootcamp. They were kidnapped and trafficked off to serve a life of slavery as a tarp weight at the Slippery Senorita. No, it was not dodgy bar but rather the title of a giant slide on the side of a slope with a giant pool of water at the bottom. 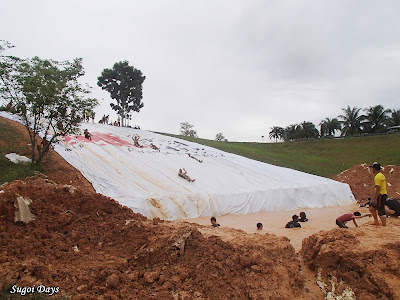 And our beloved (not really) sandbags were being used to hold down the tarp while bum after bum after bum sat down and slid their merry way down the slide, screaming and laughing.

And with that, I end my highlights of Viper Challenge. Felt I left something out? Have your own highlights to share? Then let me know in the comments below.

On a side note, after three months, the Olympus cam is back in action! Hence the nicer shots in this posting.
Posted by Tania at 11:03 PM

So is it good or not?? U never rite liao.

Hm, draw your own conclusion :D

This is one of the best blogs on the internet. Really informational and amazing content. Happy Independence Day Quotes For Friends in Tamil 2018