In the footsteps of a SCKLM pacer: Karsten Korbel

Often the unsung heros of the running world, pacers play a vital role in helping runners achieve their intended targets. Be it breaking that personal best or just finishing within the cut off time, pacers like Karsten are often the faces you look to in times of exhaustion and for inspiration and motivation during a physical and mentally taxing run such as a marathon. 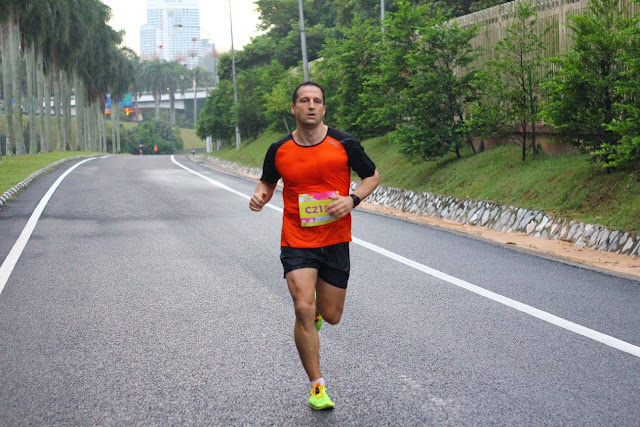 I speak to Karsten Korbel, owner of a Personal Trainer studio in Sri Hartamas and one of the three 3:45 pacers for the Standard Chartered Kuala Lumpur Marathon (SCKLM).

1) First things first. How long have you been running?
I have been running since my teens but that was to complement my soccer training, making me one of those players with the "biggest lungs" or better expressed with the biggest endurance.

2) And how did you start long distance running?
When working as a consultant for Vodafone in Germany in 2010, I ran along the River Rhine most evenings after work but always around 10km. Then one day I simply didn't u-turn at km 5 but ran and ran. At km 10 eventually I decided to run back to my hotel. That was my first 20km run, the start of my long distance running journey.

3) What do you love and hate about running?
Jokingly I would say that I hate to run hills. But there are so many hills to run in Kuala Lumpur, I made friends with them and now may even love them :D  Now what I really love about running are the infinite opportunities it opens. It allows you to meet people, make friends even, measure yourself with others in a competition, free up your mind if you need it, you can do it alone or in a group, etc. For me it actually paved the way for a new professional career and helped me to fulfill my lifelong dream to open a business. I would never have dreamt of what running can do.

4) How many marathons have you run?
I have run 16 full marathon , more than 20 half marathon and two 50km Ultra Marathons (trail and road) 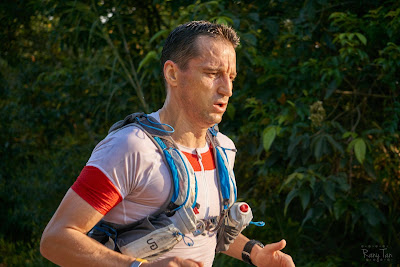 5) What and when was your first marathon?
My first full marathon was Putrajaya Night Marathon 2011 (which he completed in 5h:14 min), Seeing the full marathon flag off at SCKLM 2011 actually inspired me to dare running the 42.2km.

6) What is your Personal Best (PB)?
My PB for the full marathon is 3h:06 min at the Seoul International Marathon 2013. It is a great event and I hope to go there again for a new PB.

7) What was your most memorable run and why?
That's a tough one. There are a few races that were special to me for various reasons.
There is Penang Bridge International Marathon 2012, when I started off too fast and my engine failed at km 19 or so. The remaining stretch was such a big challenge as I had to fight the thought of giving up so many times. But I fought through till the end finishing in disastrous 4h:35min but the achievement of finishing against all odds filled me with pride.

Then there are the full marathons I did back home in Germany, one of them in my home town. Nothing beats running through a beautiful town like Straubing with so many memories at every corner. 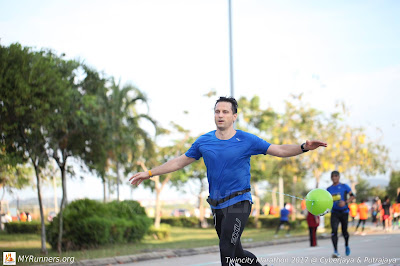 As for running, I am influenced by the big names in running coaching, like Arthur Lydiard, Greg McMillan and Jack Daniels. I follow a comprehensive running training consists of Easy, Tempo and Speed runs Easy runs should take around 80% of your weekly mileage and Tempo and Speed 10% respectively. The total mileage is only limited by how much time you can invest in your training.

I recommend everyone to allow enough time to prepare for a Marathon. Ideally, you start with shorter races, like 5km or 10km, then half marathon, then only full marathon. This journey is a matter of years, allowing your body to adapt and to implement the physiological changes that come with running. 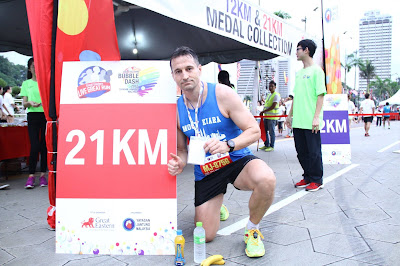 9) How many SCKLM races have you joined so far?
SCKLM 2011 was the first running event I ever joined and I have never missed any SCKLM after that. After all, it is the best running event in Malaysia and a must for every runner.

10) How many times have you been a pacer for any marathon?
So far I have paced for 3 full marathons, a few half marathons and even one 10km run

11) And why did you volunteer to become a pacer for SCKLM  2017?
For me to join a running event, it has to be meaningful to me and I prefer to either race or pace. So for SCKLM 2017, I felt that I was not in the right shape to race, so I applied to be pacer.

12) What do you look forward to for this upcoming SCKLM?
I am definitely looking forward to another perfect running event this year. The route is exactly 42.2km with plenty of support stations and good road safety. As a pacer, I hope to have a few runners following my 3h:45min pacer team mates and I throughout the run. 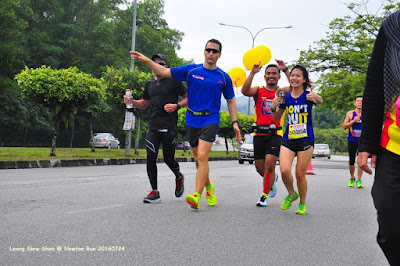 13) What is your pacing plan for SCKLM?
My objective is to reach the finish line 1 to 2 minutes before the actual 3h:45min, allowing those following me to cross the finishing line in time. As such I am looking at a consistent 5min:17sec per km pace throughout the race.

14) Will you be participating in the Friendship run prior to the main day.
If work allows

15) For those trying to meet their targets and virgin marathons, any advice to share?
Well, given that the race is a month away, there isn't much that can be done at this point. A proper full marathon training takes 3 to 4 months, assuming you are running a consistent high mileage even before starting the training plan.

So my advice is to set reasonable target, i.e. finishing times. Don't set the target too ambitious forcing you to start too fast and ending up walking at the end. Apart from that, set yourself various finishing times as target as unexpected things can happen in a Marathon. For instance, set yourself a reasonable Gold target, assuming everything goes fine. Silver target could be then 10 minutes slower than the Gold target, with Bronze another 10 minutes slower.

With that approach, it won't be a "All-or-Nothing" situation and that will help you to accept any problems that may arise during the run.

16) Lastly, share with us your three must do for a race.
1. Prepare according to your target (training, nutrition and hydration strategy).
2. Only use running shoes, attire, anything that you have tested during your training.
3. Finally, enjoy the run. It is the destination of a great (training) journey and at the same time the start of a new (running) journey. 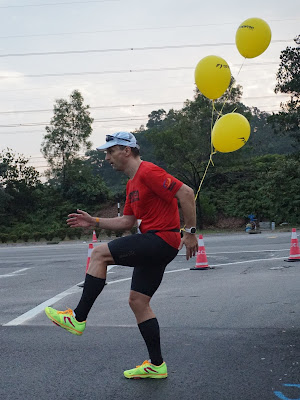 For those looking to hit the 3:45 target, look out for Karsten during the SCKLM 2017 taking place on 21 May 2017 at Dataran Merdeka. Check out the other pacer profiles on the official SCKLM website.
Posted by Tania at 10:00 AM