The Heat Is On At The Standard Chartered Kl Marathon 2017

With Standard Chartered KL Marathon (SCKLM) 2017 just around the corner, it was no surprise that the topic of the runners to look out for became the subject of breakfast conversation for my bootcamp mates and I. 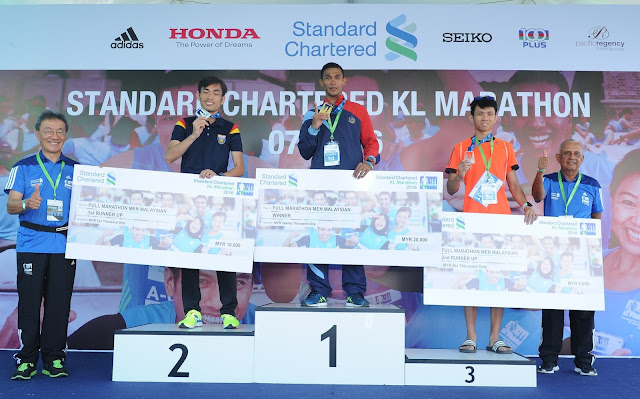 Last year’s Full Marathon winner in the Malaysian category was Muhaizar Mohamad with a time of 2:39:24, followed by Mohd Jironi Riduan in second place with a time of 2:39:56 and Tan Huong Leong in third recording a time of 2:41:53. That's all well and dandy. But this year, SCKLM 2017 is gearing up to be a highly competitive race with the top racers hoping to catch the attention of the selectors of the KL SEA Games squad. 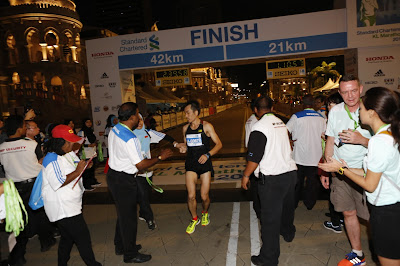 The heat is setting in for the men's category. Tan in particular, has been recording really fast times recently with a 2:35:24 at the Taipei Marathon in December 2016 and 2:28:19 in the recently concluded Tokyo Marathon in February 2017, which is one of the fastest times recorded by a Malaysian for the full marathon. 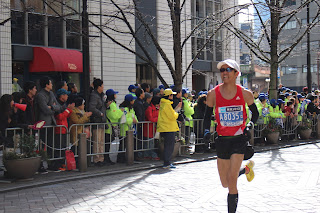 “We are really looking forward to a hotly contested SCKLM 2017, especially in the Malaysian Men’s Full Marathon Category,” said Rainer Biemans, Director of Dirigo Events and Project Director of SCKLM 2017. “This augurs well for our event as one of our key objectives has been to raise the competitive level of the SCKLM. And as the selection for the SEA Games is only finalised in July, these runners will be eager to push hard to try to earn selection,”

“I’m really looking forward to SKLM 2017. While I’m not setting any particular goals for this event, I still want to do my best for this run and hopefully my name is in the list for the SEA Games come July,” said Tan. 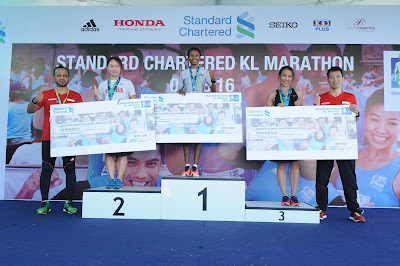 Another Malaysian to look out for in SCKLM 2017 is current national record holder of the Half Marathon Malaysian Women’s category Sheela Samivellu. Sheela smashed her own previous record at SCKLM 2016 and will be gunning to clinch a spot in the SEA Games through a strong showing in this year’s SCKLM. The Principal Assistant Director with the Ministry of Well-Being, Housing and Local Government started running from an early age and has participated in the SEA Games several times before. “I started running when I was five and the journey continues. What started as a means to be happy and to reduce stress has become something more serious now. Breaking the national record at SCKLM2016 was the proudest moment in my career so far and I hope I can finish just as strongly this year as that would put me in a good position for the SEA Games in August,” said Sheela.

The Standard Chartered KL Marathon has grown to become the premier running event in Malaysia that draws thousands of local and international runners to the country whilst firmly establishing Malaysia in the global running calendar. The 2017 edition of the race will once again see sponsorship from Title Sponsor Standard Chartered Bank Malaysia, along with Honda Malaysia, Brooks, Lucozade, Seiko and Pacific Regency.