It was a beautiful day to simply get out and stretch out my leg muscles before the big race the following day. There were a few places I wanted to visit on the eve of the Tokyo Marathon but seeing as how I had made plans to meet up with a group of the Malaysian runners at La Pausa restaurant Harajuku, I decided to just go along with how the weather fared and how I felt. 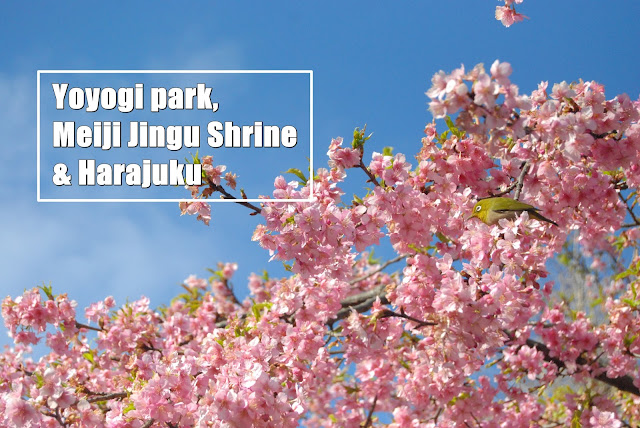 My aimless wandering led me to a quint coffee place called Fuglen near my AirBnb for some takeaway coffee. The setting was quite cosy, the type of place I would end up spending the whole day at with my laptop if I ever reside in Japan. 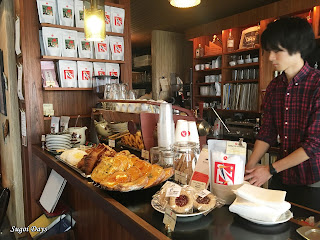 My hot mocha with double espresso shot was a bit on the pricey side at 600yen but it was delicious with a nice balance of sweet and bitter. It lasted me the whole walk to Yoyogi Park which was a leisurely 20 minutes stroll from the cafe. 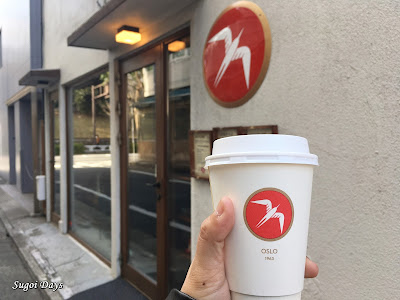 I kept seeing runners getting in their warm-up rounds in the park and the kiasu part of me wanted to badly to join but no. Running a day before a long run wasn't my thing and I settled for wandering the park with my DSLR in hand. 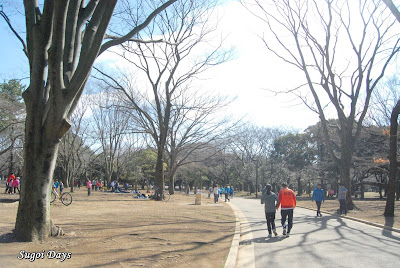 A good thing I did too because that was how I chanced upon a group of blooming plum blossom trees, home to a flock of little birds that were being meticulously photographed by a couple of uncles with long ass camera lenses. 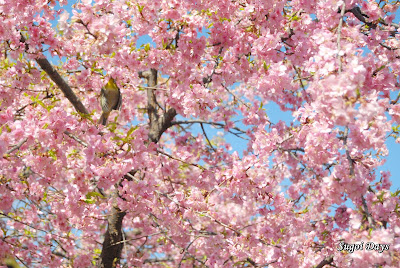 I was a noob in their presence with my little stock lenses Nikon DSLR and did my best to stay out of their way. But I was satisfied with my photos at the end. 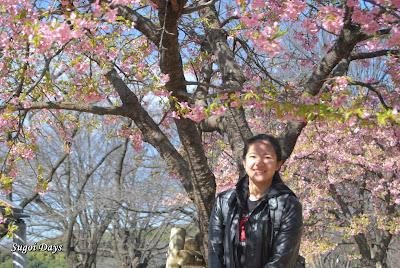 Yoyogi Park was a popular place for dog owners and I soon discovered why when I came across two big enclosures for owners to let their dogs run loose and socialize in. Entry to the enclosure was by membership and divided to two lots for bigger and smaller dogs. Best of all, it was well equipped and a generally great place for dogs and owners to chill out. 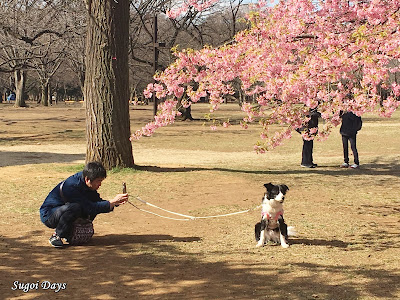 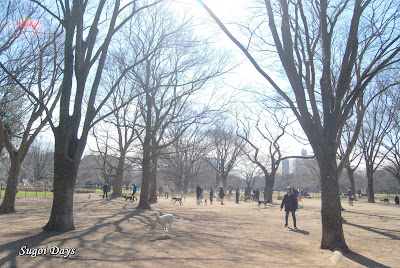 Eventually my legs took me to Meiji Jinju Shrine, a stop that I missed on my last visit to Tokyo, simply because we could not find the entrance. This time I referred to the park maps and followed the crowd out of Yoyogi Park and to the entrance to Meiji Jinju next door. Imagine my surprise when I realise they weren't accessible from one another. 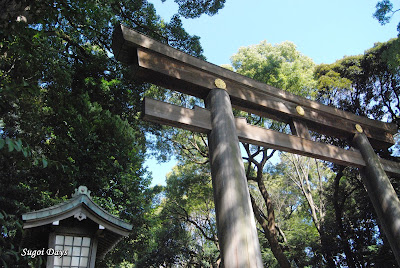 As I was still early at 11am, the shrine was relatively empty and eventless save for a wedding procession taking place. That was when the crowd swamped to snap photos of the ceremony. I was no different but I stayed well away from the guard to let them and the couple do their thing. 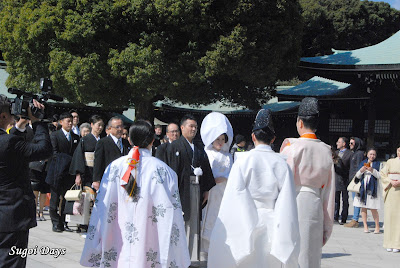 The shrine was beautiful, majestic in its own way and in dire need of someone to restore it. When I was there, the restoration works had begun for its surrounding buildings and its monks were collecting donation for the next phase. 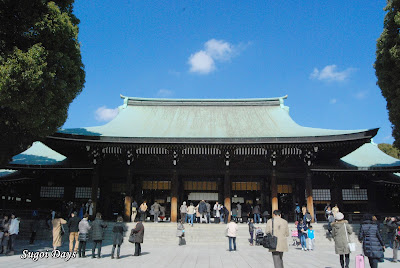 I ended up purchasing a good luck charm for victory at the race before hurrying to Harajuku to meet the runner group. 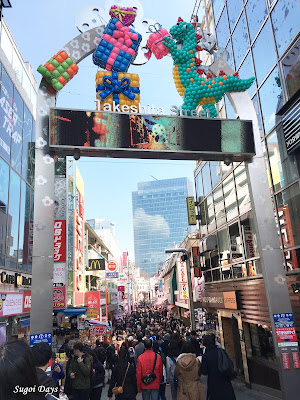 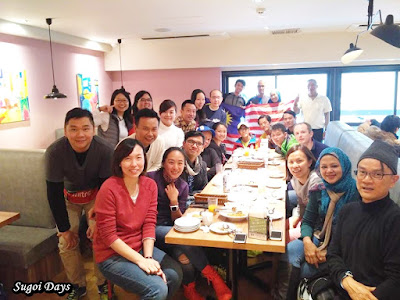 After lunch, I explored Harajuku by foot and killed time queuing for Croquant Chou ZakuZaku before I headed back to my AirBnb to rest until dinner. 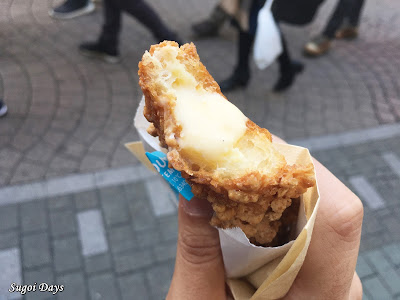 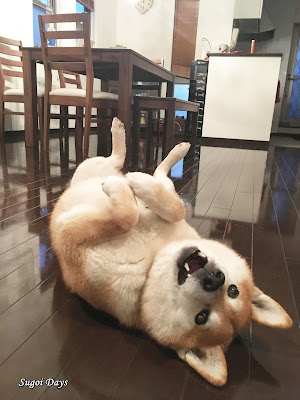 Pre-marathon dinner was at Loccitane Shibuya where I was hoping to score the street crossing view only to find that they were out of window places. 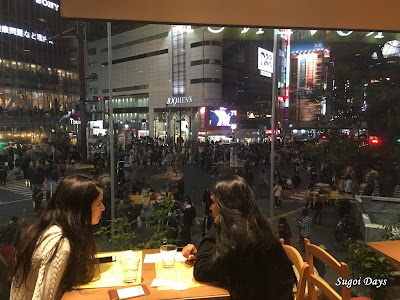 It still made for a decent but expensive meal though. A quick stop at Don Quixote for sweet potato and Kit Kats and I was back home to prepare my racing gear for my first Abbott World Major Marathon! 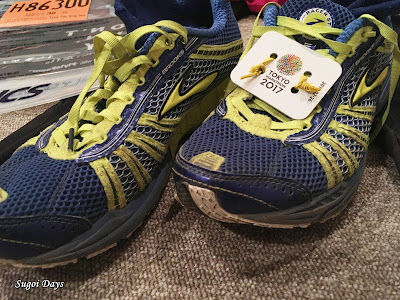