To cut down on travelling time in the morning (thus having more time to sleep in), I stayed overnight at the race site at the Semenyih Eco Resort and was rewarded with a glimpse of the start and finish of the course. Only a glimpse because that was only 10% of the total course of 9km and 25 obstacles that greeted racers on the morning itself. 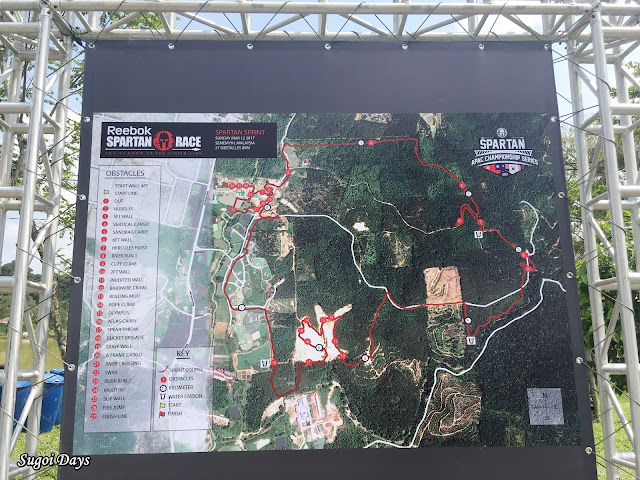 For the first time in my four years of running the Spartan Races, I participated in the elite category simply out of curiosity to see what it was like to be held at a higher standard in the lead pack and to be chased by the competitive racers in the heat after In short, not fun. The race was close to stressful with barely enough time to catch a breather right from the start. 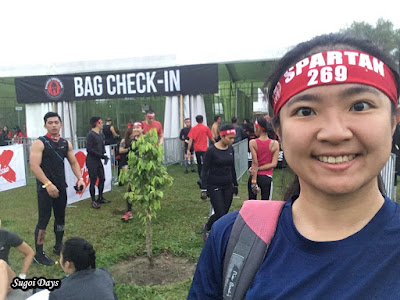 The first 2km was hard with wall climbs in all heights followed by an uphill climb that had most the racers heaving and gasping for air. The sandbag carry came soon after and while the weight was manageable, the route and distance made it a real challenge.

Semenyih was no easy route with rolling hills, stream crossings and narrow pathways across a rubber plantation. The heavy rain the previous night made the course extra hard with a slippery and loose terrain.The bucket brigade 7km into the race turned into a slip and slide with participants slipping and falling through watery potholes of mud. I heard this was the new cramp zone. 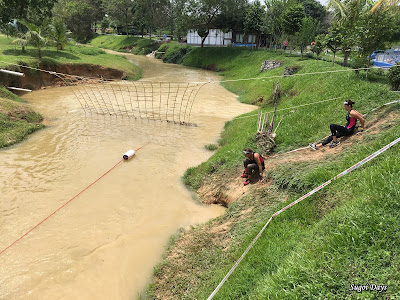 The Spartan Sprint also introduced the new Olympus obstacle, a wall-traverse challenge using a combination of handholds and chains. Ironically I failed this challenge just like how my Olympus camera failed me right from the start. The trick was not to go for the chains. I saw a lot of participants using the two rows of holds as hand and foot holds which was incorrect. But once again, the volunteers and marshals did nothing to correct them.

The cluster of obstacles built around the Olympus ensured that our upper body strengths were depleted thoroughly. The rope climb kicked off the upper body killer with a number of racers already doing burpees here. The Olympus soon followed before we moved on to the atlas carry and spear throw. By the end of it, my hands and arms were shaking so much that the running was a sweet reprieve. 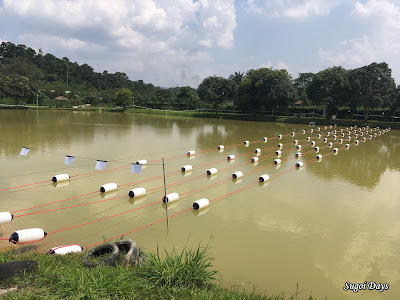 Previously, Spartan Race Malaysia wasn't big on swimming but not this time as 50 meter swim capped off the last kilometer. The lake was deep and to accommodate the non-swimmers, lanes with buoys were prepared along with life jackets and life guards on canoes, watching over the participants. No issue for my sister and I as we learnt how to swim long before we knew how to run properly. 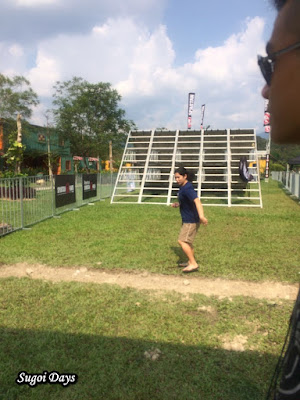 The finishing line stood in the center of the race village for all to see with the multi-rig, A-Frame and finally the fire jump to keep spectators entertained for hours under the blazing sun. I bypassed the multi-rig with 30 burpees and went over the A-Frame easily (thank you, Inov8 Ultras) and ta-da, over the fire I went. 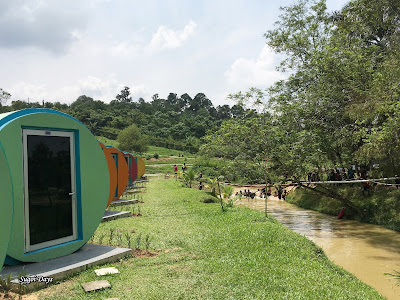 Because of the terrain and placement of the obstacles, the race was hard, even more challenging than last year's Sprint in October. Being chased and overtaken by the competitive pack was both stressful and disheartening. But nevertheless, my first experience in the Elite wave was an eye-opener and probably one I wouldn't be attempting again anything soon.

I give this race a 4 out of 5 Buck Furpees because nothing can compare to the hell that was Australia's Bright Trifecta weekend course.
Posted by Tania at 10:36 PM

The hills were a killer! we in the open wave had to wait an hour to climb up that one stretch with the rope :(