Say Penang and the first response you will probably get from any local would be "FOOD!".

Now ask any OCR junkie from Penang and they would tell you it was the venue of Viper Challenge's second event of the year on 25 March after Viper Singapore in February. In short, it was the perfect state for any true food loving, OCR addicted Malaysian to head off to for a weekend getaway up North. 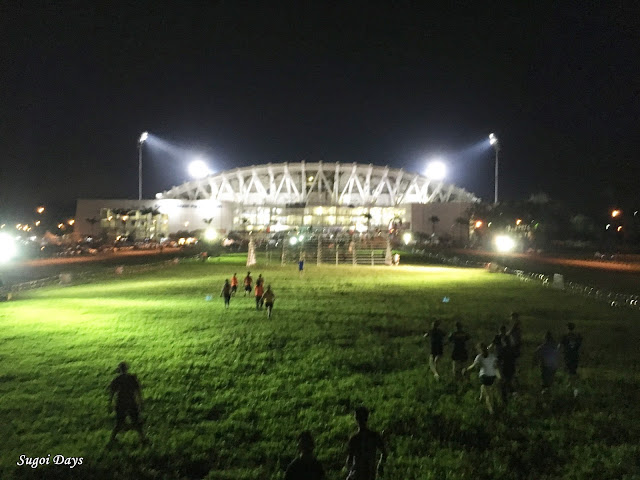 Our planning included two things: eating and Viper Challenge Arena. And after a day of binge eating all over Penang, my team was gearing to go as we gathered at Batu Kawan Stadium on the mainland part of Penang. Compared to the crackled, lackluster walls of Shah Alam Stadium (the other venue for the Viper Arena series), Batu Kawan Stadium looked amazing especially when the sun went down and the lights and fireworks came on. It wasn't as big as Shah Alam Stadium although this resulted in a course that amounted to 5km of stairs, ramp-running, obstacles, tarmac and obstacles.

Not that I was complaining though as I was hindered by an unexpected case of tendonitis behind the knee which made going down steps and descending obstacles a real challenge. It had flared up out of nowhere, possibly as an aftermath of my workout with Warrior Bootcamp, the local Penang bootcamp earlier that morning but I had hoped it would go away. It didn't and for about 4km of the route, I was hobbling about like an old lady on the knees of a baby.

No matter because I was still determined to bask in the experience of Viper Arena Penang. After all, I had travelled 5-6 hours all the way from Kuala Lumpur for it. I had my trusty iPhone with me and my team to support me throughout except for the start when they all sprinted up the ramps ahead of little old me. 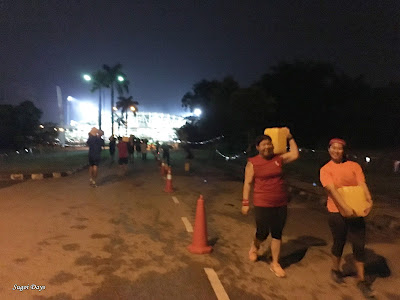 No matter because I caught up with them at the second obstacle and my personal favourite, the rope climb. My favourite because it had taken me a year of Youtube tutorials to finally grasp the rope climb techniques and with what little upper body my lumpy self had, I climbed my way to the top and back down with little issue. Of course, the fact that this obstacle was within view of the spectators and would-be racers had nothing to do with the most graceful climb I've did if I would say so myself. 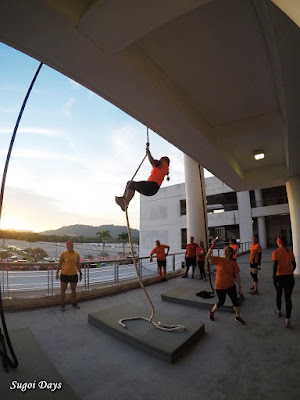 After the rope climb, we were led on to the running track where an obstacle greeted us. I called it labour pains because for some reason, people kept putting their legs on the bars like stirrups. At this point, I would have gladly taken an epidural to numb the pain of my knee.

A cluster of obstacles awaited us in the parking lot of the stadium and while I conquered a few, I found myself to having more fun photographing my friends in action. At this point, I wished I had one of those fancy pocket size, waterproof, shookproof, mudproof, lifeproof, shitproof, humanproof action cameras with high speed lens. Hint, GoProcoughOlympus, hint. 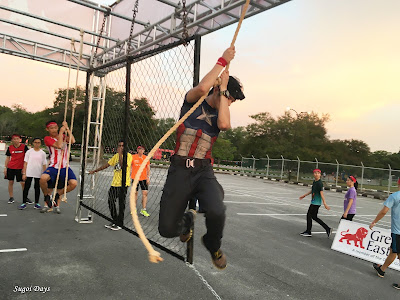 The tyre chain drag was a definite lung and ball buster with many elite racers loosing their race standing in a blink of an eye at this obstacle. Of course, they could have opted for the faster, more energy efficient prisoner of wars exercise, the race penalty for elites but..to do it on grainy tarmac was torture worthy. 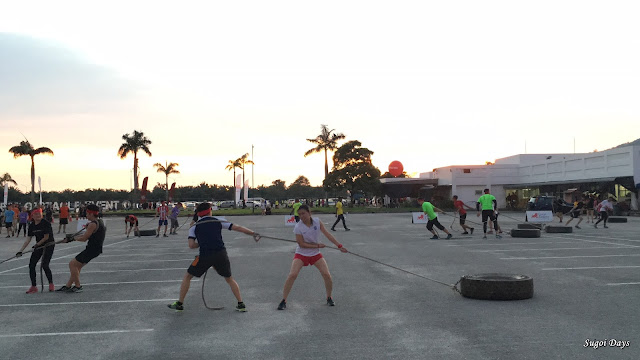 At one point, there was the slanted walls with tarp covering it to advertise their advertisers and also make life hard for people. It was so hard that people kept slamming themselves full bodily into the wall before it dawned on them... 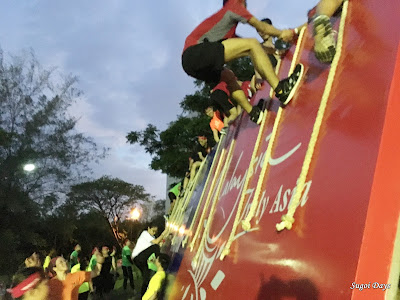 "Oh, wait. I want to go up the wall, not through it." The Roadrunner would have been proud. Weeps.

As we carried on, night fell and as the faster members went ahead, the rest of us fell back to thoroughly enjoy the course. Of course, when we encountered the stadium ramps again, some horsing around issued. As we closed on the finish line, we were greeted by a series of fireworks! 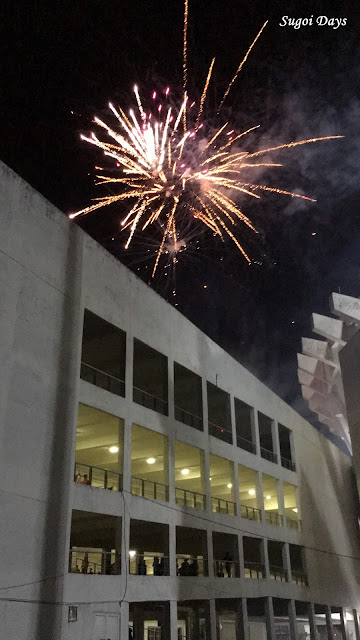 What a grand way to end the race with my awesome OBC team, regardless of platoon. And in true Malaysian fashion, we concluded the night with a scrumptious seafood dinner nearby. It wasn't like we had much of a choice for food in that area. It was the only restaurant there. 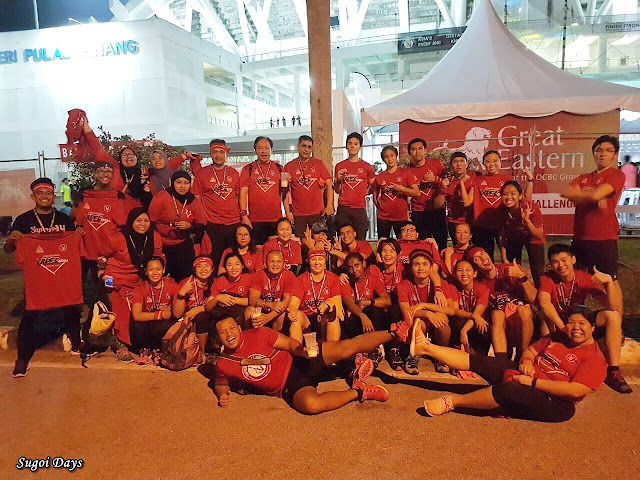 On to the next Viper Challenge - Great Eastern Genting King Of The Mountain 2017 on 15 July! Sign up here if you haven't ready. Link.
Posted by Tania at 3:01 PM

For Viper to be at the next level, they should fire their Registration guy.

LOL. I wonder who is he