Not many runs in Malaysia have the honour of being held 10 years in a row come rain or shine or haze and this year, the beloved and highly anticipated Standard Chartered KL Marathon returns for its 10th edition. Registration for the public opens today on 10 Jan 2018 with slots selling out fast as off 7pm. 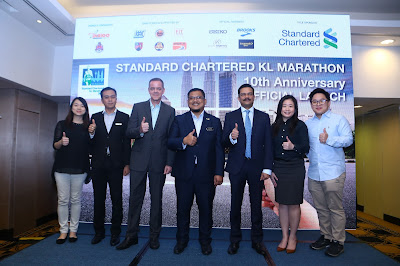 Showing how runs can evolve with its runners and participants, SCKLM 2018 promises to showcase 10 new race features. The new features are:

2. Kids Dash Timing Chips
For the first time, the Kids Dash participants will be using timing chips to determine their finishing times, as well as allow friends and family to track them through the SCKLM App.

3. Standalone Kids Dash
In order to give more prominence to the Kids Dash categories, the event will be held a day earlier on 7 April. This would allow parents to be present in support of their children instead of being involved in their own respective runs.

4. SCKLM Juggernauts
Runners who have registered for all 10 editions of the race are now a part of the “SCKLM Juggernauts” who will receive special privileges such as personalised running t-shirts and customised bib numbers.

5. Introduction of VIP package
Runners will be provided with the option to purchase VIP Packages that would entitle them to priority Race Pack collection, access to the VIP Area and a breakfast buffet, VIP baggage drop and a Brooks polo shirt and track pants

6. Motivational Signs
Upon registration for SCKLM, runners can submit a motivational quote that inspires them. The best 20 of these quotes will be displayed on signs along the Full Marathon route with the runner’s name attached.

7. Option to choose running t-shirts with or without sleeves 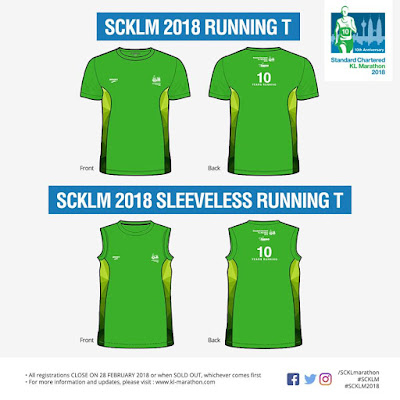 9. Introduction of a new feature within the SCKLM App
The SCKLM App which won Gold at the SPIA Asia Awards held in Bangkok recently, will introduce an exciting new photo feature that will capture runners’ memorable running moments.

10. New full and half marathon routes
To keep the race fresh and challenging, the Full and Half Marathon categories will have a new route that navigates around more of Kuala Lumpur’s iconic landmarks.

The event is set to take place on 8 April, 3 months away at Dataran Merdeka. If you're running the marathon, don't forget to drop in on their training sessions with Mark Williams, have a training plan customised for you and sign up for the Friendship Run on the day before the race for an easy 5km shake out run. For more info, go to https://www.kl-marathon.com.
Posted by Tania at 7:14 PM