When my parents signed up for the highly popular Cultra race in Cameron Highlands, they invited me to tag along for the weekend trip. I thought why not since it was bloody hot in the city and everything was paid for. In return, I was their designated driver for majority of the trip there. Not a bad deal at all. 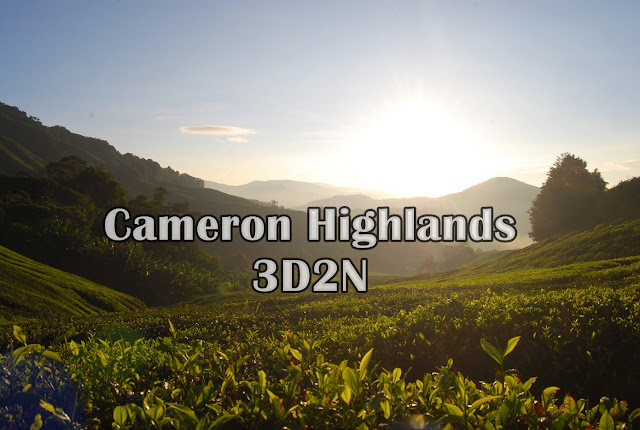 To those who do not know, Cameron Highlands is one of three well-known highland getaway in Malaysia, the other two being Genting Highlands and Fraser's Hill - all located in Pahang. Cameron Highlands is known mostly for its sprawling tea plantations, strawberry fields, fresh vegetable produce and its cooling weather that often hover between 18`C to 25`C daily. It's about a 3 hours to 3 and a half hours drive from the city center, making it a popular getaway for city dwellers such as myself to escape the heat.

The drive up via the Tapah route was long, winding and time consuming due to the narrow roads that called for a few close calls with a passing car on the opposite side. However as we approached Tanah Rata, the never-ending treeline gave way to the sight of the Bharat tea plantation that spanned along the hilly slopes. Tanah Rata was a simple enough town to navigate with only main road running through it and on to the next township, Brinchang. 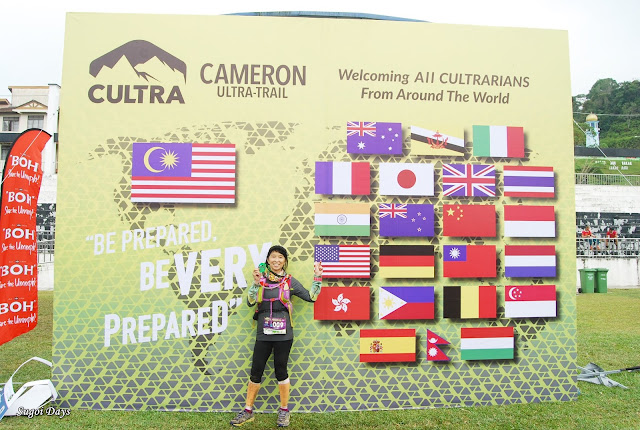 The cool weather was a blessing having suffered the unforgiving heat the night before at home as we stopped at Century Pine Resort for my parents to collect their race kit for the race. With over 2,000 participants and their supporters gathering there on one day, this understandably added to the traffic jam in the area. On a hindsight, we should have booked our accommodation in the town for easier access to well, everything.

But as it were, we were booked at one of the units at Desa Anthurium Apartments via Booking.com at about RM400 for two nights. The unit could fix six people comfortably as it had three rooms and two toilets. However the space was dusty and worn out, given how old the apartments were on a whole. And the worst part was internet and data connection was literally non-existent in that area. It was sometimes a miracle just to receive my chat messages. On the plus side, the lack of connection prompted me to take a drive around the highlands while my parents were running Cultra.

Sunrise Hunting at BOH Sungai Palas Tea Estate
After seeing them off at the start line on Saturday, I headed towards Brinchang to visit the largest tea plantation in the area, owned by Boh Tea. It was a nice leisurely 30 minutes drive along the single road between Tanah Rata and Brinchang. I caught the sunrise as I approached Brinchang town and pulled over at a roadside parking lot to quickly snap a photo of the rising ball of flame over the valley. 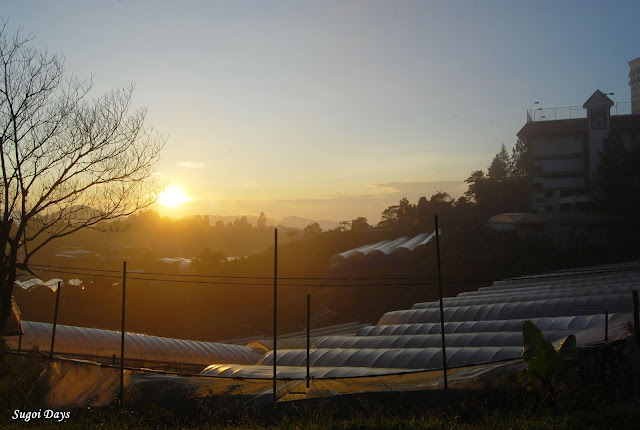 The drive into the Boh Sungai Palas Tea Estate was a bit daunting seeing as I was driving a big car along a winding narrow road with enough space usually for one car to pass and sharp hairpin corners that required drivers to honk to alert approaching cars. But the resulting view was well worth the harrowing drive. As the plantation hasn't opened yet at that point, I parked near the workers' quarters to walk over to a viewpoint overlooking the tea plantation. As early as I was, I was beaten by several hardcore photographers perched there with their tripods and long range lens and a few sunrise tour guests. Nevertheless, it wasn't crowded at all and I spent a good hour capturing the stunning view before me. 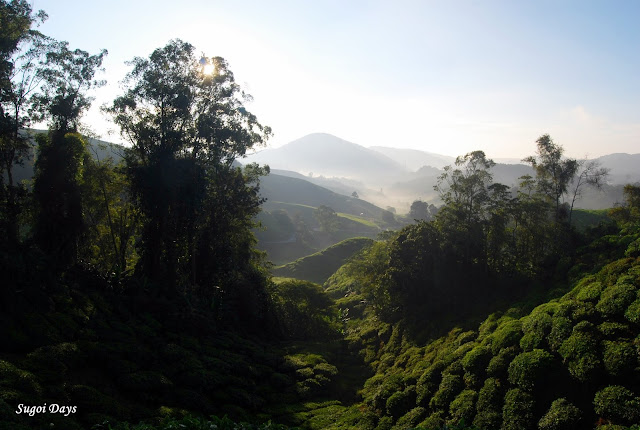 The tour group moved on to enter the estate when the gates opened but I opted to forgo the plantation visit in favour of avoiding the increasing traffic of cars making their way to the plantation. After enjoying a cheap and cheerful breakfast of teh tarik and roti canai at a random stall in Brinchang, I headed on to the most popular strawberry farm in Cameron Highlands.

Strawberry Plucking at the Big Red Strawberry Farm
The Big Red Strawberry Farm was amongst numerous popular strawberry farms in Brinchang but was by far the biggest with much to offer. Concern about parking, I ended up parking at the foot of the slope leading up the entrance of the Cactus Valley and walked up the road to the farm. While the strawberry farm had over 200 parking bays along a one way road leading into the steep hill side, I realised later that my decision to park at Cactus Valley allowed me to bypass a horrid traffic jam caused by the built up of visitors that particular morning. 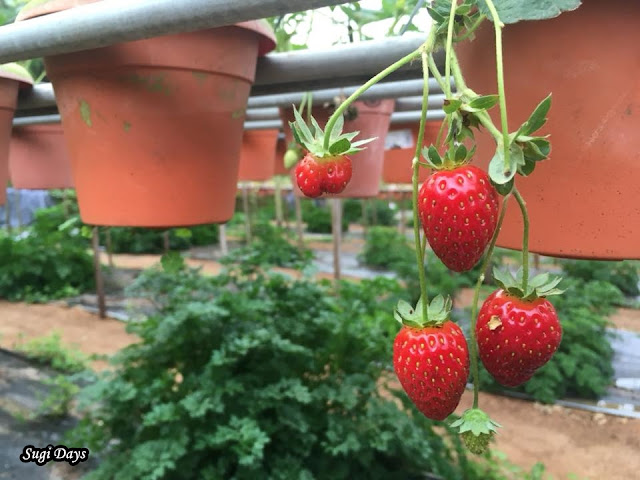 I was once again early and decided to try plucking my own strawberries. It cost RM25 per 500 grams of strawberries and a RM50 deposit was required at the counter in exchange for a plastic basket cum container and a pair of scissors. The workers were really friendly and helpful in giving me tips on which strawberries to pick and in which area to go. There was no time limit but 500 grams of strawberries filled up faster than I expected. I checked with the staff on my estimated weight and after eyeballing my basket, he estimated I needed another four to five berries. When I finally check back in at the counter, the auntie there added two more berries to my basket to round up the weight. Better to play safe and be underweight than to be overweight and pay extra I guess. RM25 was deducted from my deposit after that. 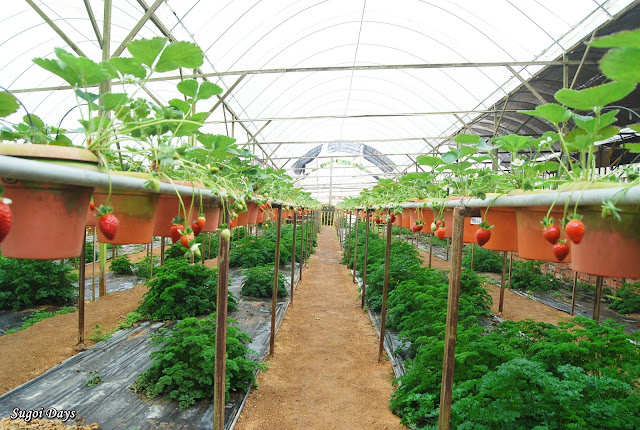 With time to kill, I chilled at their cafe for an hour with an apple pie with strawberry jam and a cup of instant strawberry-flavoured coffee. The apple pie wasn't the best but the jam on it was pretty delicious. I brought my parents there the next morning after they heard of my escapades in the farm and while they went strawberry plucking, I enjoyed a slice of strawberry cheesecake with a sponge base. It was cheap but pretty basic in flavour.

Cafe Hunting in Tanah Rata
I contemplated my meals seriously up there and came across several eateries on Tripadvisor and Google. One such an eatery was well, Starbucks. A little further down was Capitale Coffee cafe. Despite its location along the main shoplot in Tanah Rata town, the cafe was surprisingly quiet at night which suited me just fine. 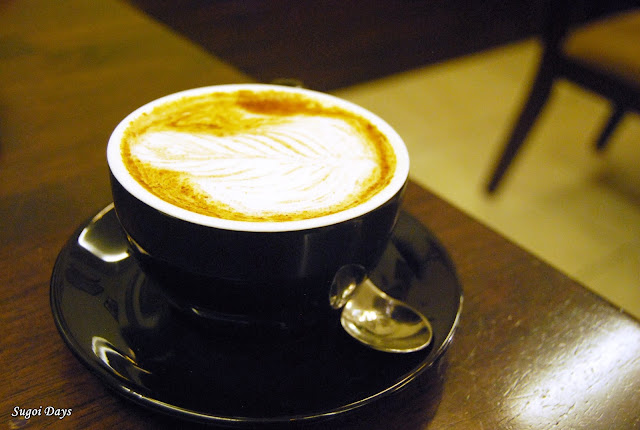 As I enjoyed their delicious Chai latte, I was pleasantly surprised to see that they also offered alcoholic coffee alongside their wide range of tea blends. Prices were reasonable considering their location. Had I discovered it earlier, I would have parked myself there for the better part of the afternoon with my laptop.

Steamboat and Grill Dinner
When one was in Cameron Highlands, a steamboat meal was a must do there. I found a popular halal steamboat buffet restaurant in town mainly for the sake of my Muslim friend who had also survived Cultra. A short walk from Capitale Coffee cafe, Restaurant Taman Abang Steamboat and Grill was popular with families and groups of friends due to their pretty garden theme and buffet concept. 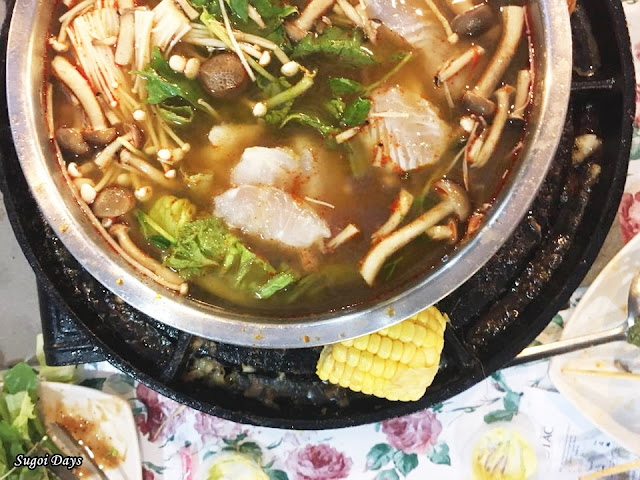 At RM39.90 for adults and half price for senior citizens (apparently my folks in their late 50s counts as senior citizens), it was a buffet we enjoyed despite their limited buffet selections and the initial screw-up in reservation. Combine the chilly weather and the pipping hot Tom Yum soup filled with an assortment of meat and fresh vegetables, it was the ideal meal to end the night and a great way to celebrate my mother and friend's achievement in surviving 30km at Cultra. 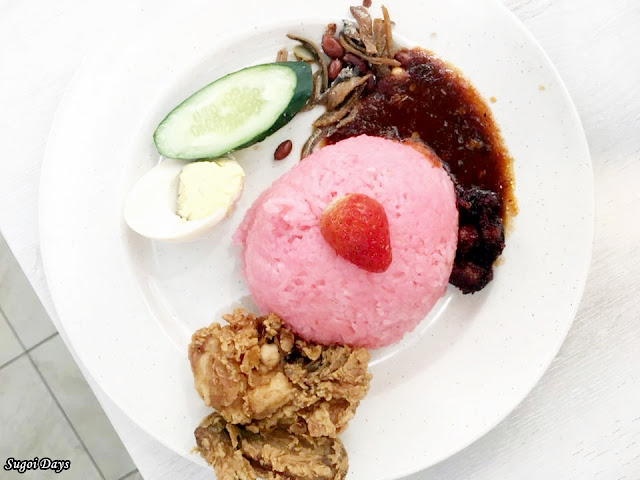 After queuing 20 minutes to order and pay, we waited close to an hour for our food to arrive and when it did, well, I wasn't whelmed. Not one bit. At RM9.90 per plate, the famed Strawberry Sambal Nasi Lemak with fried chicken was painfully mediocre at best. The rice tasted like pink nasi kukus, rather than santan and chicken was so dry and cold that to finish it was merely out of hunger. Their only saving grace was the dollop of strawberry sambal which my mum ended up purchasing a jar of. How this place went viral for its food is beyond me but I guess when you have a good marketing gimmick, even the monkeys will flock to your stall. On the bright side, at least we got our money's worth when it came to parking.

Shop and Drive Home
After a disappointing brunch, we took the Tapah route down with me at the wheel. Along the winding road, we ended stopping a couple of times to buy stuff from the Orang Asli stalls set up on the sides. The drive was exhausting with many buses and lorries on the road forcing the cars to brake often. Now and then, a lorry or a car would attempt an overtake to get ahead of the queue and those moments served as a tiny source of entertainment for me while my passengers dozed off to the lull of my driving.

No Fast and Furious or Initial D driving for me until I rejoined the highway back to Petaling Jaya. And back to the scorching heat of the city. Gah! I wonder if the strawberry farm was hiring.
Posted by Tania at 11:01 AM