Travelling can be a powerful experience, and if you’ve ever dreamed of scaling Mount Everest or trekking through the Amazon Rainforest, you’re not the only one. Many of us are filled with wanderlust to travel the world, yet have never taken that first step. We’re held back by our responsibilities, self-doubt, and sometimes even fear. ZafigoX 2018 looks to change that, especially for women. 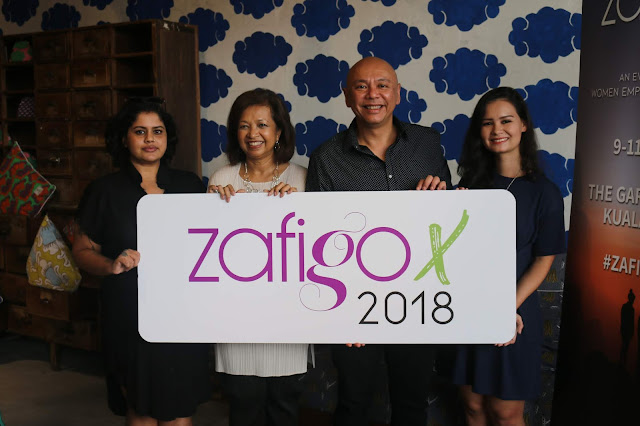 The much anticipated event, ZafigoX 2018 was officially announced by its founder, Datin Paduka Marina Mahathir. Aimed at empowering women through informed travel, the event’s panel of inspiring globe-trotting speakers was also unveiled. Spanning three days, from 9 -11 November, the second instalment of ZafigoX returns with more talks and workshops, and for the first time, encapsulated in a standalone event to be held at The Gardens Hotel, Mid Valley City, KL. 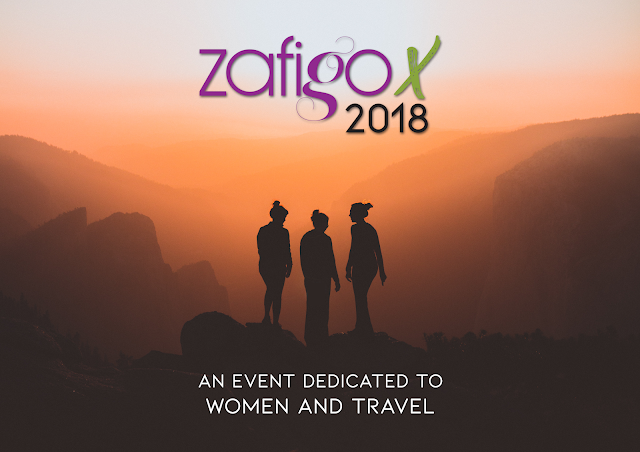 As a woman, travel can be daunting and holds many risks, but through careful planning and education, travelling can be safe, easy and more importantly a catalyst for personal growth. Something that I personally agree with having travelled to Japan three times alone and once for two months. The experience was enlightening.

But anyway! An initiative by social activist and travel enthusiast Datin Paduka Marina Mahathir, ZafigoX is the space for women to be inspired by trailblazers who have accomplished extraordinary feats, and to meet other women who share similar passions and interests. 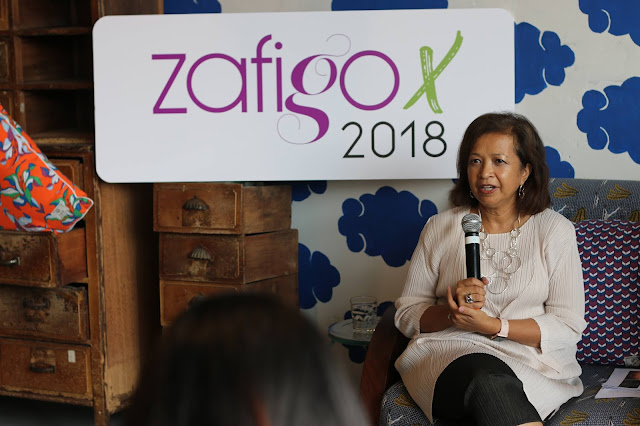 “Travel is a very gendered domain. Female travellers have very different concerns as compared to their male counterparts. For example, if you are on a business trip to Pakistan what should one wear? Is a pantsuit considered offensive on women? Should I shake hands with male colleagues or greet them from a distance? On the contrary, backpacking across Europe brings with it a whole new set of queries and challenges. With so much riding on our minds before we even begin our journey, and with little or sometimes no access to the correct information, most women often feel restricted to cross thresholds into unknown territories,” says Datin Paduka Marina Mahathir, Founder of ZafigoX.

“With ZafigoX we want to create a space where women travellers can share their stories to help guide and encourage other women to travel with a renewed sense of confidence and self assurance. We want to empower women to take that first step to explore the world and the endless possibilities that come in its wake,” she adds.

This year, ZafigoX makes its debut in Kuala Lumpur with an extensive panel of speakers who will come forward to share their redefining travel experiences. The 2018 instalment will feature talks by Marin Minamiya, a Japanese university student who has climbed all of the world’s highest peaks and trekked the North and South Poles to complete The Explorer’s Grand Slam, Xyza Cruz Bacani, a Filipina domestic worker turned internationally-acclaimed photojournalist, Claire McFarlane, a rape survivor who is now running marathons on beaches around the world to raise awareness on sexual violence and many others.

Along with presenting the audience with awe inspiring speakers, the event will also host a number of panel discussions and workshops that will prepare women to travel independently and safely. Another element of the event is the marketplace which highlights and supports women-run enterprises and local female artisans. 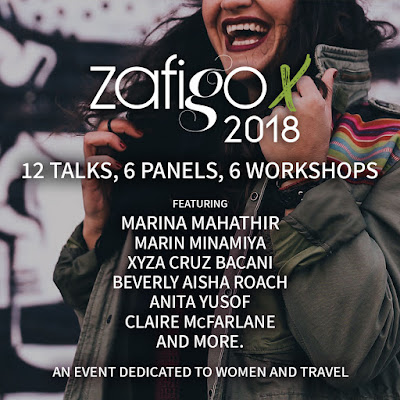 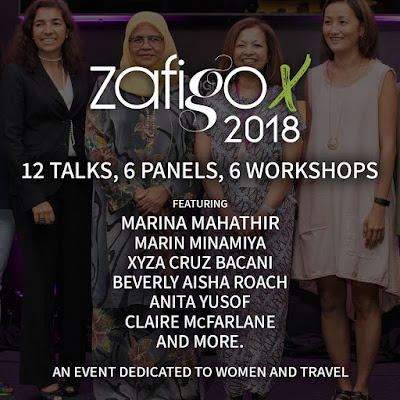 ZafigoX 2018 will also be debuting ZafigoTravelIndustry on the 9th of November with its first panel session “What Do Women Really Want When They Travel?” and its first masterclass “Selling Travel To Women: A Masterclass”. Designed for industry professionals with worldwide case studies and in-depth research, participants of the Masterclass will, through a series of interactive activities and break out sessions, acquire a deeper understanding of marketing to female travellers.

Meet and listen to stories from bold, adventurous, and extraordinary women, discover new destinations, and learn to overcome fears and barriers to travel at ZafigoX 2018.

For more information, refer to their official website: http://zafigox.com/
Posted by Tania at 9:00 AM