To be honest, my parents were the reason I ended up visiting Turkey with their tales of how beautiful the scenery was and how unique their culture was. So determined my dad was to have me experience Turkey that he dragged me out to the March Matta Fair. Long story short - that was how I ended up booked on a tour group of 21 people to Turkey in November with Z.G Nan Fang Holidays with my baby sister as my travel companion. 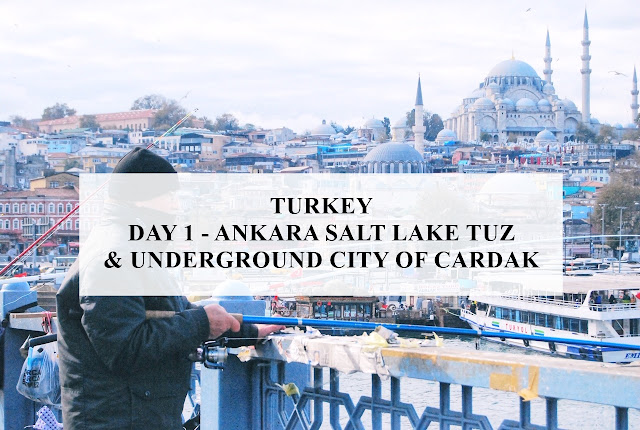 In the weeks leading up to the trip, I watched Youtube videos of vlogs in Turkey and check Instagram for photos. And all of them insisted on one must visit place in Turkey which is Cappadocia or as the locals spelt it, Kapadokya. By the way, I highly recommend watching Flying the Nest Youtube channel by fulltime vloggers Jess and Steve for travel information and tips. Their videography and editing are great and the content well thought out, researched and delivered. Plus they actually respond to your comments on Youtube, Instagram and Facebook. 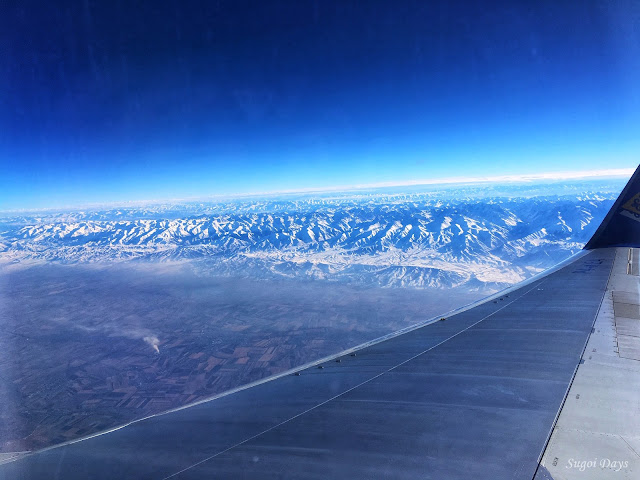 Okay, back to my Turkey trip. My trip was in November which was on the shoulder of autumn leading into winter. After spending a week in Japan’s autumn, it was officially my favourite season as the scenery is just so beautiful and the weather so cold and nice. My tour flew via Air Astana, the official airline for Kazakhstan with an hour’s stopover in Alamty. I will be honest here, the seats are cramp and the in-flight service leaves must to be desired. Flying to Almaty took 8 hours on a Boeing 767 while the next 5 hours to Istanbul was in an Airbus which was even more cramp and hot. The airline was pretty generous with amenities though with a free comfort kit each flight. 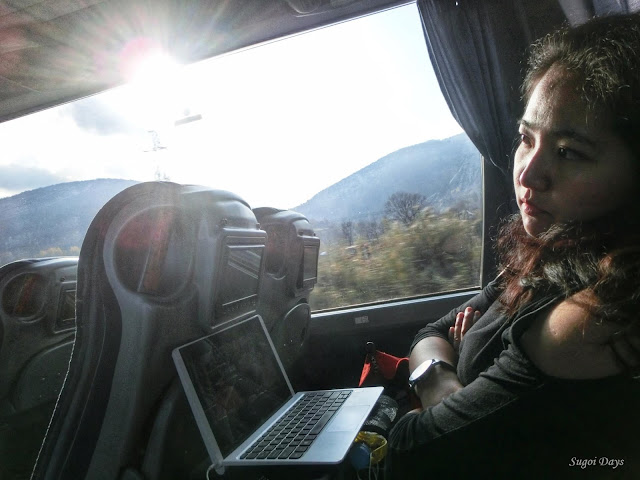 We landed at night in Istanbul, checked into the Clarion Hotel at 10pm and at 7am the next day, checked out and headed off to Cappadocia in our assigned tour bus. It was a 10 hours long bus ride with 15 minutes toilet breaks every two hours. 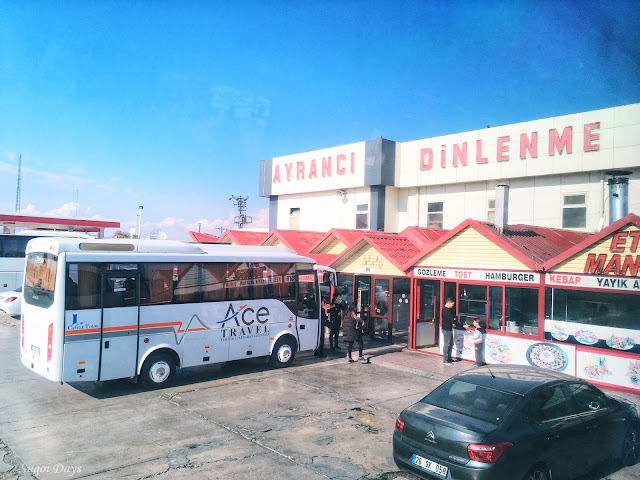 We were supposed to stop in Ankara to visit the Ataturk Mausoleum, the resting grounds of the first president of Turkey but as luck would have it, that day (9 Nov) was also the day he died and thus the Mausoleum was closed for the annual ceremony. So we ended up bypassing Ankara. 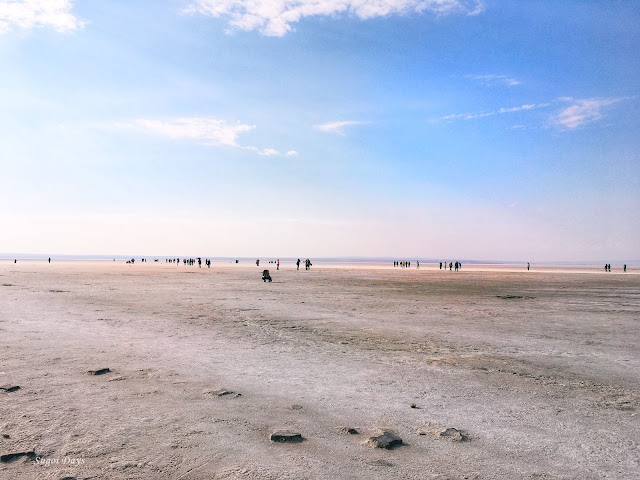 Fun fact: The capital of Turkey is NOT Istanbul but rather Ankara, mainly for strategical reasons during their days of war. 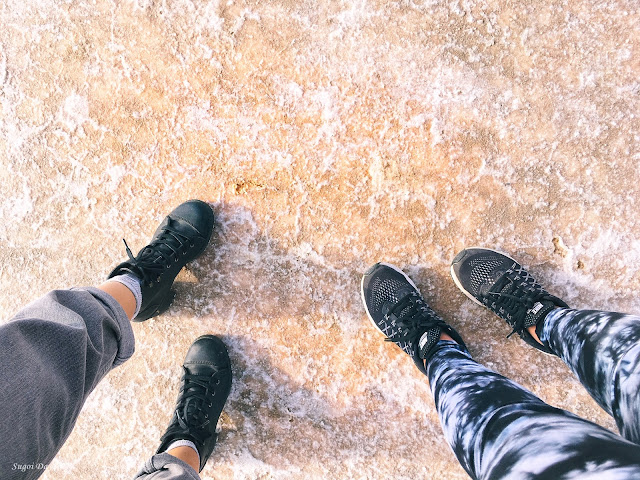 Moving on, we made a 20 minute stop at the second biggest lake in the country, Salt Lake just outside on Ankara to take photos on the lake itself. The tide was out and we could walk and see the salt deposit on the lake’s bottom. 40% of the Turkey’s salt came from this particular lake. After another two hours of driving, lunch was at a random restaurant along the highway that was popular with tour groups. Save for their buttery pilaf rice, the food was a little on the bland side. Luckily one of the aunties in my tour group brought chili from China and shared with the group. Thank you, Auntie! 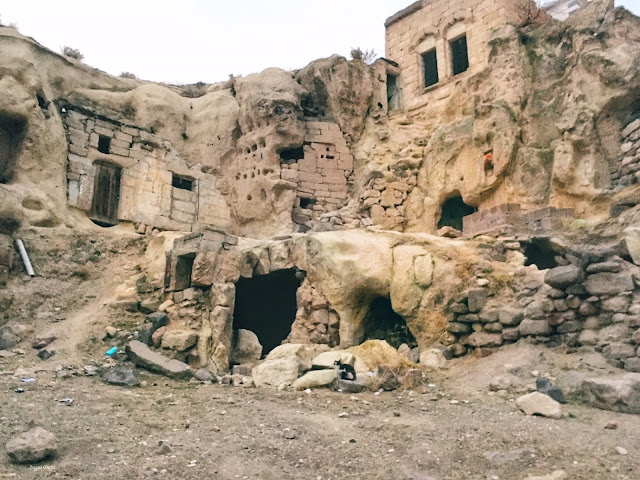 Around 5pm, we pulled into Cappadocia and our local guide (who looked like Adam Levine so we called him Adam) took us to the famous Underground City of Cardak. The city went as far as eight levels beneath the ground and consisted of many components vital to the Christians back then in order to survive such as a church, kitchen, living space, storage space and so on. The reason for its existance was quite sad as it was built in order for the Christians to escape prosecution. 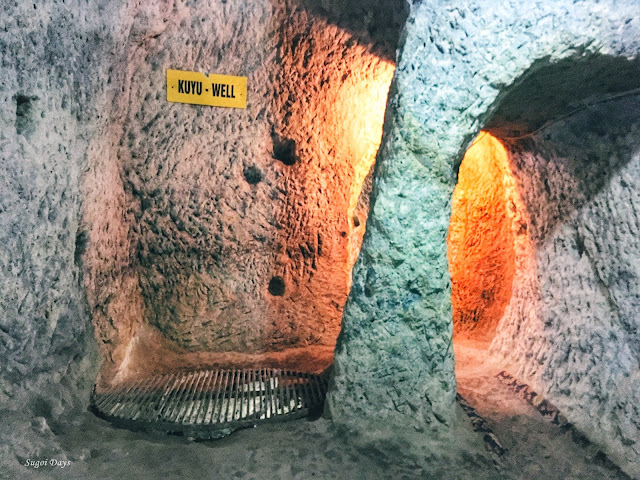 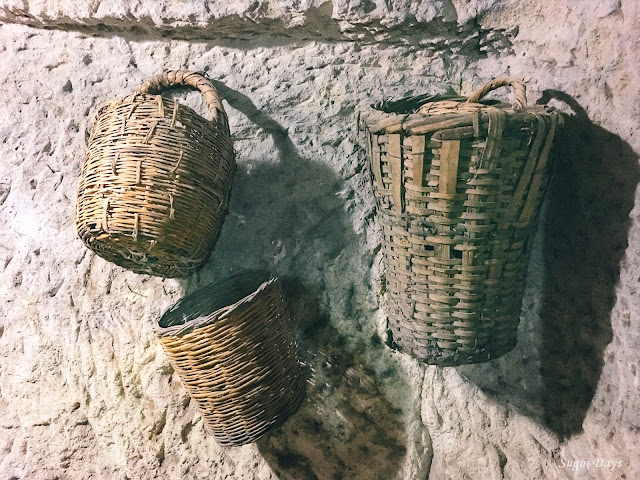 We pulled into our hotel after dark and it was one of popular cave hotels in Goreme, Cappadocia Cave Suites located a good 10 minutes uphill walk from the main town street. The cave hotels in the region were built into the existing stone structures that had been carved out centuries ago. Some of them were UNESCO heritage sites and required permission for any modification. 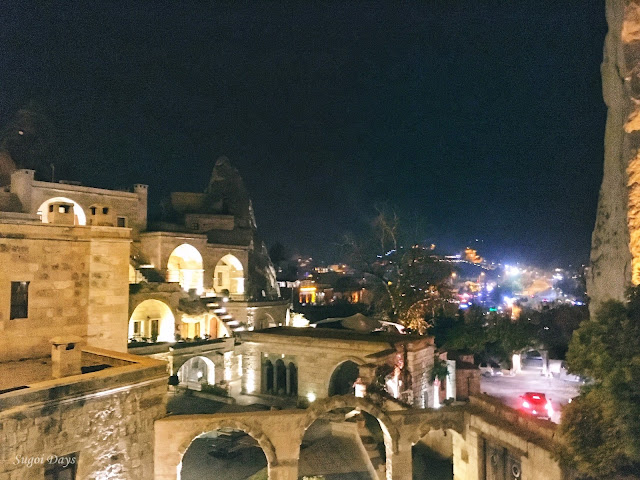 The room sizes varied and I think mine was one of the smaller ones as there was hardly enough space between my sister and I. But due to its location facing away from the common areas and street, it was perfect for my two nights stay in Turkey’s magical fairy land. You will see why in my next entry.
Posted by Tania at 1:00 PM