I have heard about the famous Ipoh Road Yong Tau Foo but rarely had a chance to venture out there until recently when my mum suggested we head there for brunch. It was then she also discovered that they had just shifted from their shop house to a bigger and more visible lot just after the flyover road. 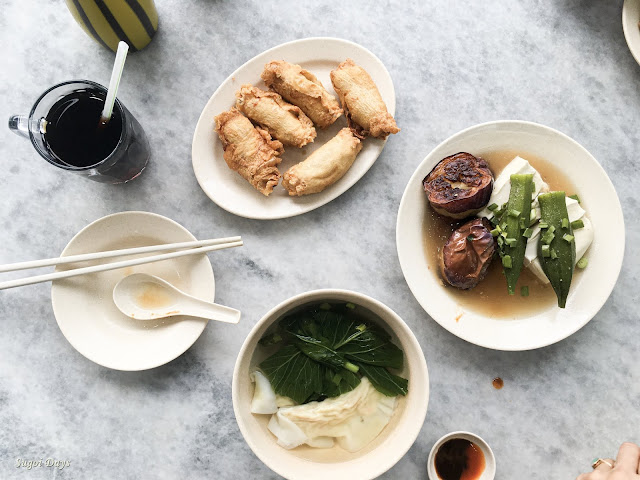 We were unwittingly early when we got there just after 9am so getting a table was no problem. Orders were taken down via a chit sheet and a waiter swiftly put in our orders to the kitchen. As we waited, it was hard resisting the aroma of the freshly baked pastries from one of the stalls. Besides chinese pastries,  Ipoh Road Yong Tau Foo is also renting the space to other food and drink vendors. We ended up ordering from pastries and rojak after the main meal. Speaking of which, it didn't take too long for our food to arrive. 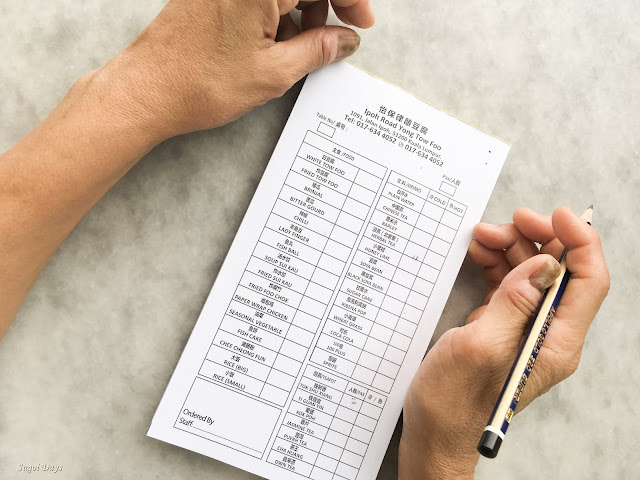 We basically went with our whims and fancy and ordered steamed and fried tow foo, brinjal, ladies fingers, soup and fried wonton/ sui kau and fried foo chok. I loved both version of the tow foo with the texture being silky yet firm enough that it doesn't fall apart so quickly. The fish paste and soup added a well balanced flavour to the otherwise simple ingredient. 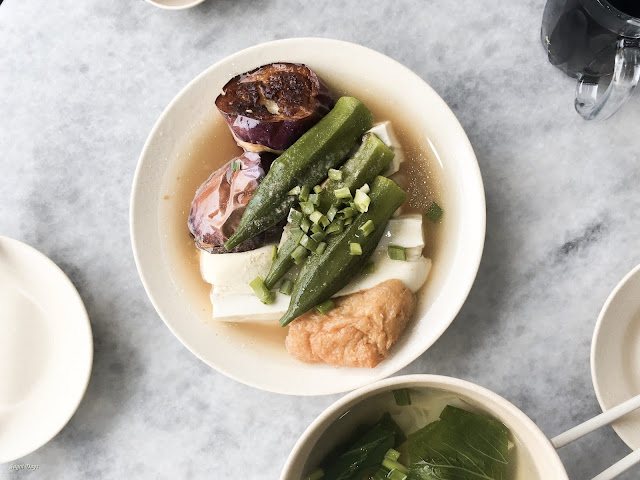 Personally we found the wonton/sui kau meat a tad too thick which overwhelmed the skin's flavouring. The ladies finger was crunchy and the brinjal, I felt was too oily for my liking. We over-ordered on the fried foo chok and ended up tapauing the extra. Truth be told when we ordered it, we had assumed it was just the foo chok skin and didn't know it came wrapped around more fish paste (facepalm) 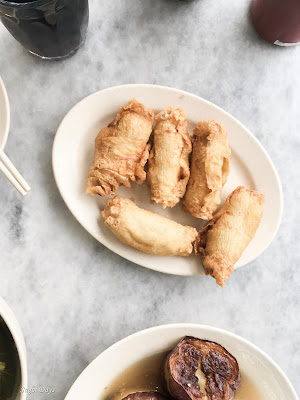 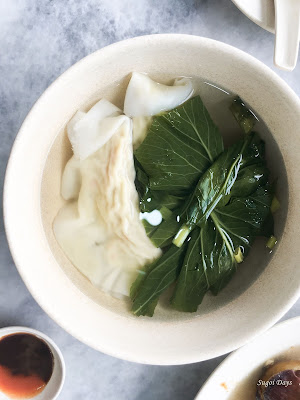 The total Yong Tau Foo bill amounted to RM37 for three people inclusive for two drinks which wasn't too bad for me. 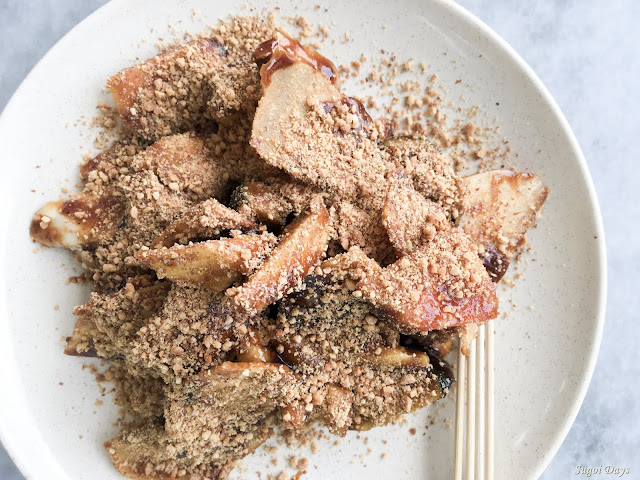 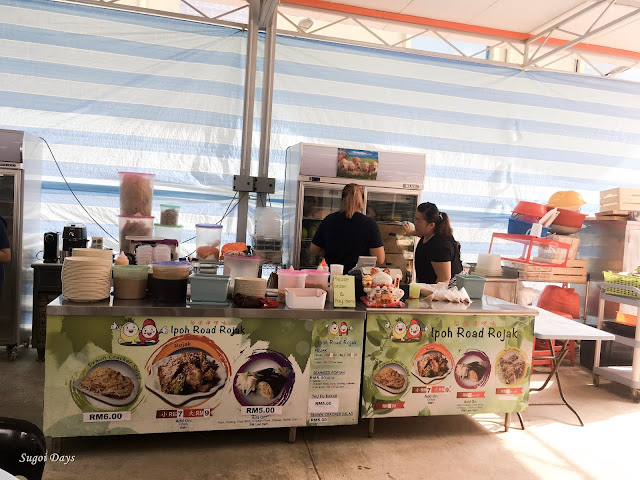 The rojak we ordered after as a palate cleanser was a generous portion of fruits and vegetables with yummy sweet sauce and crushed peanuts. The crackers were too thick though but the fruits used were perfect - sweet. sour and crunchy.  RM7 for a small and RM9 for a large. 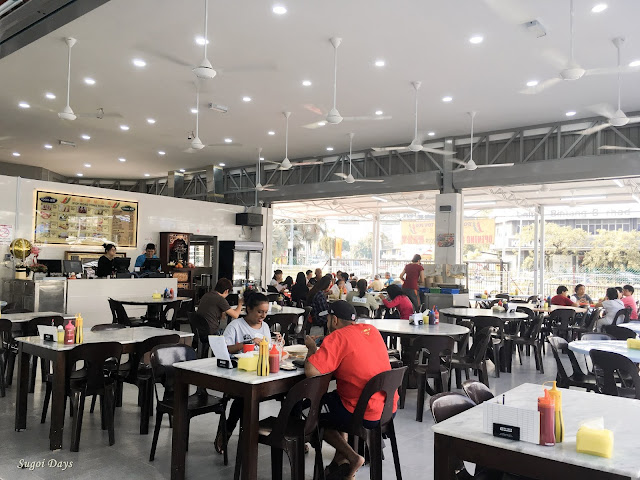 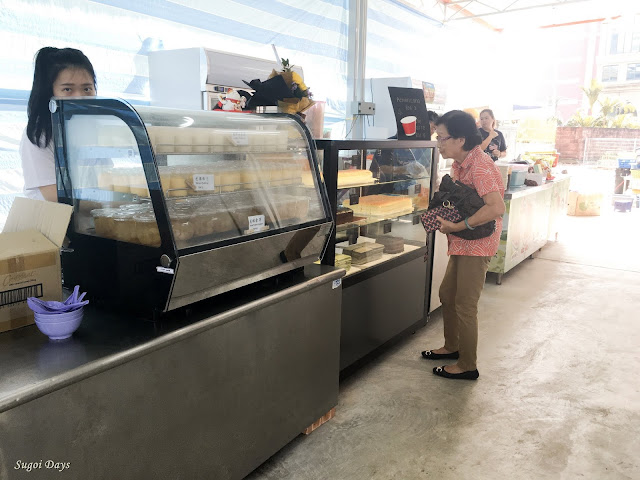 The new Ipoh Road Yong Tau Foo is just a stone's throwaway from the other popular Yong Tau Foo restaurant - the Segambut Yong Tau Foo so if you feel like doing a comparison, you can run between the two. You can't miss it if you're headed into Jalan Ipoh from Duta and Hartamas. Just remember to slow down and stick to the left for the entrance to the parking lot or you will end up going around Jalan Ipoh and making an illegal U-turn...like we did. 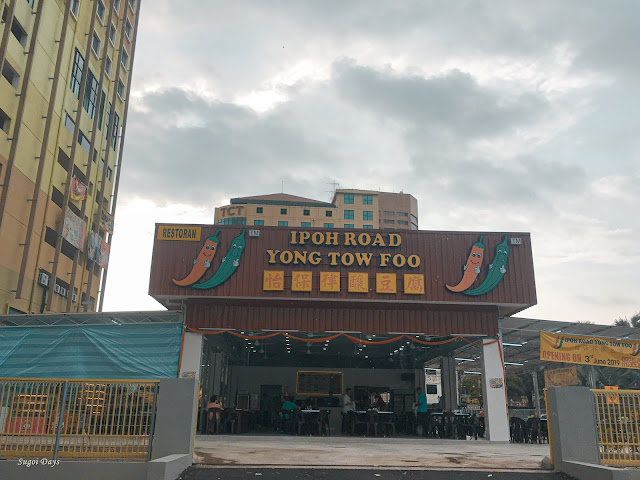