Christmas is just around the corner and I bet you must be wondering what special Christmas offerings are out there for that special occasion. Enter the Four Seasons Kuala Lumpur. Right in the heart of the city itself and neighbour to Petronas Twin Towers, Four Seasons is set to offer an extravagant buffet of sorts to grace Christmas. 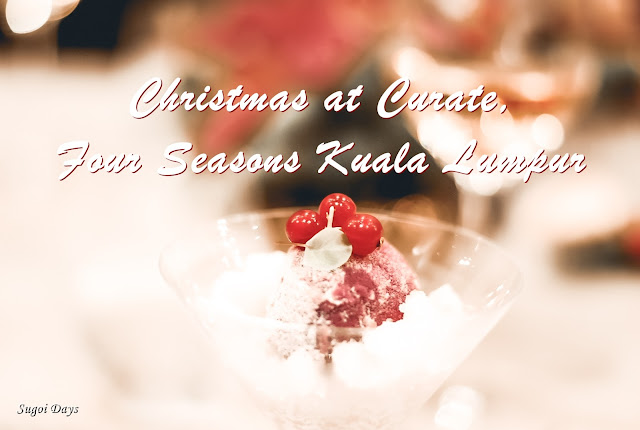 If you have the perception that buffet meals tend to be lackluster in choice or quality, then rest assured that you will find none of that sorts at the Four Seasons' Curate restaurant. Because ensuring that its spread is simply top notch is the primary concern of their chefs. And I am not saying that because I got to join the Four Seasons team for a sneak preview of their Christmas spread. I am saying it as a genuine lover of buffets and Christmas. 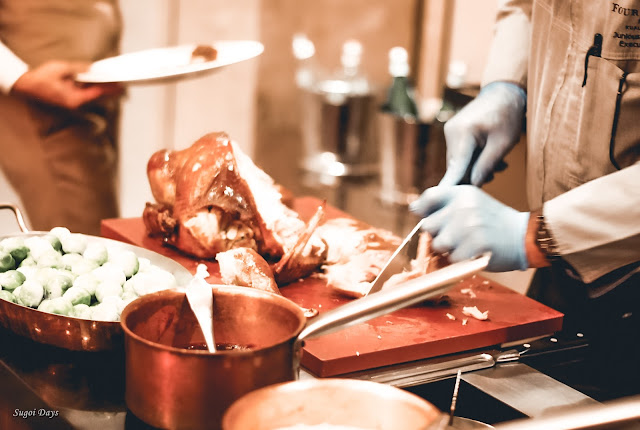 Be warned though to not read this when you're hungry with a danger of salivating. Let's get started then.

Our evening at Curate's private dining room (which you can book in advance for some privacy) started off on a good note with the Boston Lobster Salad with marie rose sauce, avocado foam and caviar. The lobster was fresh, slightly sweet and perfectly cooked that the meat peeled off from the shell easily. The sauce and avocado foam merely served to compliment the already sweet crustacean. With this lobster, I could easily go for seconds. 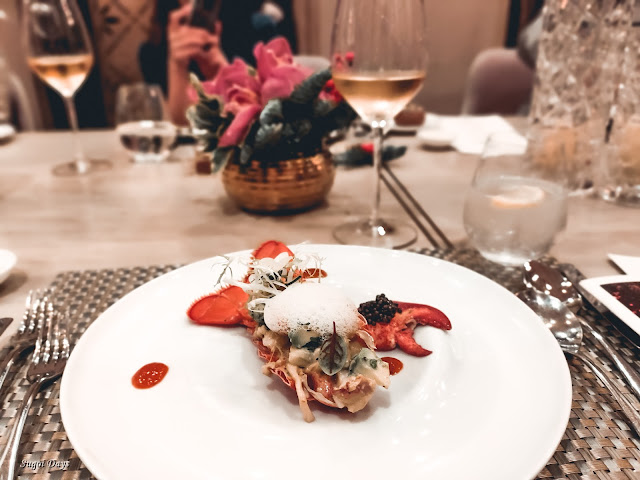 The second course was foie gras custard seated atop duck jelly with a touch of cranberry puree and served with sliced truffles and toasted brioche. Now, I am aware of the inhumane practice that goes into making foie gras and was almost hesitant to partake of this meal. I could only hope that it was sourced from humane farmers as I helped myself to a spoonful. Then another and another. It was creamy with a hint of fat that went nicely with the cranberry puree. 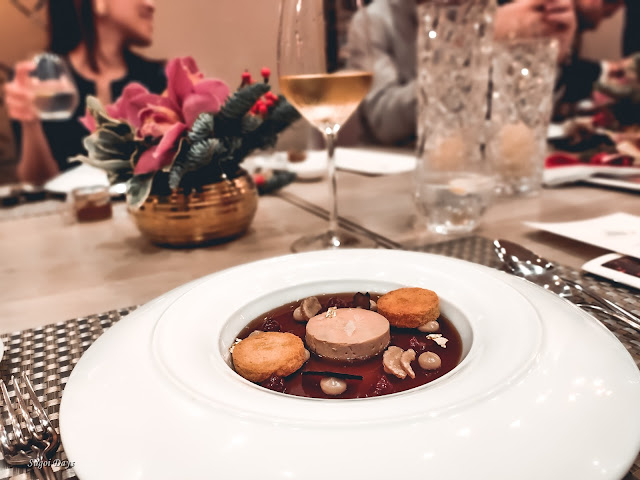 Next up was the smoked oyster stew served with spinach dumplings, pernod foam and baked oyster sauce. This was incredibly comforting and extremely rich with the taste of fresh smoky oyster lingering with each slurp. Had this not been a food review where everything was in smaller portions, I might have gone for seconds but as it were, I was quickly approaching my limit and we still had three more to go. 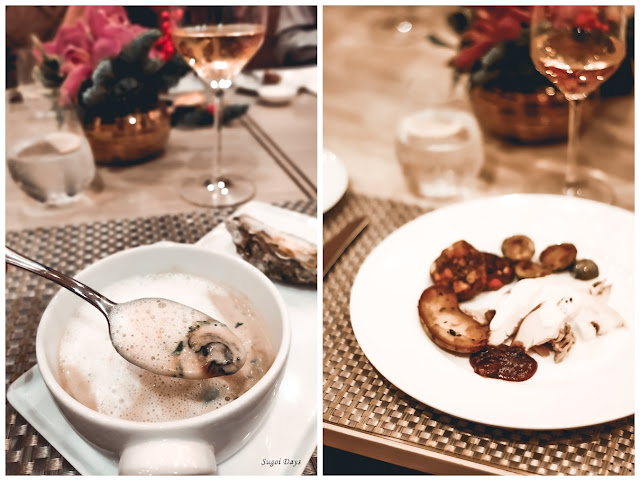 I know three out of six meals doesn't sound too bad but when each of them was made with only the best ingredients by the best chefs the hotel had to offer, rich quickly became an understatement. Thankfully, the next dish was a dessert rendition of my favourite mulled wine. Mulled wine sorbet with concentrated pear juice with steeped red currants and ginger confits. Refreshing was the word to describe this break and I almost wanted more. 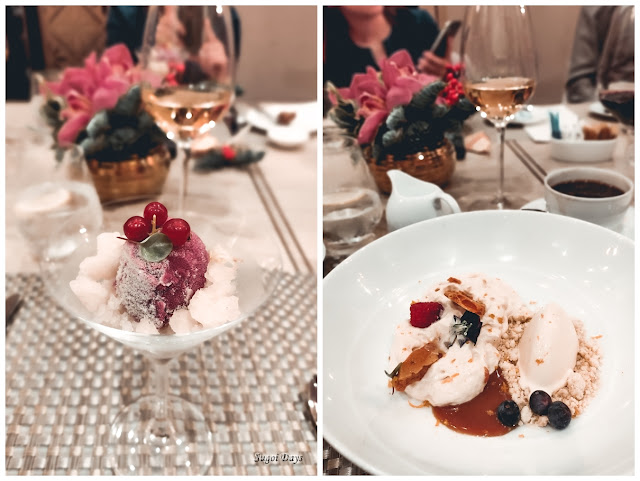 Then the turkey arrived. Rolled in on a trolley of its own and sliced up right in front of us by Chef Junious Dickerson. Now, turkey is one of those meat I tend to avoid as they can come off dry and tasteless without sauce. So imagine my surprise and that of our table mates when we dug into the white and dark meat and found it surprisingly juicy and tender. On top of that, the cranberry sauce went with it beautifully, the sweetness complimenting the turkey meat. 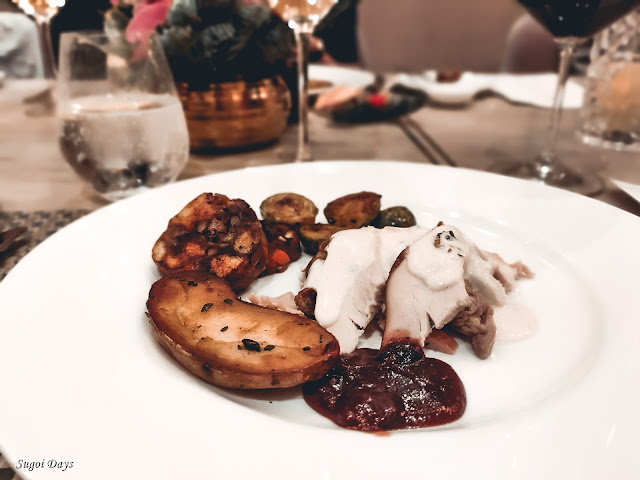 Dinner ended on a high note with their eggnog cream in dehydrated honey comb, caramel ice cream and milk powder crumble. As I basically licked the plate clean, I couldn't help but marvel at how nostalgic it tasted - kinda like horlicks and honeycomb chocolate, 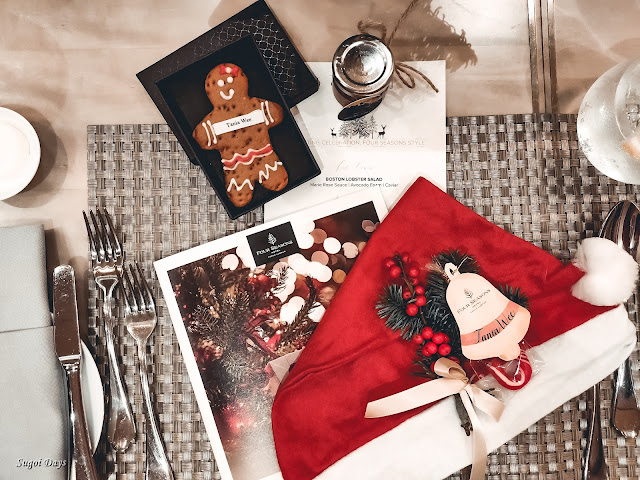 Perhaps before heading off into a food coma, cap off the night at Bar Trigona with one of their special Christmas drinks or any one of their carefully crafted cocktails and mocktails. I highly recommend anything of theirs with honey. 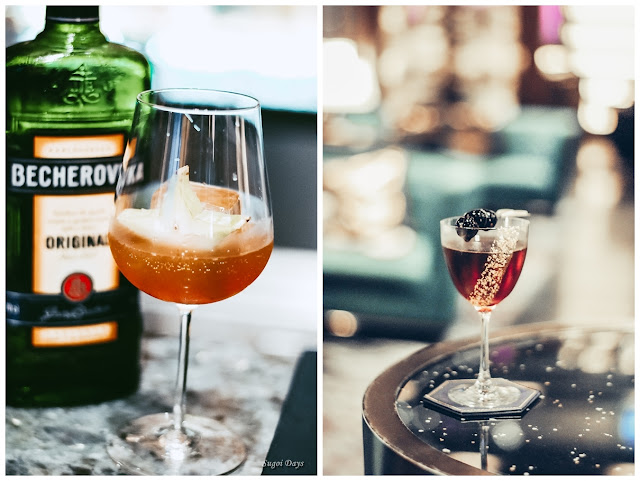 The Christmas Buffet at Curate, Four Seasons KL offers many other items besides what I had. Such as the festival classics like Minced Meat Pies and Orange & Gingerbread Yule Logs, along with Four Seasons delights like Chef Junious’ Roasted Turkey & Black Truffles, and Baked Flounder Stuffed with Crab Imperial.Young guests are sure to love the Kids’ Corner, with Christmas candy and colouring activities. 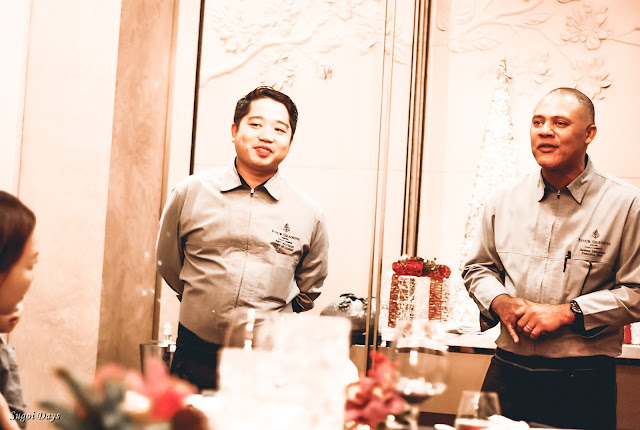 This Month At Four Seasons KL
But of course the Four Seasons has many special occasions lined up this month and next through its many eateries. Whether it's for high tea or an intimate meal, just have you pick of the following:

New Year’s Eve Celebrations
Ring in 2020 at the most celebrated restaurants and bar at Four Seasons Hotel Kuala Lumpur. Gastronomes, make your way to Yun House for a high-end Cantonese feast and coveted views of midnight fireworks. The signature menu for the final night of the year puts premium ingredients centre stage, elevated by the artistry of Chef Jimmy Wong and his team. Savour tantalizing creations like Braised Five Head Abalone with Fish Maw, made with abalone flown in from South Africa and braised in Chef Jimmy’s secret sauce for seven hours. For intimate celebrations, book a private dining room at this prestigious manor-style restaurant. 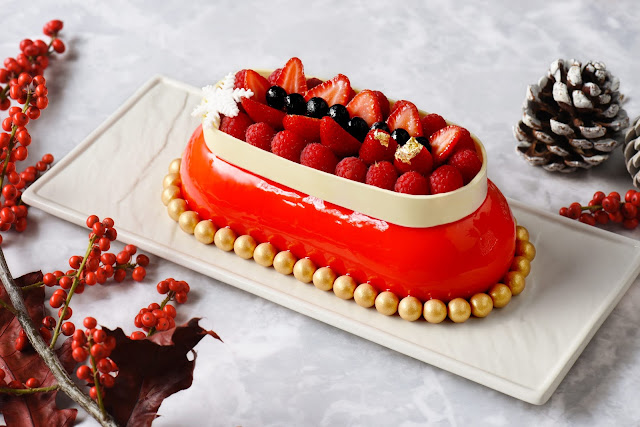 At Curate, a spectacular international spread awaits, along with magical views of fireworks. Tonight’s special menu is curated by Chef Junious and his team, bringing together their favourite recipes from throughout the year. Embark on a flavour-infused journey around the world, from Classic Roasted Crown of Turkey and Barramundi Ikan Bakar in Banana Leaf, to Lamb Lal-Maas Simmered with Red Kashmiri Chilies and Lebkuchen German Gingerbread. Epicures can also snack on a bevy of fine foods: T’Lur local caviar, Foie Gras, Fine de Claire oysters, chilled Boston lobster, artisanal cheeses and premium chocolates.

Countdown to 2020 with your favourite people while dancing the night away at Bar Trigona, one of Asia’s 50 Best Bars 2019. Sip bespoke cocktails crafted by award-winning mixologists, served alongside sweeping views of Kuala Lumpur’s glittering skyline. With a live band in the house and front-row seats to the extravagant midnight fireworks show, say hello to 2020 in style. 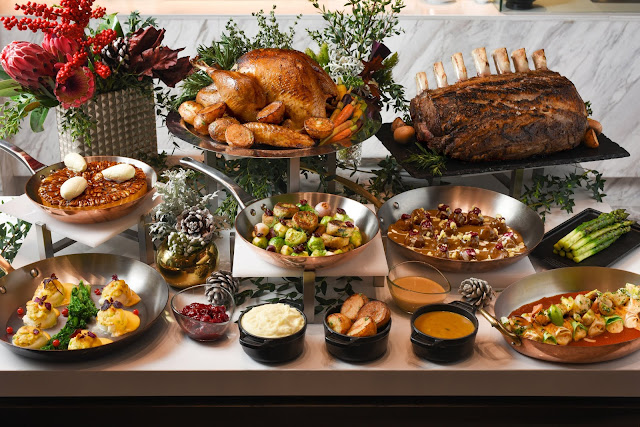 KL residents can also spoil loved ones with festive takeaway. Let Four Seasons do the cooking while you spend quality time with the family. Choose from a selection of mouth-watering holiday treats, including Roasted Turkey, Salt Crusted Prime Rib, Yule Log Cake and Gingerbread House.

New Year’s Day Celebrations
The celebrations don’t end on 31 December! Spend the first day of 2020 with loved ones as you discover special Four Seasons menus, designed to delight. At Curate, the inaugural brunch of the year features a tantalising spread with fresh coconuts and eggnog. Bring your appetite along to enjoy an array of international delicacies – from the US, Spain and Australia, to India, China and of course Malaysia. Marvel at the culinary team’s skill as they toss and carve your curated plate. 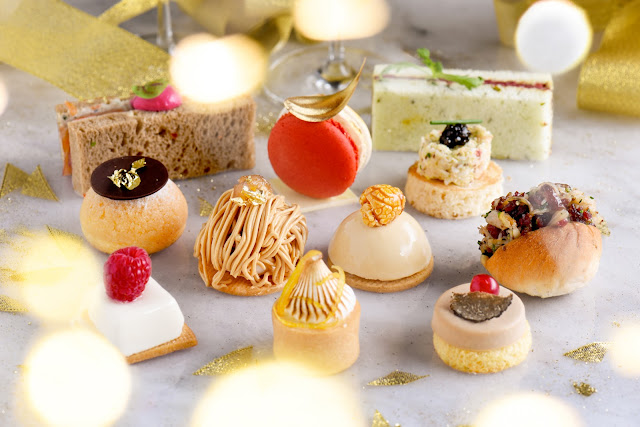 For those who prefer a later, lighter start to the year, The Lounge presents a luxurious afternoon tea. Savour a selection of finely cut sandwiches, freshly baked scones with clotted crème and marmalade, and exquisite pastries. Sip signature tea or Champagne as you sample Chef’s special creations symbolising prosperity and joy in the new year, including Boston Lobster, Sturgeon Caviar , Foie Gras, Duck Prosciutto and Cassis Crème Brûlée.

For reservations for any of the above, call 03-2382 8630. As Four Season KL's festival offerings tend to get booked up fast, I suggest you do it soon!
Posted by Tania at 1:15 AM