To recap, I spent my morning exploring some parts of Nagasaki and then drove to Takeo, Saga to visit the Teamlab Borderless exhibition in Mifuneyama Hotel and the gardens. Our final stop before Fukuoka was Itoshima, a lazy seaside town an hour's drive away. The journey to get there from Takeo had us heading off the main highway and into the countryside, alongside clean rivers, mountain passes and some of the steepest and loopiest overhead roads ever to be installed into the side of a mountain. Definitely one of the most memorable drives of that trip - the other being the near zero visibility driving down Mount Aso. 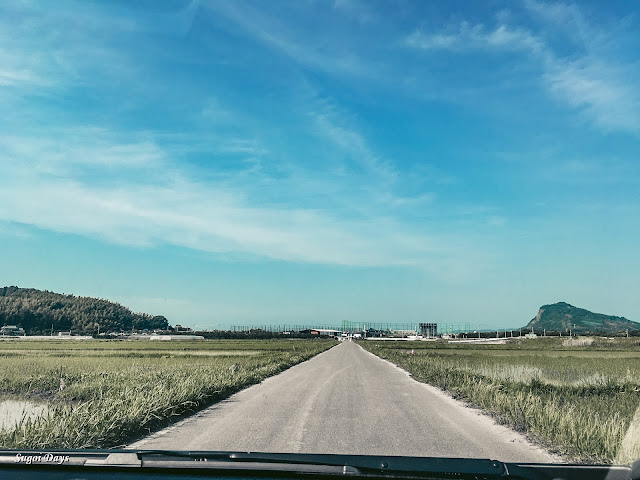 Itoshima is best reached and explored by car as there are no trains to its main attractions along the seaside coast. On our way to the coast, we made a stop at Suginoya Brewery, a beer factory that also had reasonable beer, sake and wine. There was no brewery tour but they do have samples in their shop. Just make sure you have a designated driver if you're planning to enjoy a glass or two. Or three or four. 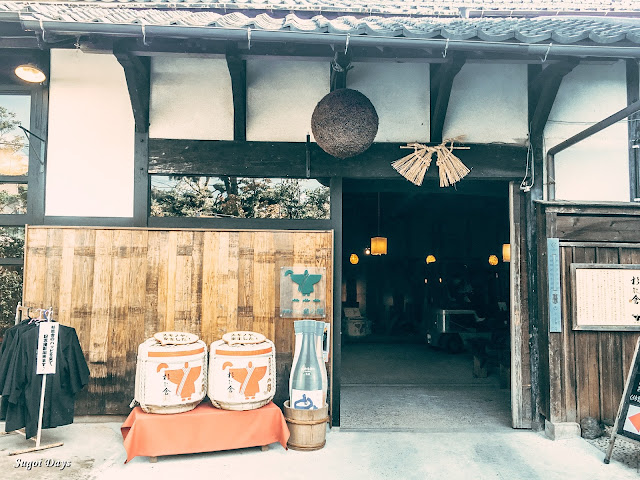 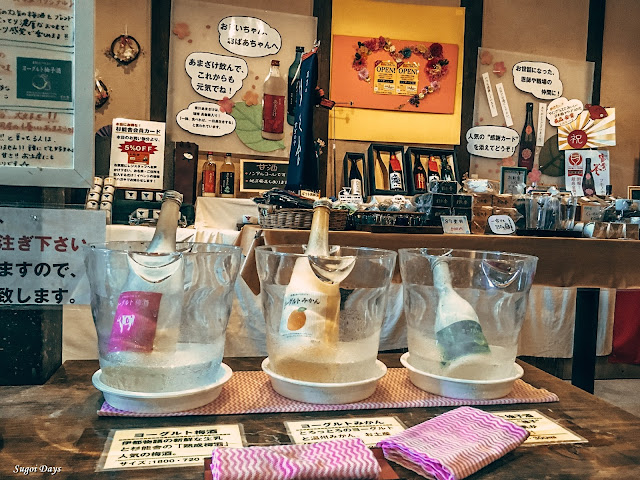 Our next stop was one of the iconic landmarks of the area - the palm tree swing. The beach was super nice to chill at with friends to take photos and just play in the sand. The palm tree swing was quite popular with locals so be patient for your turn. We were lucky that it was bright and sunny when we visited. 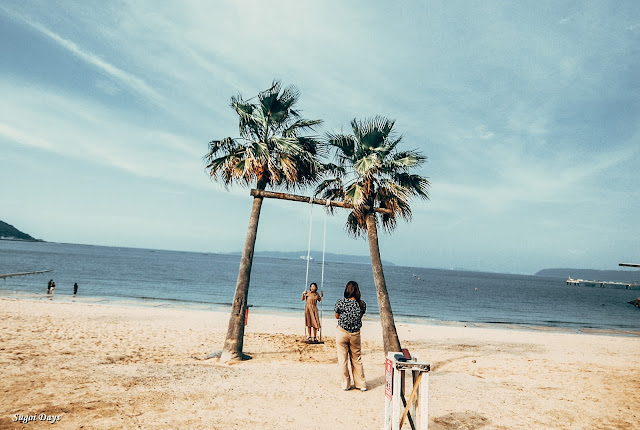 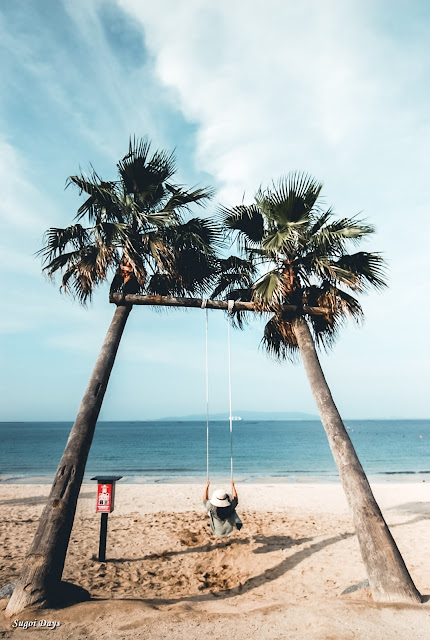 Our next stop, Sakurai Futamigaura was a beautiful scenic spot overlooking the Genkai Sea. It was one of Japan's 100 scenic sunset beach, evident by the number of locals there that day.. It was believed that the Shimenawa, the straw rope that connected the two married rocks, had the power to keep off evil spirits. Some also say it symbolises a happy marriage. Either it made for a very pretty backdrop. 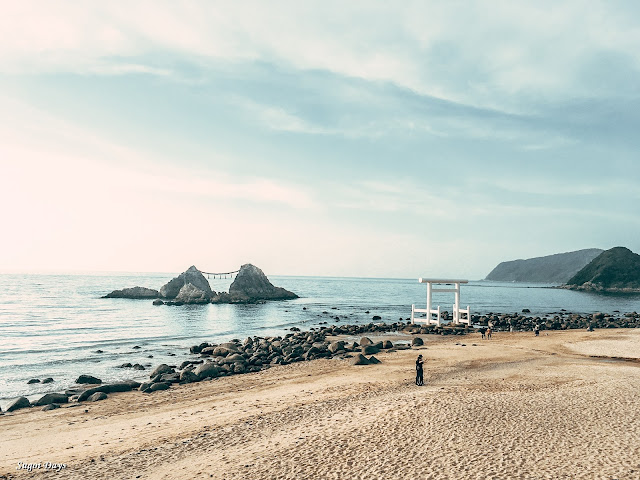 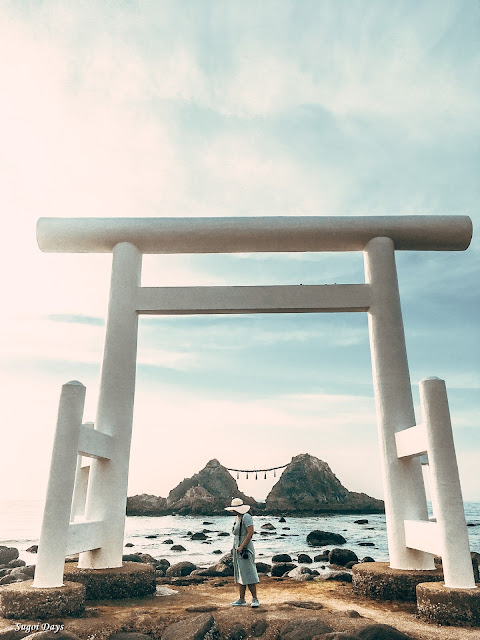 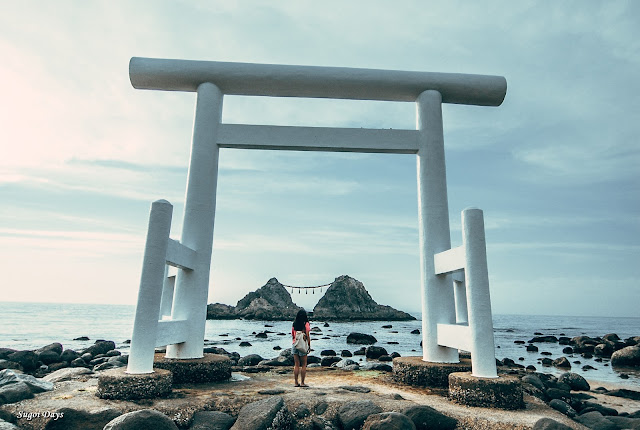 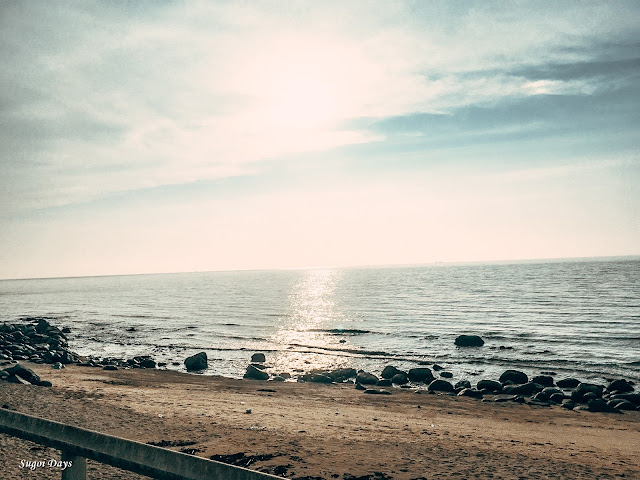 Sadly we couldn't stay for sunset as our next stop was Ichiran no Mori,  a 20 minutes drive from Sakurai Futamigaura, For all ramen lovers, this place was a must visit especially if you're a fan of Ichiran Ramen. This was one of two Ichiran's factories that made and distributed the noodles and soup to all of its outlets nationwide. The manufactoring plant also doubled as a museum, restaurant and souvenir shop which was unfortunately closed when I was there. 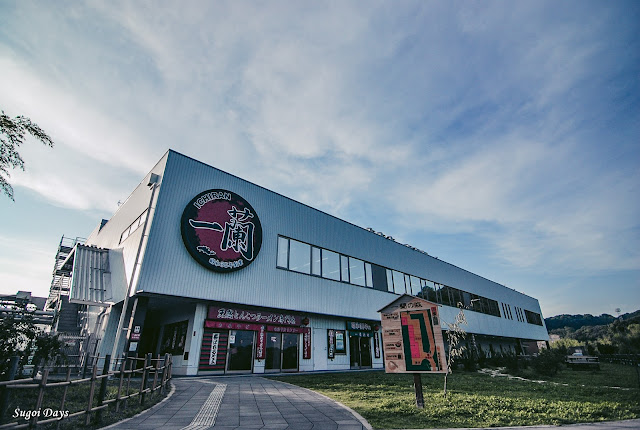 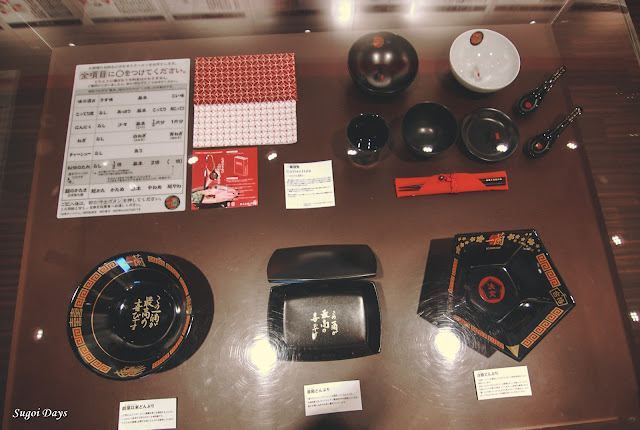 We ordered our food via the vending machine as per usual, customised it on the chit sheet and were seated at a table for four as the booth seating area was closed. I guess it was meant for busier days. The ramen was as usual superbly good and I couldn't ask for more. Except for the souvenir shop to be open. 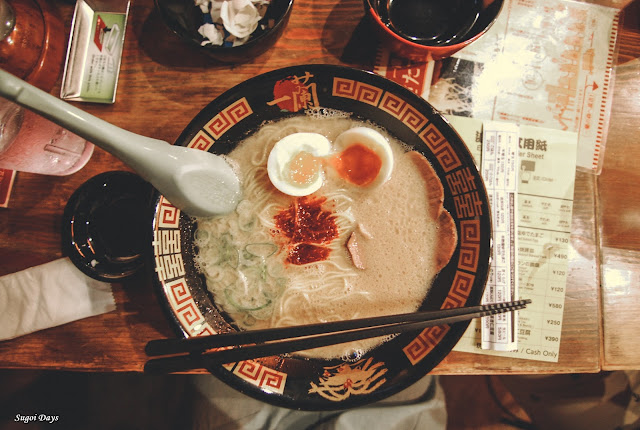 As we were leaving Ichiran no Mori, saying farewell to the bamboo-lined trails and gentle Japanese music (yes they had that on the walk in), we were lucky to catch a glimpse of the salted egg-yolk like sun about to set in the distance. 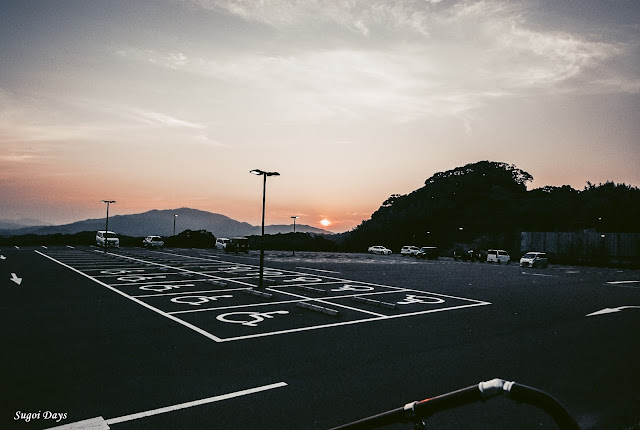 Wow, we ate dinner so early in anticipation of the drive back to Fukuoka, checking into the hostel and having to return the car after. I purposely picked to return my car near my hostel so that I could just walk back after dropping it off but man, was I pooped after a whole day of driving across three prefectures. 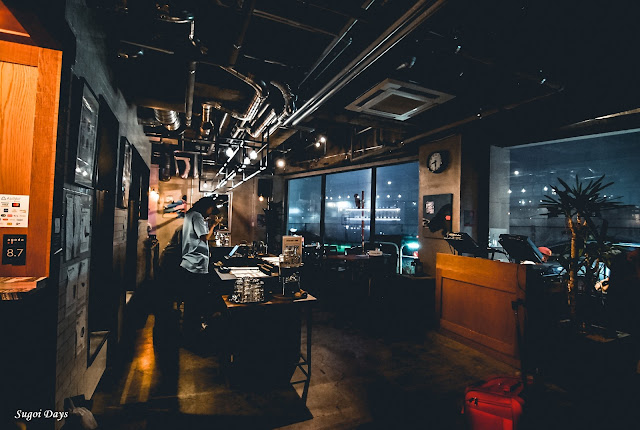 Stay tune for the last leg of this trip in Fukuoka.
Posted by Tania at 9:00 AM