10 Most Amazing Mosques in Selangor

Selangor is home to various cultural and religious tourism attractions as Malaysia is well-blessed with cultural diversity. As we are now in the Ramadan month, here is a list put together by Tourism Selangor on 10 most amazing mosques in Selangor, shall you plan to visit the State this Ramadan, or in the future. 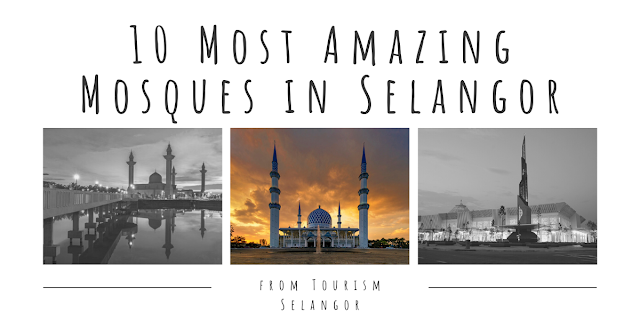 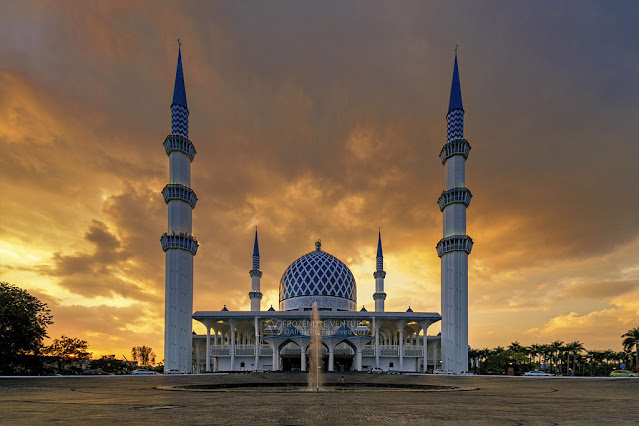 The Sultan Salahuddin Abdul Aziz Shah Mosque is the State Mosque of Selangor located in Shah Alam. It is the largest mosque in Malaysia and second largest in South East Asia. The mosque is also widely-known as the “Blue Mosque” with reference to its majestic blue and silver dome and is a result of interesting architectural features and stunning interior with a combination of modern and traditional Middle Eastern and Malay designs. It can accommodate 16,000 people at one time and offers various facilities to its visitors. 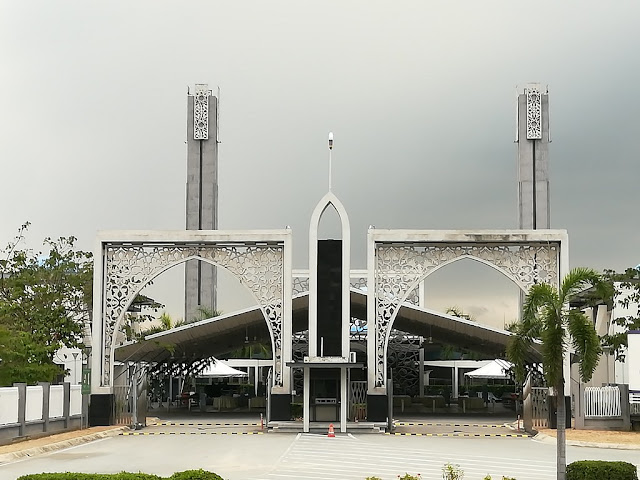 Puncak Alam Mosque is the first largest mosque in Puncak Alam. The mosque which covers 9.5 acres can accommodate approximately 5,000 worshippers at one time. Officiated in the year 2015, the mosque features modern mediteranian design concept and is also equipped with convenient facilities.
3) Sultan Abdul Samad Mosque 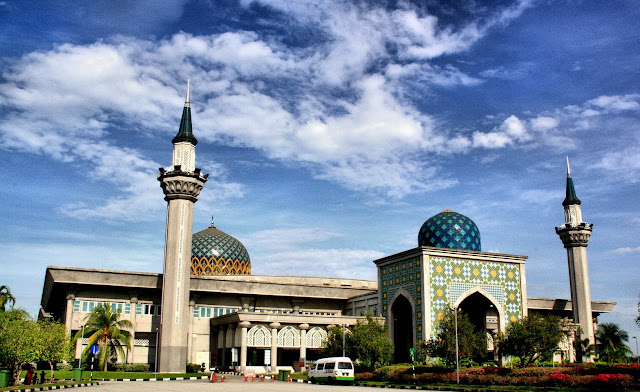 The mosque is located in Sepang and can be seen if you are making your way to Kuala Lumpur International Airport (KLIA). Sultan Abdul Samad Mosque is also known as the KLIA Mosque to tourists and it was built in conjunction with the opening of KLIA in the year 2000. The design features architectural influence from both Middle Eastern and Malay cultures and the mosque can accommodate 8,000 worshippers at a time.
4) Sultan Suleiman Royal Mosque 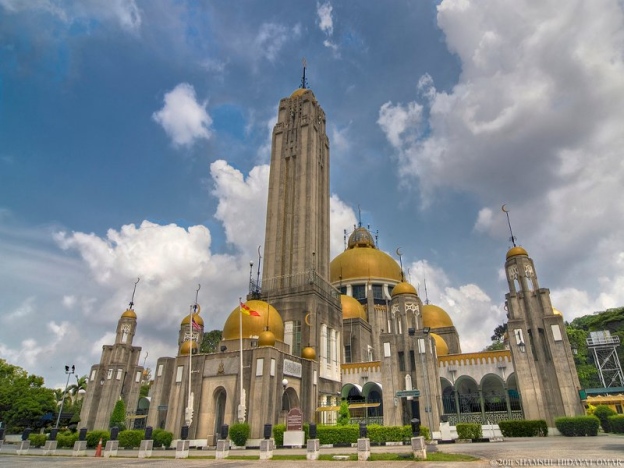 The Sultan Suleiman Mosque also known as the Royal Mosque is located in Klang and was inaugurated by Sultan Alauddin Shah in the year 1932. The mosque which was built as an octaonal garden pavillion-style structure also features a combination of western art decoration and neoclassical Cathedral design. It was closed temporarily in 2015 and resumed operation in 2017 after an upgrade, and continues to become a popular mosque to Klang residents and tourists until today. 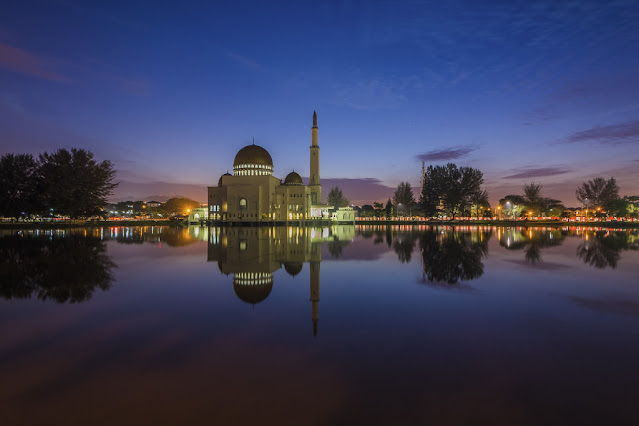 As-Salam Mosque located in Taman Puchong Perdana is also known as the Floating Mosque; the one and only in Selangor. The mesmerising golden dome as well as its extraordinary location within Puchong Lake are some of the reasons why countless of people have visited this mosque. It was completed in 2006 and can accommodate 4,000 worshippers at one time. It is also extremely beautiful in the evening and at dusk. 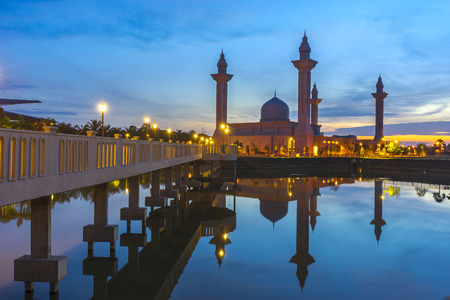 Tengku Ampuan Jemaah Mosque is a mosque located in Bukit Jelutong, Shah Alam. It is the second State Mosque of Selangor after the Sultan Salahuddin Abdul Aziz Shah Mosque. It was built in 2010 and officially opened in March 13, 2013. The exterior is mainly decorated with inscriptions from the Quran and the clean design is based on typical Middle Eastern Islamic architecture. It also features a central dome and four massive identical minarets. The mosque can hold 5,000 worshippers and also serves as a community centre.
7) Raja Haji Fi Sabilillah Mosque 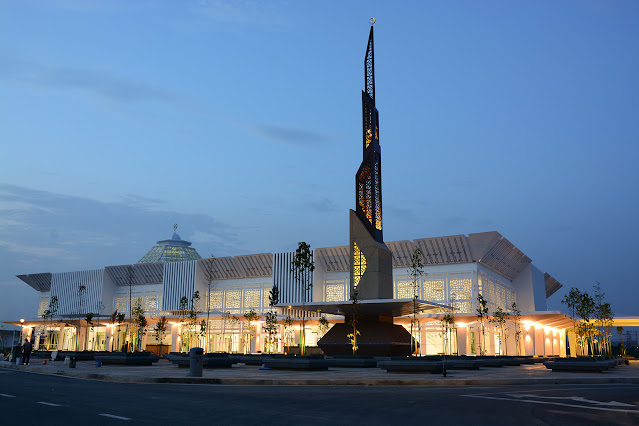 The mosque which was opened on June 22nd, 2016 became the first mosque in Malaysia to receive a Platinum – Green Building Index award. It is located in Cyberjaya, a town 30 km north of KLIA, and also known as the Green Mosque as it was constructed based on environmental-friendly concept. The mosque uses energy-efficeient LED lights, natural air ventilation, rooftop solar panels and a rainwater harvesting system to accommodate over 8,300 worshippers. Elevators for the elderly and disabled are available as well as a wedding function room and children’s playground.
8) Ara Damansara Mosque 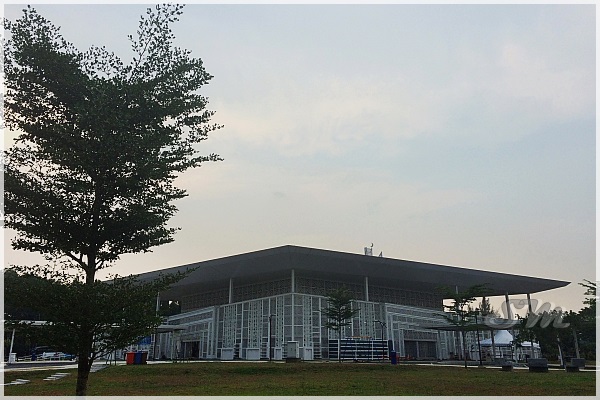 It is the first mosque built in the township of Ara Damasara, located in Petaling Jaya. It was officially opened in January 2015 and features exciting urban Islamic architecture. Occupying 6 acres of land, it can hold 1,500 worshippers at a time. Taking the Green Building Index concept, the mosque incorporates many environmental-friendly features. There is also a mini playground and other convenient facilities.
9) Jamek Ar-Rahimah Mosque 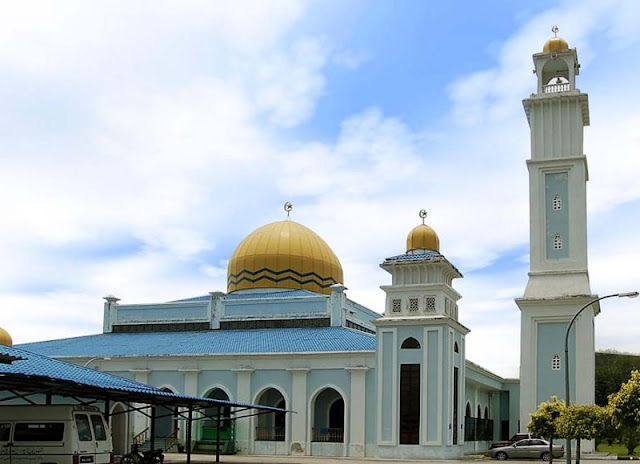 Jamek Ar-Rahimah Mosque, a mosque located in Hulu Selangor is mainly the centre of worship for the local community. The mosque is basically a preferred stop-over for muslim tourists before heading to Fraser Hills. It was officially opened in November, 2002, and can accommodate a total of 3,500 worshippers. The mosque features classic English concept with tall, elegant minarets. The mosque has a single large dome in the middle, flanked by four smaller domes on either side. 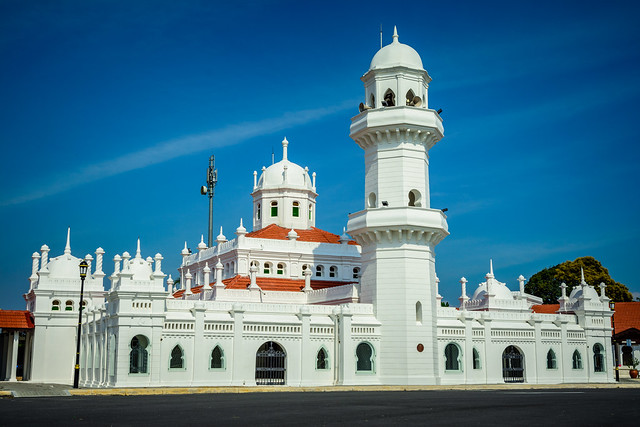 The mosque also known as Masjid Alauddin or Masjid Bandar was constructed in the early of 1900s and is situated about 200 meters from the Bandar Palace. It is almost a hundred year-old and can only hold approximately 800 worshippers at a time. The mosque has become a historical monument of Selangor, with intricate wood carvings on the exterior, while the interior features inscriptions from the Quran. The design features a fusion of Indian-Muslim and Middle Eastern cultures.

Mosques in Selangor are not only must-visit places during festive seasons. Apart from being a place of worship, they are also open to tourists to experience the amazing architectural diversity. However, the capacity of the mosques is subjected to the SOPs set by the Malaysian Security Council post-pandemic. Those who manage to visit the mosques must always register their entry through “SElangkah: Langkah Masuk Dengan Selamat” or "MySejahtera" mobile application, maintain social distancing, apply hand sanitizers on a regular basis and wear face masks at all times.
For more information, log on to Tourism Selangor’s official website; Selangor.Travel.
Article was provided by Tourism Selangor
Posted by Tania at 3:41 PM