More than just the land of Kpop and Kimchi, South Korea is also home to some of the most scenic, historical and fastest marathon routes in the world. Imagine running along coastal roads and under cherry blossom trees in the springs and against a fiery backdrop of red and yellow in the autumn. 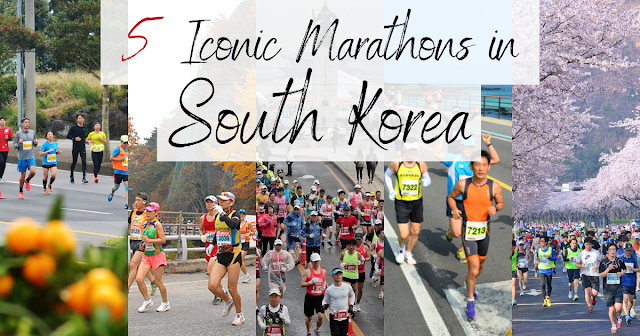 Marathon season in Korea starts in March, taking advantage of the cooler weather and carries on throughout April and May during which you will get to see fields of flowers come alive. Race season picks up again in October when the temperatures drop once more and the trees turn colour.

Here are my bucket list of marathons and races in South Korea.

Grab the opportunity to run alongside beautiful coastlines and beaches throughout the Jeju International Tourism Marathon Festival. The route goes in and out along the coastal, offering mesmerising views along the way. After your run, you can participate in the activities at the runner's village at the start and finishing line and enjoy a free flow of abalone porridge with a side of freshly made kimchi.
In addition, the Coastal Road Walking category was made available for those who just want to feel the comforting and serene vibe of walking along the shore without the added pressure of running 42km.
When: May (Spring)
Where: Gujwa life Sports Park, Jeju
2. Seoul International Marathon
The Seoul Marathon is Asia's oldest marathon event and the second oldest in the world after the Bostn Marathon. First held in 1931, the race gives you a tour of Korea's modern history, also referred to as “The Miracle On the Han River”. The race starts from Gwanghwamun palace -the very heart of South Korean Capital, passes through the city hall and Cheonggyecheon - a testament of Korea’s modern history, and ends in the Seoul Olympic Stadium where 1988 Summer Olympics was held.
Runners will enjoy running this course as it's one of the fastest courses in Asia and great for achieving personal best timings for World Major Marathon submission. It's the also the only IAAF Gold Label competition in Korea
When: May (Spring)
Where: Gwanghwamun, Seoul
3. Chosun Ilbo Chunchon International Marathon
The Chuncheon International Marathon is a favourite among locals and for a good reason too. The scenery around Soyangho Lake and along Hoban Street in autumn is stunning, making for memorable photos of the run. Having started in 1946, this running event is the second oldest marathon in the country after the Seoul International Marathon and sponsored by major daily paper, The Chosun Ilbo.
It's also one of the two races in the country that holds an IAAF Silver Label status.
When: October (Autumn)
Where: Chuncheon, Gangwon
4. Jeju Mandarin International Marathon
Listed as the “New Seven Wonders of Nature”, it's no wonder that Jeju Island annually hosts two marathons. In tribute to its famous sweet mandarin oranges, the Jeju Mandarin International Marathon is held in conjunction with the Seogwipo International Citrus Pre-Expo. Foreign participants will even get a 5kg box of mandarin oranges to remember the event.
On top of enjoying the finest mandarin oranges, runners can enjoy the crisp fresh air while seeing the beautiful autumn scenery along the route.
When: November (Autumn)
Where: Jeju World Cup Stadium, Jeju
5. Gyeongju Cherry Blossom Marathon
Gyeongju is the place to be during the spring season to catch the stunning pink blanket of the city's cherry blossom trees. Better yet, why not plan your trip to coincide with the Gyeongju Cherry Blossom Marathon in April which gives you a unique perspective of its namesake?
The race will give you an opportunity to see a 2,000 year old historical city that was dubbed the museum without walls differently. Then at the end of it, you can rest under its spectacular cherry blossoms.
When: April (Spring)
Where: Bodeok-dong office, Gyeongju
---
Running abroad is a completely different experience compared to our Malaysian races and one I highly encourage for runners and travellers who don't mind putting some mileage in. Understandably, the planning and logistic arrangement can be tricky especially with a language barrier but I promise you, it will be worth it when you're standing at the finishing line with that elusive medal that few other Malaysians have obtained.
TIPS TO PLANNING A RUN-CATION
As someone who has taken part in races in Japan and Australia across different seasons and climates, here are my tips to getting you started for your run-cation planning:
1. Allow time to acclimatize 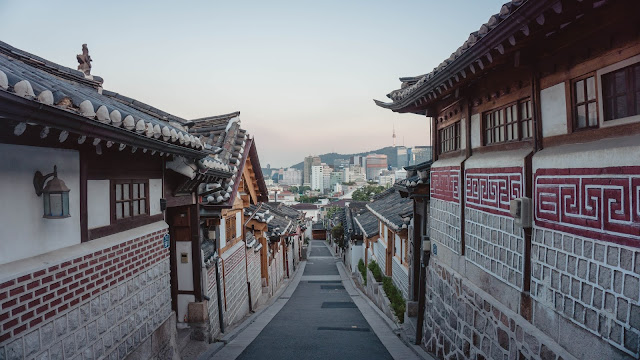 Our weather is grueling hot which is why running in a colder climate is akin to running in an airconditioned space. As pleasant as it sounds, our bodies need time to get use to the colder temperatures and drier air during these seasons. It usually takes about one to three days to acclimatize and to overcome jet lag so it would be advisable to fly in a couple of days earlier for you to rest, acclimatize, and also to fully enjoy the festivities of the run.
2. Location, location, location 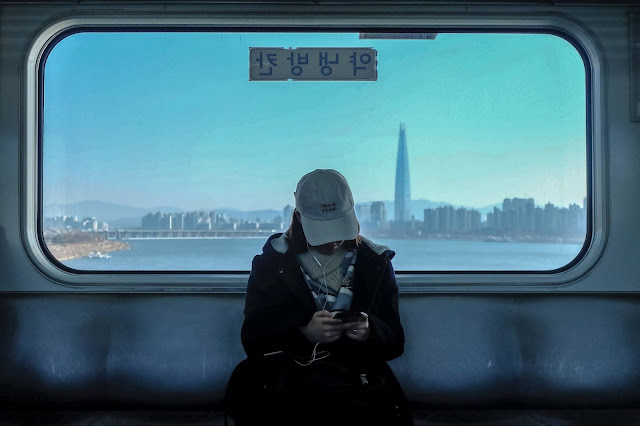 As soon as a marathon date is announced, accommodations tend to get snatched up faster than branded handbags on sale. So here’s a pro tip: As soon as you sign up for a marathon, book your accommodation on a hotel booking website that allows for free cancellations and date adjustments in case of plan changes after. My favourite booking site is Booking.com for obvious reasons.
If possible, try to book somewhere near to the finishing line or at best, near a public transportation station as the roads will be closed on race day.
3. Plan Your Pre-Race Day Meal
One thing I've learnt the hard way is not planning my meals before a major race. This has left me sitting a secluded KFC eating horrible fried chicken in Australia and munching on an super oily croquette at a cafe overlooking Shibuya. All runners would know the cardinal rule in the running world – “Do not try anything new on race day.” Abiding by this rule might be hard in Korea as the cuisine is just top-notch, be it a high-class restaurant or at a cafe. 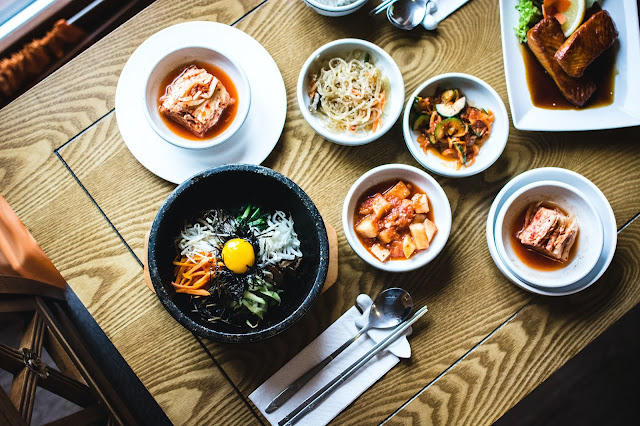 So prior to traveling, determine restaurants and eateries that offer food that you usually consume pre-race as part of your carbo-loading stage. Read up on reviews on TripAdvisor and Yelp.
Of course, you can also look for a travel agency that can take care of your race entry, accommodations and meals at one go. Some races are so popular that the best way to get in is just by opting for a complete race package.
While there are many exciting marathons in Korea, for those looking for a first time experience, these fives are the ones to go for. With an opportunity to fully immerse yourself in the country’s open hospitality and its people’s warmth, there is no better way to achieve the milestone of running a marathon in a foreign country as beautiful and diverse as Korea.
Posted by Tania at 9:51 PM