If you're looking for an off beaten path adventure in South Korea away from the usual touristy destinations then why not hop on a bus and head to Damyang! I only learnt about this destination recently via an online tour with Trazy, thanks to KTO Malaysia and my photographer side is just itching to visit Damyang after this pandemic. 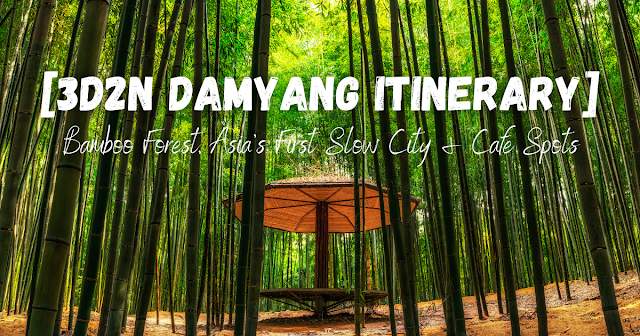 Damyang is both a town and a county located in the northern side of Jeollanamdo, one of the southernmost provinces on the peninsula. Damyang's claim to fame is its massive bamboo forest known as Juknokwon and was even named one of the top things to do in Korea in 2019 by the Korean Tourism Organization. As Damyang is located in the countryside, it provides a great way to break away from the hustle and bustle of cities and get some fresh air. 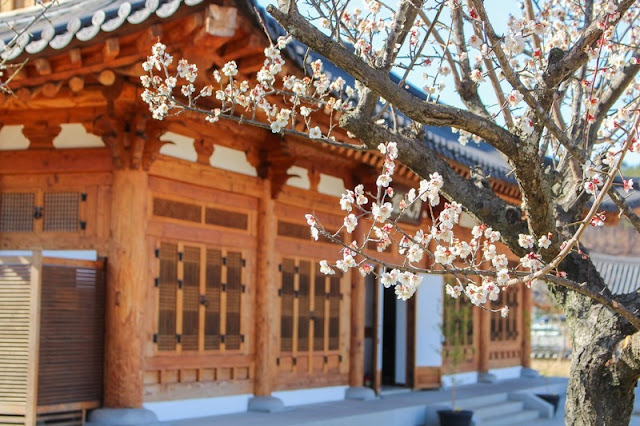 For a first time visit, I would allocate 3 days for this Damyang. I like to keep my itineraries chill and rush-free with plenty of time to spare for cafe hunting, getting lost and exploring new spots. So if your travel style is like mine, then this might be the 3D2N Damyang itinerary for you.
[Day 1] Juknokwon
8am: Catch the 8:10am bus to Damyang from Seoul’s Express Bus Terminal. It's approximately a 4 hours bus ride so I would recommend grabbing food and drinks from the combini. The worst state to be in when you reach a destination is hangry (hungry + angry). Trust me. 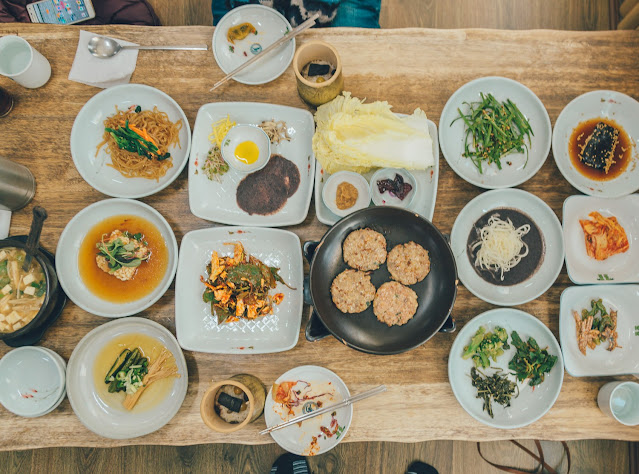 1pm: Once you've reached Damyang, let's head on over to its main attraction, Juknokwon. If you're ravenous by now, dig into some local specialty at Hyanggo Juknokwon, right outside the entrance to the bamboo forest. Try some delicious ddeok galbi and all its side dishes, including daetongbap, two dishes that Damyang is famous for. 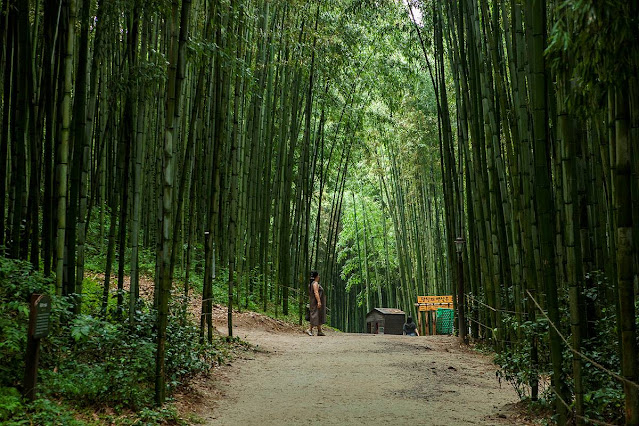 2pm: Once you have had your fill, time to walk it off! Revel in the fact that Juknokwon is the largest bamboo forest in all of South Korea and it's beautiful to visit all year round. Once upon a time, local craftsmen sourced their raw materials from here and there is a small museum situated within the forest that highlights its history to the locals. Here you can also try bamboo ice cream! 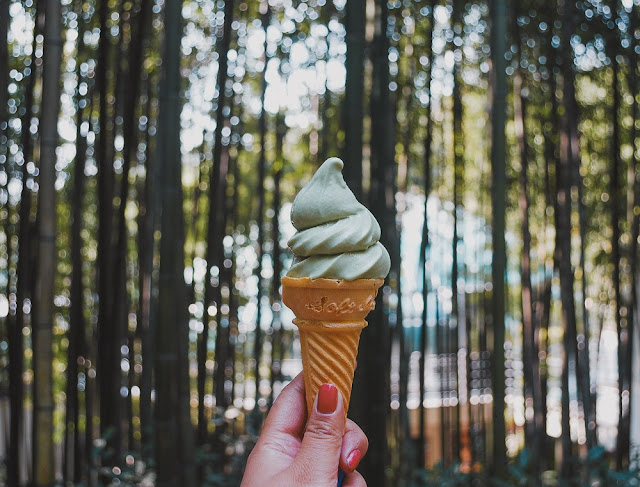 There are many trails and pathways around the forest as well as gorgeous pavilions for you to sit and relax with nature. Just remember to remove your shoes before entering.
4pm: Bonghwangnu Observatory offers a view out over Damyancheon river. There is a small cafe on the first floor if you want to get a drink after all that walking. You can easily spend half the day in Juknokwon but if time permits, don't miss out out Gwangbangjerim, which is right in front of the bamboo forest. 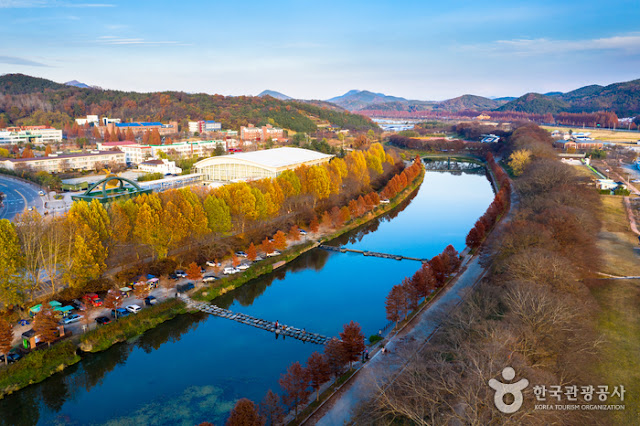 5pm: Located along Damyang's main river is Gwangbangjerim Forest where you will find a lot of little food stalls, bikes and paddleboats for rent if you want to hang out in the area. There is also parking for those driving into Gamyang. If you're feeling adventurous, you can cycle from here to the scenic Metasequoia Path. This boulevard of leafy metasequoia trees (planted in 1970s) was hailed as one of Korea's Most Beautiful Roads by the Korea Forest Service. 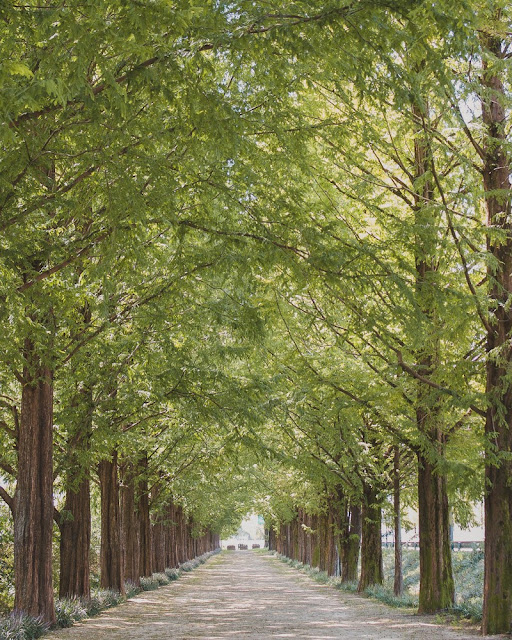 7pm: At this point, you might be exhausted from entire day of being on your feet so it's time to check into your hotel and find a place nearby for dinner (or just tapau from the combini). Spend the rest of the evening unwinding...and posting up the hundreds of bamboo and tree photos you must have taken to social media.
Cafe Spot: Damyang Jegua
This quint little cafe is just a short walk from the Gwangbangjerim. Seated within the frames of a retro building, Damyang Jegua is well-known for its bamboo tiramisu and signature bamboo milk. You can opt to dine in or takeaway, either way you get to keep your little bamboo cup from your tiramisu as a nifty souvenir. 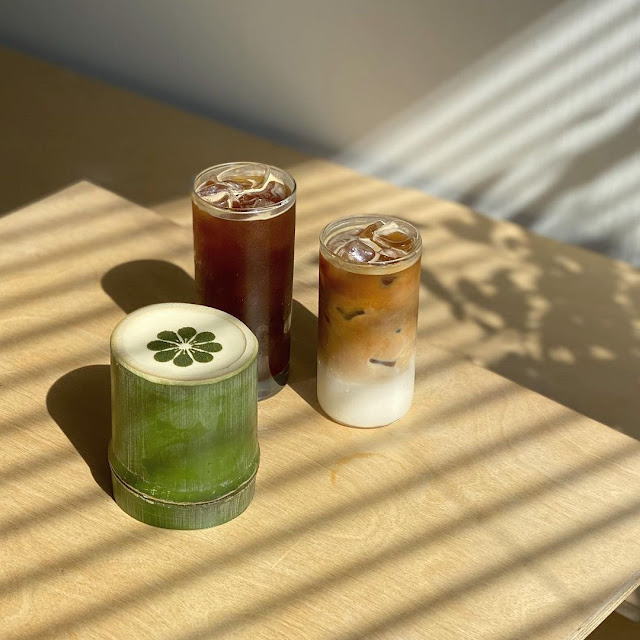 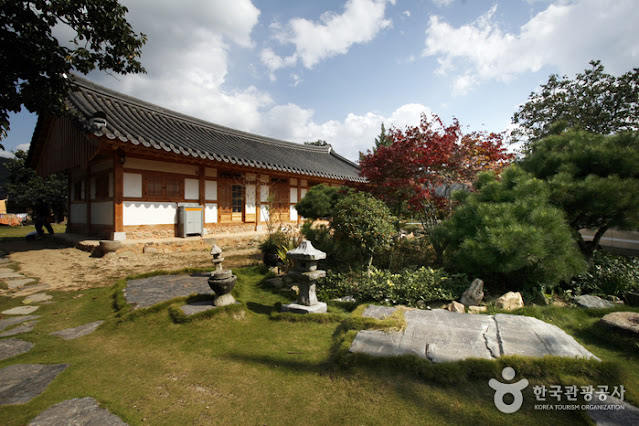 11am: Looking as though it is left behind by time, Changpyeong's name goes all the way back to early Goryeo period and it shows in its dusty roads, quainyt hanok-style stone houses and adorable tea rooms. You can enjoy regional cultures here such as tea ceremonies, cooking classes and artisanal workshops.
You can even try your hand at making traditional korean sweets and cookies such as Hangwa and Ssalyeot aka rice syrup. Have a taste of the fresh produce of the village as it is also a farming village that focuses on vegetables and fruits including tomatoes and strawberries. You will also be able to play with traditional Korean games (cough Squid Game cough), walk along the beautiful fields and taste the Korean cuisine cooked by the locals. You can visit the production company of Hangwa as well to learn more about the local treats.
3pm: Next off we go to Soswaewon Garden, praised as the best of Korea’s private gardens. Soswaewon Garden epitomizes the literati gardens of the mid-Joseon Dynasty. Nature and artificial elements are carefully harmonized in this woodland garden, which embodies the upright mind and restrained aestheticism of ancient Korean scholars. Even after 500 years, many still visit this garden which is said to be cultivating house of scholar spirit. 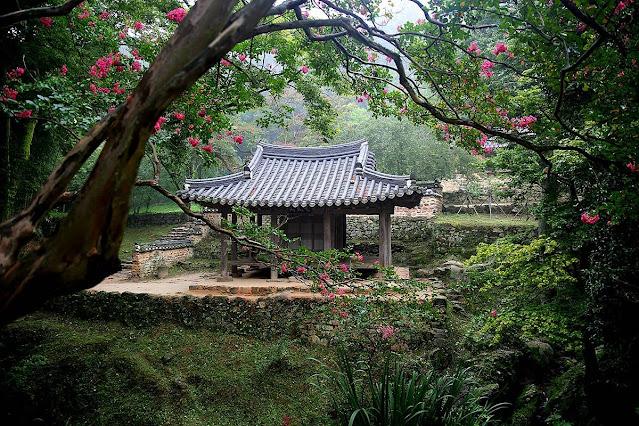 6pm: Start heading back to Damyang to explore the town and discover its hidden cafe spots. Chill and relax the evening away.
Cafe Spot: Doldam Cafe
The pretty Hanok Café Doldam is directly in Samjinae village. It has a cozy garden with amazing views of the fields and also great delicious desserts to offer! From the entrance to the interior to its garden, right down to its bingsu, Doldam cafe is downright Instagram-worthy! 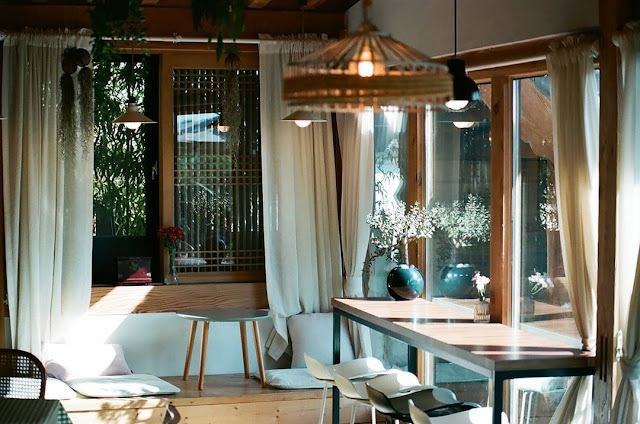 Address: 57 Doldam-gil, Changpyeong-myeon, Damyang-gun
[Day 3] Meta Provence
10am: After breakfast drop by Meta Provence - a French inspired village. The village is filled with pensions and small stores in brightly colored, European designed buildings– a far cry from its trapped in time slow city or its green bamboo forest. 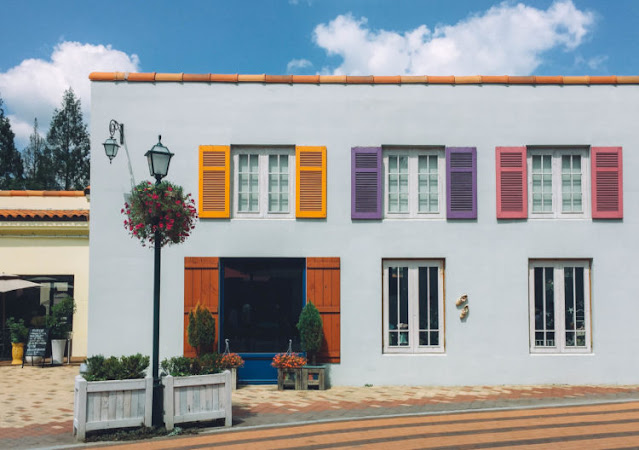 Of course, there’s a quirky little twist to this village. Very random structures including a giant head, a London-esque telephone booth, and French macaron seats fill the town making it feel like a mix of Europe and Korea in one. Spend the morning here before heading back to Seoul or to other parts of  Jeollanamdo.
Cafe Spot: Snoop Cafe
Be transported to a garden cafe in Europe at Snoop cafe located within Meta Province itself. Escape the sun and watch the world go by from its upper floor. Visitors have described the cafe as though it had just popped out of the pages of a magazine. Their egg tarts and scones are a must try. 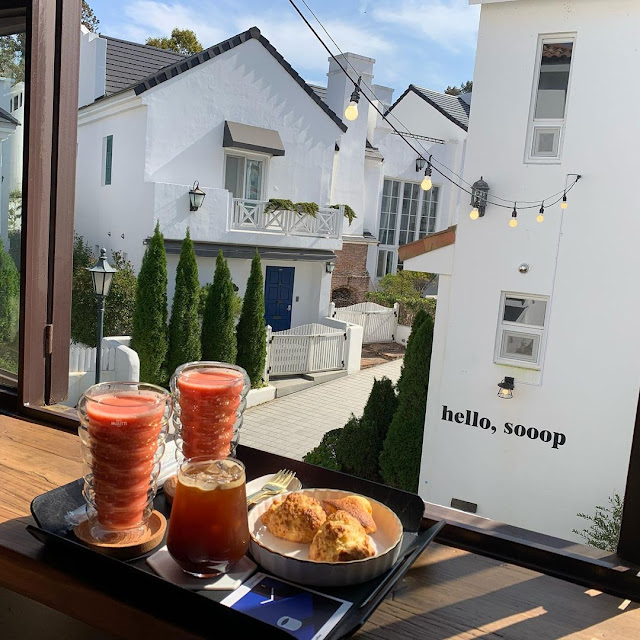 Address: 82C, Meta Provence, Damyang-gun
BEST TIME TO VISIT DAMYANG
Truth be told, anytime is a good time to visit Damyang as the countryside town offers many facates throughout different seasons. But for the best photos, spring and autumn are the best with winter coming in close if you want to see the ground caked in snow. Try to avoid the swelting heat of summer.
WHERE TO STAY
For the benefit of this itinerary, here are some city center based accommodation I've found and are fairly close to the attractions of this itinerary:
GETTING TO DAMYANG
Seoul - Damyang (W14,900/RM53 approximately) departure times:
Important: There is also a city called Danyang in Chungcheongbuk-do. Very similar name but an “N” instead of an “M” so don’t hop on a bus to the wrong location. Make sure you’re clear when purchasing tickets that you’re going to Damyang in Jeollanam-do.

You can take a bus directly from Seoul to Damyang daily at either 10am or 4pm. The nearly 4-hour ride costs W14,900. Buses also run from Incheon to Damyang, lasting 4 hours and costing W17,900. If you're driving, take the Honam Expressway (road 25 from Seoul) and follow the signs to get off at Damyang.
DAMYANG VIRTUAL TOUR
Of course, until borders open and travel restrictions are lifted, you can always experience Damyang from the comforts of home via this virtual tour with Trazy Tour. It's only 1 hour and so informative. The tour guide, Sangin Yoon has a very interesting way of presenting this tour through a combination of video records, slides and live presentation. You can even ask questions during the virtual tour of Damyang.

Have a taste of the Korean countryside before experiencing it for yourself in person with this 3D2N itinerary.
Posted by Tania at 10:56 PM

Such a beautiful place and full of aesthetic.