If you're my level of crazy or just desperate to travel and don't mind walking your feet to death around Seoul, then this is the itinerary for you. My DIY 4D3N itinerary covers mainly Myeongdong, Gangnam and Jongno-gu areas by train and foot. 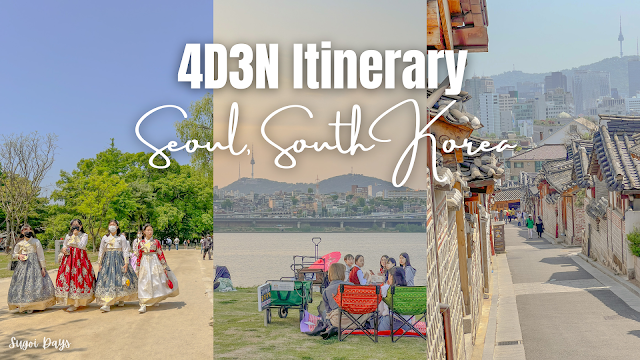 9am: From the moment I landed in Incheon International Airport, it was a blur of immigration, collecting my SIM card and getting my PCR testing done also at the airport. 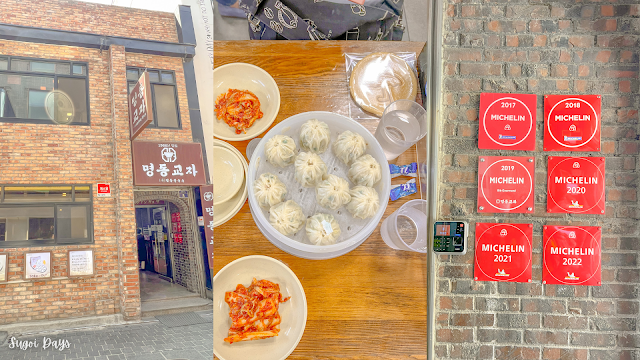 12pm: As my hotel was in Myeongdong but only open for check in at 3pm, my first stop was to the Michelin Star Mandu and cold noodles at Myeongdong Kyoja. After that, I walked over Myeongdong Cathedral and found a hidden gem of a cafe in the shopping terminal under the church called Coffee Libre. We proceeded to wander around Myeongdong, buying dalgona coffee and shopping until it was time to check in. 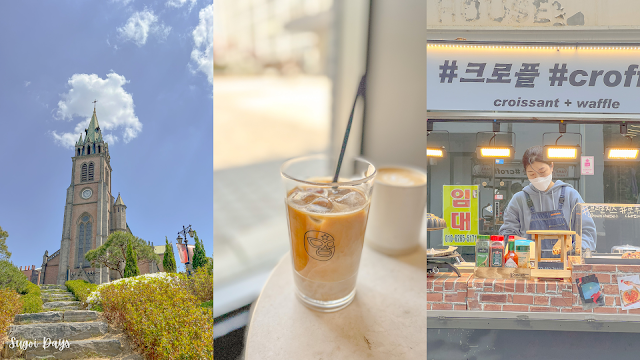 4pm: Namsan park was relatively nearby so we took a leisurely stroll over to explore the park and did some impromptu hiking. We however did not visit the famous N Seoul Tower as our next stop was to Cheonggyecheon park, a restored stream with walkways and greenery and in the spring, one of the locations for the Lotus Lantern festival. 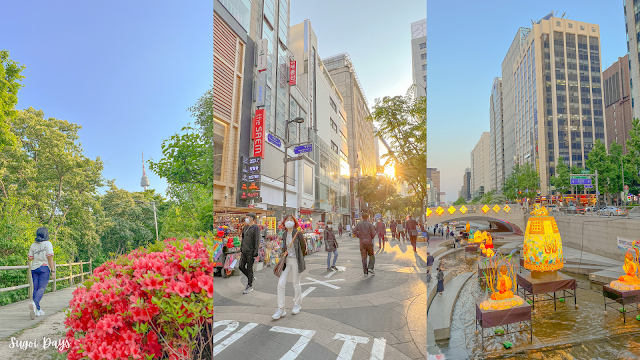 6pm: Best viewed when dark, we took a stroll along Cheonggyecheon stream, snapping photos as the sun set over the city. As it got colder as the evening wore on, we sought refuge and dinner in the nearby 7-Eleven conbini. There were actually plenty of eateries along the way but nothing can beat the cold quite like a hot pre-packed oden. Once it was dark, we headed out again to the see the lantern setup at the steam and it was beautiful. The park was very clean and everyone was respectful and mindful of each other without overcrowding, making the whole experience (despite the cold) very pleasant.

9pm: We headed back to Myeongdong and stumbled across a whole street dedicated to fried chicken and beers where the locals were hanging out after work. Quite a lively scenery I must say but by then, the lack of sleep on the flight had caught up and I only wanted to retire to bed, knowing that Day 2 will be even more taxing on myself.

9am - After a quick breakfast at the Coffee Bean near the hotel, we headed off to Songpa Naru Park aka Seokchon Lake Park and Lotte World Tower, the tallest tower in South Korea. While the N Seoul Tower was the more iconic tower of Seoul but what is a view of Seoul without the tower in it? 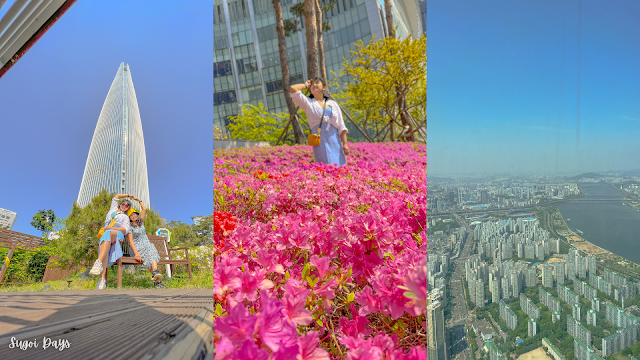 10am - The park around Lotte World Tower, Seokchon Lake Park was beautiful, serene in the morning. It was also a popular spot for cherry blossom season in spring which I missed by a couple of weeks. Admission to the tower opens at 11am with the ticketing counter on the B1 floor of the tower which also doubles as a underground shopping arcade under Lotte World. 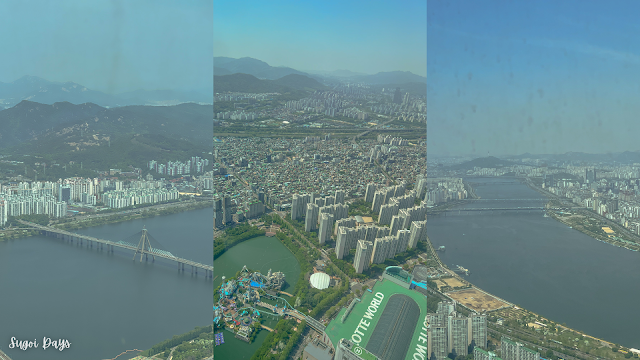 12pm - We popped over to the ever instagrammable Starfield Library within COEX Mall in Gangnam. Because we got epically lost inside, we ended up touring the whole underground mall before we found the library. Thankfully because it was a weekday, I was still able to get some relatively empty, people free shots. 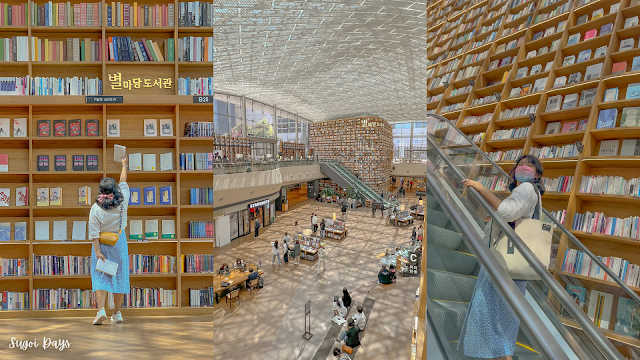 3pm - the next destination on our itinerary was the Seoul Wave Art Center Starbucks right on the Han River. With the full floor-to-ceiling glass walls provide a stunning 360-view of the waters, we definitely had a very instagrammable tea time break. I should mention it was a very warm Starbucks as they reduced the aircon to keep people from parking there all day. 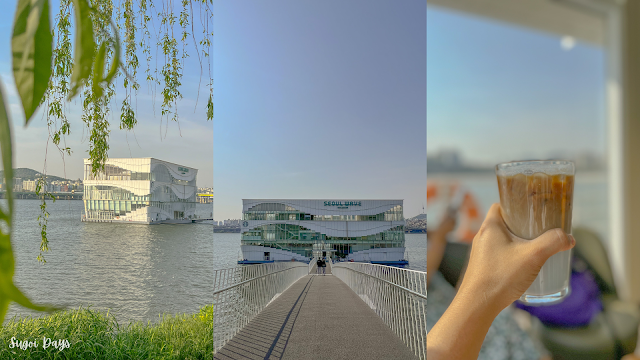 5pm - To turn off all the calories, we took a leisurely stroll along the river bank and stumbled upon a convenient mart with a BHC on top of it. BHC Chicken or “Better & Happier Choice” is one of most popular Korean Fried Chicken chains with Jun Ji Hyun from 'My Love from the Stars' even endorsing it. What was supposed to be a snack turned into an impromptu early dinner with beer and cider. 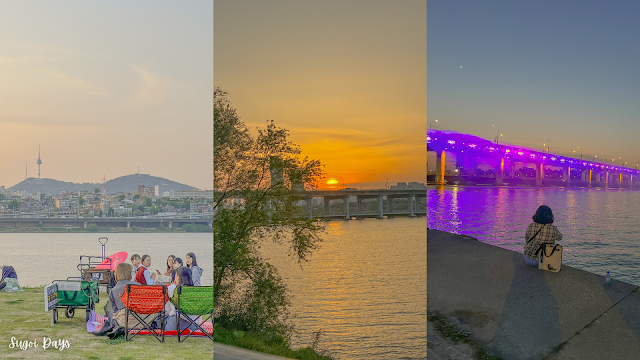 730pm - As luck would have it, we passed the Banpo Bridge in time to see the Rainbow Fountain. The show comes on every 10 mins for 20 mins and if you're watching it in the colder seasons, do remember to dress for the cold as you will be out freezing your butts off to see the view. 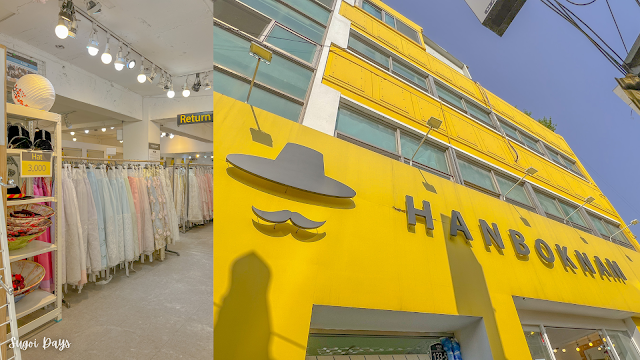 9am - After grabbing a quick light breakfast from a hanok cafe, we popped on over to Hanboknam Gyeongbokgung to rent our hanbok before walking to the main iconic palace nearby. 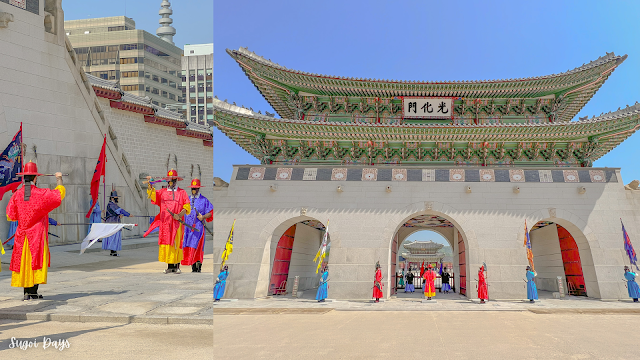 We got there in time to catch the changing of guards and because we were wearing hanbok costumes, we could enter for free. What commenced next was an hour plus of photo taking. 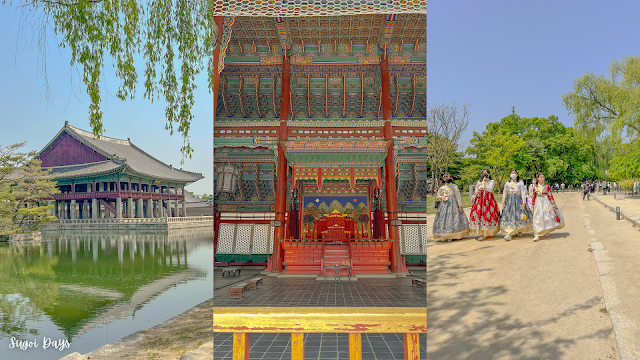 11am - We beelined it, hanbok and all for Toksokchon Sangyetang for their famous Ginseng Chicken Soup. During the pre-pandemic era, the queue would snake up the road as early as 10am but this time, we were shown immediately to our seats in the very traditional looking restaurant - hanbok and all. And the food was so worth it. 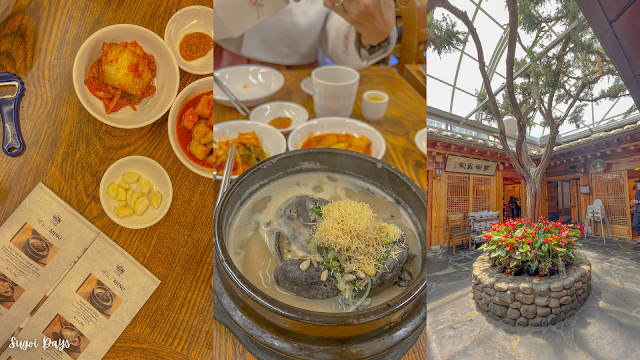 1230pm - We returned our hanbok and took the train one stop over to Bukchon Hanok Village where we proceeded to murder our legs walking up and down the slopes. But seeing the unique cafes and houses along the way was worth the exhausting experience and probably one I would never repeat. 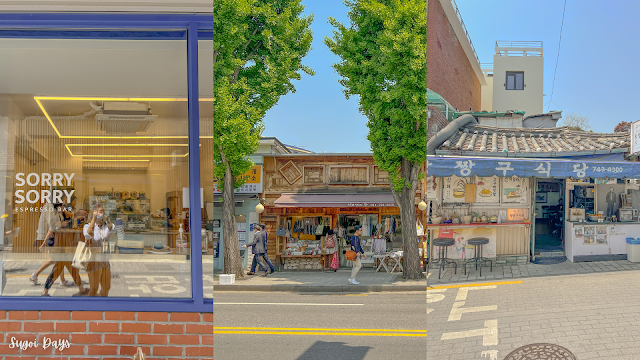 4pm - We walked - that's right, more walking - to Ikseondong street, passing by the bustling Insadong along the way. Insadong was where the locals hung out and you can see more shops catered to them here. 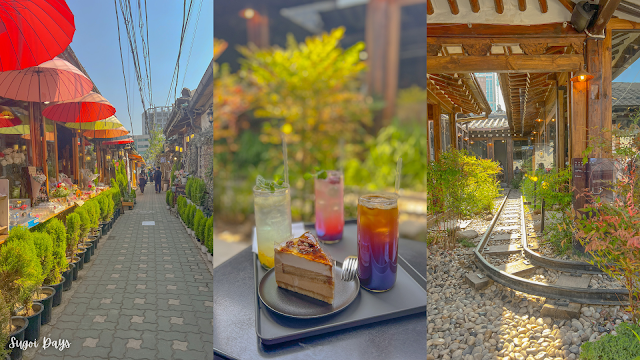 But right on to Ikseondong, I had one cafe in mind that was a must to visit and that cafe was Nakwon cafe. Designed like a traditional train station with railway tracks running through it, Nakwon was amazingly well thought out. 6pm - For our last meal in Korea, we settled for Korean BBQ and Bingsu in Myeongdong before spending the rest of the evening, well, shopping and packing into the wee hours of the morning. 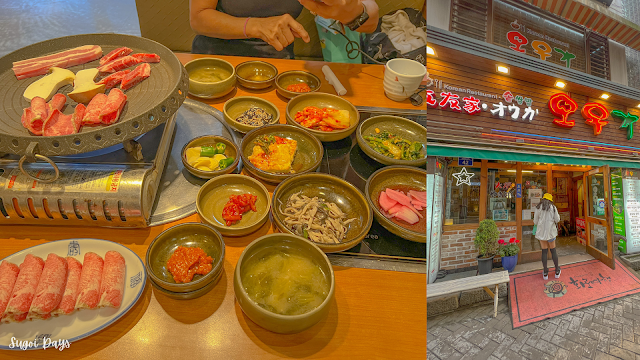 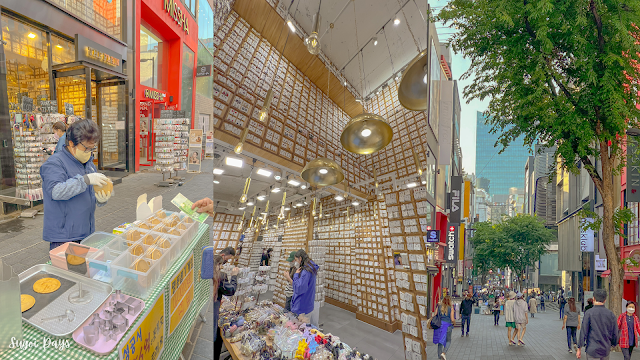 3am - The perk of having airport transfer was we didn't need to worry about our ride to the airport for such an early flight. Our driver - the same as day 1 - came on time and within the hour we were at the airport for our 7am Airasia flight which was delayed by an hour. Well better an hour than 24 hours. 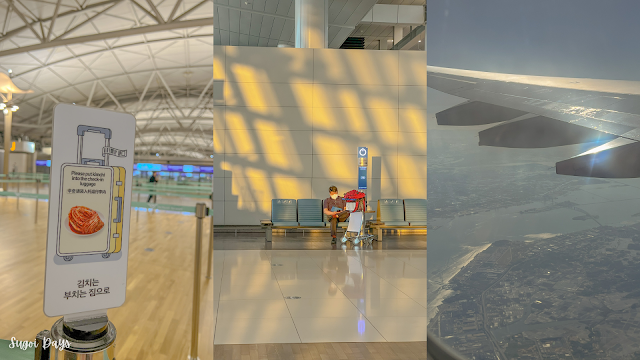 So that basically summed up my itinerary around Seoul for a first time visitor. My accommodation and airport transfer was booked via Sedunia Travel. For my train transport, I got my Kakao themed TMoney card via the card dispenser at the station and topped up easily on the go. Again, my itinerary is not for everyone as it was designed by me for me to make the most of my trip. Given a choice, I would have loved to extend my trip by three more days but flights at that time of booking were hella expensive. So do edit the attractions to suit your interests.

If you have any questions, feel free to drop me an email as I don't always get the notifications from comments. Or alternatively, just DM me on IG at @SugoiDays where you can also view my IG story highlights on Korea.

Such fabulous content. Thanks for sharing. Here are some places to visit, really these places are commendable to visit. himachal tour package