[A KLSCM Feature] Remember the Battle against Cancer

Many of us run for various reasons. Be it as a way to get healthy, drop the weight or to relieve stress. But to others, running is so much more than just a hobby or an excuse to eat more. Running is an escape and therapy. For 43 year old businessman Adrian Yeo, it has become a way to honor his mother who had passed away from cancer. 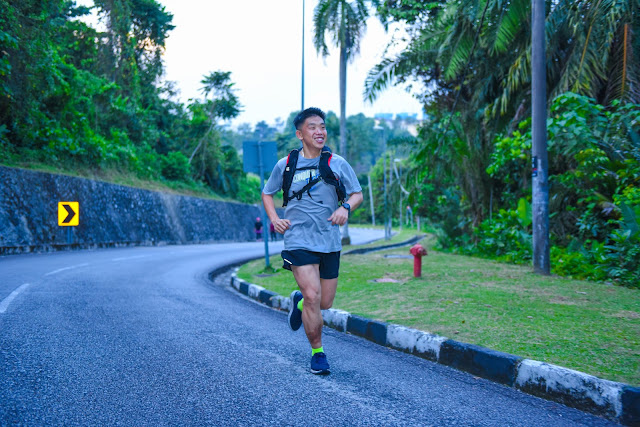 Growing up, Adrian had always been close to his mother and was known as the Mommy's boy in his group of friends. Most weekends were spent with his parents. He recalled, "My fondest memories of my mother were when we were travelling for holidays together. She was always smiling and excited."
Unfortunately, after nearly 20 years of being cancer-free, his mother had a relapse and her Sarcoma Cancer returned with a vengeance. Sarcoma Cancer is a rare disease, making up only 1% of the total burden of malignancy in the Malaysian population, according to Columbia Asia Hospital. As a result of its rarity, not most members of the public is not even aware of it.
"When we found out that the cancer has spread to her whole body, we were devastated. As she is Singaporean, we went to Singapore for treatment and we have to make fortnightly trips from KL to Singapore by car. There are actually no words to describe the feeling of seeing your mom or loved ones slowly deteriorating." Adrian shared, "Nobody should experience this feeling, it is terrible. Our family do not have the mood to attend any social gatherings or events. Our family and friends did try to cheer us up, but no action or words could actually make us feel better. So yes, it was hell after finding out that we could do nothing to save her life." 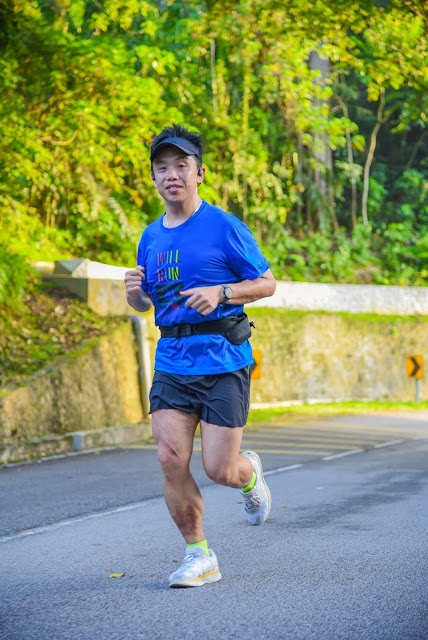 When his mother passed, Adrian found himself at a lost, only wanting to ease the pain of loosing a loved one and to remember her by. He was in search of doing something difficult that could numb his sadness and get his mind off the pain. So the idea of running a marathon took root.
At the time, however, Adrian weighed 100kg, was obese and according to his blood test results and doctor, was a walking timebomb. Running seemed like a do-able hurdle he could commit to. "You just need running shoes and sports clothes, and you are ready to go. You could also run at your own time and at your own pace. As I also enjoy music, I could just put on earphones and go into my own world."
In other words, it was the escape he needed.
Since strapping on his running shoes, Adrian has run 4 marathons, 2 physical ones and 2 virtual. However in 2020 he decided to sign for his first Run for a Reason (RFAR) in the Kuala Lumpur Standard Chartered Marathon. "When I first registered for RFAR, it was actually for the actual race but was cancelled. So basically, I am running for the funds which I have raised 2 years ago." 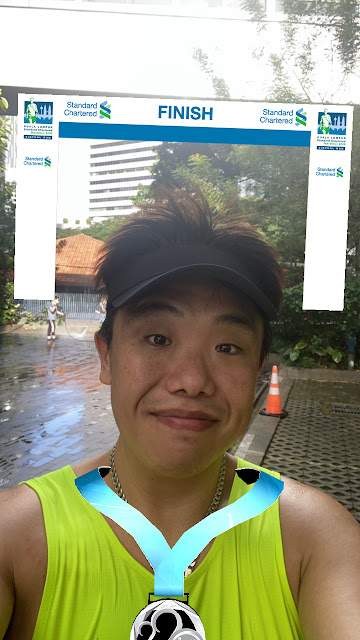 And naturally he had selected National Cancer Society Malaysia (NCSM) as his cause. However, things have changed a lot in the past two years with the lockdowns, pandemic and economy turbulence today. Adrian found himself encountering a challenge in his mission to raise funds. "A lot of my family and friends are already struggling with their own finances and I feel that I do not want to burden them more."
The battle against cancer has been one long fought by NCSM, facing obstacles such as raising funds for treatments and public awareness on the prevention, screening and early detection of cancer through education. Sadly, in a post-pandemic world, this battle has taken a backseat to Covid in the media and public's thoughts.
During the pandemic, NCSM reported a 99% increase in delayed cancer follow-ups in Malaysia due to various COVID-19 impacts. Correspondingly, there was also up to a 74% drop in new cancer diagnoses and this could be attributed to the delay in seeking medical attention. Since early diagnosis and treatment are key in improving survival, a delayed diagnosis and treatment may significantly impact the outcome.

Adrian plays his part in the most simplest but effective way he knows best - by having the hashtag - #BeatCancer as a constant reminder during his regular running posts. If he can, he will always take part in runs when there is some charity run for cancer. He feels that raising awareness on the cancer cause and NCSM's purpose should not be difficult and requires more modern solutions in the era of social media. 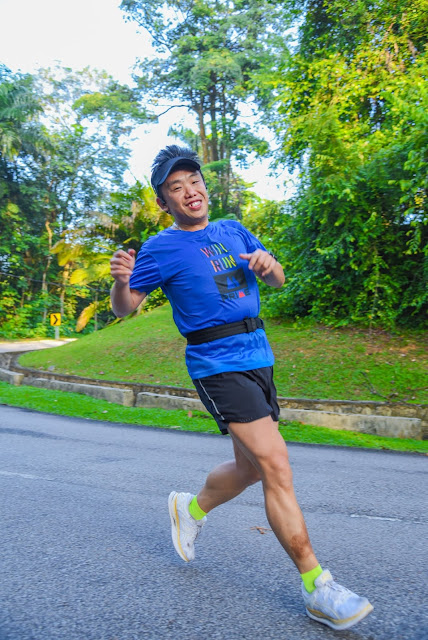 He admitted, "Truthfully, I have not seen much of NCSM and only knew about it when I signed up for the RFAR. Being an NGO with a proven track record, NCSM can cooperate with famous bloggers and influencers and continue with reputable events like KLSCM." As an added incentive for their donation and support, he reminds his friends and donors that any donation made to RFAR is 100% tax deductible.
RM1,000 is his target for this year's RFAR along with a sub 4 hours 30 mins for his marathon event. As part of his training, he does a minimum of three runs a week; one tempo, one interval and one long run (a minimum of 27km)  "There is no shortcut to training for a marathon." he explained. "Most important is listening to my body and making sure I have enough rest."
Amidst his preparations and mission for RAFR and KLSCM, Adrian still misses his mother and loves her a lot. If she were still with him, he would love to tell her, "Please do not worry about dad as I will be taking care of him even after I get married. And yes, at last, your son is getting married.
Apart of giving Adrian several new goals and purposes to strive for, it was also through running that he met his fiancée, Connie Tan. "I met her through a running chat group two years ago during the MCO. She does not do Marathons but enjoy running 10km for various events and races. Our favourite things to do for our Sunday morning dates is always walking from Lake Gardens to Mayor hill in Bukit Tunku. After that, we have our meals and before you knew it, Sunday is gone." Since then, Connie has always been a key support in Adrian's running activities - be it training or races. They have set their sights on travelling to Vietnam and participating in the Halong Bay Marathon in 2023.
You can support Adrian and NCSM by donating to his cause at his profile link. Wishing Adrian and Connie all their best on their running journey and new future together!
Alternatively, you can also donate to my RFAR at this link  Donations for RFAR are open until 30 Nov while KLSCM 2022 will be taking place on 12 - 13 Nov at Dataran Merdeka! While it's good to see running events returning in full swing, let's not forget that cancer won't wait for Covid19 to be over.
Posted by Tania at 10:55 PM