I love dance. I love the movement, the rhythm and beat of the song. I love how it makes me feel when my body can keep up with the choreography and how creative and expressive it lets me be, as corny as that sounds. I am, by my own admission, not that good a dancer but I have danced with and have been taught by several really talented dancers and we all share the same love and passion for it.

However of late, I find myself distracted with the many running races I've been taking part in and my passion of dance waning. For a month, dance took a backseat in my hobbies and when I resumed classes, I found myself lacking inspiration and have gotten rusty in it. 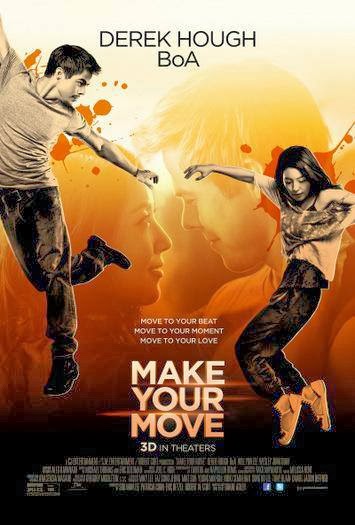 I need to find a good kick to remind me why I had initially gotten into dancing. A dance movie was just the perfect fix I needed. Although not up to the hype and caliber of the Step Up franchise, the dance move of 2013 was Make Your Move.


Gist
With a Romeo and Juliet storyline, this independent movie stars K-pop singer, BoA and Dancing with the Stars ballroom dancer, Derek Hough. Although both stars are fairly new to the big screen, directing their debut movie is Duane Adler who is no stranger to dance films having scripted Save the Last Dance and the first Step Up movie. Some of routines in the movie were choreographed by Tabitha and Napoleon Dumo from So You Think You can Dance. 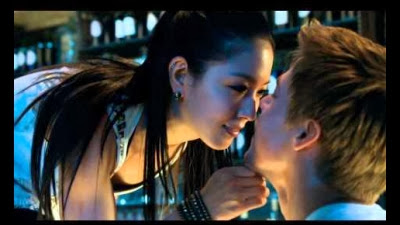 Aya (BoA) is an aspiring Taiko/tap/contemporary dancer trying to make it in America without the assistance of her overprotective brother and club owner, Kaz (Will Yun Lee). Tap specialist Donny (Derek Hough) hails from New Orleans and skips out on parole to join his foster brother, Nick (Wesley Jonathan) in running the hottest underground club in Manhattan. Both young dancers are quickly caught in their respective brothers' feud over competing night clubs and as the story of Romeo and Juliet goes, are drawn to one another after a dance off on a bar.

Verdict
For once, hip hop doesn't take center stage in a movie and instead bows out to the more old-school and traditional dance genres; tap dancing, Taiko (drums) and contemporary. I found that oddly refreshing after the waves of flashmobs and flashy hip hops performances that followed last year's Step Up Revolution. BoA and Derek are gifted dancers in their right and together, they brought the right chemistry through their movements especially when their respective genres were combined to form a whole new level of Tap -Taiko dancing. 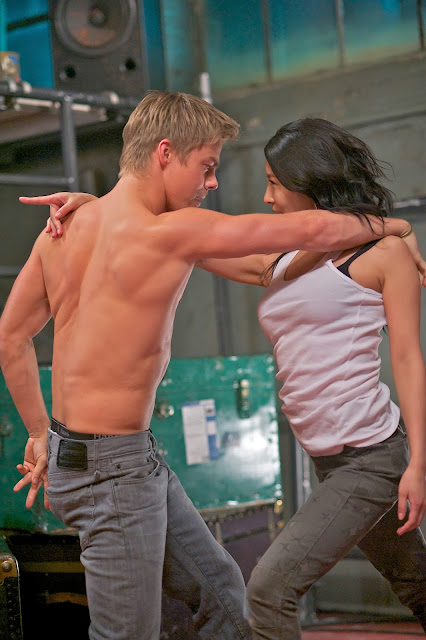 Storyline is fairly simple with no surprise and an obvious antagonist to hate and jeer at. I found this movie less technical when it comes to dance routines and the dance becomes a language that the main characters share. To put it simply, this is a dance film about love rather than a romantic film about dance. 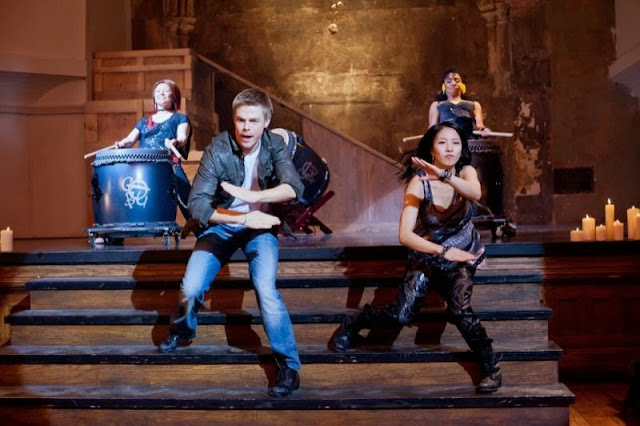 Speaking of languages, BoA's accent comes through now and then but the directors has cleverly addressed that by making Aya a Korean who grew up in Japan. As such, there is a fair mix of Japanese and Korean language in the movie just like its interracial cast.

Would I watch it again?
I would but not in the cinema. I want to fast forward the talking parts and get down to the dancing routines only. Because as I said, the storyline is nothing new but I dare say this movie does make me want to take up contemporary new year. 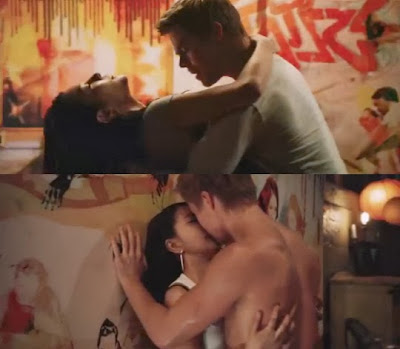 More than that, this movie makes me want a boyfriend who can dance. One whose foreplay includes slowly stripping each other during a slow dance routine and one who can pull together a massive party in one day just for me.

But as it was, it is just a movie. Dammit.

Thanks, Hot magazine for the premiere invites to Make Your Move! The movie opens 17 October 2013 at major cinemas.
Posted by Tania at 8:00 AM