Firing a Gun for the First Time

Care to guess which girl I am? 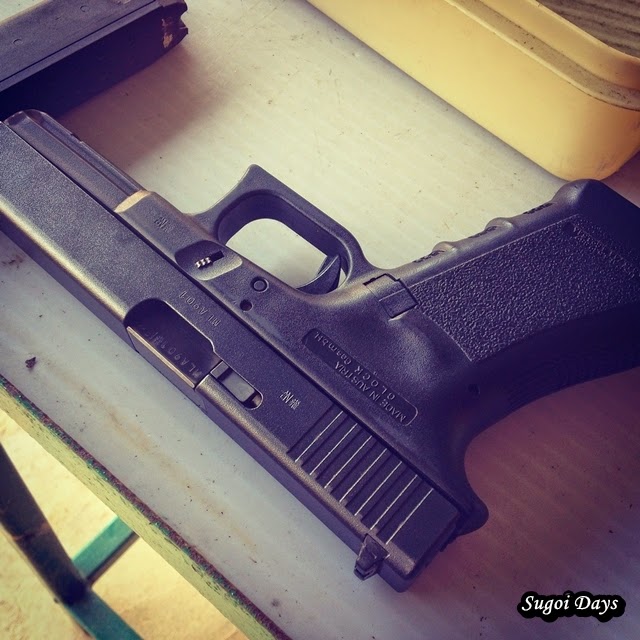 Needless to say, there is a reason why I never really mastered the art of applying makeup and why I have yet to find a steady significant other. On the other hand, I do have wick aim and dexterity when it came to the Time Crisis arcade games and Gundam Seed Destiny on the Play Station 2. Back in the days. I miss those days... 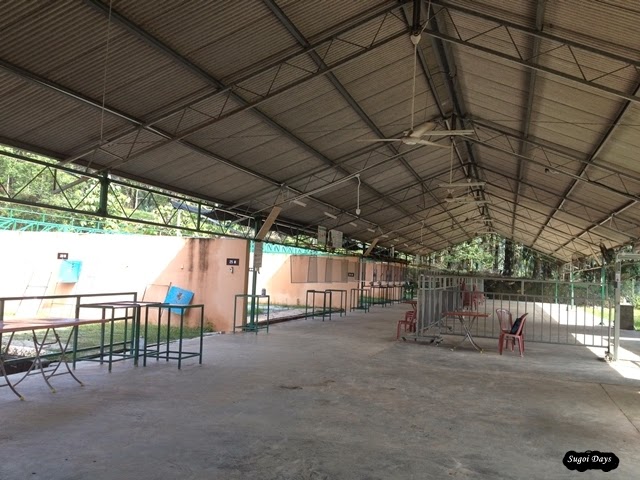 That being said, I have never had the opportunity to fire a real gun. It has always been on my bucket list for the longest time ever and only recently, thanks to a few friends from Bootcamp, got the chance to learn how to fire a gun safely at a hidden location in Meru, Klang. 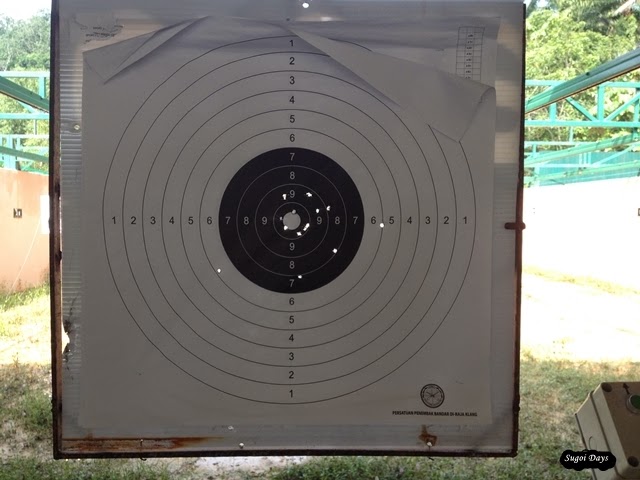 Emphasis on the safety part because we were firing live ammo. We had to collect our ear muffs and then purchase our rounds of live bullets. Usually eye wear would be provided at the usual firing range but at this place, it was bring-your-own. My friend advised us there to bring a cap and sunglasses for protection and we found out why as soon as we started firing. 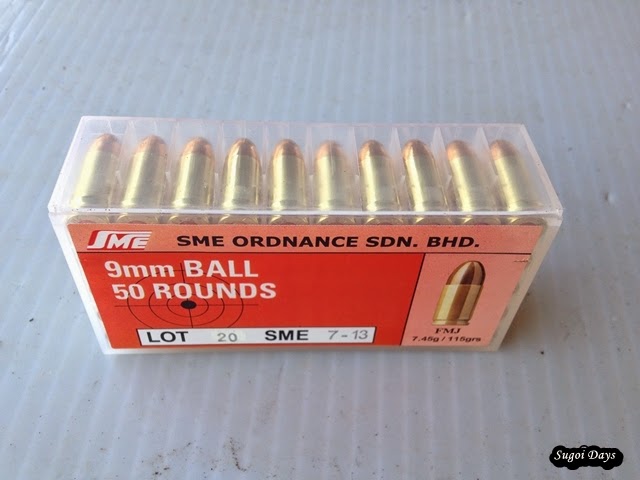 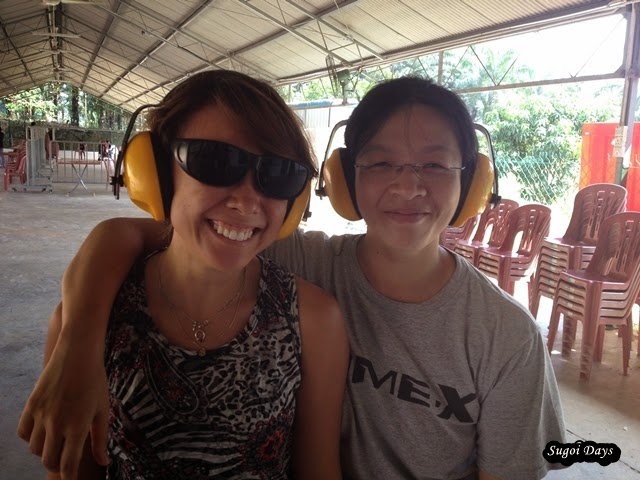 But first, we had to learn the proper way to load and fire the gun. Step one was to load the bullets into the magazine clip. It was no easy task if you are doing it manually. And then the next step was to lock and load. I pulled back the hammer, steadied my aim and took a deep breath as I slowly squeezed the trigger. 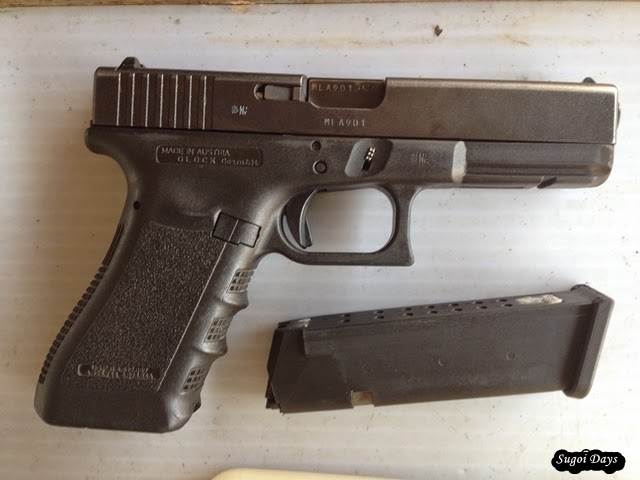 The first time the gun went off, it wasn't with a click or a firecracker bang or a boom. It was a loud snap with the recoil sending the gun upwards and the hammer emptying out the casing before locking in the next bullet. I blinked and gleefully fired off the next round. 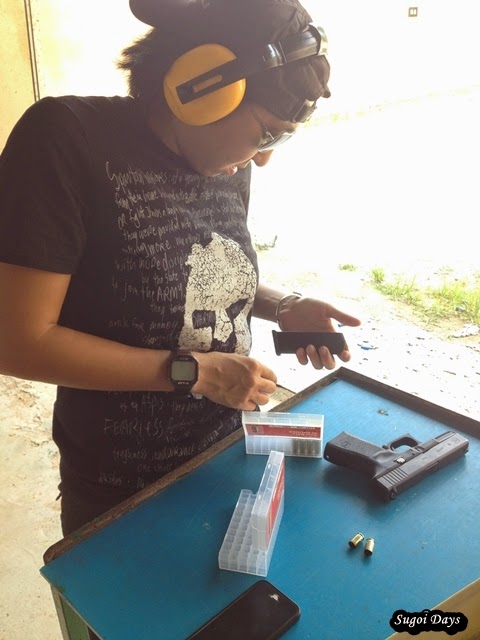 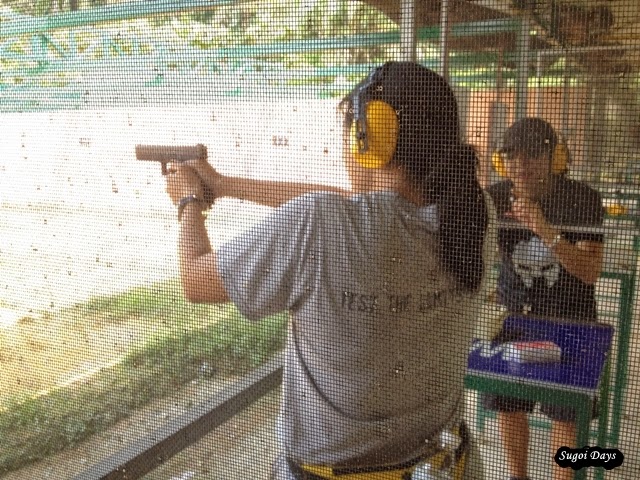 I placed more concentration into my next few rounds and managed to hit the target consistently. Occasionally the casing would fly up and smack me right in the middle of my forehead or bounce off my head but only occasionally. My friend had it worst as it happened all the time, hence why wearing eye protection and a cap was advisable. 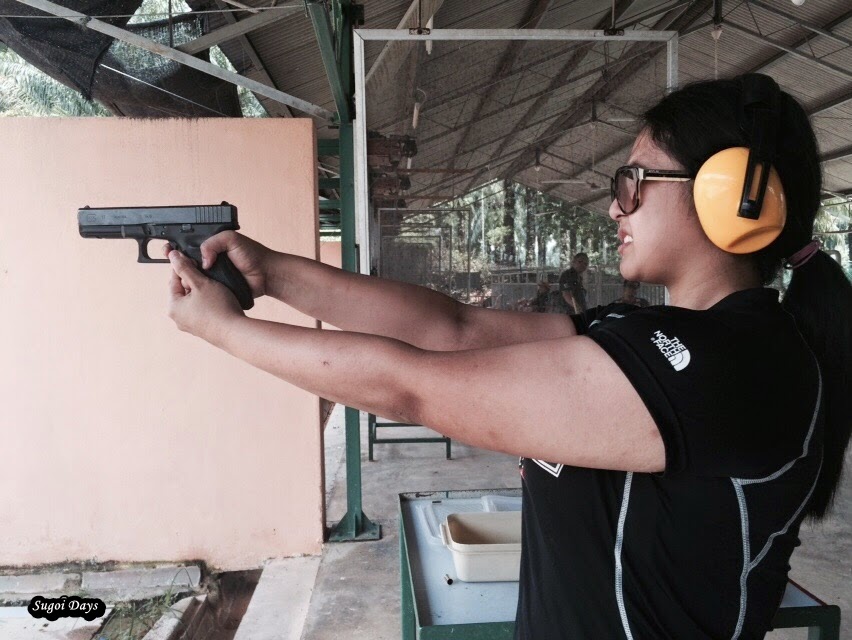 All in all, it was an elating experience for me who has always dreamt of firing a gun and hopefully not the last. I want to thank my friends who went through all the trouble to arrange this shootout for us and while I had been expecting a one of those indoor shooting range, I was glad it wasn't because the atmosphere was just so much more relaxed.

Perhaps I should invest in a membership at the shooting range closer to home...
Posted by Tania at 6:23 PM

Email ThisBlogThis!Share to TwitterShare to FacebookShare to Pinterest
Labels: Outdoor

Don't try If you not fully know about that. It is not the simple way. During the shooting we should be many things kept in mind, Thanks