Guess who’s back and back again? Okay, I’m sorry but that was my lame attempt in being funny. Back to business and I’ll be taking you around to have a look at the hotels I stayed in while I was in Philippines. As I’ve mentioned in my previous post, you would have to stay the night while you’re in Manila before you could take off to Tagbilaran with AirAsia Zest and the folks in the Philippines had proudly put us up in… 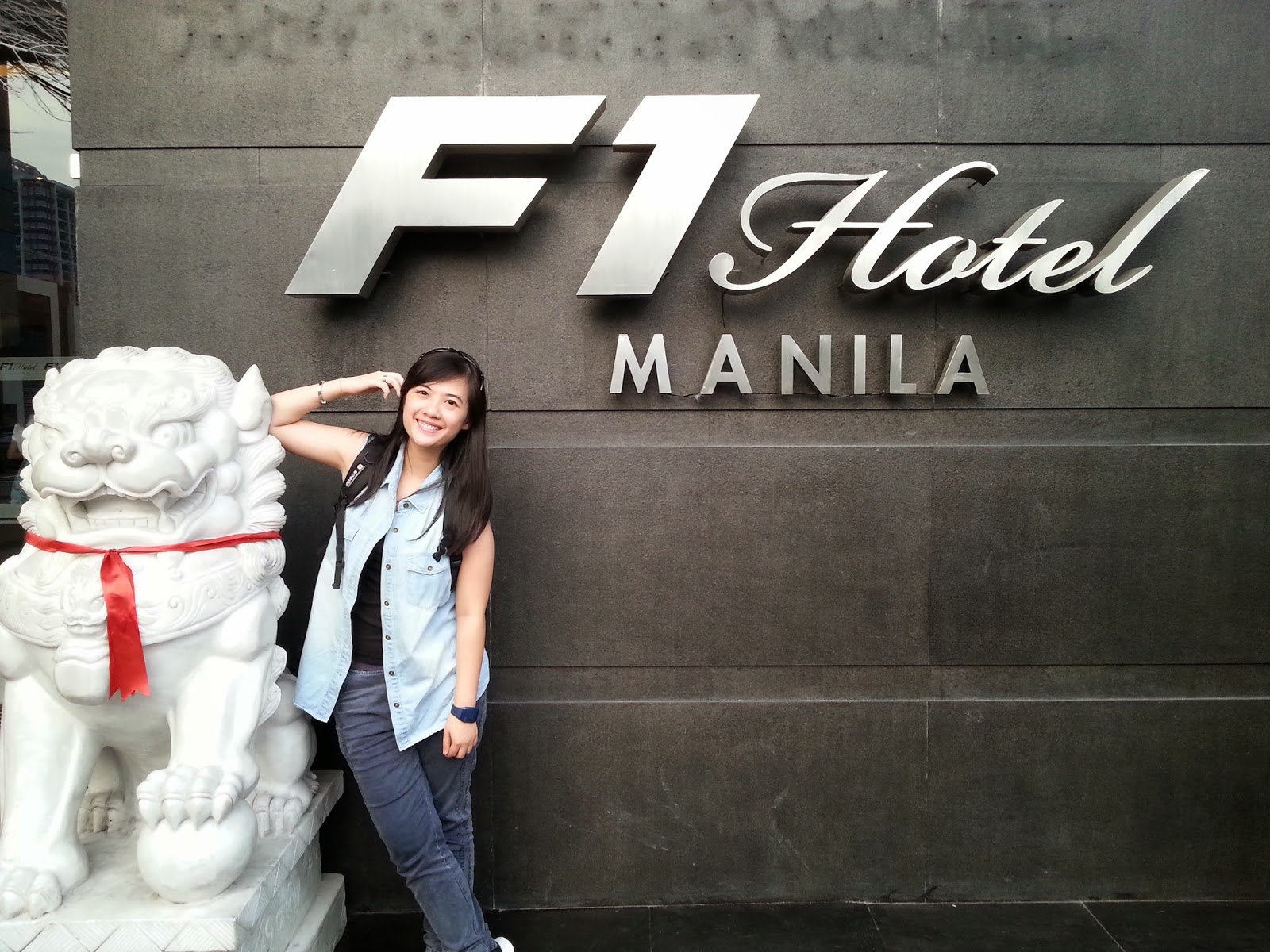 Located in the urbanized area of the Bonifacio Global City, the F1 Hotel Manila definitely sweeps you off the floor with thoughts of a rather run down city, especially given reports of what the media depicts of Manila. 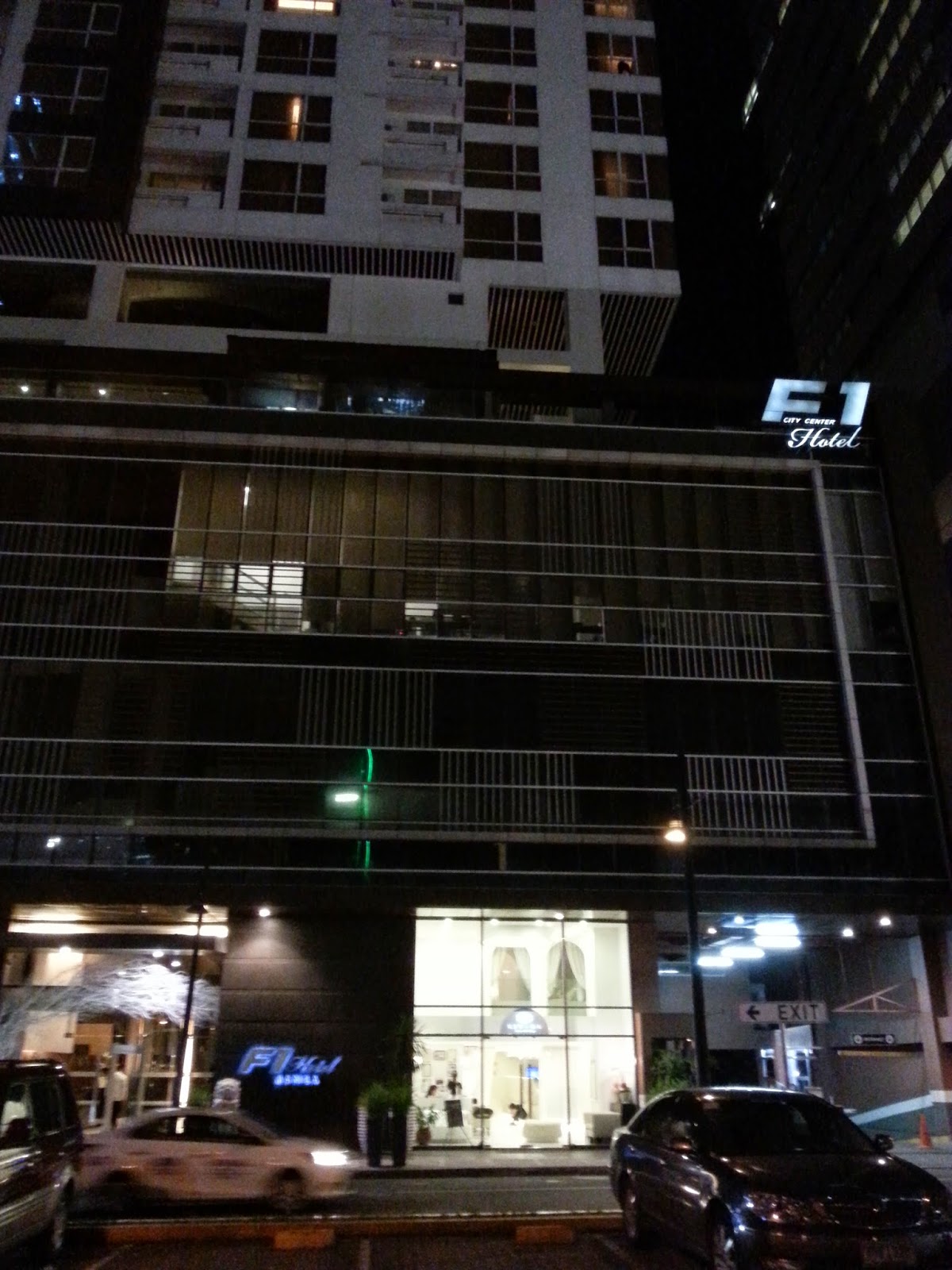 The exterior of F1 Hotel Manila, bar the red glory of the F1 signage that’s only visible from afar. 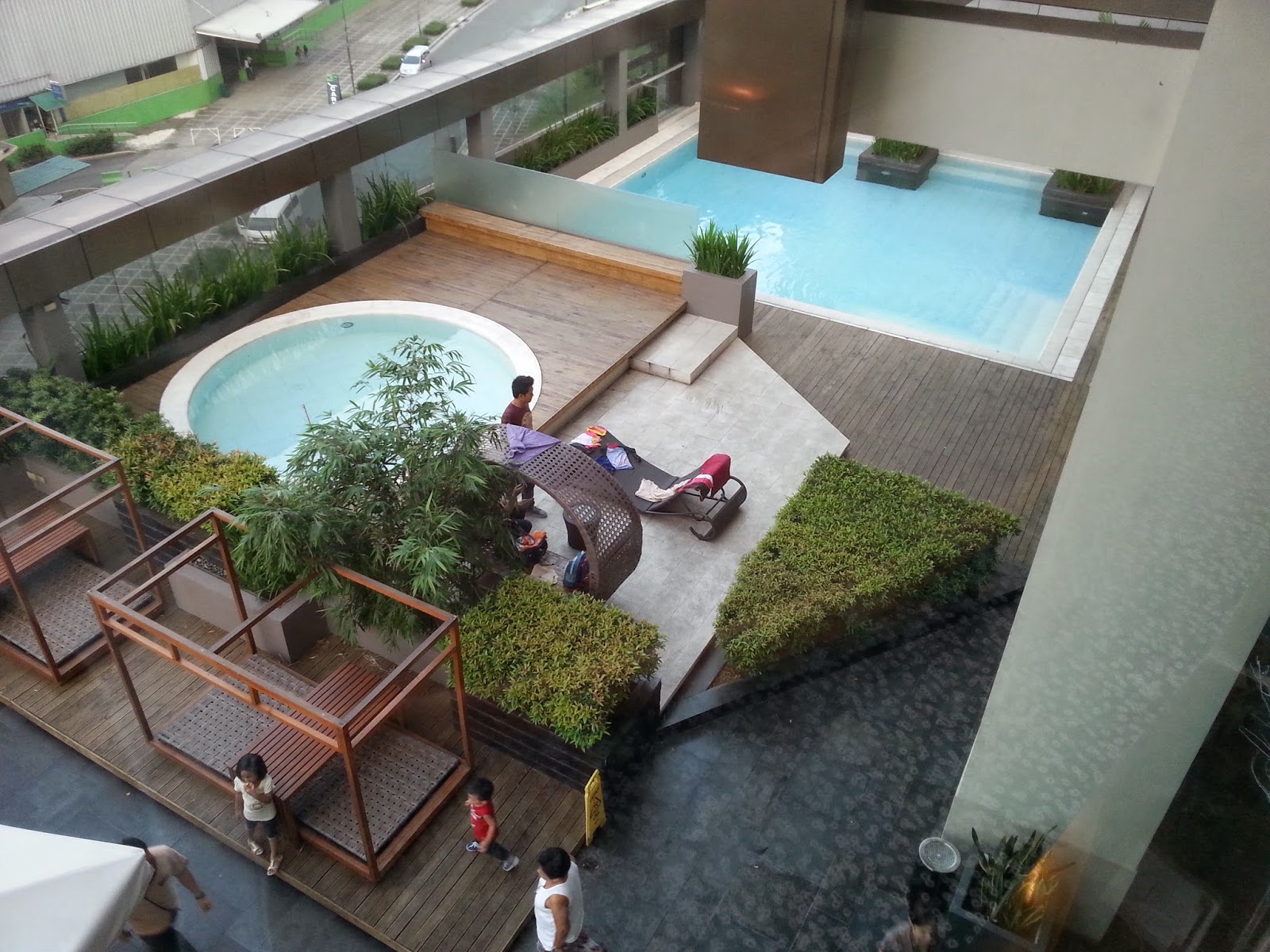 With prior Google searches of the hotel before I even took off from KL, I knew that there would be no problem even if they were to put me in the room where they store their linens because it all looked really good after all. What my roommate, Kittie, and I never expected was that we would be placed into a City Suite that rents out for PHP 10,200 a night (RM 760 a night) and the view was just as mindblowing as the name had it. We had a suite to ourselves. 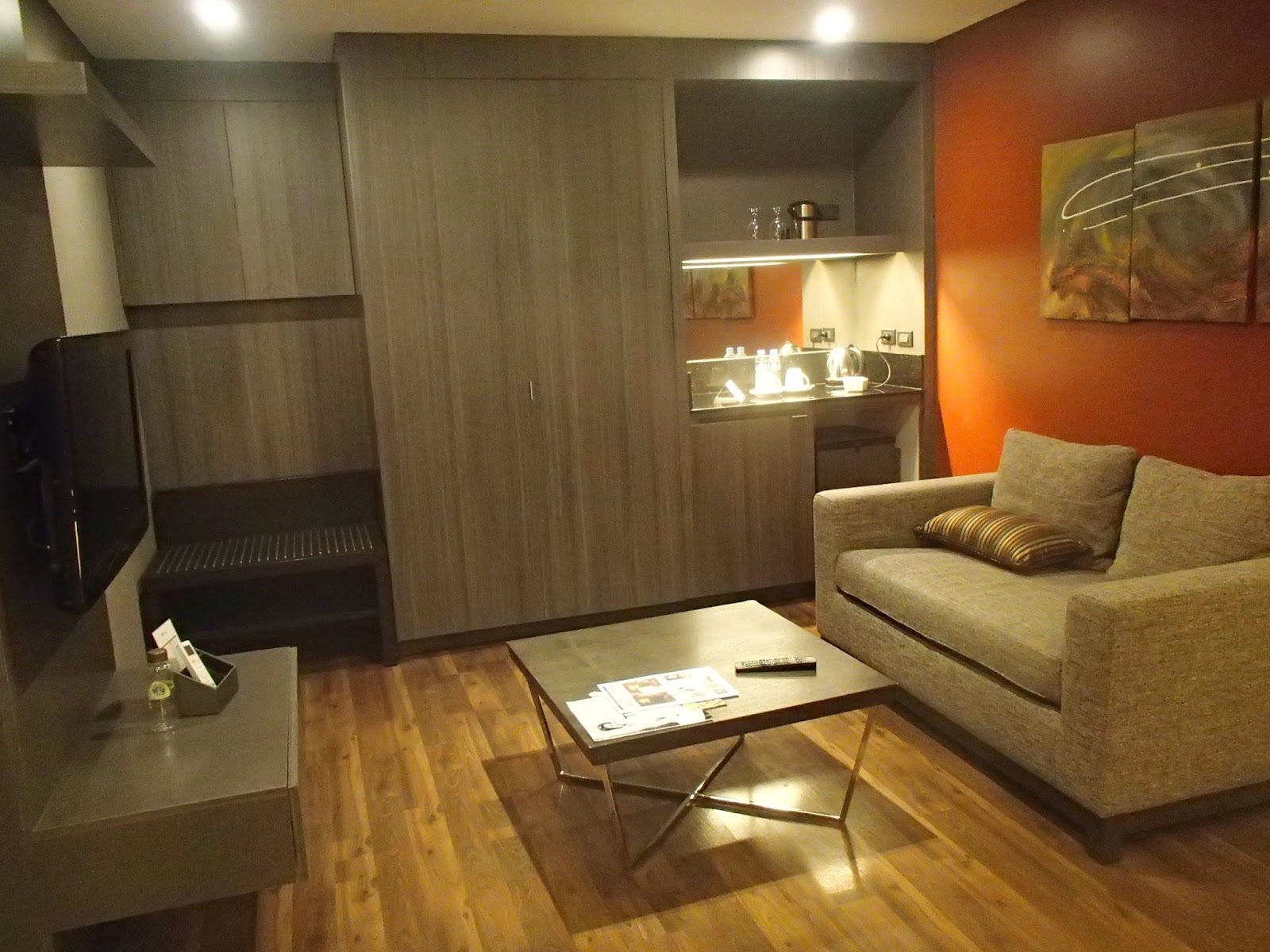 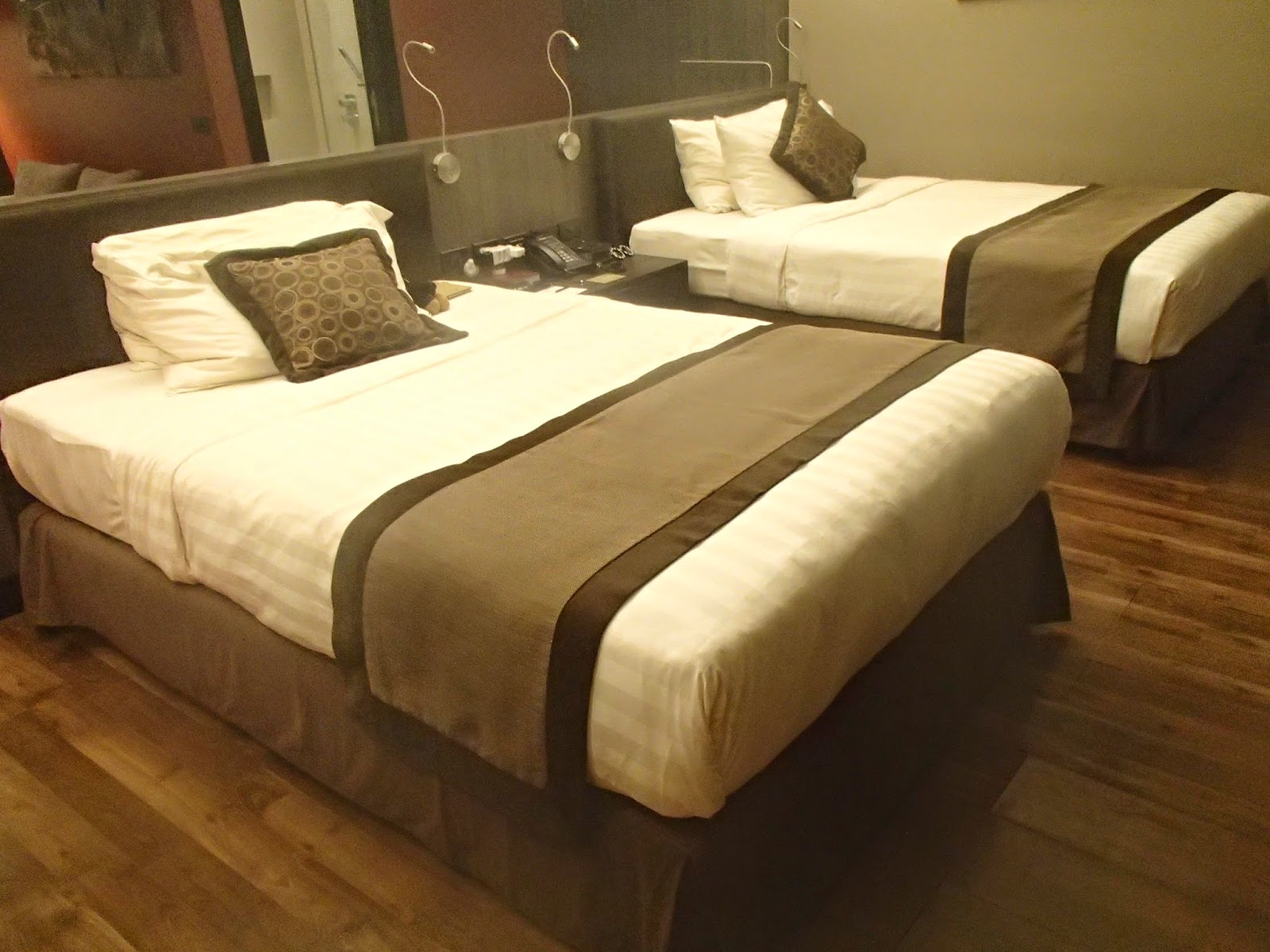 The entrance to your room is just about as grand as it could get and the access to lifts is limited only to guests who have a card key, a safety feature that definitely gives you a peace of mind should you choose to walk around naked in your room uninterrupted by sudden jolts of robbers of any sort. The room is undoubtedly huge and Kittie had an immediate plop to the soft sofa for a quick bite while I landed on the wondrously soft bed, complete with a miraculously fluffy pillow. It was an unspoken bliss and I was there to experience it all! 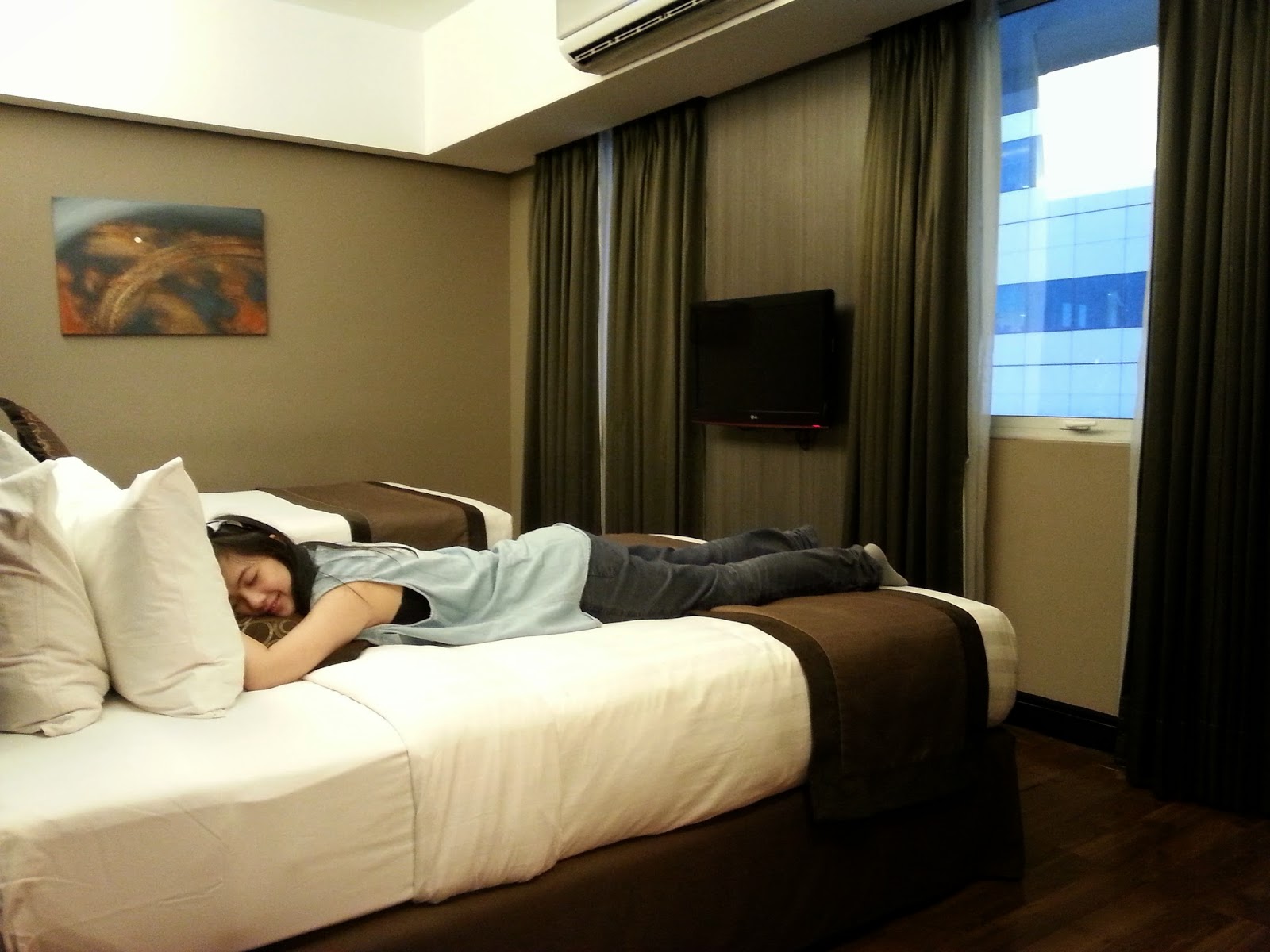 It was a shocker for me however to see that there wasn’t a bathtub waiting in the washroom but the glass covered shower area simply had to do. I guess it’s true however that people wouldn’t put too much into the washroom because…you’re not exactly sleeping in there anyway. Hot and cold water are both present though it does take a little while for the heat to come along and the pressure is not quite as satisfactory as I expected for it to be. 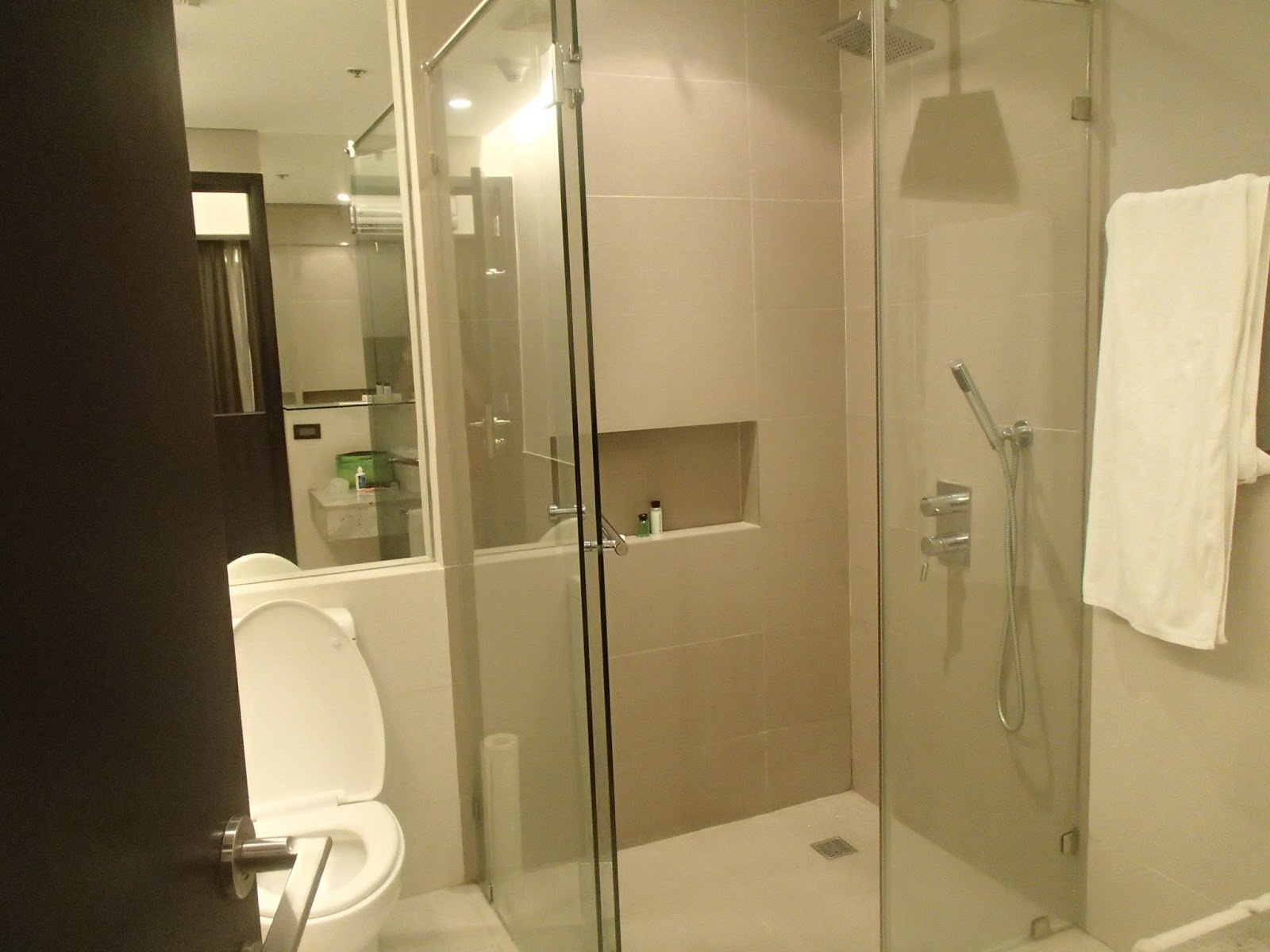 The hotel itself as an overall however is oddly satisfying and WiFi abled wherever you go; including the washroom (You don’t have to know how I know that!) and the outdoor parking area where we gathered the next morning. Yes, it was quite a sight to see a group of bloggers and media folks waving their phones a little higher so the WiFi doesn’t get cut off before that last message is sent. What will we ever do if the internet dies someday? *Cue the crazy Stewie Griffin GIF* 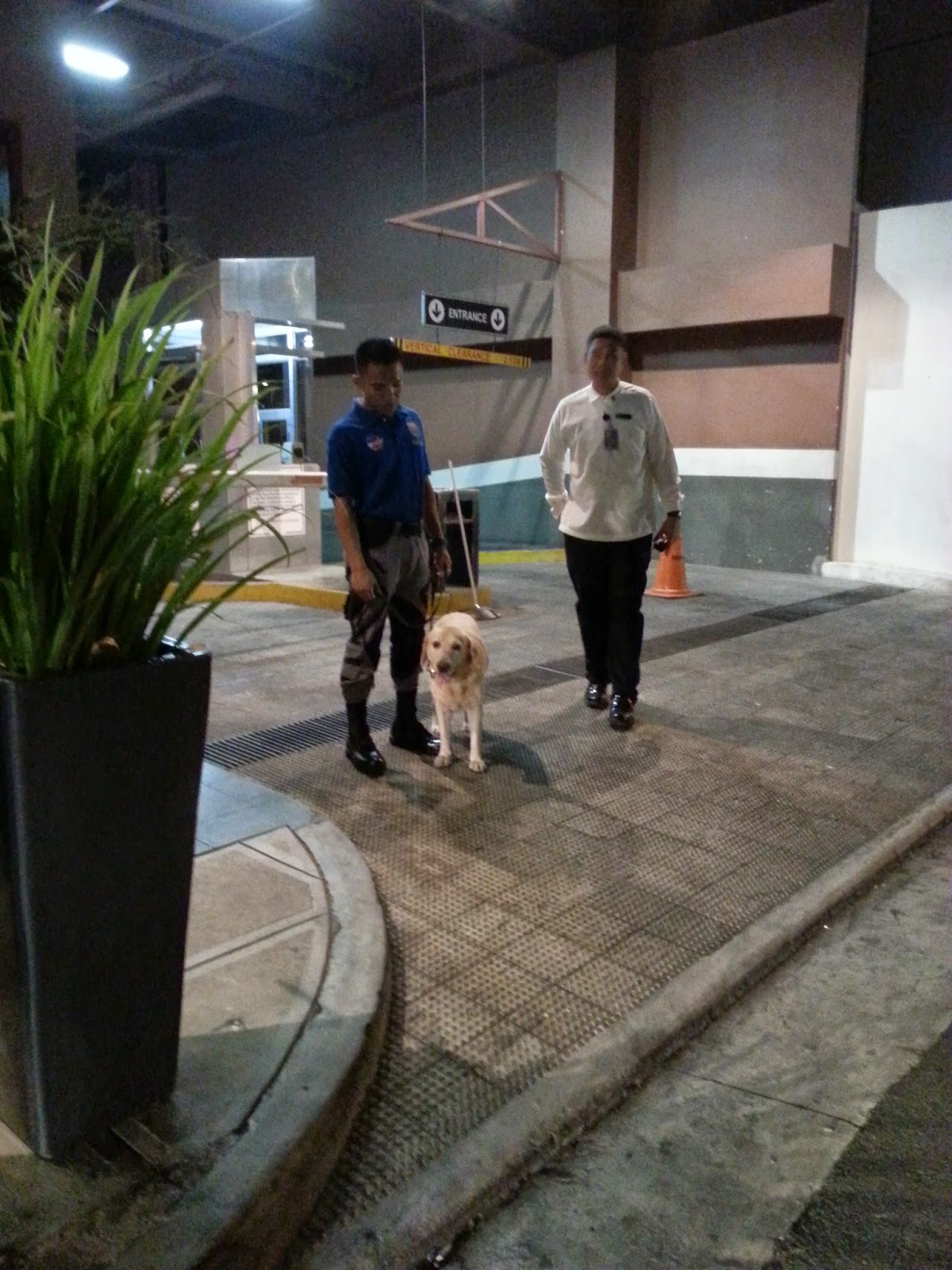 Security is also at a tip top shape as you will notice plain clothed policemen with dogs around nooks and crannies,  ready for service at all times. Having said that, you would still be subject to a bag search and to walk through a metal detector as you enter the hotel and this I was told, is a norm in the Philippines. While it did feel uncomfortable for the first time, it does feel okay after a while and you would have known it’s safe enough anyway.

I can’t bore the people of Sugoidays too much so I must go now for the Shneep nation needs me. I promise to be back…if I haven’t already jumped on a plane and gone back to the Philippines for another round of holiday goodness.


****
This trip would not have been made possible without Airasia. Thank you for the invitation and opportunity for Elie to gallivant all over Manilla and Bohol.
Stay tune for more of Elie Lam's epic adventures in Bohol.