Malaysia's biggest and most anticipated run has kicked off registrations as of today. The 7th Standard Chartered Kuala Lumpur Marathon has been set to take place on 4 October 2015 at Dataran Merdeka and offers distances of 42km, 21km, 10km and 5km.


This run is so huge that my mum who is participating in the Denmark marathon a week earlier, is willing to fly back a day earlier just so she can take part in SCKLM as she didn't want to break her record of 7 consecutive SCKLM since its beginning.

I, myself ran my first half marathon ever at last year's SCKLM and it was such a bitter sweet moment for me to finish the run. You can read about it here.I have in fact signed up for the run already, tackling what will be my third half marathon ever. October 2015 is going to be a crazy month for me what with Spartan Race, Tough Mudder and the Melbourne Marathon (10km only la) lined up for me. I hope my knees can take the brutal beating. 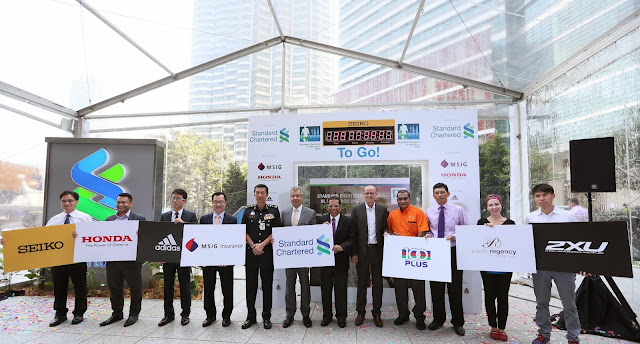 Registrations for the race will open from 18th May onwards, and runners interested in signing up can register at www.kl-marathon.com.
Posted by Tania at 6:07 PM