Within 24 hours, my holiday plans for the month of June literally and depressingly fell apart. In 24 hours, I went from looking forward to two holidays to drowning in the dread of yet another stressful month of work.

I swear a huge chunk of my soul just died when I got the news on the Friday morning of 5 June 2015 that 6.0 earthquake had hit Sabah.

AN EARTHQUAKE IN MALAYSIA? WHAT IS THIS LAH? OUR GEOGRAPHY SCHOOL BOOKS LIED! 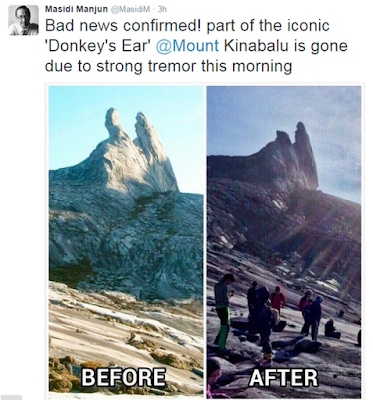 My trip was scheduled to be on 26 June, three weeks after the disaster hit but with the likelihood of the path not being cleared by then, I can strike Mount Kinabalu off the list for this year (bye New Year Resolution...) and not for the right reason. That being said, my prayers goes out to the climbers and the true heroes of this unforeseen disaster, the guides and porters. This disaster affects them more than anyone else as the mountain is their source of income and need to repair the trails and without tourists, this will affect them badly. 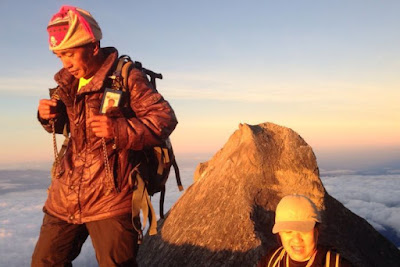 If any good has come of this, it is that when I decide to climb Mount Kinabalu once more in future (and I will!), I have absolute faith, trust and respect for the locals of mountain. True unsung heroes.

Now, it took me a few hours to get over the fact I'll not be climbing Mount Kinabalu this year and I consoled myself with the thought that in a week's time, I'll be running the Spartan Race in South Korea. AND THEN, NOPE!

Spartan Race Korea has been postponed due to the MERS outbreak! 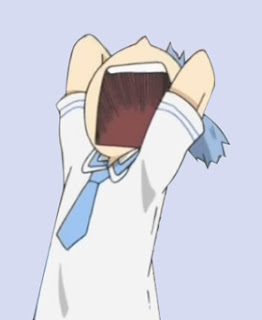 I mean, I knew about the MERS issue and the deaths that followed. I also knew about the Korean who was the reported cause of it (damn you...) and that just about anyone can catch it. I knew there was a chance that the race organised might cancel the race which is the responsible thing to do as this race draws in a lot of international participants. I knew all this. And yet when my friend officially told me that the race was off, I felt so...crushed and absolutely gutted.

I think the news broke me mentally. I needed these holidays so desperately as the past three months has been but an endless stream of high-pressured stress. I held on and pushed through it because I saw the light at the end of the tunnel. And in one sweep within 24 hours, it was gone. All gone.

I am pretty sure I am going through the 5 stages of grief and loss. Only that it's not in the right order. Within those 24 hours, I've had two reactions to these strings of bad news.

Reaction 1: Spoiled brat tantrum. This was directed more at South Korea than Sabah's earthquake because it only took one person to cause a viral outbreak. And I had been training so hard for it.

Reaction 2: Gratefulness that I wasn't on any of my holidays when all these happened. I wasn't in Seoul when MERS broke out. I wasn't on Mount Kinabalu when the earthquake hit. No one I knew personally was harmed. The first thing my mum said to me when she saw me on 5 June was that she was glad my Mount Kinabalu trip was at the end of the month and not this week.

Maybe God intended me to stay put this month and has kept me and my friends out of harm's way. I want to believe that the Powers That Be has a greater plan in store and that this is only making that damn Spartan Trifecta medal all the more worth it and meaningful. 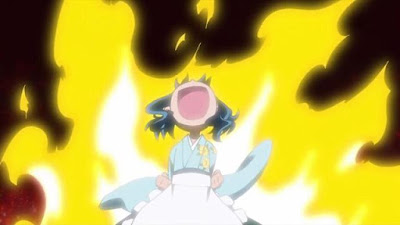 Psst, God. whatever your plan is, additional finances and sponsorship better be in the pipeline because this year's travel and fitness goals had drained me mentally and financially.