Eight months of training finally came down to this. The first pit-stop to getting my Spartan Trifecta was the Spartan Beast Melbourne. Located at the scenic Lake Dewar, we anticipated lovely trails, challenging obstacles, refreshing lakes to swim in and a cooling weather to race in. We got and loved the first two, the last two not so much. 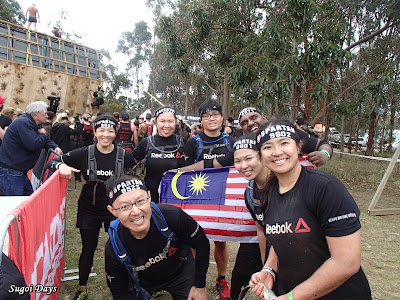 After Spartan South Korea's unfortunate postponement due to MERS, my team and I had little choice but to sign up for the Spartan Beast in Melbourne in order to get the green piece of the elusive Trifecta medal. Already short on leave days from work and quickly depleting finances (say bye bye retirement fund), Melbourne was a short trip. So short we literally only spent a night at Lake Dewar YMCA hostel, a stone's thrown from the start line. We flew in the day before the race and was out on the night after the race. 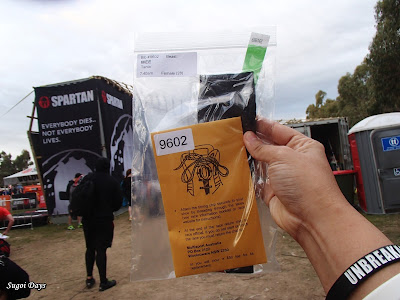 Call us crazy but only crazies would dedicate a year of training and shuffling around travel plans to chasing three pieces of metal. 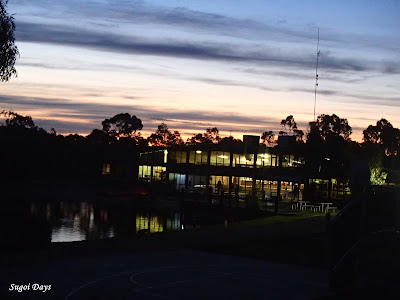 Because we stayed at the race site, we sort of got a sneak peak of the obstacles as they were being set up. We also got to sleep in before rolling out of bed an hour before our start time to get ready and warm up. However warming up was almost impossible with freezing temperatures that made us wish we could race in our jackets.

But as they would say, suck it up. So we did. 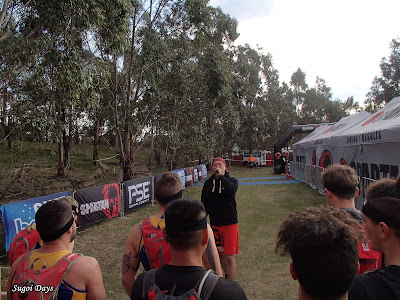 We were flagged off by none other than Max DeLacy, CEO of Spartan Race Australia who gave us a few words of encouragement and then we were off! Caught up in the vibe of the whole event and other racers, we started off strong and came upon our first obstacle, the net crawl not more than 1km into the race. 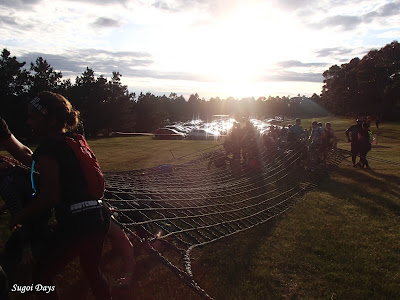 The sun was shining down on us at the start and we were confident that the cooling weather, paired with the warmth of the sun will help us tackle 21km and 35 obstacles that day. Oh how wrong we were. About 8km in, the clouds had set in, blocking Mr Sunshine and freezing winds made their presence known now and then. A drizzle fell at the half way point following by constant gust of winds. The freezing temperatures, combined with climbing in and out of the lakes' chilly water, led to many of us cramping up throughout the race. Suddenly the obstacles became the least of our worries.

The course route killed our legs early with multiple hills and the many swims in the lakes caused our body heat to plunge. The route intersected a few times which caused a bit of a confusion amongst us and two of our teammates took a wrong turn and ended up at the finished line way too soon. But they abide by the Spartan code of honour and turned back onto the course to rejoin the rest of us midway through the route. Having said that, the race venue was beautiful with rolling hills, hidden creeks and fields as far as the eye can see. The obstacles varied from skill to strength to plain simple luck. 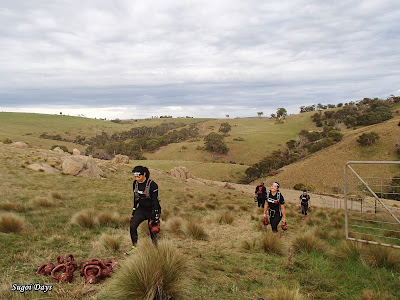 Instead of one, this Spartan Beast boggled us with two spear throw obstacles at the beginning and in the last 5km of the course. My attempt on the first spear throw clipped the side of the tyre and that was an instant 30 burpees. My second spear throw was a success though. Watching all those tutorials on Youtube did help! 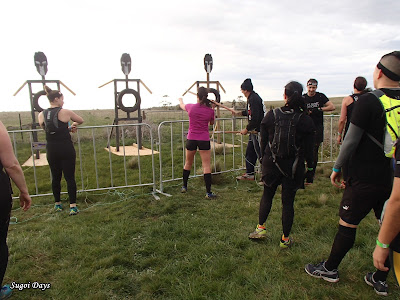 A year ago when I did my first Spartan (also, a Beast), the rope climb was an instant burpee penalty for me. But this year, after watching Youtube and training for it, I nailed it despite a calf cramp, numb fingers and a very bouncy rope. Oh the elation was indescribable. 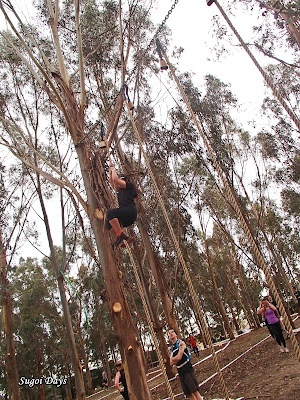 I got passed the balance beams, only to be hindered by the aforementioned calf cramp when I was jumping up and down, celebrating (oh, the irony). That basically incapacitated me from the Herculean Hoist. I proceeded very gingerly after that, picking burpees over certain obstacles now and then. 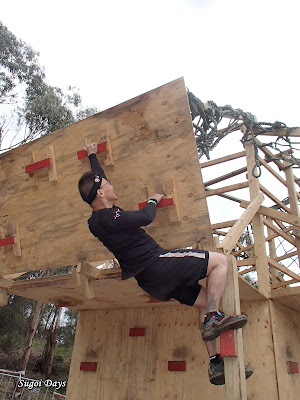 One such an obstacle was the brand new Fortress which required plenty of grip strength and upper body strength. Wide-eyed, I took one good look at it and down I went into the first of my 30 burpees penalty. A teammate conquered it despite incurring a cramp midway through. 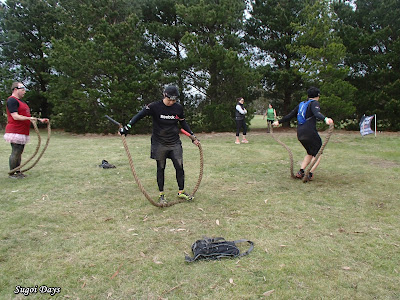 The Fortress also killed him for the next obstacle which was the deadly skipping rope. Many turned ankles and cramps tend to occur at this particular obstacle so we proceeded with caution. Sadly it took down the Fortress conqueror. This goes to show that you may overcome the hardest most physically demanding obstacle that Spartan has to offer but the "easier" obstacles could just as easily kill you. 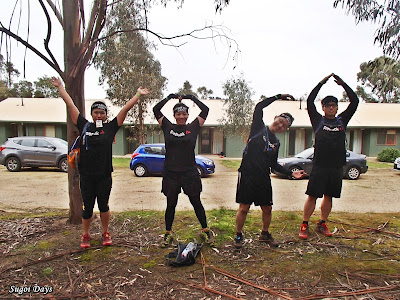 Throughout the entire course, we ran past our lodge room a few times and the temptation to retreat to the warmth of our room was great. But by some form of insanity, we steeled ourselves and our nerves to continue on in the cold. Weighted obstacles like the sandbag carry, tyre drag and farmer's walk offered a reprieve from the obstacles that relied solely on upper body. Women of course had it slightly easier than the men with a lighter weight option at these obstacles. I was so glad I had lovely lady lumps. 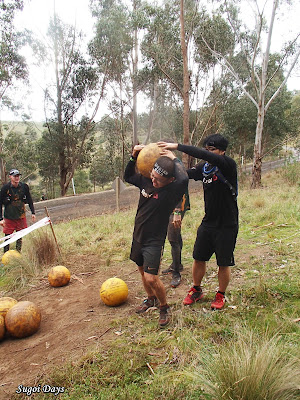 The second last obstacle, wall traverse was one of my favourite even though I didn't get pass it. This obstacle was not short people aka Asian friendly. My footing went at the third last perch right before a huge gap. So it was 30 burpees for me. And finally to end the entire affair for Spartan Beast Melbourne was the preview of the Spartan 300 that was to be the finisher at Spartan Stadium in Sydney, a behemoth of an obstacle that required participants to rock-climb a wall before rolling down a cargo netting and hopping off the container. The queue was long here, slowed down by participants taking numerous tries. With the finish line so close and the chilly weather setting in, I just did my 30 burpees and headed to the end. 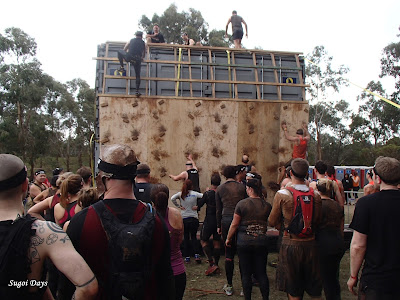 We completed the Spartan Beast in 6 hours, not too bad considering we were freezing our arses off and were walking most of the way towards the end to fend off cramps. We collected our hard-earned medal(s) and finisher shirt before hightailing it back to our room for a hot shower. It was amazing how far how one can push themselves with the right motivation. 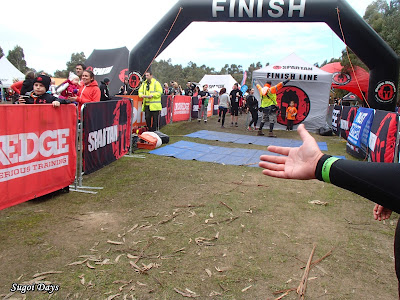 From our room, we could see the participants of the later waves tackling the cold waters of the river-crossing. We ventured back to the race village for food and some merchandise shopping before checking out and heading back to the city for dinner and to catch our flight back to Kuala Lumpur. 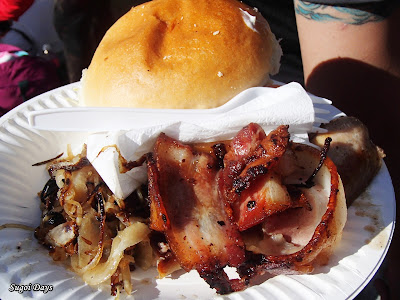 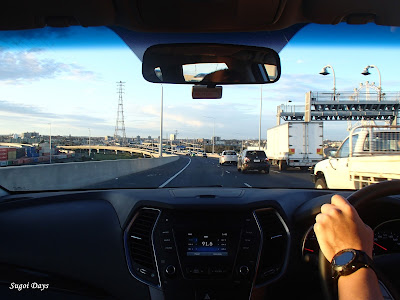 With one piece down, I am now two pieces and a Spartan Sprint and Super away from achieving my Trifecta which I hope to get in Sydney at the Spartan ANZ Stadium combo. 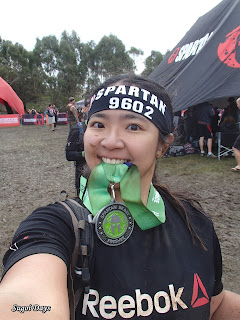 Hey, I'm thinking of joining the 2016 version of this race. May I ask how did you guys book accommodation at the lodge and get there?

Hi Unknown, thanks for your comment. I actually just dropped YMCA Lake dewar an email saying i was racing the spartan race and would like to stay onsite if they had space. as for getting there, we drove as that was the only way to get there while minimal hassle.
Hope this helped!