In just 6 hours of registration opening, all 10,000 slots of the Nike We Run KL 2016 were snatched up and sold out like Airasia Free seats. Registration supposedly opened at 11am with several gungho runners already attempting the signup at 12 midnight on 16 Jan. 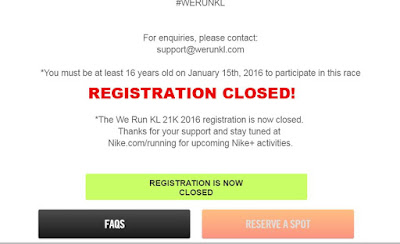 At 1050am, the website opened for people to sign in with their Nike id. Those who didn't haven't one had to set it up and by 11am, the registration for the run opened up. It quickly became the fastest selling race in Malaysian history outside of Standard Chartered Kuala Lumpur Marathon. Successful participants are greeted with this joyful page and a confirmation email sitting in their emails like a letter from Hogwarts.

As the entries flowed in, registrants soon encountered delayed log in time and interrupted payment process. Popular T-shirts sizes were taken up leaving them with L and XL sizes. This will predictably pose a problem during the run as Nike has in previous years, made it compulsory for all participants to wear the shirt during the run. 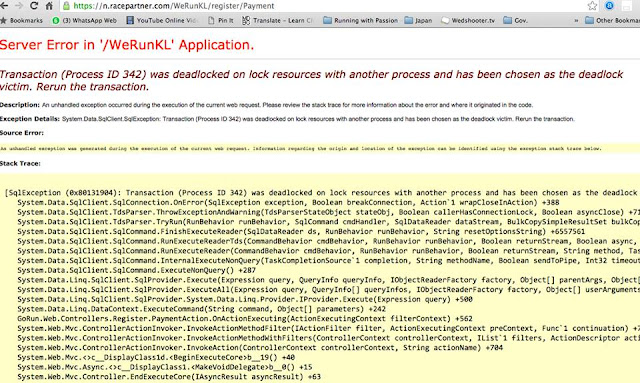 At 5pm, my friend sent me this picture. In just 6 hours, registration had closed. 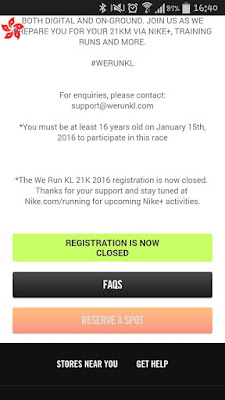 About 10,000 people rejoiced like they have won the lottery to a World Series marathon while another 10,000 grumbled in displeasure at the slow registration and queuing system. Many took to social media to voice their anger. There were cries of boycott and pleas for the organiser to open more slots but I foresee Nike's response will be:

In other words, you snooze you lose.

I hope we get to run a similar route to last year's route that created the iconic Nike Swoosh. 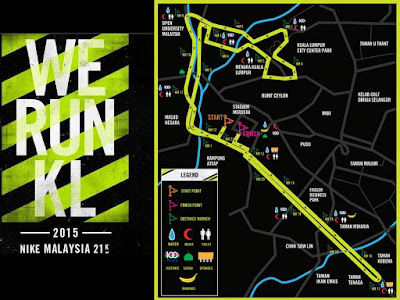