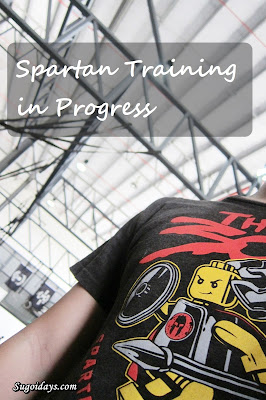 I love working out at Crossfit Pahlawan mainly because it comes equipped with a section for rope-climb practice. It was the ideal location to prepare for an obstacle race like Spartan or Viper. Specifically for the Spartan Stadium series or for Viper Arena. When we were preparing for our Trifecta attempt last year, my team used Crossfit Pahlawan for our training sessions. Check out the madness in the video courtesy of Hashida Lee below.


Anyway, our Spartan training session kicked off with warm up conducted by Coach Dan of Crossfit Pahlawan. Coming from a strength-focused bootcamp session earlier in the morning, I was glad for the up-and-down short jogs, high-knees, bum-kickers, broad jump burpees and forward and reverse bear-crawls. It really got my sluggish joints moving. 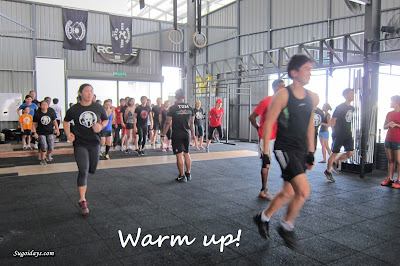 We were then divided into three groups for our respective workout circuits. For some reasons, I ended up in the super fit ass group. The guys looked like they eat sleds and dumbbells for breakfast and the ladies looked as ripped as heck. It was intimidating.

Circuit 1
In teams of three - rotating exercise & rest stations with the runner as the timer.
A: Staircase run, three flights of stairs
B: Sled push (25lbs for ladies, 50lbs for men)
C: Farmer's Walk with cattle bells weight (16lbs/12lbs/10lbs) 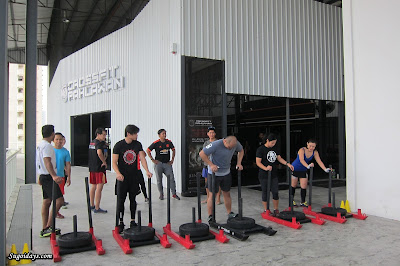 There was some confusion initially amongst the teams of the sequence and rotation of the exercise stations but my team managed to work out some order in our routine. 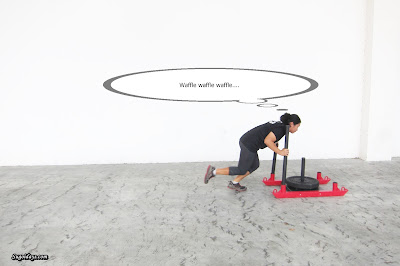 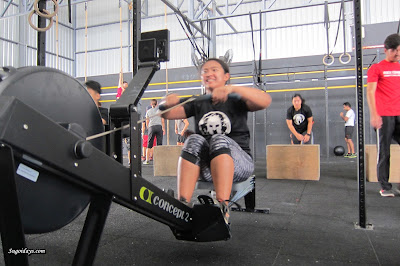 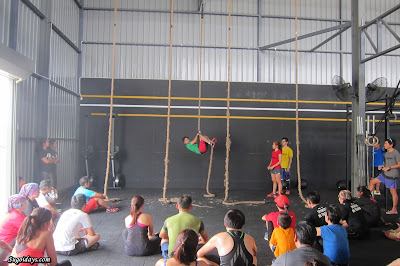 Due to time constrain, my group didn't get to do the third circuit. The training session ended with Coach Dan demonstrating and explaining the techniques of rope climbing and after warm-down, we had free reign of the rope section to practice our rope climbs. I got to practice the different rope-climbing techniques that I shared in an earlier post (link here)- the S-hook and the J-hook. 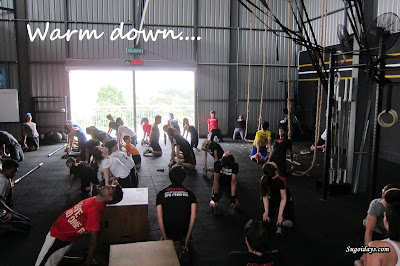 It was a tiring session but a satisfying one no less. A lot of the participants got a taste of what an OCR training preparation should be and hopefully this should get more people revved up to properly train for the rapidly growing OCR scene in Malaysia. 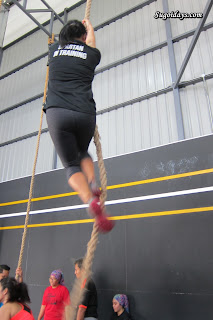 The only thing I didn't like was the way the Spartan rep kept dissing other existing OCRs in Malaysia and worst still, mocking the people who were wearing the finisher shirts of other OCRs in front of the group. It wasn't really a good sportsmanship-like behaviour and kind of juvenile, coming from an international brand. One guy even took off his shirt for the group photo because of that comment. I wouldn't be surprised if this put off a few people at the session from joining the upcoming Spartan Race. 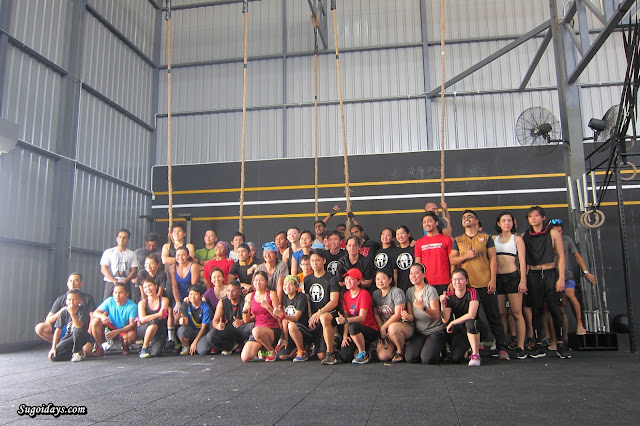 Anyway moving past that, Crossfit Pahlawan was really good training grounds with experienced and helpful instructors and an well-equipped area for a diverse round of workout. Speaking of which, my team should really organise another training session for the upcoming Spartan Super KL and Viper Arena on 20 March and 26 March respectively.

To find out what running events and OCR races are available in Malaysia, check out the Running and OCR guide in the tab above.
Posted by Tania at 9:43 PM