When I got the announcement that Viper Challenge was heading to Sentosa Singapore, I was like 'hell yeah! Sign me up!' mainly because I've never been to Sentosa island. So my team and I signed up and come 23 Jan we all headed South. 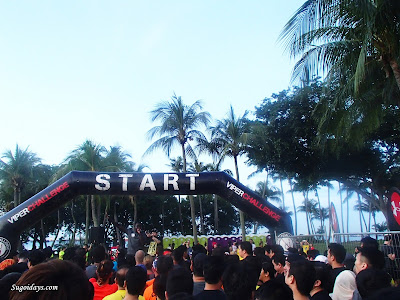 I stayed at Costa Sands resort, a budget hotel about a ten minutes walk to the race village and start line on Palawan Beach. On race day, we were all (amazingly) on time and rearing to go in the first wave. After a 15 minutes delay, we were off. 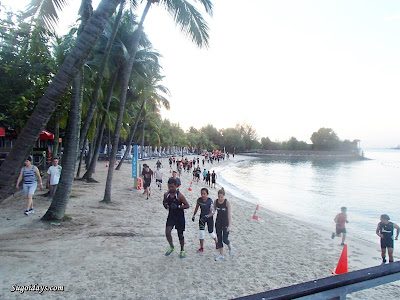 Running along the beach was a different experience for many of us who have never done an obstacle race on the beach. For one thing, it was really scenic. Sentosa island really had the perfect setting for a race like this. The cloudy overcast with a cool breeze from the pristine (freaking clean) sea was perfect for a run on the beach. 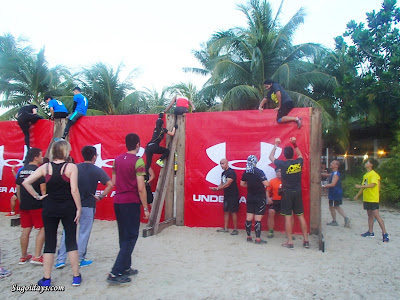 Of course, what is an obstacle race without walls? The walls greeted us on Siloso beach and there, we going straight down to helping each other climb over it. We stuck by the Viper Challenge code to leave no one behind. The Under Armour tarp cover on the wall made it hard to find purchase on the wall, forcing everyone to rely on everyone. 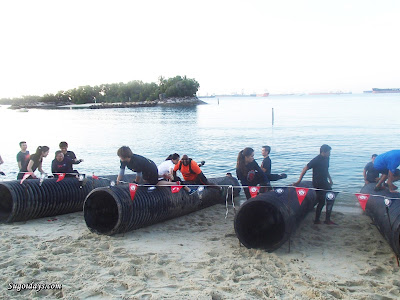 We soon came across the next obstacle, delightfully placed in the water. We had to climb/ hop/parkour over the tubes and then enter the tubes and climb up it. The water made it slippery but after bracing my knees into the tube, I was able to crawl out with little issue. I heard a few people crying out for help, summoning their teammates back to assist them. Hilarious. 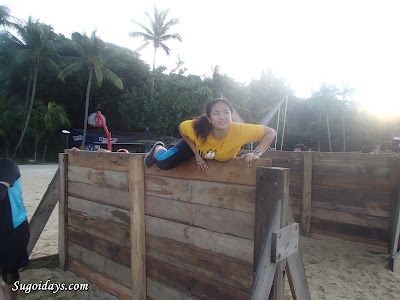 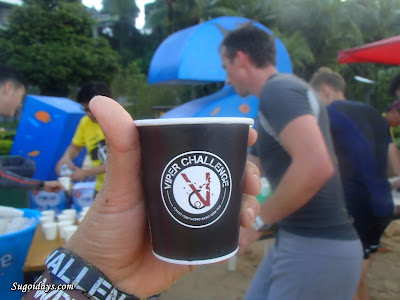 A set of low walls came next followed by a net crawl. A water station awaited us at the net crawl before we were sent off into the jungle trail. It wasn't an actual trail per say with a clear walkway. It ran alongside the sea with a stunning view of the high-rise buildings across. It was also where the sandbag carrier obstacle was. Easy peasy for the bootcampers who were used to running uphill with heavier loads. 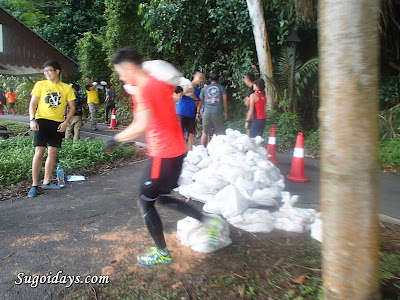 From there, it was a lovely mix of road and trail though Sentosa. We ran past the Merlion and the orchid garden before it merged back with the road alongside Palawan. 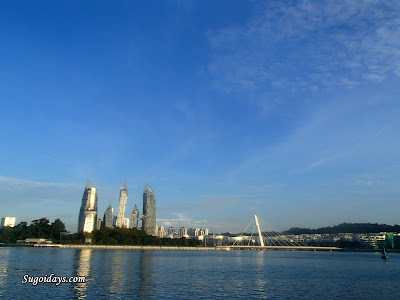 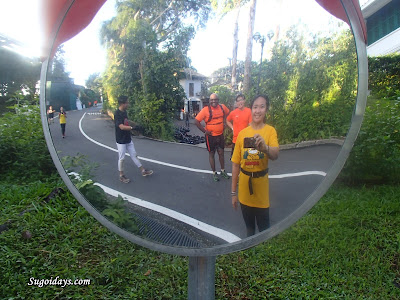 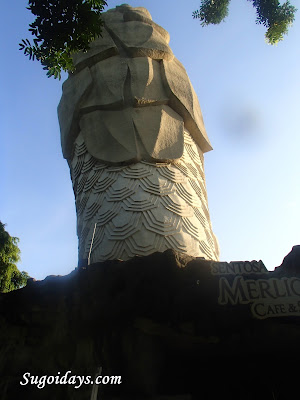 Taking advantage of the long stretches of road, I ran back and forth from any turn off point to my teammates to get in some mileage on my legs. Despite there being no obstacles for those long stretches, it was a complete new surrounding to me so I thoroughly enjoyed it. I guessed the lack of obstacles was due to restrictions from Sentosa themselves. The jerry can carry came next and I mistakenly took the bigger water container instead of the ladies's smaller option for the first round. For kicks and to accompany my friend, I did it again. 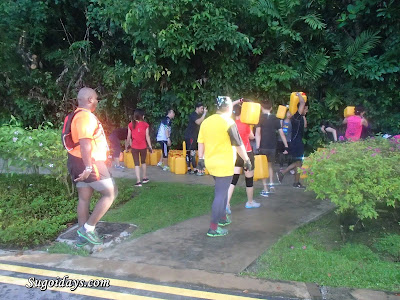 The route took us back to the beach but we're now on the other end of Sentosa on Tanjung Beach. As we approached the next obstacle, I got glimpse of dog owners and their pets playing on the beach and triathlon swimmers going hard at it in the sea. 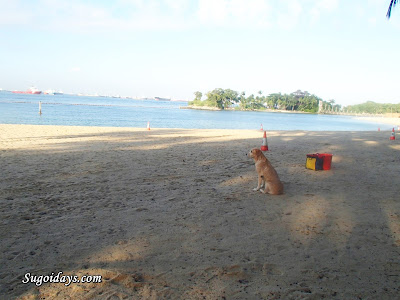 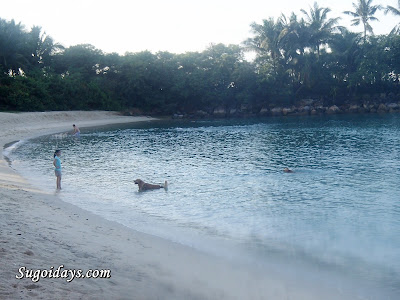 It was around here did we come across an old friend of ours from our Viper 2 Four days. The Floating Passage. Seeing the horde of people queuing and scrambling onto the tires ever so gracefully, I opted to give it a miss and went straight to the next obstacle, the hanging rings and pipe. 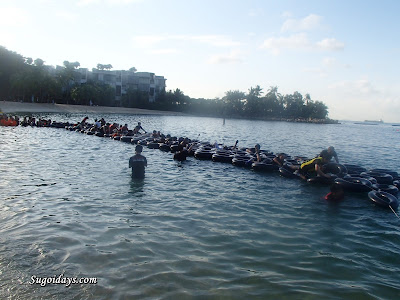 I attempted it ever so gracefully, failed and moved on. Then came more walls but this time we went under and through it. 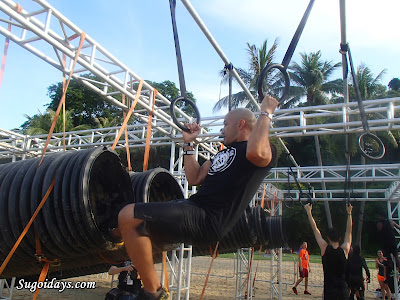 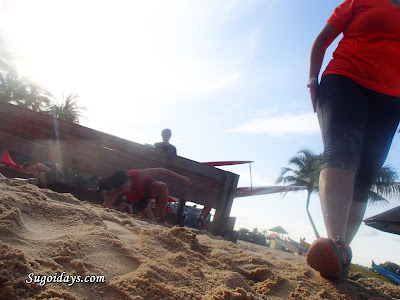 Next up was the wall traverse, an obstacle I have a love-hate relationship with. I failed this obstacle in Spartan Australia and nailed it at Spartan Singapore. Unfortunately, I failed it again at Viper Challenge. I dare say Viper's version was harder than Spartan Singapore's but that made for a good opportunity for people to help out each other. Thank you, random guy in blue who gave me a hand at the wall. 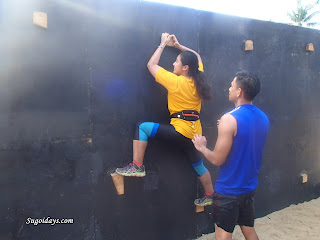 The peg walls awaited us next and here I considered my options. I was seeing cuts and bruises on other people in their attempt to scale it and considering that I had a major marathon the next month, decided not to risk any injury to my legs. Instead, I sent my representative Raj to do it on my behalf. A lot of people had to improvised at this obstacle and help out each other as it required pure upper body strength to overcome it. (Unless you're Raj) 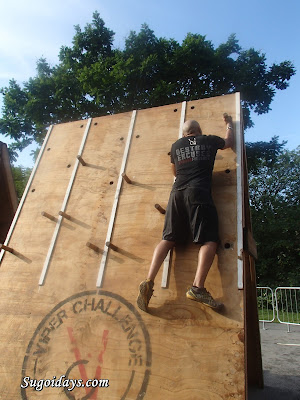 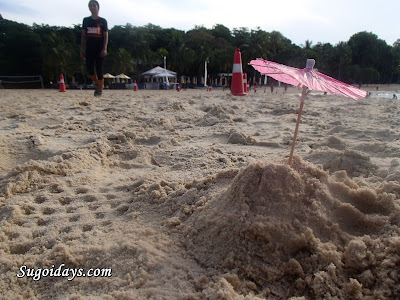 Tire drags in the sand were fun. Having your former instructor (Raj) barking at you to go faster, drive your arms faster, not so much fun. 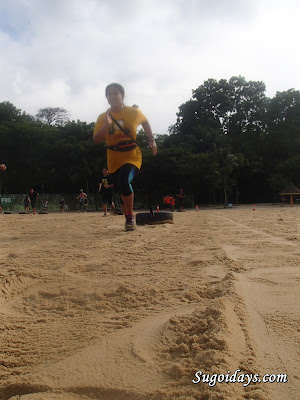 The barbwire crawl was easy for us Asians. Thankfully there wasn't a horde of people there as I can imagine the sand getting kicked up and everywhere. The wonderful thing about having it by the beach was that we could wash off in the cooling water. 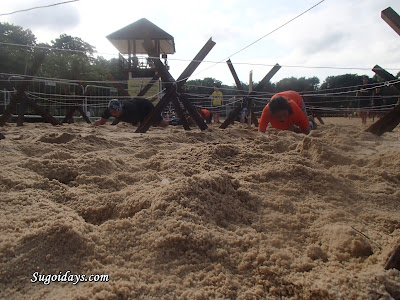 We came across the slanted walls and once again, teamwork came into play. We could see the finish line on Palawan Beach and ran straight for it only to find the finisher obstacle, the Flying Fox was out of commission due to an injured participant. 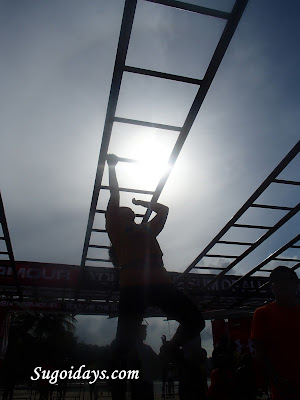 That didn't stop many of us from trying out the monkey bars before crossing the finish line only to join a queue to claim our medals and tshirts. Okay, that was a bit anti-climatic. 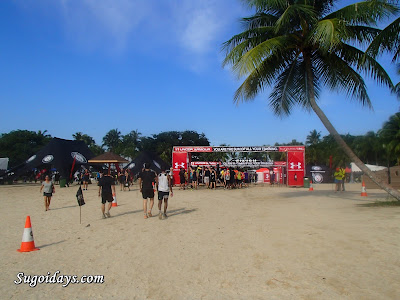 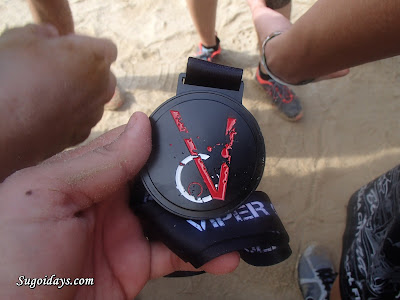 Alright, now onto the race review and feedback part!

1. Course
Loved it. Loved the mix of beach, trail, road and beach again. I loved it so much I went for a run along the beach the next day. It didn't feel like 10km at all! Heard some of my friends commented that there were long stretches of just running without any obstacles and was boring but as mentioned, Sentosa has their restrictions that Viper had to follow too.

2. Obstacles
Same old same old obstacles. Viper Challenge really needs to have a R and D team to experiment and test new obstacles like what Tough Mudder does. Wished there were more swimming/water-based obstacles. Also from what I heard some of the obstacles had to be shut down, understandably for safety reasons but Viper really should look at sustainable durable obstacles that can take the blunt of gungho participants or have plan B, C, D...

3. Water stations
There were only two water stations for a 10km route. While the weather was lovely and not blazing hot at all that day and the venue had an abundance of stores and vending machines scattered throughout, it would have been nice if there were three water stations that also served water and isotonic drinks.

4. Volunteers and Medics
Not enough. I didn't get lost on the course but I heard a few went the wrong way on the trail as there were no volunteers to guide them. Some of the obstacles didn't have volunteers, marshals and medics for crowd control, direction and emergencies. Those that were there however were encouraging and helpful and their T-shirts were super cool in bright yellow.

5. Signages
Inconsistent and lacking. I barely saw any except for the 2km and 8km signs. The obstacles had no signs with their names, instructions, level of difficulty or even quirky quotes like what Tough Mudder has.


6. Queues
The only parts we really had to queue was at the finish line to collect our medals and shirts and at the baggage collection. From what I gathered, it was because the people ahead of us were picking out their tshirt sizes. If there were size shortage, it would be because some people never stick to the size that they initially picked.

As for the baggage collection, the space wasn't big enough and I saw bags piling up on top of one another. Good luck looking for your bags later. 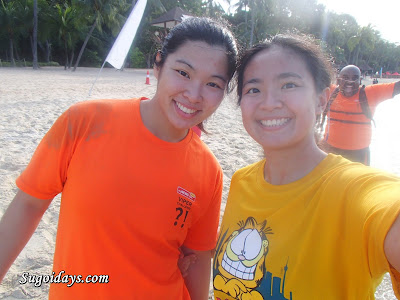 All I can say is....it wasn't the best Viper Challenge I've experienced save for the stunning beach-trail-road route through Sentosa. But having a reliable team going out there to enjoy the experience together was all I needed for a memorable weekend climbing walls, lifting weights, running through an island and waddling in its pristine blue waters.
Posted by Tania at 9:27 AM

It is a great training work hosted in Singapore, It will be helpful for youngster and sportsman to prove themself and do their best to learn from here, I really like it. Find the professional coaches who provide gym classes to strength your body. Parkour Classes Singapore

Very Well-Written Content. I found this blog unique and what i have been looking for, many thanks. Independence Day Quotes And Sayings India 2018