When in Penang for a run, the first thing one must do is eat. Which I did. Which turned out to be a decision my body regretted 16km into the run later on. But my tastebuds thanked me anyway for the treat of Penang Char Kuey Teow. YOLO right? 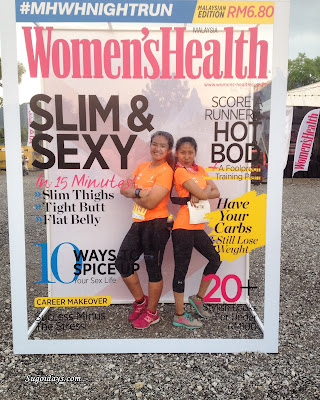 Anyway, I was recently invited to participate in the Penang leg of the Men's Health Women's Health Night Run 2016, the first of three races to be held within this calendar year. So I roped in my family runners and a few friends and off we went on a grand road trip to the Pearl of the Orient. 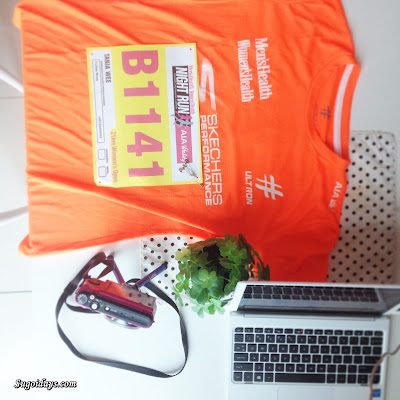 Except, our grand road trip slowed to a crawl right before Sangkai because we were caught in the combined aftermath of an accident and the Qing Ming goers. Oh right, Qing Ming was that weekend. Running at night should be fun.


Surprisingly though the turnout at the race venue and the Time Out Penang Food Village was impressive with the food trucks and vendors proving especially popular with runners, their families and Penang-based visitors who came down to join the party. 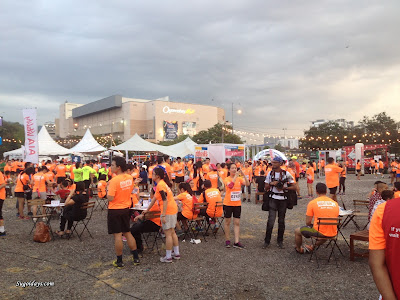 Entertainment in the village began at 5.30pm and lasted until well past midnight with  live music acts included Kien Lim and Penang singer/songwriter Daniel C. Dangerdisko, and headline star Patricia K also dee-jayed until late so that runners returning from their exertions around the course could join the revellers.

One thing that drew the ire of many runners especially the 21km catergories was the odd flag-off times. Usually in a race, the longer distance would always start first in anticipation that the last runners would return about the same time as the shorter distances. Not at MHWH though. We flagged off last at 9pm, after the 5km (8pm) and the 12km (8:30pm). By the time the last runner came in, it was almost 1am. Very curious indeed. 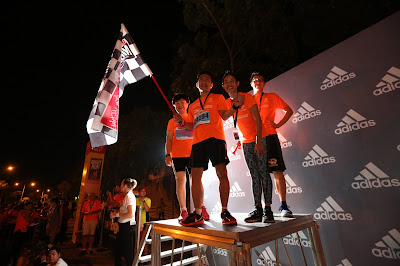 To top things off at the run, Penang is an island. And combine its island nature and the raging heat and humidity wave that has struck Malaysia of late, made MHWH 2016 a very challenging run indeed. Usually, I could run 21km and not feel like a truck ran over my legs repeatedly. I finished my 21km with a new PW (personal worst) and feeling like a truck driven by the Hulk ran over my whole body. Repeatedly. 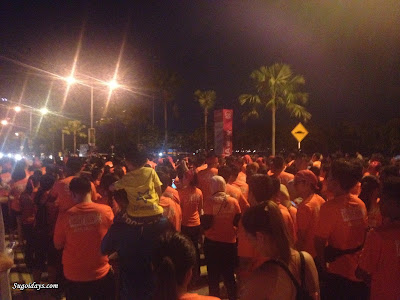 Sweat pouring down my face and back, I mentally tried egging myself to keep pace for the first 10km. But once we entered the industrial area of Bayan Lepas, things took a turn for a worst. For the first time ever, I experienced the infamous Wall - something that runners experienced in marathons usually. I was feeling it at 12km and the multiple U-turns made it worst. I was cursing everything and anything around me, especially the organisers for starting the race so late at night. I was cursing the girls who would sprint ahead only to slow down to walk before doing that again.

I was in a foul mood until I spotted the final U-turn and a brave volunteer at the electronic checkpoint, cheered me on. "5 more kilometers. You can do it!" 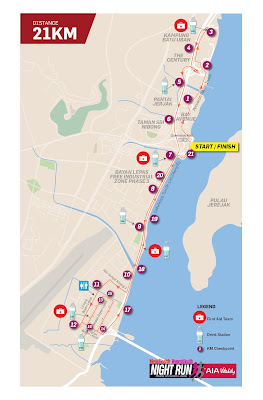 It was then I took a deep breath and told myself to keep jogging. I could feel my calf tightening with fatique, on the verge of a cramp but I forged on. When the reoccurring pain in my ankle returned, I walked. No shame in that. I was in it for the long haul and that included another 21km the following week so I played safe and walked in short stretches.

The Wall was a mental game and I had to keep telling myself, "3 more km to go, come on. You can do this in your sleep. Just keep running."

I eventually passed the finish line with my mom waiting patiently for me and immediately gulped down half a bottle of sports drink. Yet another mistake as my body rebelled against the fluid and minerals and I spent the rest of the night in my Airbnb, nursing hangover-like symptoms: migraine, nausea and dizziness. Mom speculated my body was too exhausted and too dehydrated to be taking in the sports drink so rapidly. Only a bowl of CP wanton soup from 7-Eleven helped.

It was only in the morning did I get a glimpse of the medal. As I helped it up to the sun for a better look, I realised one thing. 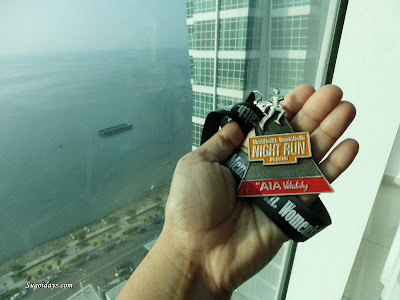 The damn medal didn't have the completed distance on it! Running 21km and all I got was a medal that even the 5km runners got. Meh. I guess I'll be running 5km for the next one in Putrajaya and then the next in Johor.

Ps: Thank you, Essence PR and Mongoose Group for the kind invitation to join this run. My rants aside, it was an interesting running experience.
Posted by Tania at 6:56 PM