The Nike We Run KL series has always had their ups and downs, having started out as a 10km run, before increasing to a half marathon distance and then with the age-based price difference. In 2015, Nike kicked off 21km as its one and only category and despite the increased distance, registration still sold out like hot cakes. The route of the run ended up forming the iconic swoosh of the brand which was pretty cool. 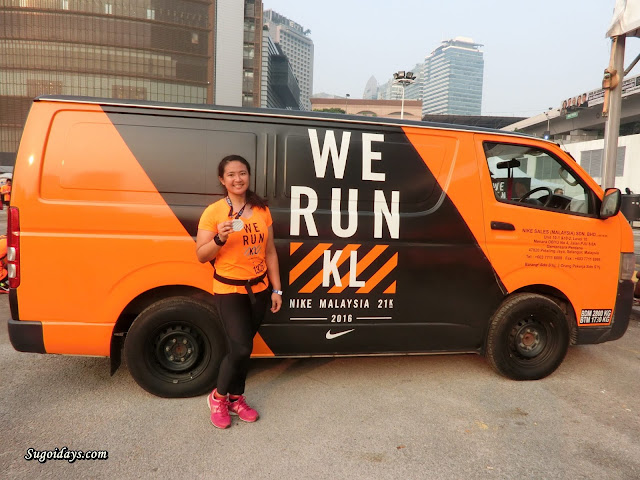 A year two months later, the second-edition of the 21km Nike We Run KL race flagged off over 8,000 runners along Brickfields and one of those runners was me. After MHWH's disasterous 21km outcome the previous week where I suffered hangover-like symptoms during and after the run, I wasn't taking any chances with my race this time. I loaded up on 3 energy gels, filled my water bottles with electrolyte tablets for cramp prevention and pulled on my compression pants. 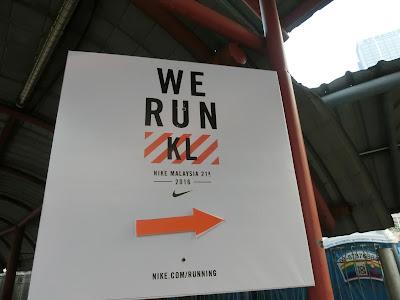 I was directed to the sub 2:30 area which was still crowded with people who look like they have never ran beyond 5km before. When the flag off officially happened, fireworks lilted up the darkened morning sky and instantly a sea of phones pointed at the sky was all I could see. It took me about three minutes to the start line and I was off.

The first 5km of the race was always the hardest to me especially when every inch of my body was just itching to go all out when everyone around me was just blazing it. But no. The pace mattered and I adhered to my 7:25 pace. 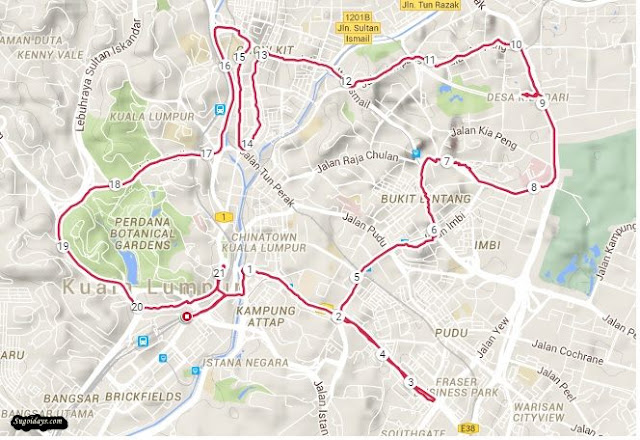 At 2km, my decision paid off. A lot of people around me started walking. Then at 3km, the sub 2:30 pacers ran past me. Once again, I had to squash the urge to chase them but knew it would be a suicidal thing to do so. I was partly banking on sustaining my energy for the last 5km to make up that.

At 7km, humidity was at a high as we ran past the site of the once iconic Pudu jail and Berjaya Times Square. My friend, Jon called out to me before disappearing into the crowd. Usually 10km would be my gel break but I've decided to take it in at the 7km water stop this time to give it time to digest and kick in. Which it did at the 9km section. 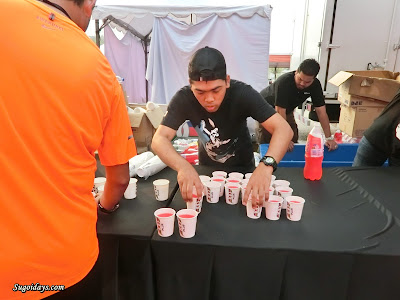 The fact that the route was flat and slope-less throughout the city weaving to Jalan Raja Laut before joining Jalan Kuching for a final stretch of flat before the slopes along Jalan Damansara at 18km. In anticipation of the slope, I took in my second packet of energy gel at 14km and continued sipping my own electrolyte drinks at every water stop.

My ankle started to ache at the 12-14km mark and instead powering through the pain like I did at the Kyoto Marathon, I stretched it out. That worked so much better and was barely noticeable by the time I hit the slope.

I saw calves seizing up at the uphill section into stones of cramps and runners stumbling off to the sides in pain. It was not a pretty sight. Cringing, I ran on. Adhering to what my running sifu, Sunil Bangah told me during training, I kept my cadence even if that meant my pace dropped to 8:30 at that section.

I would have liked to speed up in that last stretch but the slope had killed my legs and lungs. So I opted to cruise to the finish line at a comfortable 7 minutes pace and crossed the line at 2:41:42. 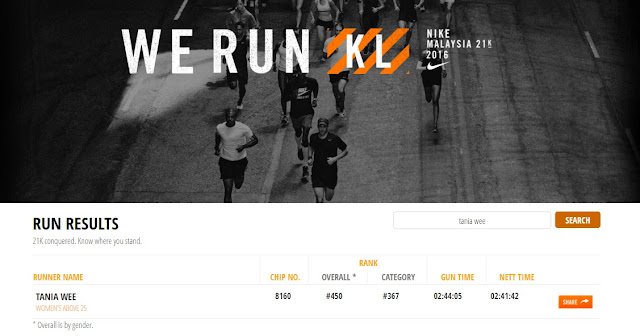 Woohoo, a PB at an official race!

To top it off, I felt fine. This was perhaps the most comfortable 21km I've ever ran and a vastly different experience from the 21km the previous week. I could still walk around (and run!) like a normal person after the race and even had the energy (somehow) to join in the Viper Training after. Something definitely went right with my race planning whether it was my carbo-loading, electrolyte intake, gel timing or just plain lucky that the weather wasn't so hot and humid and that the route was for most parts, flat. 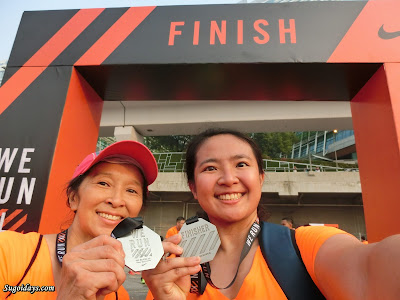 The race itself was very well-organised with water stops every 2km and equipped with water, 100Plus, sponges and bananas. Directions were on point and I especially loved the quotes from runners along the way. The Nike Race Village had a nice treat waiting for racers in the form of an ice-dip to sooth weary legs but my mum who finished the race 23 minutes ahead of me tried it out and instead nearly incurred toe cramps. 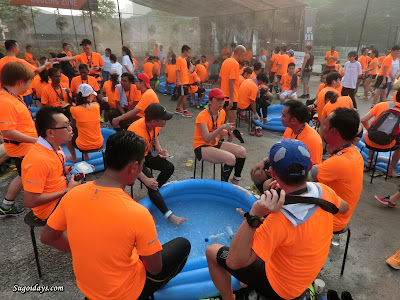 I can see why Nike continues to sell out each year because personally, running it has always produced some of my most enjoyable 21kms. 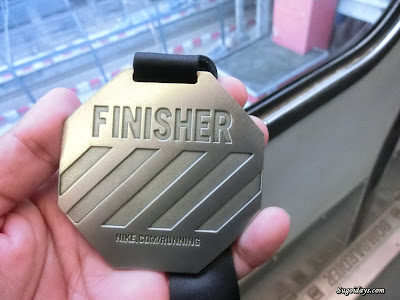 I'll be back next year, Nike and I will beat that PB again.