Ever sat through a workshop or a presentation and found yourself craning your neck for the best view? That's because the seating arrangement isn't suited for the workshop format. Conducting a workshop or a class isn't as easy as just putting rows of chairs and tables together. You need to start to think about the room layout and in particular the seating style for your audience.

Whether you are setting up a business presentation, training classroom, hosting a full scale gala dinner or product launch, the arrangement of the seating can make all the difference. You have invited your audience to communicate a message, so it’s important that your audience is seated in the best way to achieve the maximum impact for your message!
source: www.stagingconnections.com

Here are five most popular seating styles for different events.

1. Classroom
This style reflects the seating found in a school or lecture theatre, with chairs and trestle tables aligned in consecutive straight rows. 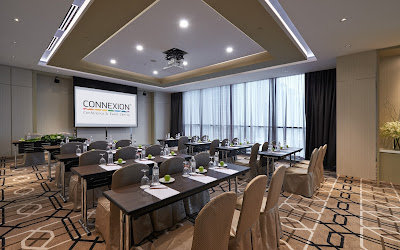 5 Things that Could Make or Break that PB

In April, I did two half marathons, a week apart from each other and in two different venues. Both routes were relatively flat so I thought a PB was possible, especially for the MHWH Night Run. 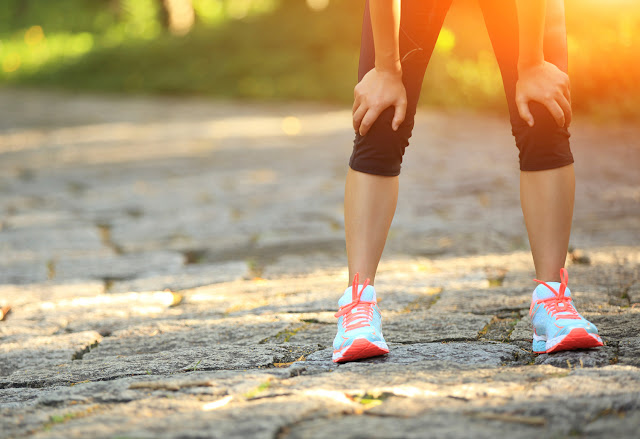 The above image is owned by Trainer Academy
But as I ran, my body told me two different things during those two races and I marveled at how so many factors contributed to one's performance. I also marveled at the many regrets and thoughts that ran through my mind during the run.

Until now, Hawaii was the only place where one could attempt a Spartan Trifecta in one weekend. Well, this year, Spartan Race Australia has upped its game to include a Trifecta weekend in its schedule. 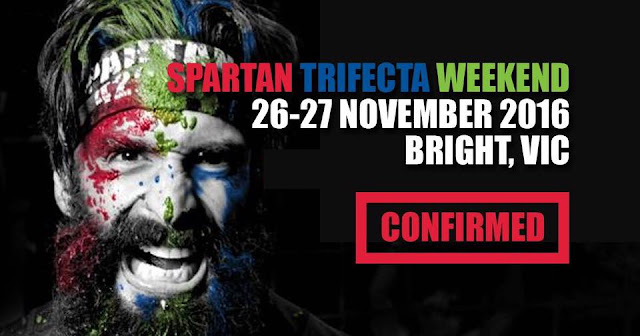 What is a Trifecta weekend? As the name indicated, it's a weekend (Saturday and Sunday) for racers to race all three Spartan Races: Sprint, Super and Beast over both days. Hence a Trifecta. Weekend.

The dates have been announced as 26-27 November at Bright, Victoria, Australia. Rumour has it that it will be a Friday - 4Hour Hurricane Heat, Saturday - Super and Sprint and Sunday - Beast and Ultrabeast. Woahhhhhhh.

Registration is set to open on 4 June 2016 and according to Spartan Race Australia big boss, Max DeLacy, it will be all-systems go if registration hits over 2,000 by 15 July 2016. 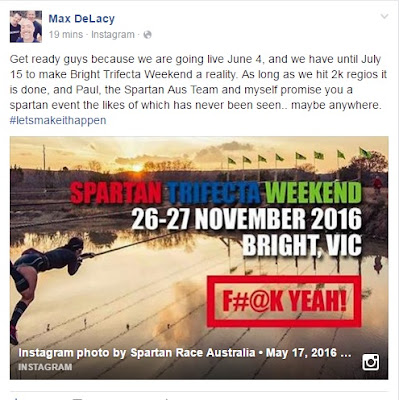 So leave no space and time for second guessing and mark the dates for a weekend that will surely be known as L-E-G-E-N-D-A-R-Y.

Okay, so when I say training for Mount Kinabalu, it isn't really so much of training but rather just waiting for the date of the hike to come.

I was supposed to climb up Mount Kinabalu last year on top of also climbing Mount Fuji but as luck would have it, white people decided to get naked atop the mountain and an earthquake happened, stranding about a 100 hikers atop the summit that day and taking the lives of a great many others. It was....shocking seeing as my hike was to happen three weeks after that. 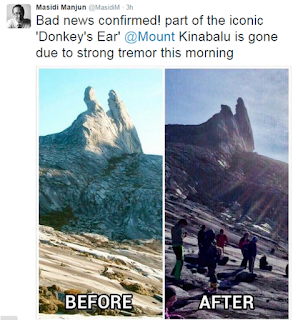 The routes were deemed unsafe and the trip was postponed to the following year (this year). To make it more special and memorable, I decided I will attempt my hike on the anniversary of that fateful weekend and made arrangements for 3-6 June 2016 and will be climbing to the peak on the 5th of June to commemorate the anniversary of the earthquake.

Well, since I mentioned training, here's how I've been training for the climb. 5-6 sessions of bootcamp with Original Bootcamp a week and Sunday hikes at Gasing Hill.

How's that for training? Sufficient? Insufficient?

Chances are you would have already heard of the famous Tella Balls from Sydney. But I am still gonna blog about them here because chances are you've only seen and heard about them on Instagram and in the news. 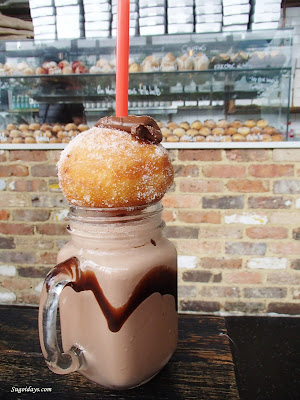 The Nutella-filled Tella Ball Milk Shakes are a must try for the Nutella lover at Foodcraft Espresso and Bakery with its donut topping capping the decadent treat of chilly cold Nutella milk shake. They have other options too if Nutella is not your thing. (HOW IS THAT POSSIBLE??)

I have glorious news for you all in one beautiful sentence: Coffee, chocolate...buffet!

That's right! It’s Coffee and Chocolate High Tea Buffet every Sunday at the Lobby Lounge, Shangri-La Hotel, Kuala Lumpur. At only RM95 nett per person, you can enjoy the Coffee and Chocolate High Tea Buffet from 2:30pm to 5:30pm and enjoy coffee-flavoured desserts such as Tiramisu, Salted Coconut and Coffee Jelly, Latte Macchiato Panna Cotta and White Coffee Ivory Raspberry Tart, among others. 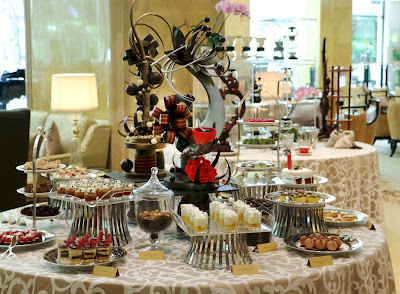