I was lucky that my car came equipped with an easy-to-use GPS because without it, I would have been hopelessly lost in the countryside of Hokkaido. Forever doomed to wonder the roads in a rented Toyata Vitz with dysfunctional family in the passenger seats.... *Shudder*

We had many places to hit in Biei and Furano and so much driving to do and so little time.
1. Zerubu Hill
2. Mac OS X backdrop, less commonly known as Blue Pond
3. Shirahige Falls and Blue River 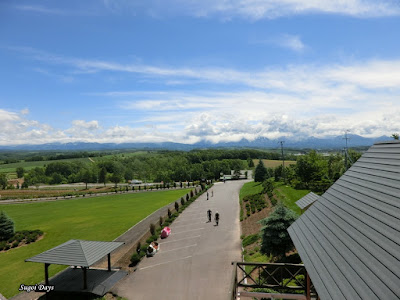 After my near encounter with a speeding ticket in part 1, we arrived at our first stop of the day, Zerubu Hill. Because it was still early in the season, the flowers weren't at full bloom so there wasn't much to see. However, it gave us a lovely view of the snow-capped mountains in the distance. Little did we know that we would be driving towards those snow-capped mountains and would be seeing plenty of them later on.

Save for us, Zerubu Hill was void of tourists which made for a nice rest stop. If flowers weren't a reason to stop there, then their piping hot potato croquette was, especially the one filled with cheesy bacon bits. If flowers, a snow-capped mountain view and delicious croquette was not up your alley, then give Zerubu Hill a miss. 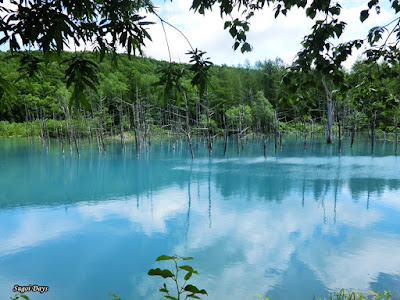 The Blue Pond was roughly a 40 minutes drive from Zerubu Hill and fairly isolated in the countryside of Biei. But with the hordes of buses and cars headed there, spotting the entrance to parking lot was easy.

The Blue Pond or as some Mac users may call it their desktop backdrop, was exactly just that. A blue pond. A body of water that was blue. In spring it was mesmerising to be stare at. I imagined it would be magical in winter although the drive there would be nerve-wrecking with the icy and snow. 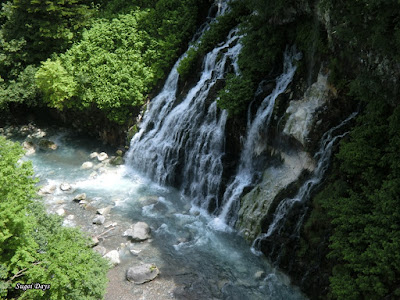 The water from the pond flows into the originally named Blue River which was just up ahead from the pond. A 5 minutes drive and we were at the eerie ghost town of Shirogane Onsen. We parked the car and tracked the bridge to see the Shirogane Falls. Across the bridge, the covered flight of stairs led to the top of the hill where Tokachidake Sabo Information Center sat like a building from a horror movie. 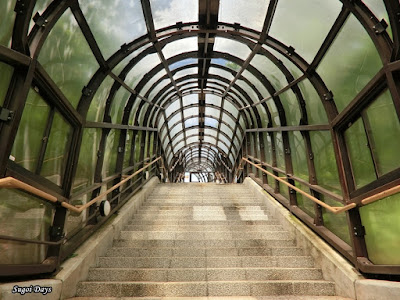 The lack of people in the area added to the creepy atmosphere of the town and we hightailed it out of there as fast as we could (without going over the speed limit). 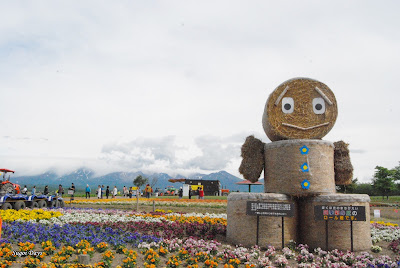 The famous Shikisai no Oka was next but as soon as we saw the many many many tourist buses and vans, we should have give it as miss. To say it was crowded was an understatement but crowded it was with the worst kind of tourists....mainland chinese. 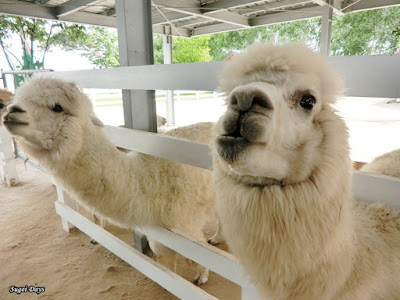 Flowers were pretty through even though they weren't in full bloom. There was quite a lot of walking involved to get to the more isolated parts of the field and one had to wonder if the efforts was worth it. We only spent an hour there, mostly feeding the alpacas and headed to Tomita Farm, the lavender field next. 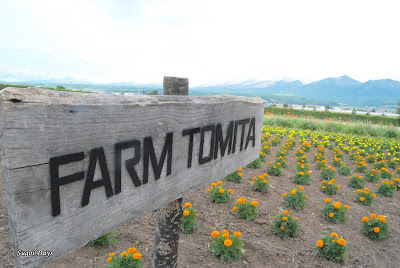 A slightly calmer view of people amongst flowers greeted us at Tomita Farm. The freezing breeze toying with the purple flowers might have something to do with that. But that didn't stop me from enjoying their lavender ice cream (vanila ice cream with a soapy after taste) and lavender coffee (which was just coffee). They had heaps of Furano specialty products at the farm and had I known earlier, 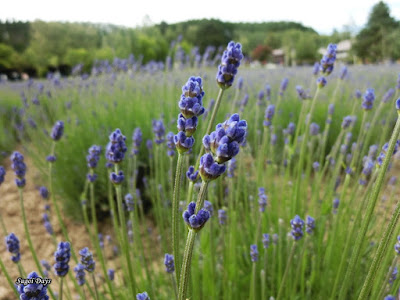 I could have just visited Tomita first to see what Furano had to offer: cheese, jam, flowery stuff, booze and ice cream. I could have save my family and myself an extra hour on the road had I known as we headed to our final stop. 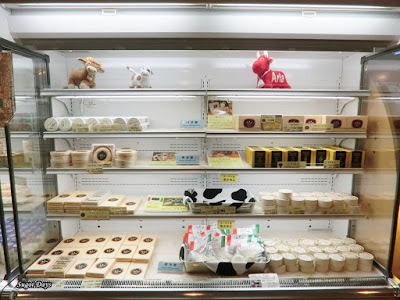 The name Furano Cheese Factory was rather misleading. It should have been named Cheese and Ice Cream cafe because that was all we got there. The factory was more of a demonstration that had non operational when we got there. We "educated" ourselves on the wonders of Furano cheese at its gift shop where we helped ourselves with their cheese samplers and ended up buying quite a far bit of Cheese wine and custard. 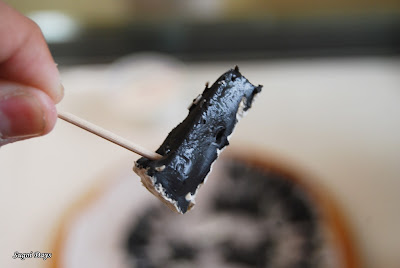 The drive back to Sapporo from the heart of Furano was mind-numbingly boring as I had to navigate through the single-laned road that cut through the mountains between Furano and Sapporo. It was the fastest way back to the city according to the GPS but the speed limit of 60-80km/h dragged the drive on and on and on.

We did drive over some really nice bridges that connected the roads through mountains and even got a stunning view of Lake Katsurazawa from an overlook next to the road. But other than that, it was the longest two hours drive I ever had the pleasure of enduring. 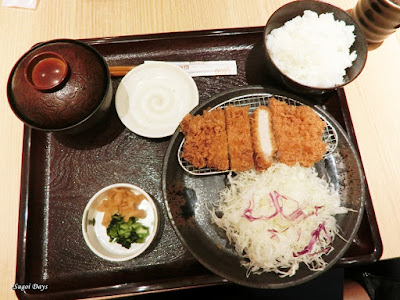 After much debate with the family, we decided to head to the famous Tonkatsu Waku at Stellar Place at Sapporo Station for dinner. I read that a queue was not uncommon outside the place but by luck, there wasn't any and we were shown right in. Everyone ordered a set of tonkatsu each and loaded up on the unlimited serving of cabbage. Service and food was top notch and value for money. As a bonus, we found out we were entitled to two hours of free parking in Stellar Place because we had spent over a certain amount in one receipt.

And on that note, that concluded my driving adventure to Biei and Furano. The next day, it was off to the South of Sapporo via car for Lake Toya and Noboribetsu. On a deary rainy day. Yay....