Anyway, this trip was...different from my other OCR travels because 1) it was in Japan, 2) I was running solo and finally 3) I can't converse fully with other racers. I was excited and nervous and admittedly, a little scared because it would my first Spartan Race abroad without my teammates whom I found myself missing midway through. 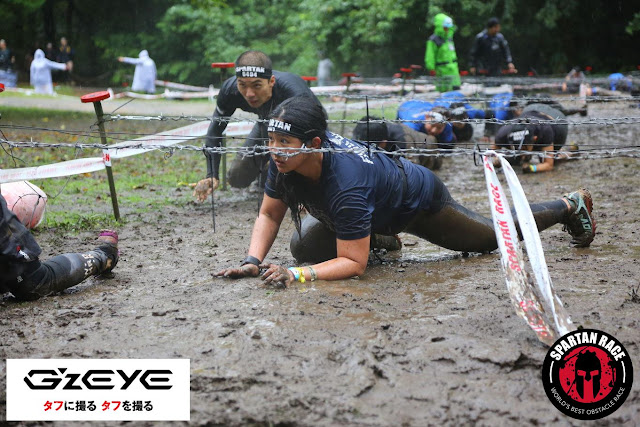 Race morning was rainy rainy rainy.  It was so rainy that the race village became a mud pit with people tiptoeing across the field to get to the bag drop tent. If it wasn't for my trusty Inov8 Ultra shoes, I was sure I would have face planted multiple times. It seemed that Spartan Race Japan needed to work on the bag drop system because it took racers over an hour to bag drop! I think the fact that we had to pay 500yen for the big plastic bag to store our bag made it worst because we were slowing down to dig into our bags and had to step aside to repack and etc. MOVING ON.

I missed my 10am flag off time but managed to wiggle my way to the startline for the 1030am flag off. After the usual Aroo Aroo Aroo and Who are You, I am Spartan ceremony (I really missed Australia's Spartan Races at this point because the spirit wasn't the same), were unleashed into the course.

To sum it up, the route was hard. Sagamiko Forest was an amusement themed park on a hill and boasted a beautiful forest with leaves turning red and yellow to greet autumn. The first half of the course led us up up up and away into the hill right up to its ferris wheel at its peak. The route alternated between road and trail keeping it fast and slow all at once. Scenery-wise, had it been sunny, it would have been stunning. As it were, it poured the whole way, a teaser to the torrent rains of Typhoon Lan that hit the following day. The rain made the trails twice as slippery and muddy, the obstacles twice as hard and the river crossings twice as fast. 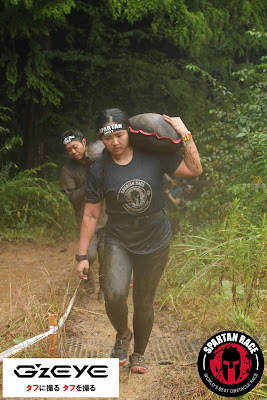 The difficulty in obstacles varies. Obstacles I used to struggle with like the atlas carry, I found easy here and obstacles I would usually ace were surprisingly challenging such as the rope climb and the herculean hoist. Due to my stunned growth, wall obstacles can be a challenge. It was here I had to open my mouth and say, "Onegai tasukete..." aka, "help me please."

In all fairness, I only had to use it once out of the three times I needed help. The other two times I lucked out and had two english speaking westerners help me out. Somewhere along the 10km, I was chitchatting with an American dude who had come to Japan on a holiday and was conned into doing the race by his friends.

I know how you feel, dude. I am still wondering how I conned myself into spending RM666 (17,500yen) to participate in this race. ON THE BRIGHT SIDE, I am just glad that my race wasn't cancelled due to the typhoon because the Sprint race on Sunday was called off due to Typhoon Lan hitting mainland Japan hard.

All in all, I think this video of the race that I compiled on my iPhone while waiting for the train in the shivering cold, gave a good walkthrough of the race. I really need to get myself a GoPro if I am going to be doing more of these races solo. (ehem coughsponsorGoProcough)

I am giving this Super a 4 out of 5 Buck Furpees because the weather brought on a whole new set of challenges to the course. 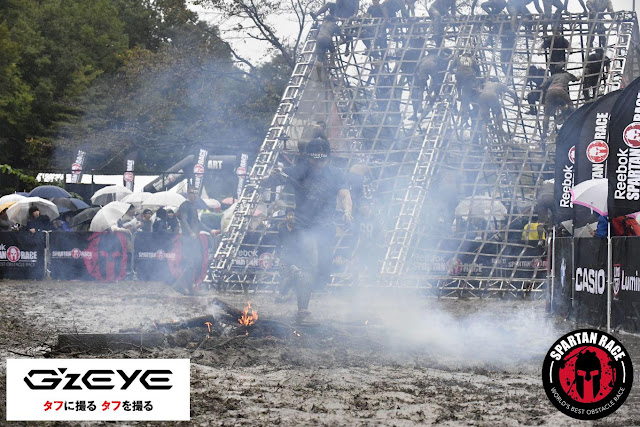