Somewhere behind me, behind those 5 foot walls set up in middle of a plantation in Sepang, I could hear my friend coaxing a pair of girls to use him as a step for them to get over aforementioned walls. Ahead of me, my sister was scrambling over the walls with sheer determination and I thought, "if she can do it, so can I." 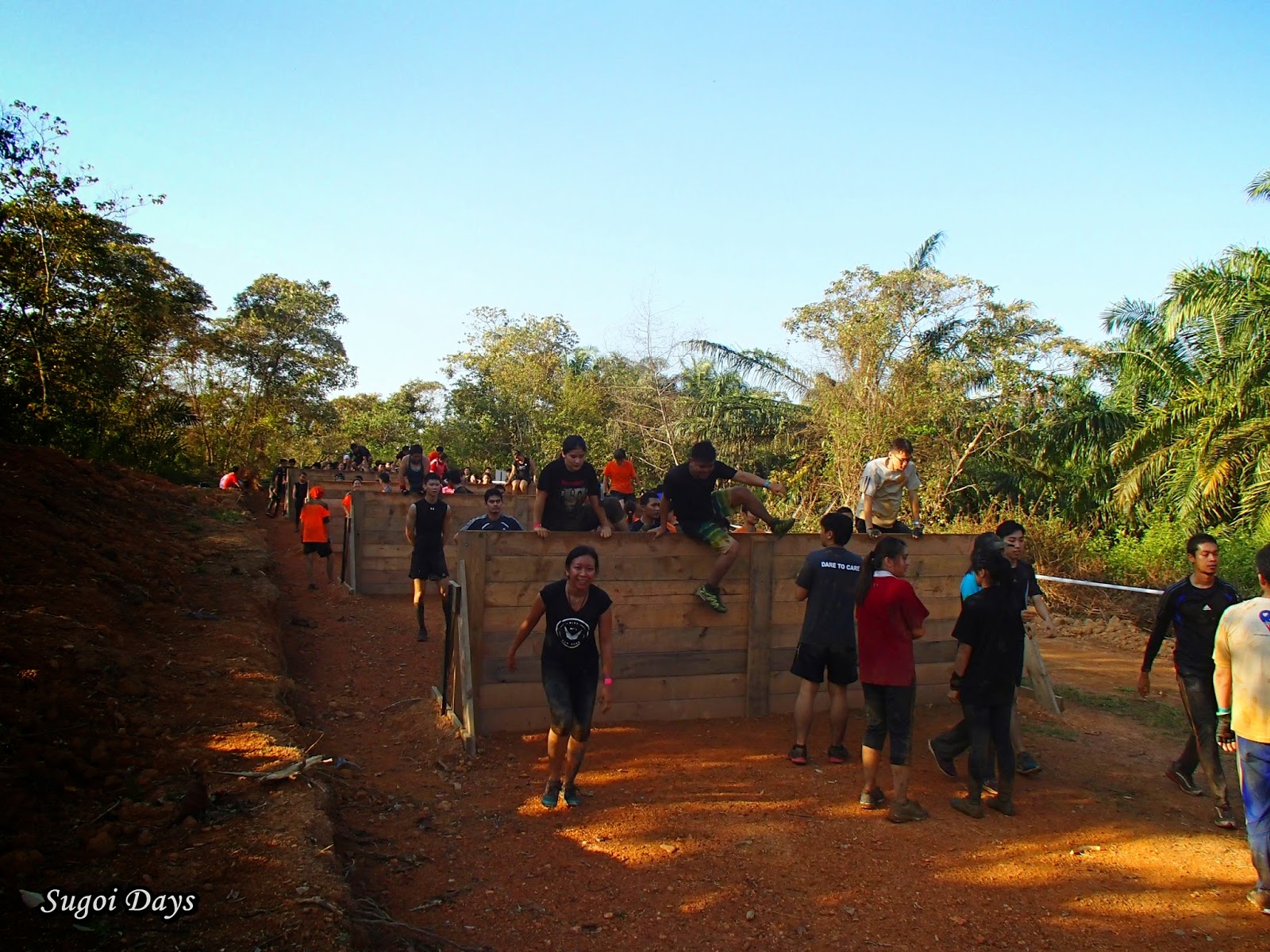 So I did it. Awkward and uncoordinated. Not at all like how my Bootcamp instructor taught us (he would burst a vein if he saw how I did it) but I did it nevertheless. And even though those walls were only 5 foot, it was an achievement for me. 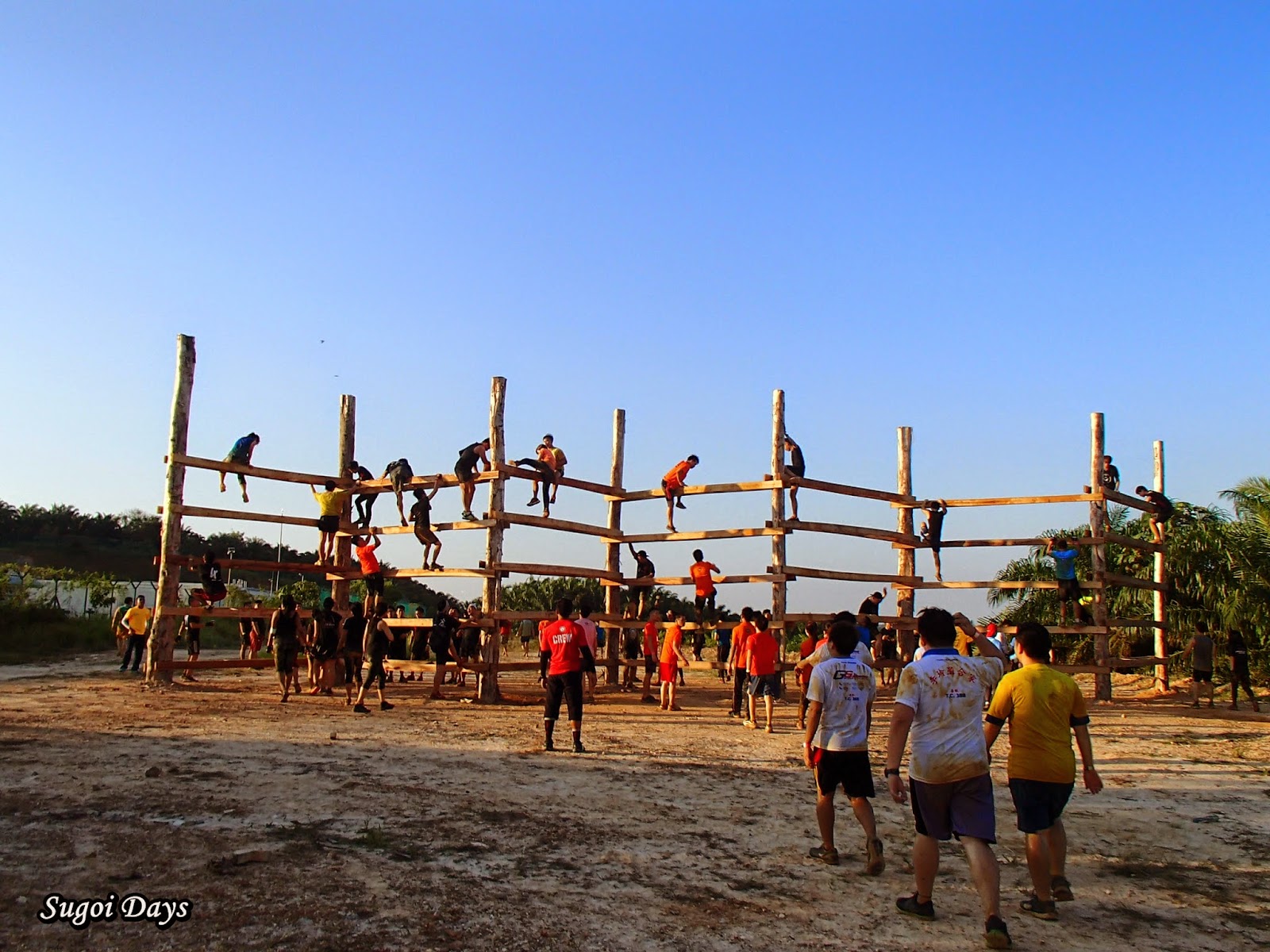 As it turned out, it became the only notable achievement for me for the rest of Viper Challenge 2015. 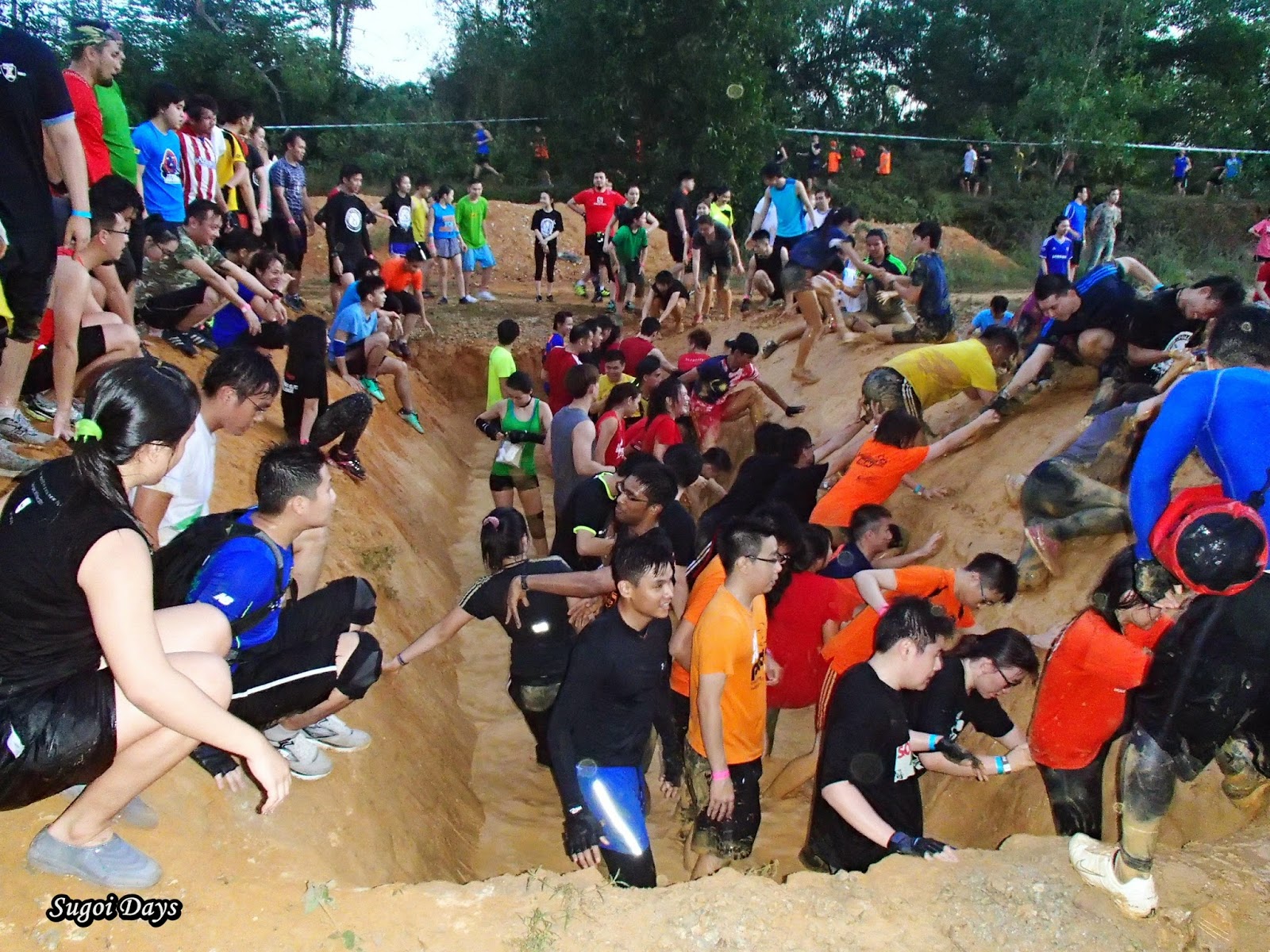 Because the rest of it, other than the water obstacles and muddy creek run, I either failed or just walked past on account of my injured patella. But that was the beauty of Viper Challenge. If you can't do the obstacle, just move on. There is no penalty in this obstacle challenge much like Tough Mudder, unlike Spartan. 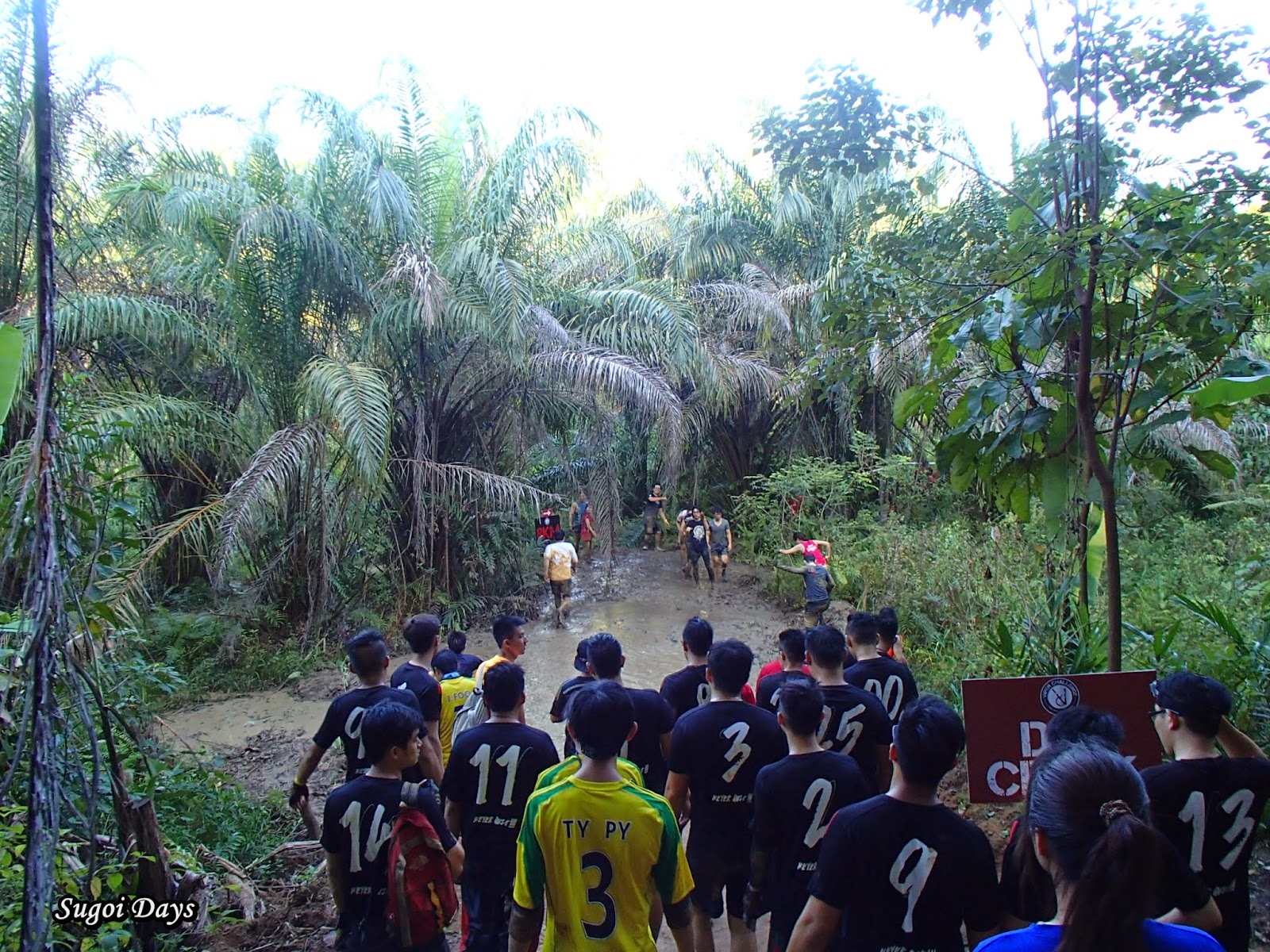 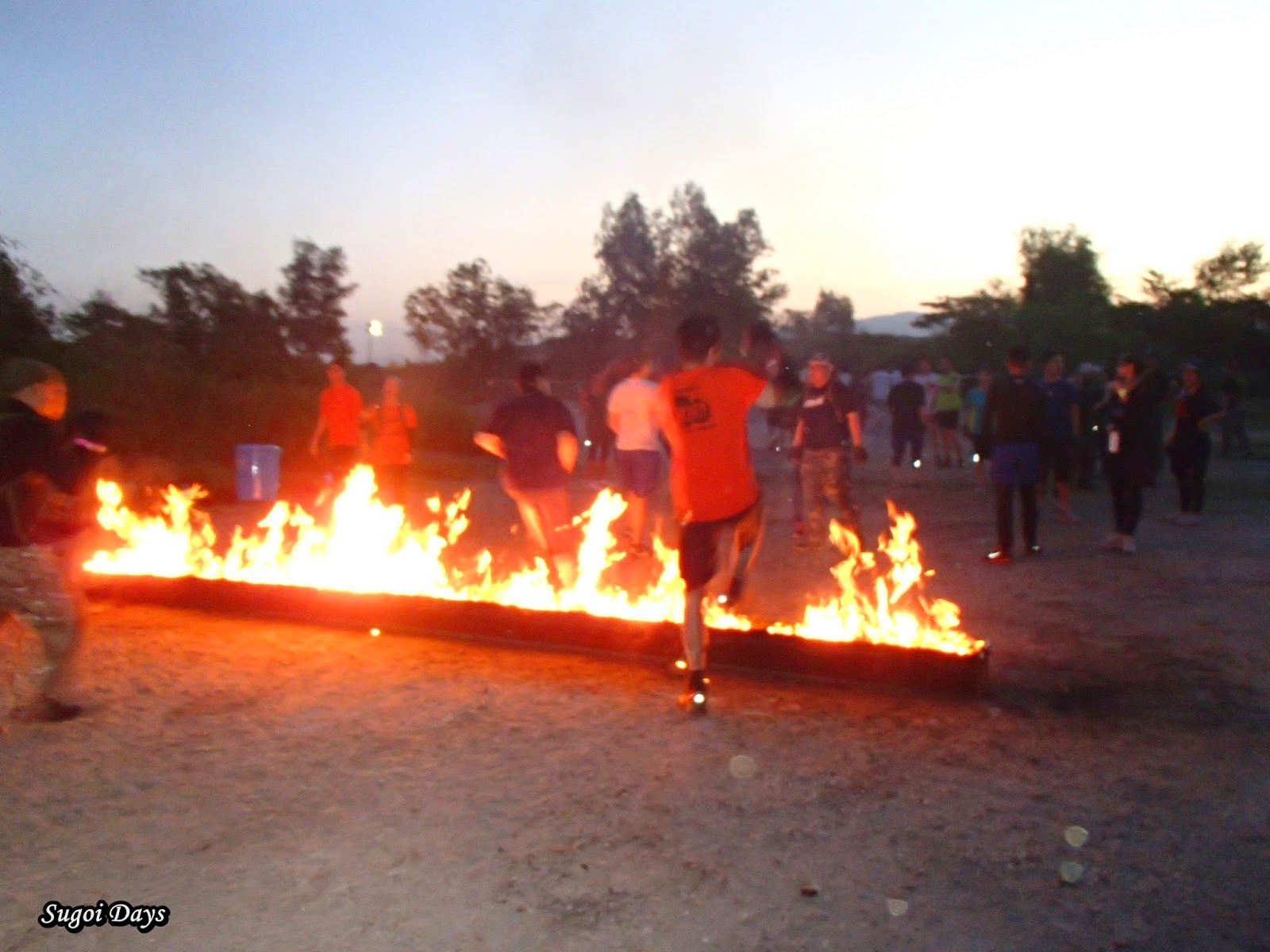 Sadly the local "obstacle racing" scene is still very much a majority runners with a "me, myself and I" mentality. There were a lot of pushing and queue cutting at obstacles and even shortcutters on the simple zigzag route. I dread to think what would happen if Reebok Spartan race was bought here....I am willing to bet there will be many unwilling to do their burpee penalty... 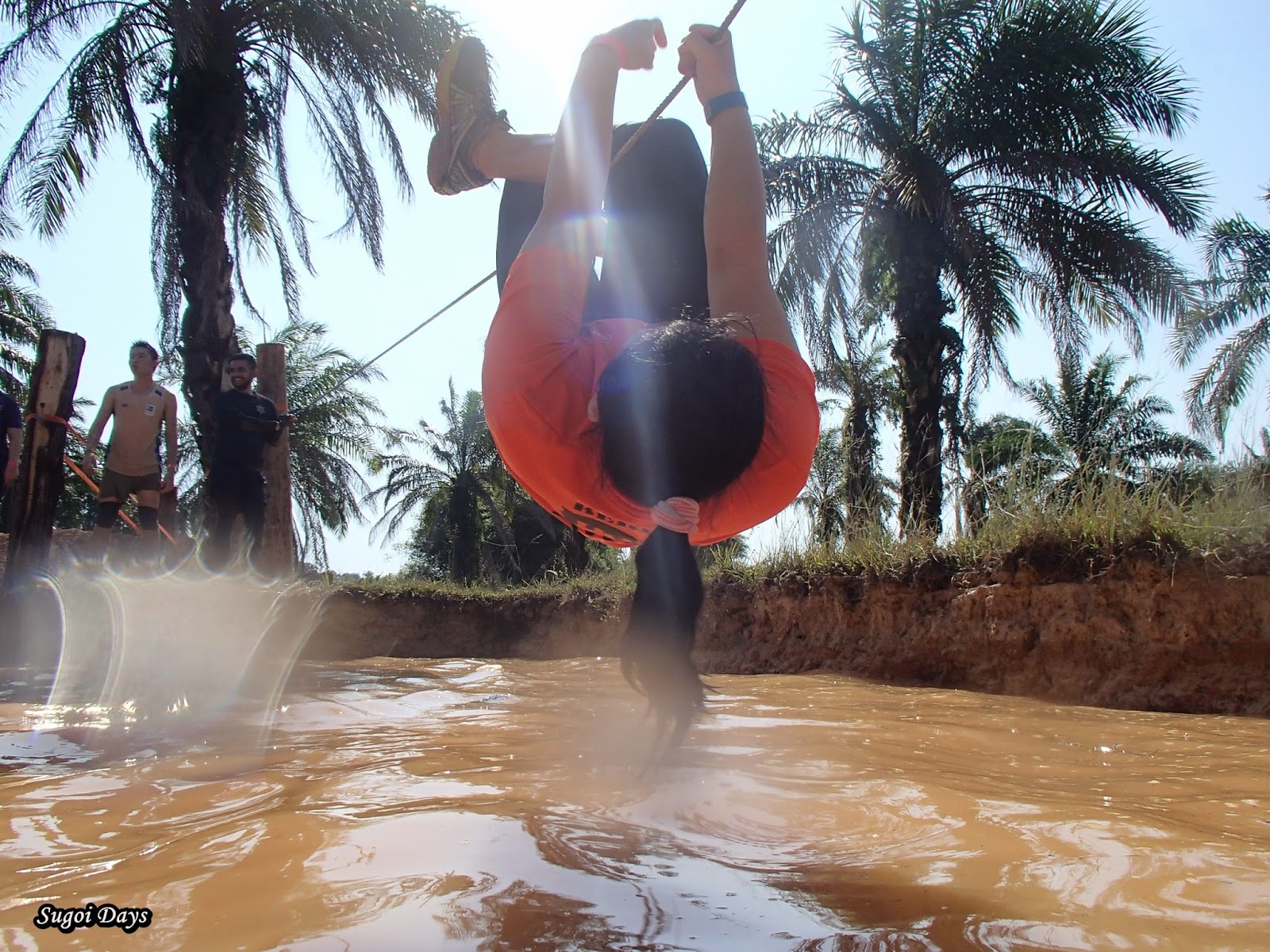 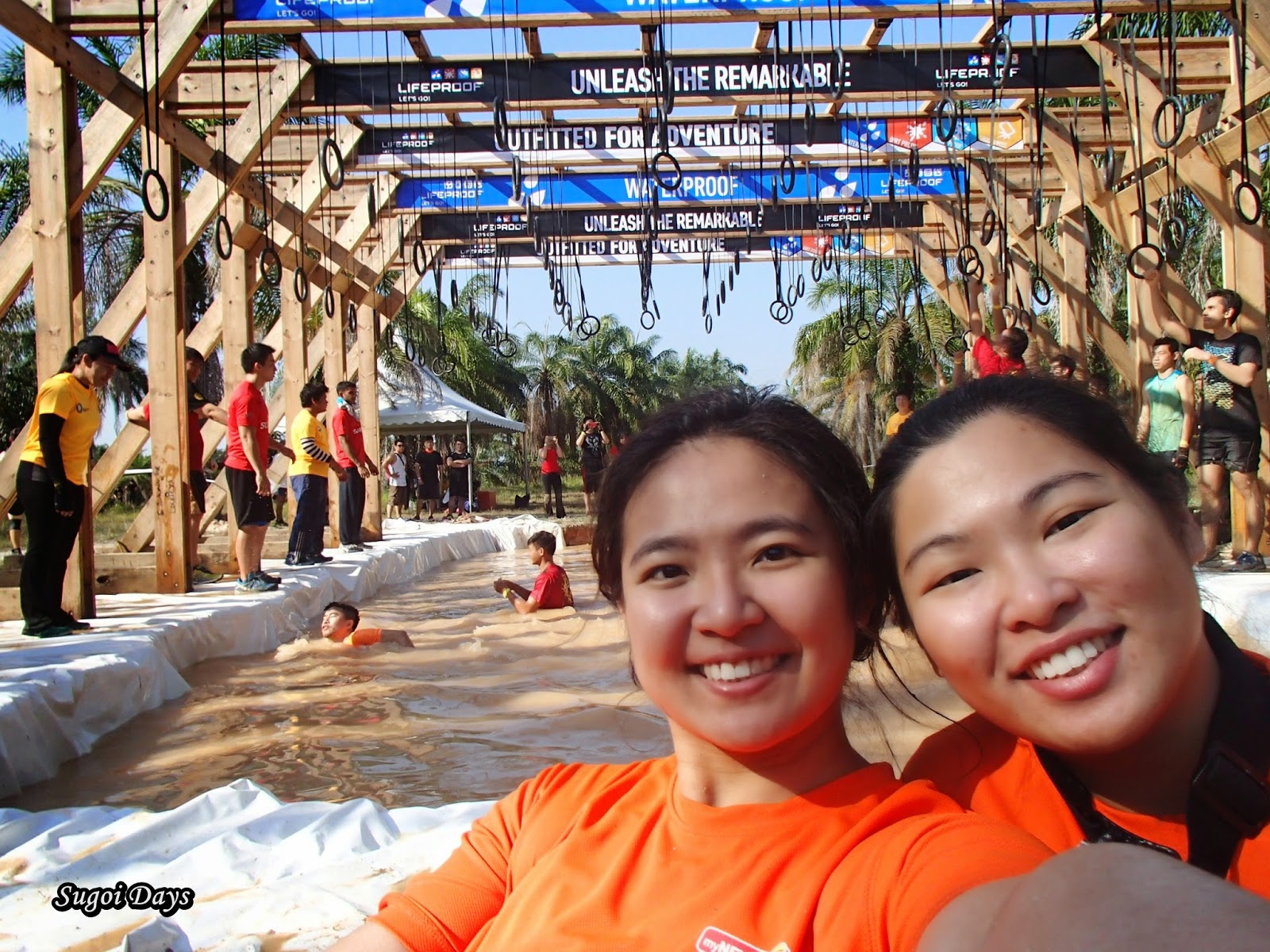 Anyway, back to Viper Challenge. There were a buck load of water obstacles and being a water baby, I loved it. The weather was amazingly cooling throughout the morning and even as it got hotter toward noon, I didn't feel it thanks to the many many water dips along the way. 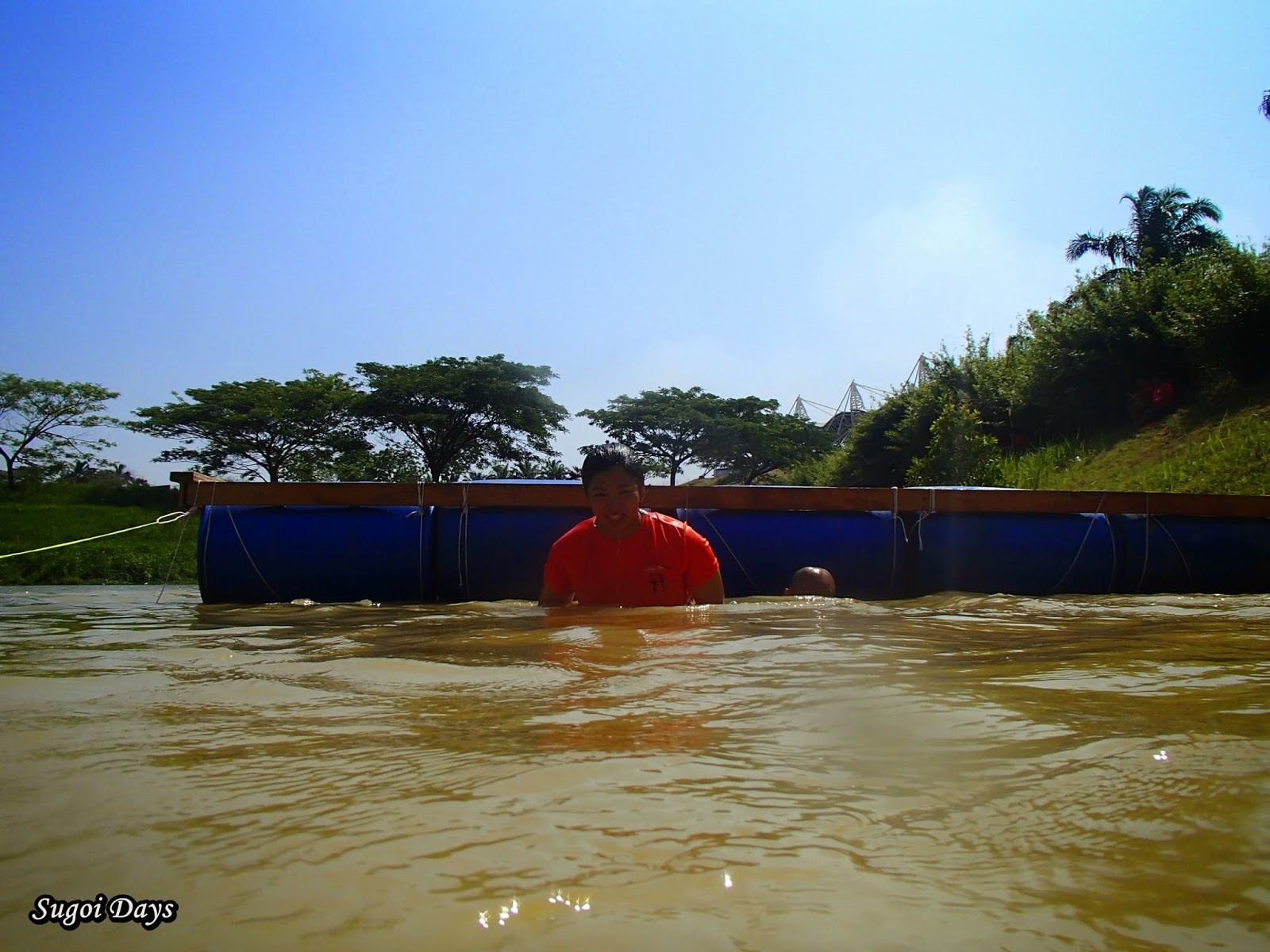 Unlike the first year of Viper where I pretty much blitzed the course with my team or the second year, where my team broke into sub teams and I ended up in the front group (and died), I was mostly on my own this time with my sister and my friend. 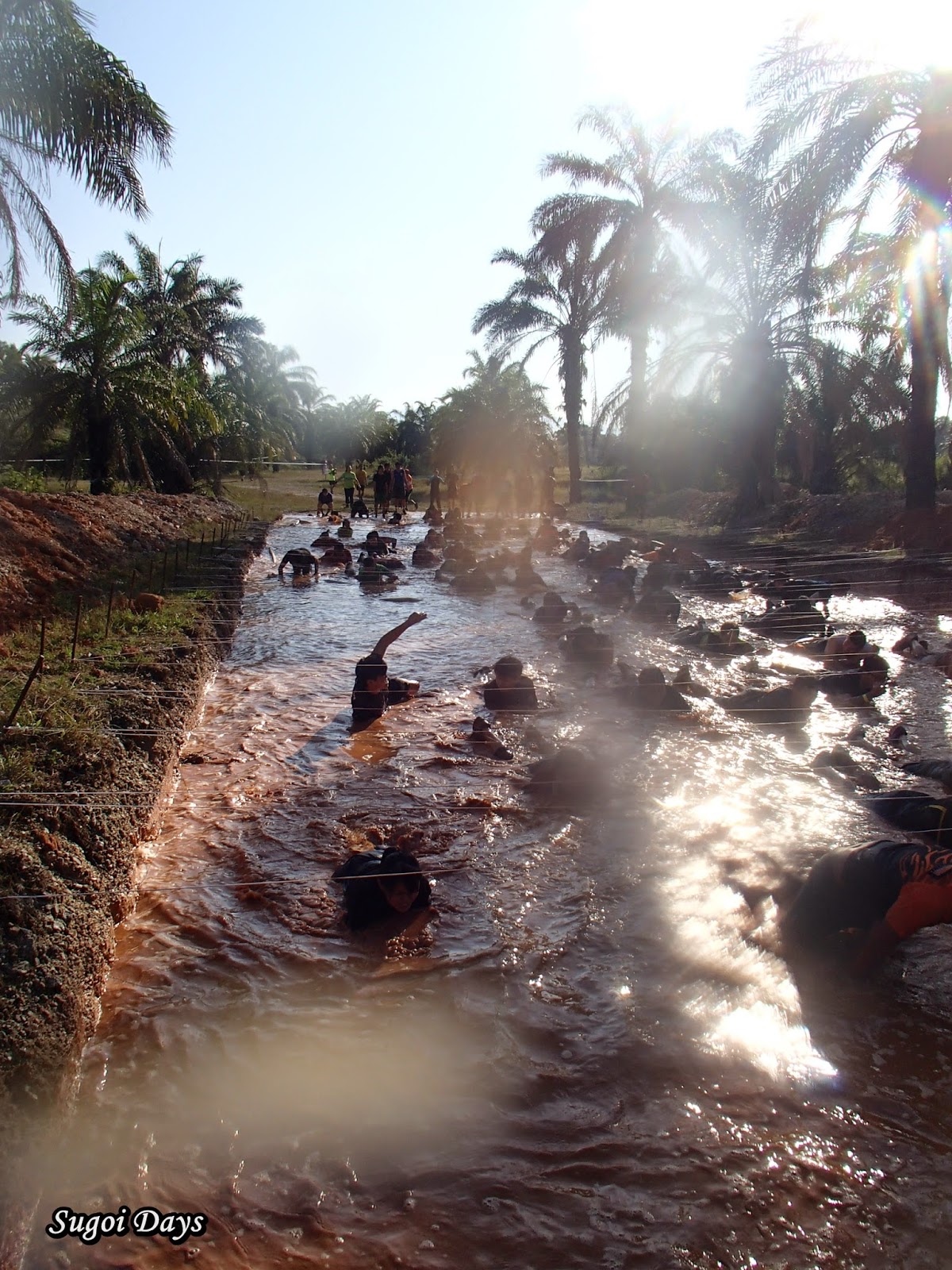 And I must say, I bloody enjoyed the entire course this time. There were less hilly terrains, more water, more fun....so much so it became like a day trip to Wet and Wild except it was in Sepang's outback. 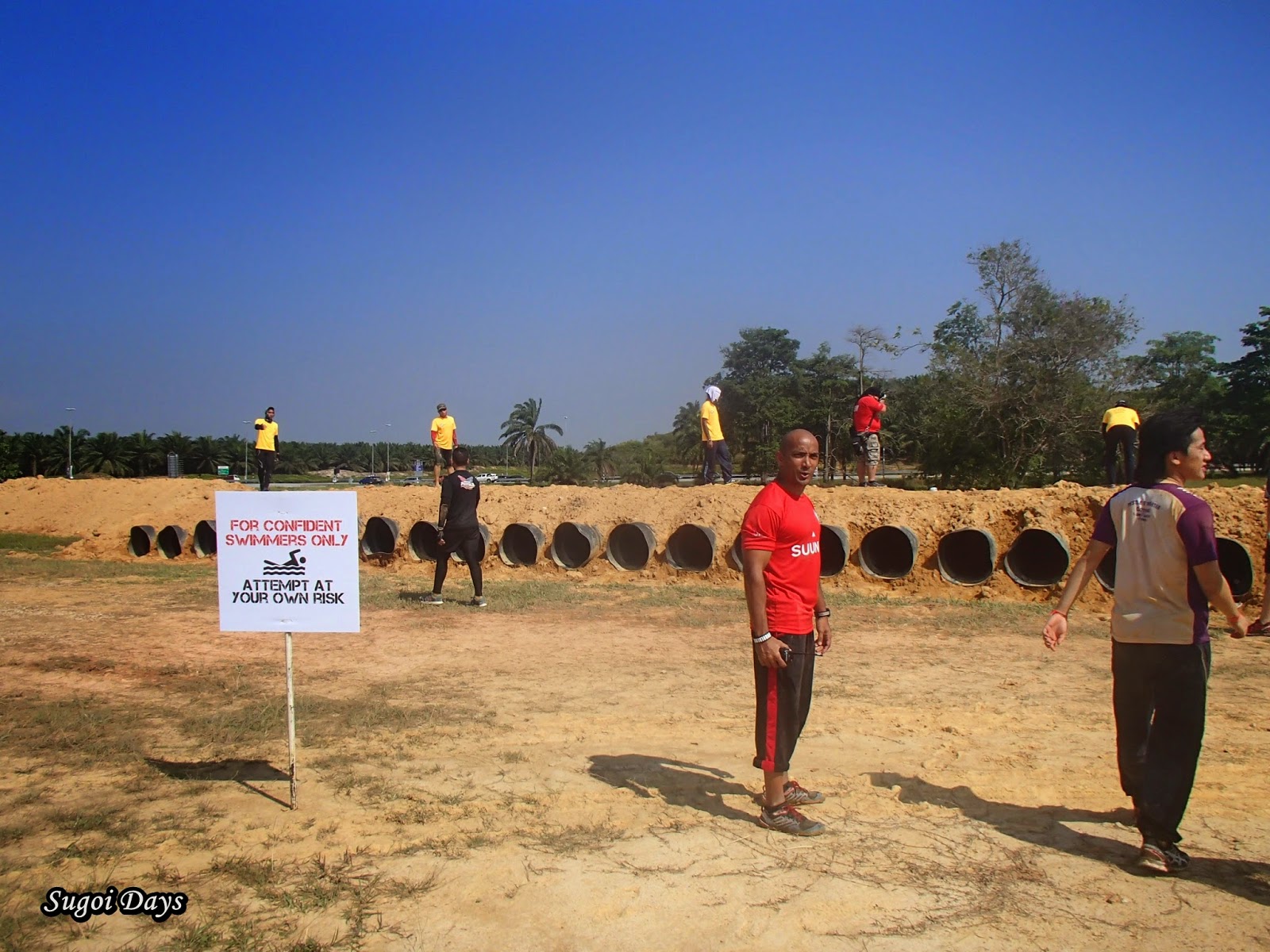 Of course, there was that part where I cramped up while trying to get out of the water pool at the balance beam. But then again, cramps weren't medical emergencies so I shook it off and continued running/ walking. 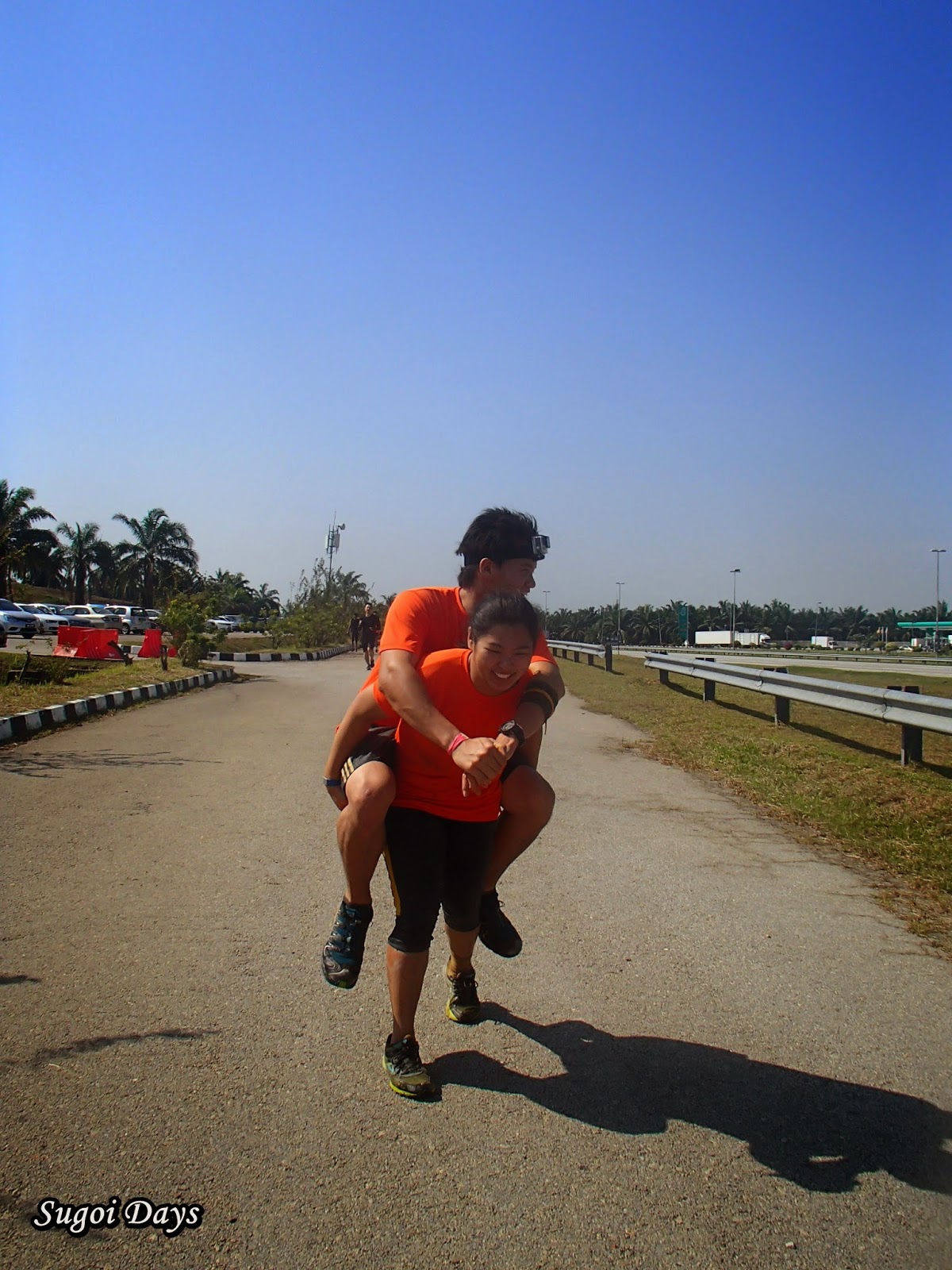 Before I knew it, I was at the Ramp of Triumph aka Everest but sadly, there was no triumph for me this year despite my three tries. Oh well, I moved on because the finish line was just there! And there was ice-cream! 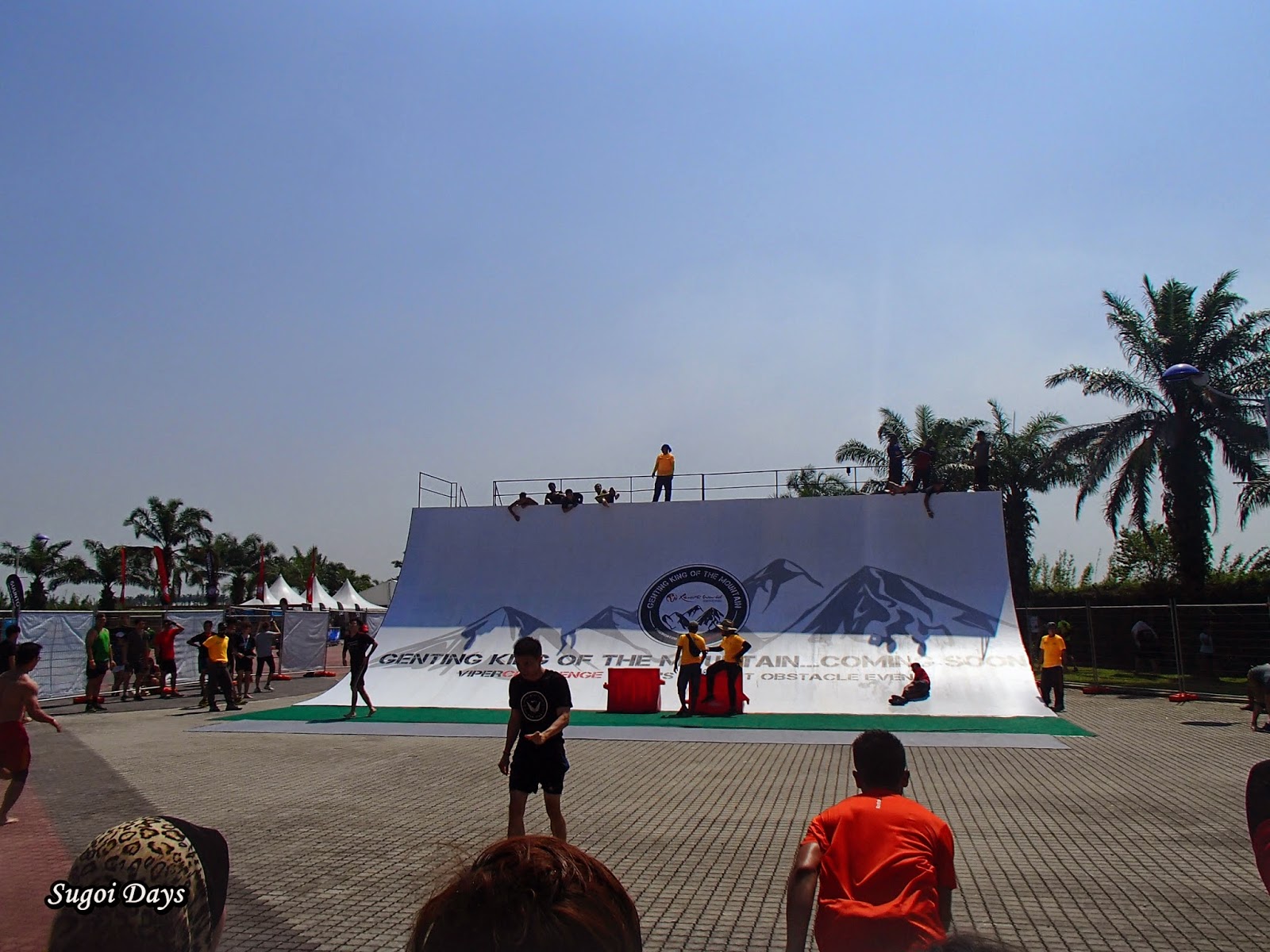 Ah, there was nothing quite like a good end to a fun morning than BBQ chicken wings, cinder and shandy drinks while waiting for the rest of the team to come in. I definitely can't wait for Viper Arena to rolling in May 2015. 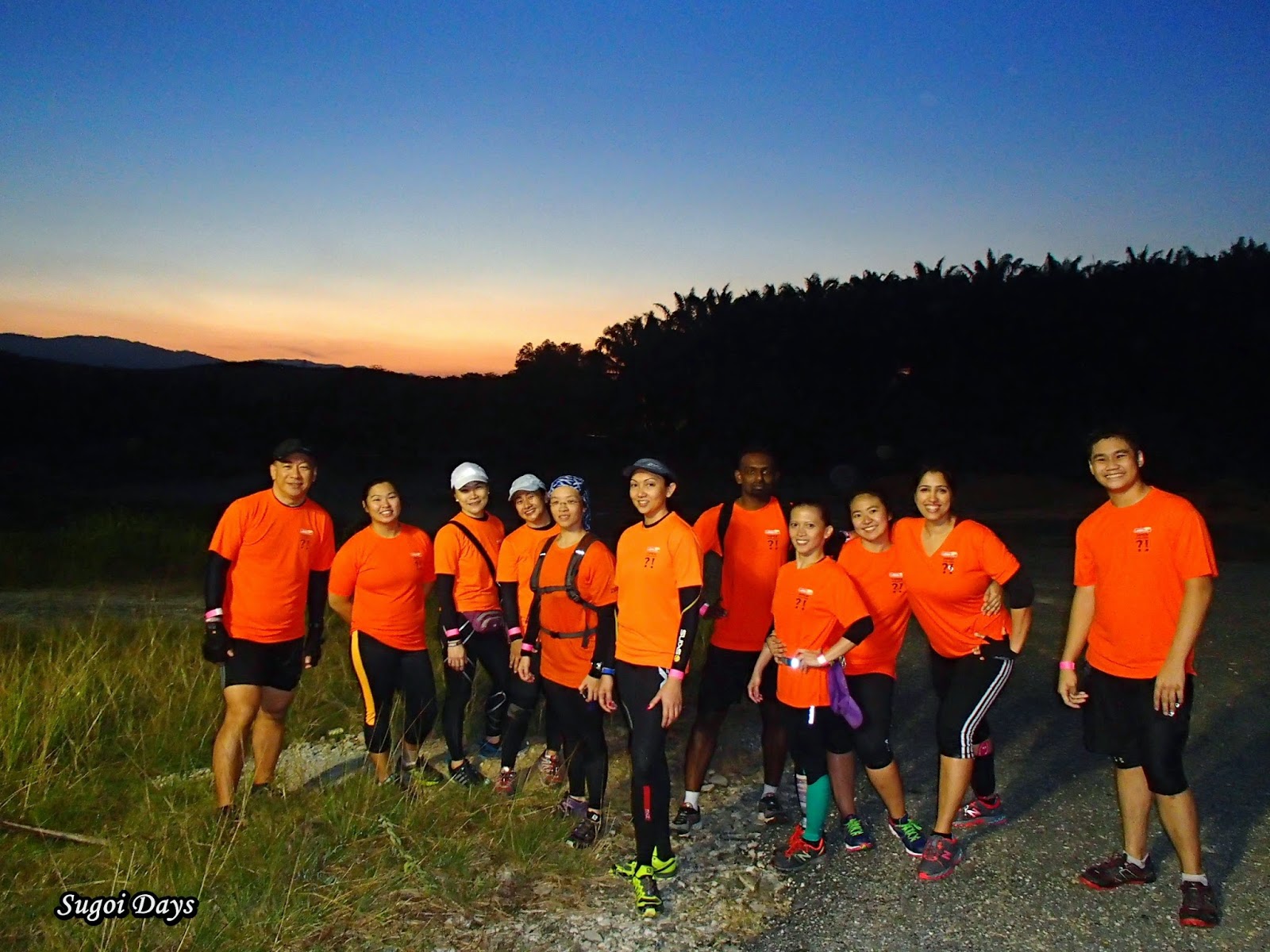 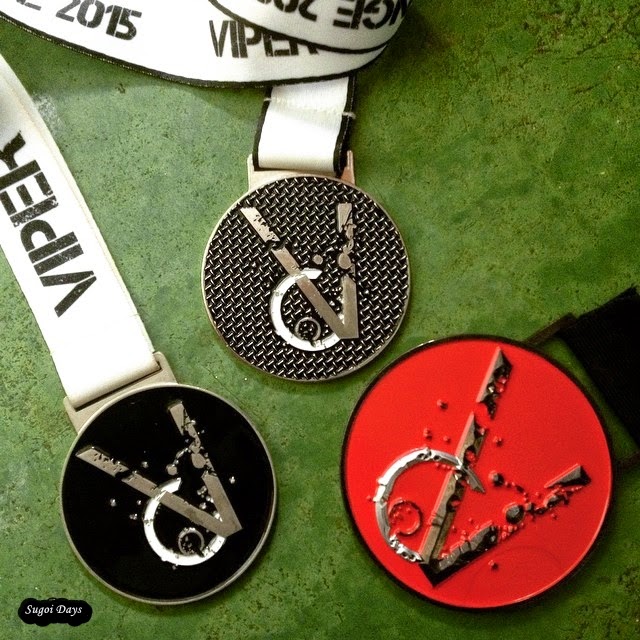 *This post is based solely on the writer's own experience and opinions. Her entry fee for Viper Challenge and Viper Arena 2015 was paid for with her own hard earn money. Camera used to capture the photos was an Olympus Tough because it's just that awesome and reliable (not sponsored)
Posted by Tania at 9:03 AM