After 4 hours 30 minutes of crawling climbing, my sister and I were eager for rest and a hot drink at Laban Rata. As we had booked our climb six months in advance, we were able to secure a room for our group of eight in Laban Rata. At 3,272.7 meters above sea level, even to step a 100 meters outside the rest house took effort so we counted our blessings. 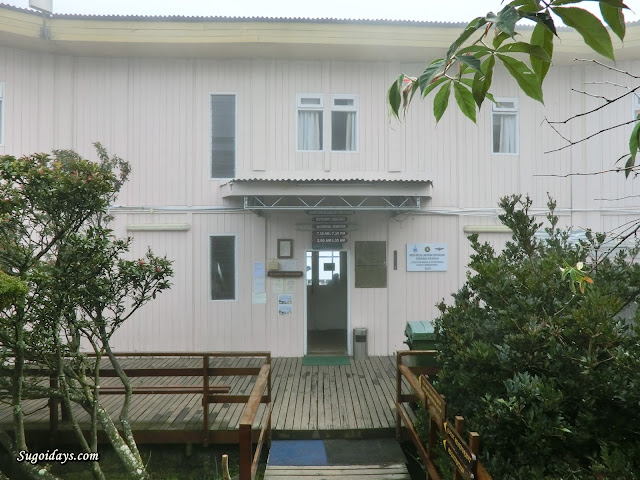 Towels were provided at the reception upon check-in but as our change of clothes were with the porters and guides who stayed with the rest of our friends still making their way up the trail, we opted to freshen up quickly in the surprisingly clean showers first. There wasn't any hot water though as the showers were solar heated and reliant on the sun. As we had anticipated the delay of our clothes, we pulled on our outer jackets from our day bags to fend off the cold while waiting. 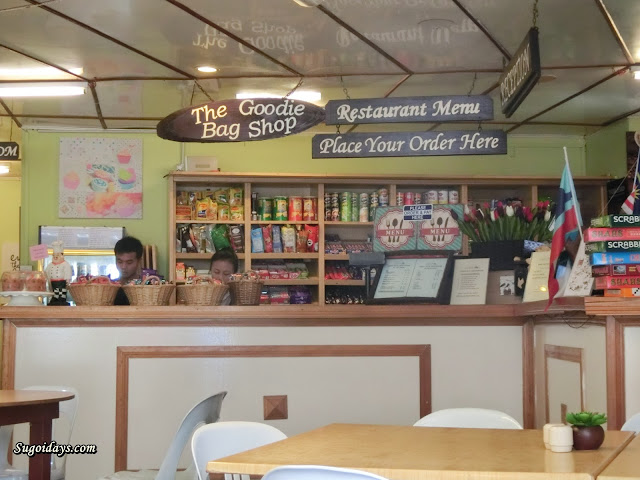 Laban Rata was much much much so much more equipped than the mountain huts on Mount Fuji. The dining area had magazines, games and free hot coffee, tea and water available for hikers. The walls honoured the guides and porters who has gone above and beyond their call of duty even before the earthquake to help hikers. One picture showed a porter carrying a huge water catchment basin up the mountain. 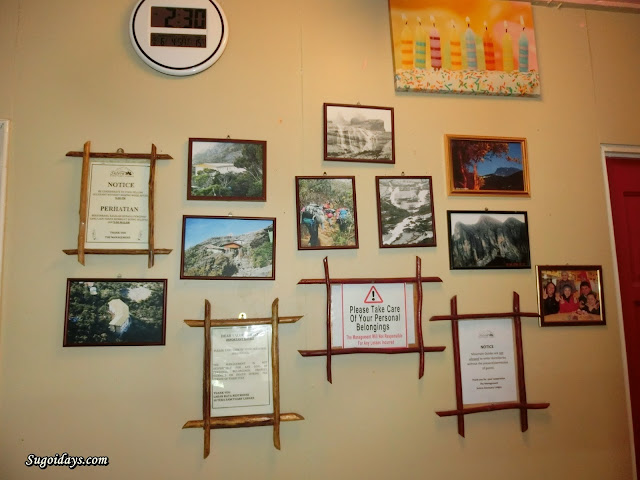 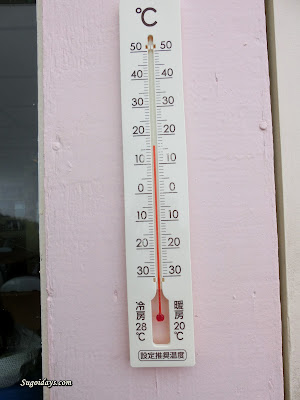 It should come as no surprise that the prices of food and drinks at Laban Rata were almost doubled and tripled to that of the park.  But after a tiring day, their generous cup of rich hot chocolate was well worth the RM13 we paid. These food and drinks were not transported by a chopper but through the efforts of the guides and porters traversing the trail everyday with the supplies so if you ask me, it was a small price to pay for a bit of comfort on a mountain.

Also, what Mount Kinabalu has to offer was ten times cheaper and better than what Mount Fuji had in terms of facilities, food and drinks so I ain't complaining. 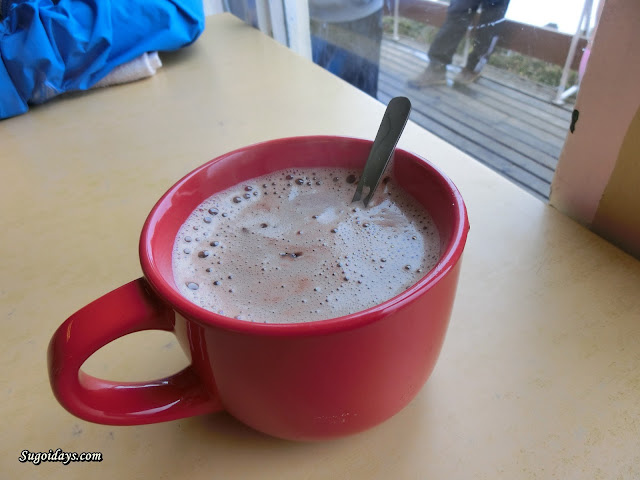 As we sat, sipping on our hot chocolate, the mist cleared briefly and we caught a glimpse of the mountain side from the wide windows in the dining area. Grabbing my camera, I ran to the balcony for a few pictures of the magnificent view. The damage caught by the earthquake was also visible as we could see the freshly exposed white surface of the mountain. Even from Kinabalu Park, we had seen the white markings left in the aftermath of the quake. 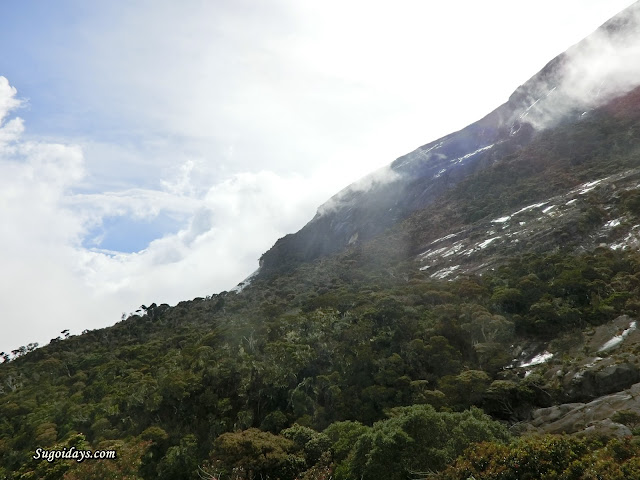 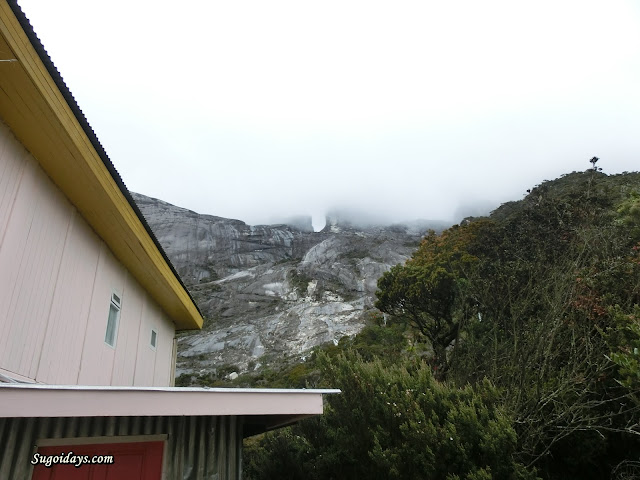 To kill time, we people-watched from our table and observed the groups of people flooding into the rest house. There were Koreans, French, Americans, a few Malaysians and quite a number of Singaporean groups. The Koreans even brought up their own spicy noodle in a cup and kimchi. 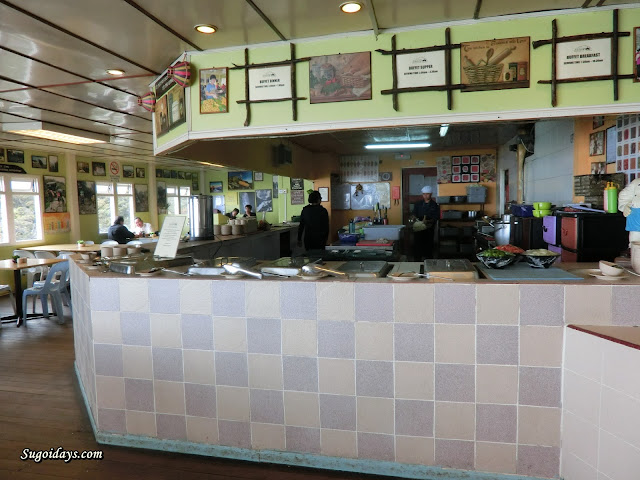 A dinner buffet was prepared as part of the package at Laban Rata and was ready by 4:30pm. Then lo and behold, the rest of my group arrived in time to dig into the scrumptious spread. Jasili and John helped our group drop off our backpacks in our room and after dinner, briefed us on the plan for the summit climb the next morning. 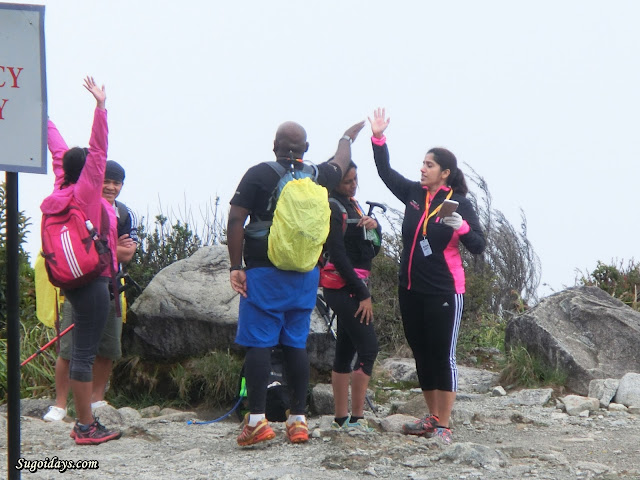 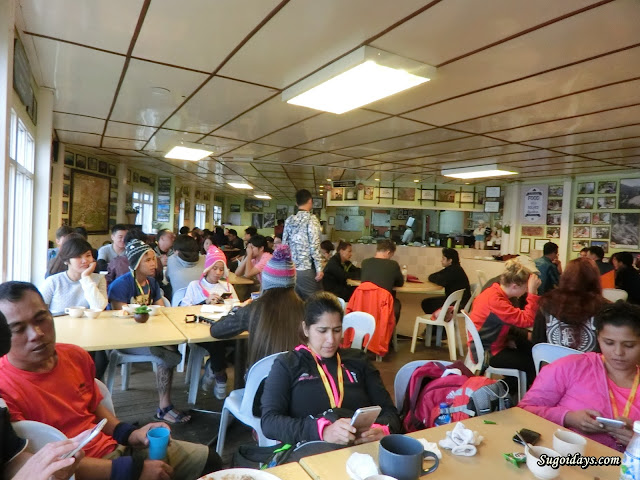 We retired to our room to wash up and pack for the summit climb. Downstairs, the party continued with laughter and conversation but we needed our rest. By 8pm, it was lights out and our alarms were set to go off at 1am the next morning to make the final push for the summit. 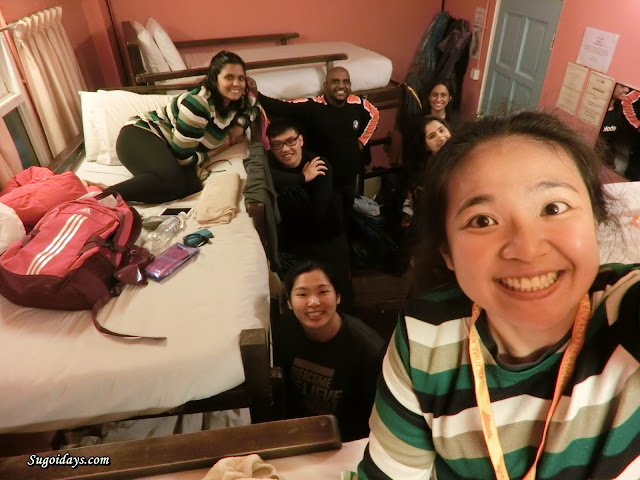 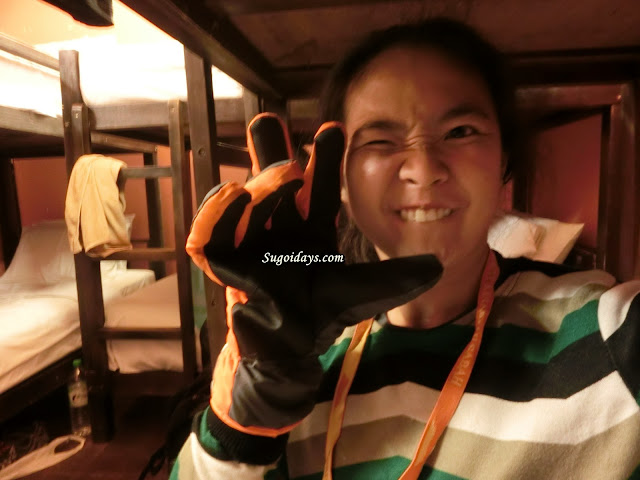