Sea World has always been sort of a controversy for me. Ever since I watched the documentary Black Fish, visiting the famous aquarium theme park has never been on my must-do list. But during my trip to Gold Coast in September 2014, we had ordered a VIP pass that allowed us access into three theme parks in Gold Coast for a whole year. Sea World had been one of them and forgo-ing it seemed like a waste of the money we paid for the passes. 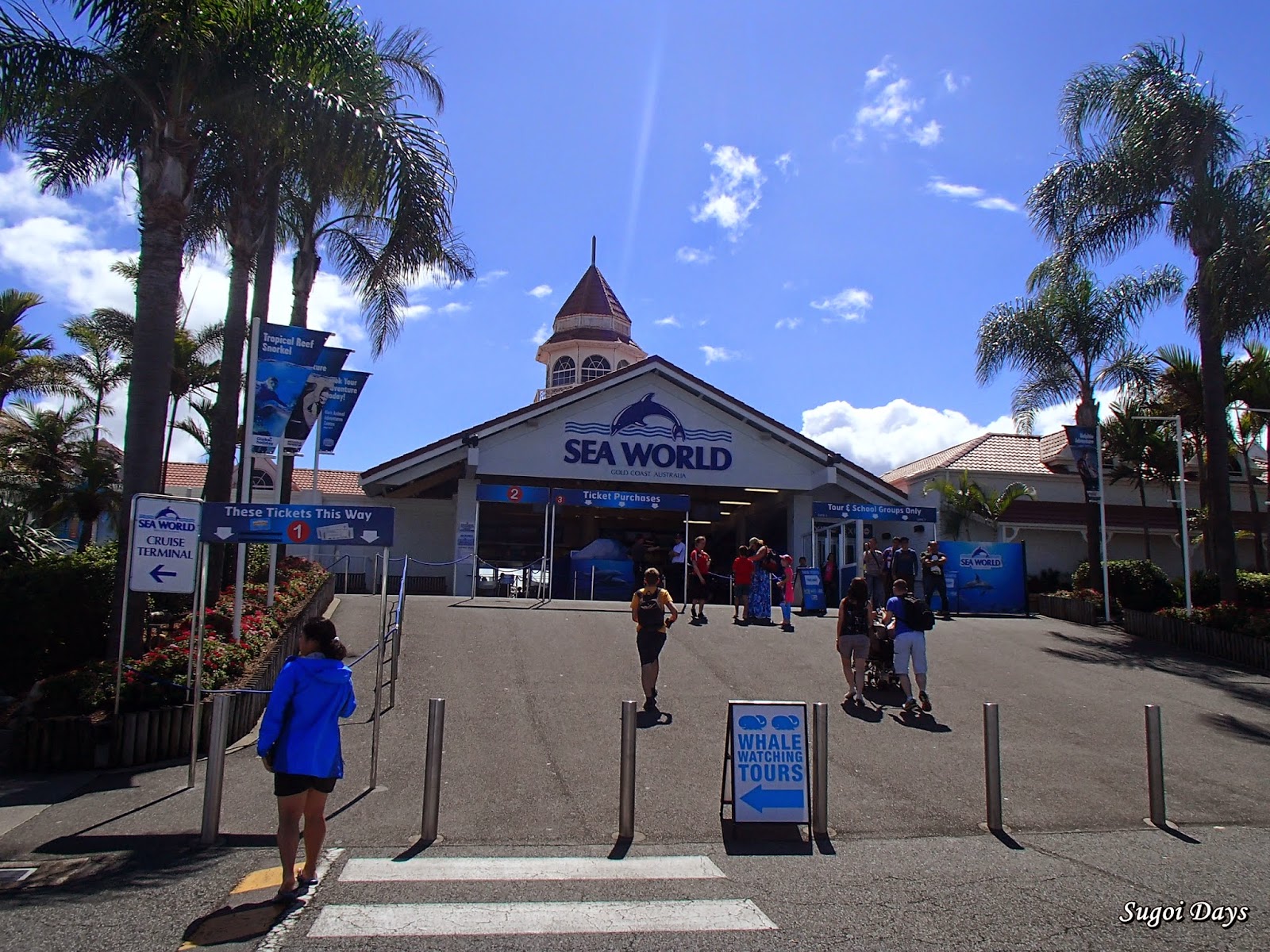 So I told myself, it would be my one and only visit to Sea World and then, never again. We got there by 11am as the drive through Surfers Paradise had taken us half an hour. Once we entered the entrance, I was immediately dragged off by a friend who had been keen to see the dolphin show. When we got to the Dolphin Cove way at the other end of the park a good 15 minutes brisk walk from the entrance, we were surprised to find a huge crowd of families and teens already waiting for the show to begin. 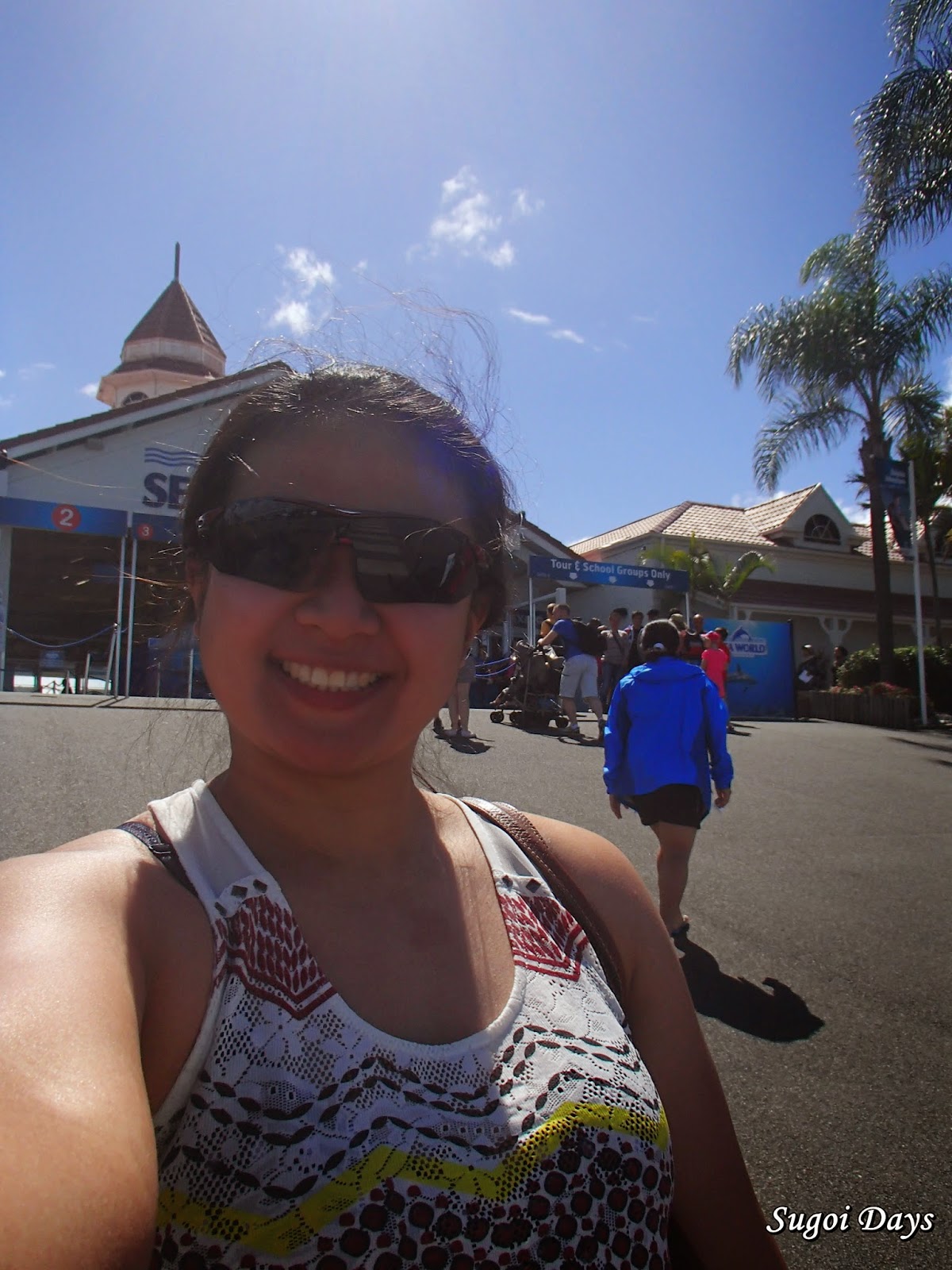 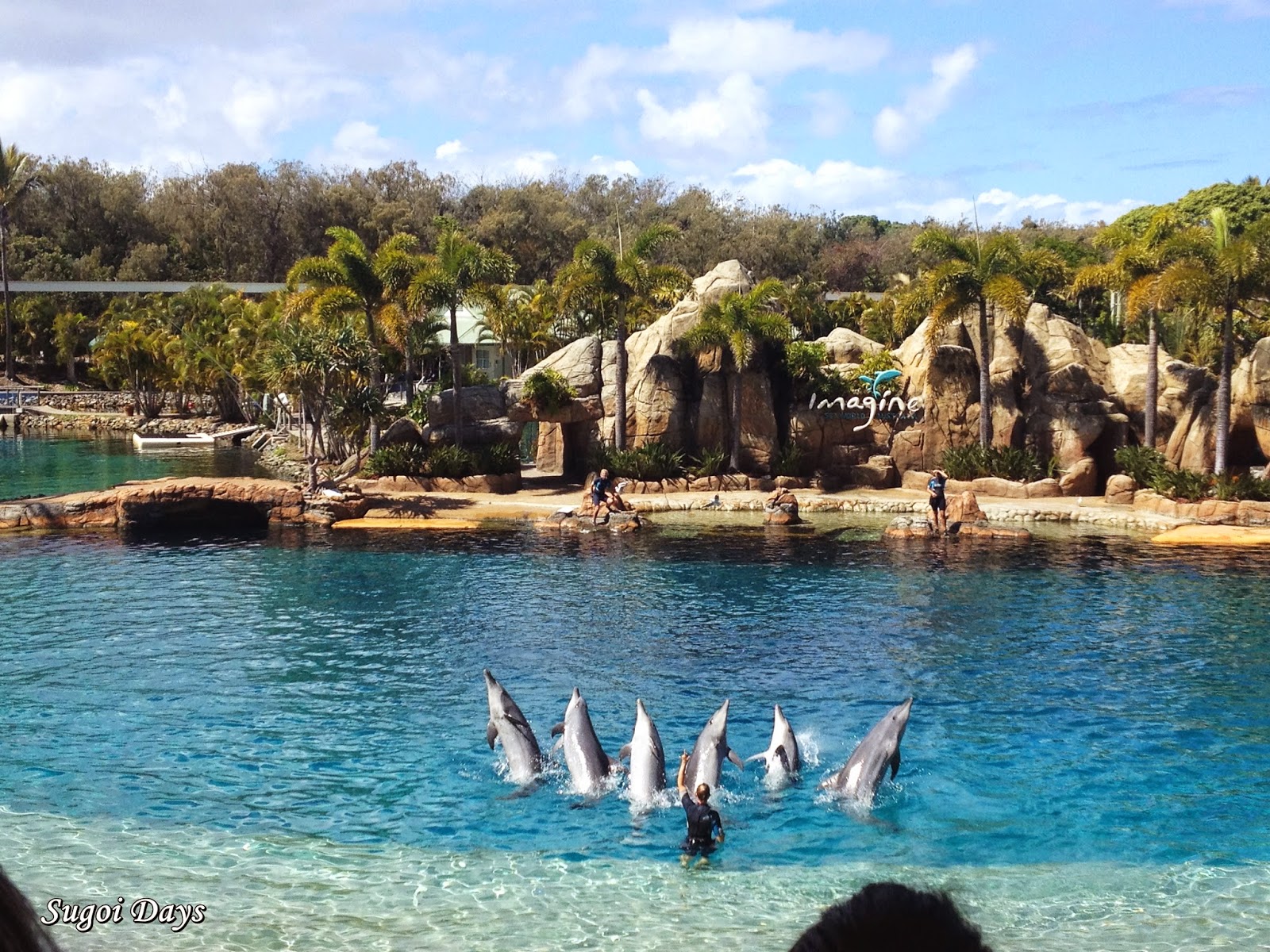 I learnt later that all the dolphins in Sea World were supposedly third generation born and bred in Sea World. Eh, I suppose that makes it better? Thankfully, there were no orcas in this Sea World. There were polar bears, sharks, penguins, seals and stings rays though. Strings rays were in a 'petting' pool and although the memory of Steve Irwin's death would make one hesitate, touching them as they glide by was truly an unique experience. 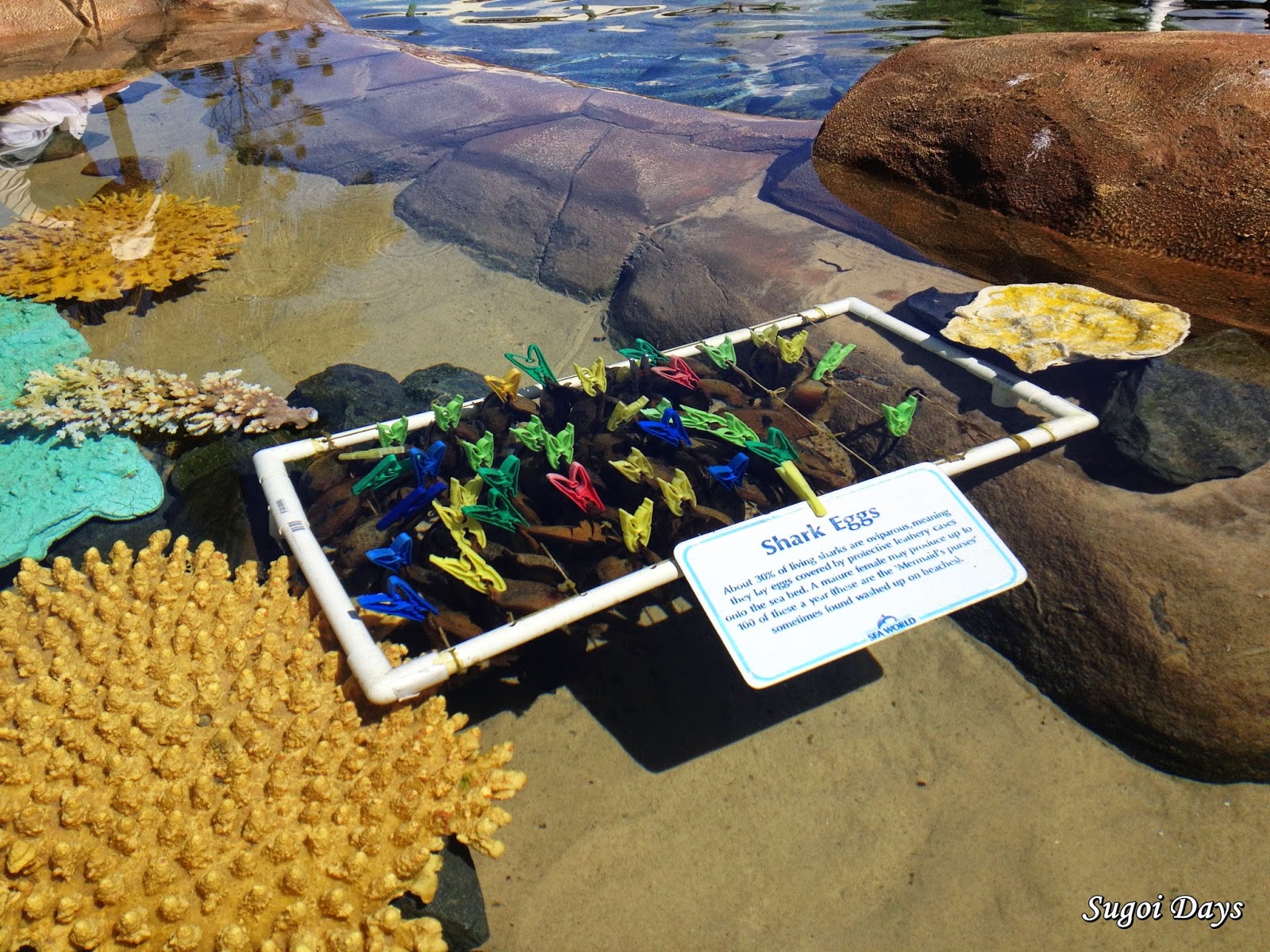 The shark pool was particularly an tranquil place with a surface viewing area and an underwater viewing deck where we could watch the sea turtle, puffer fish and all sort of fishes swimming with the sharks. The pool glass was being washed when we were there and it was interesting to see how the divers had to maneuver themselves around the animals drifting around them. They even wore chain mail as protection from the sharks. 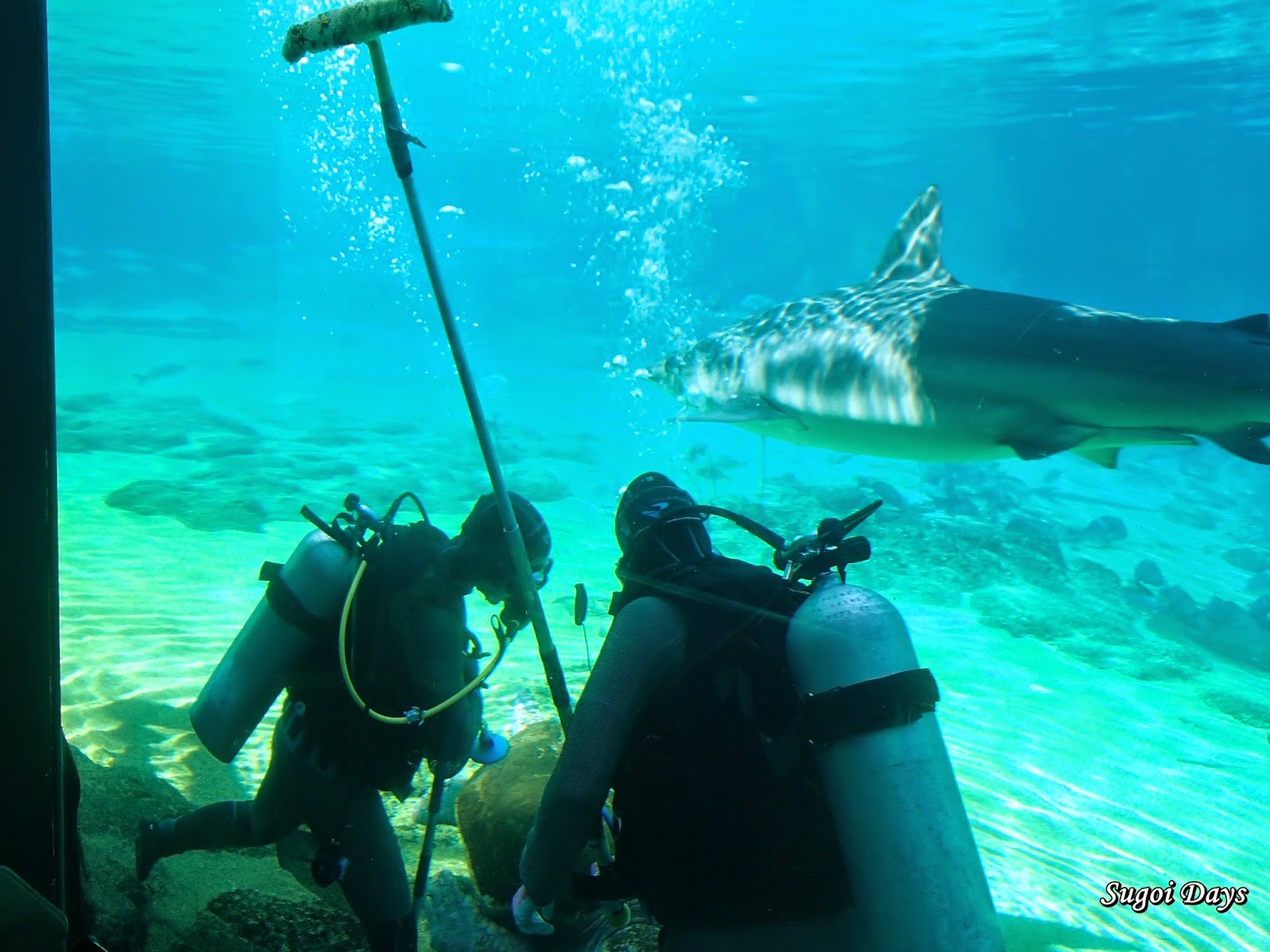 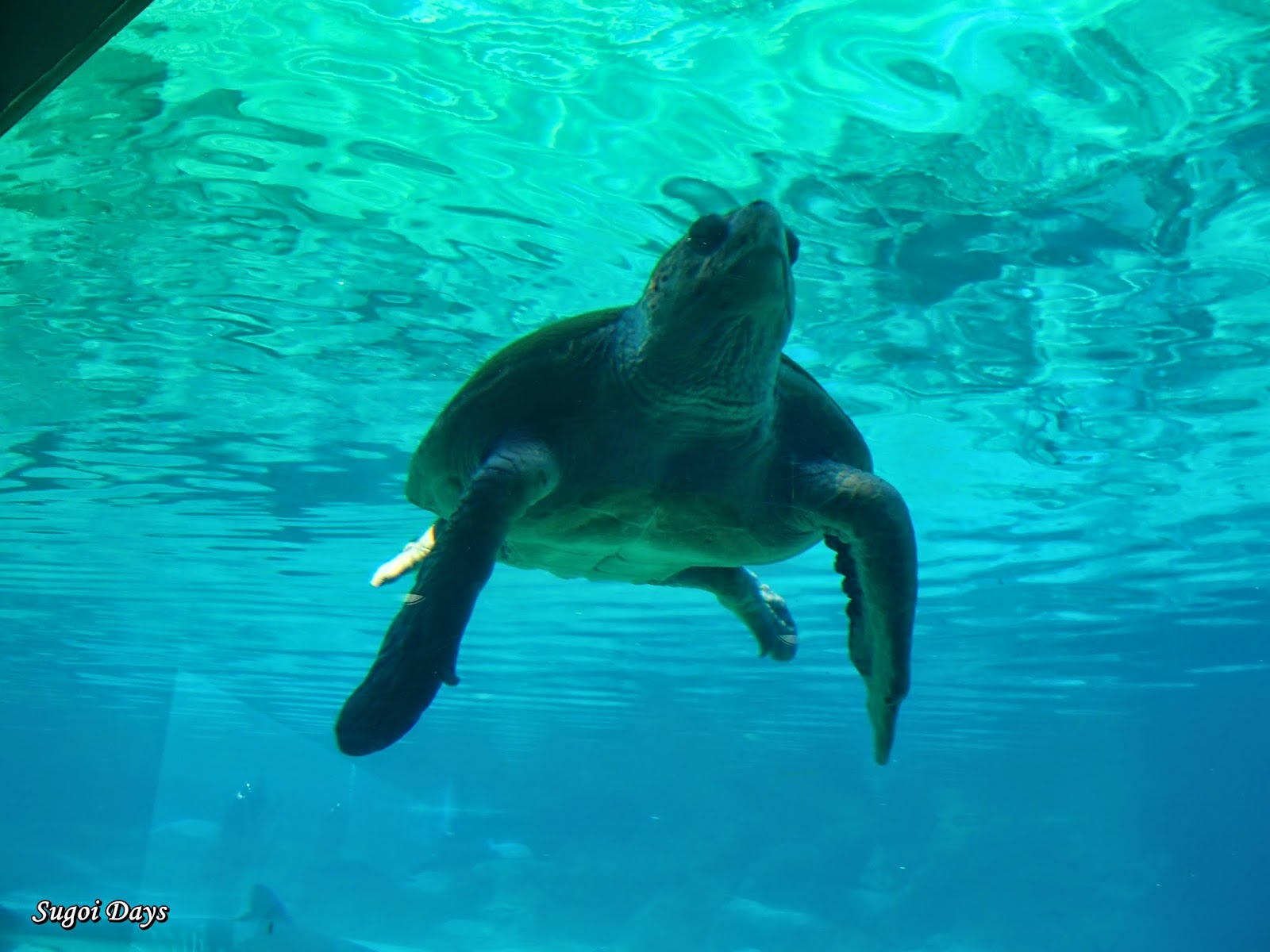 The polar bear area was big, again with an upper and lower viewing deck but there were only two sluggish bears when we got there. Luckily one of them got bored and started playing with a pail in the pool, putting on a show for the audience. This went on for a good 20 minutes before an unheard bell called them away for lunch. 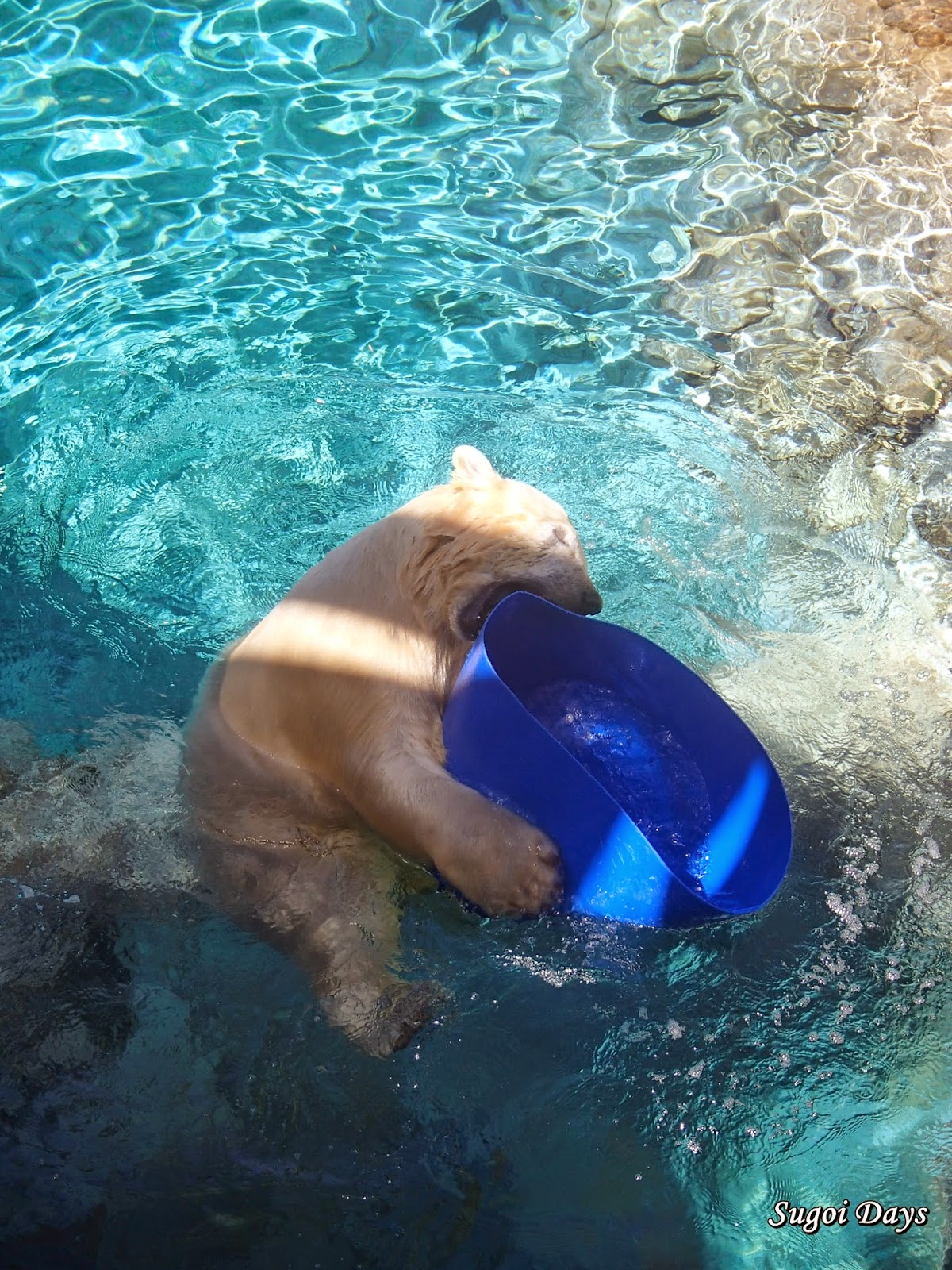 Food were plentiful in Sea World albeit pricey. There are a few eateries, a popular one being the Dockside Tavern that overlooked the dolphin bay. If you are going to be there for the whole day, I would recommend buying their limited edition coke/sea world bottles at $19.99 at the start of the day as you can get free refills with that bottle (as of 2014). Oh and they have ice cones (ala ice kacang minus the kacang) 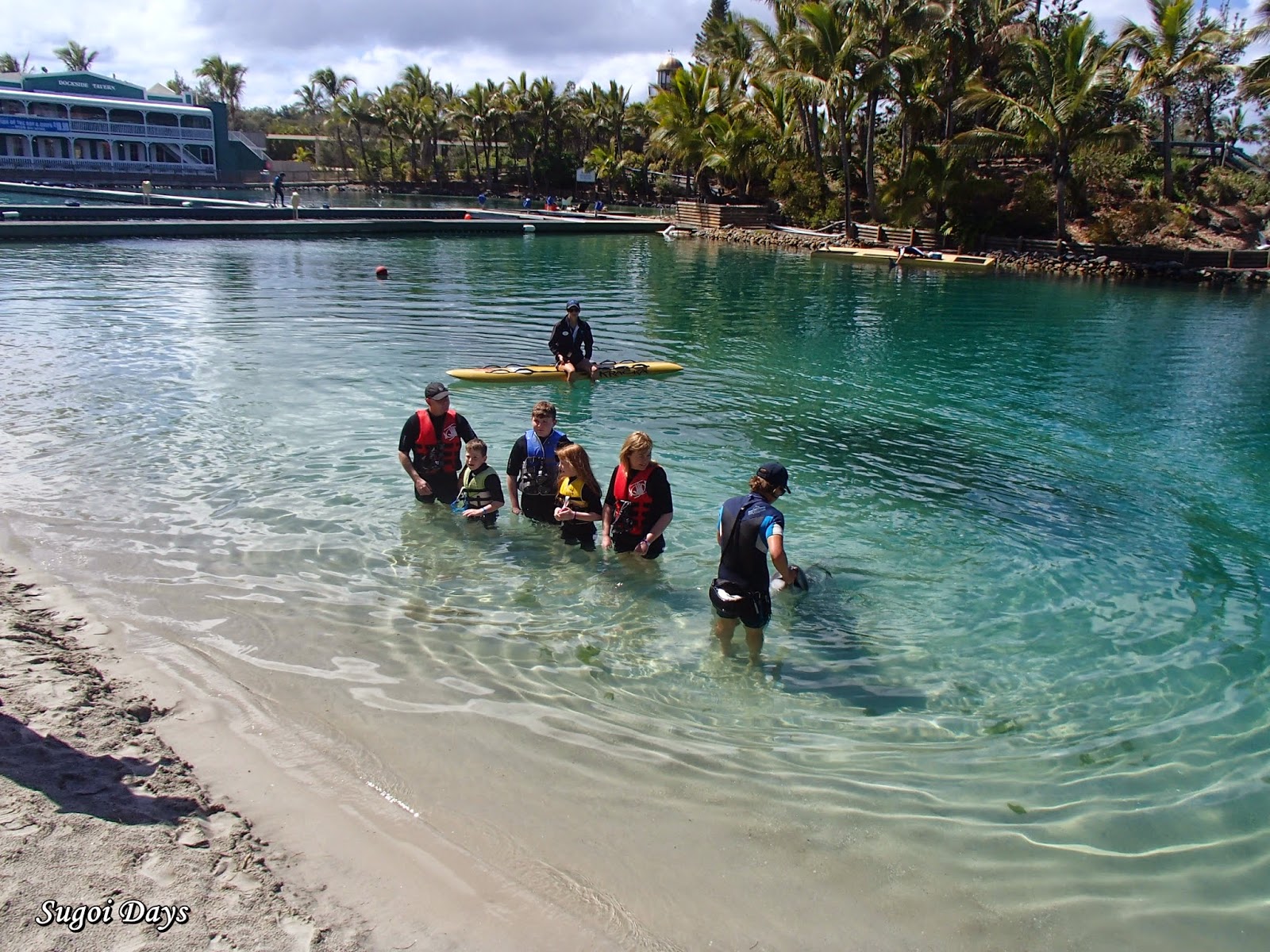 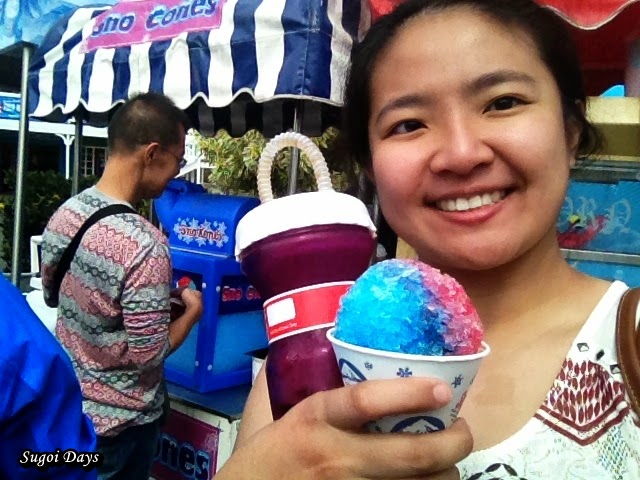 We weren't in Sea World long before our need for good food drove us to Surfer's Paradise. Parking here was a challenge because 1) I was not used to the Aussie way of driving politely and 2) there is very limited parking that doesn't cause a bomb. But with a lot of patience and a bit of luck, we found a spot by the beach. We ended up picking a little Kebab spot, Greek Street Grill right below Hurricanes to sate a friend's craving for Kebab. The food was pretty good with succulent flavorful meat albeit salty. 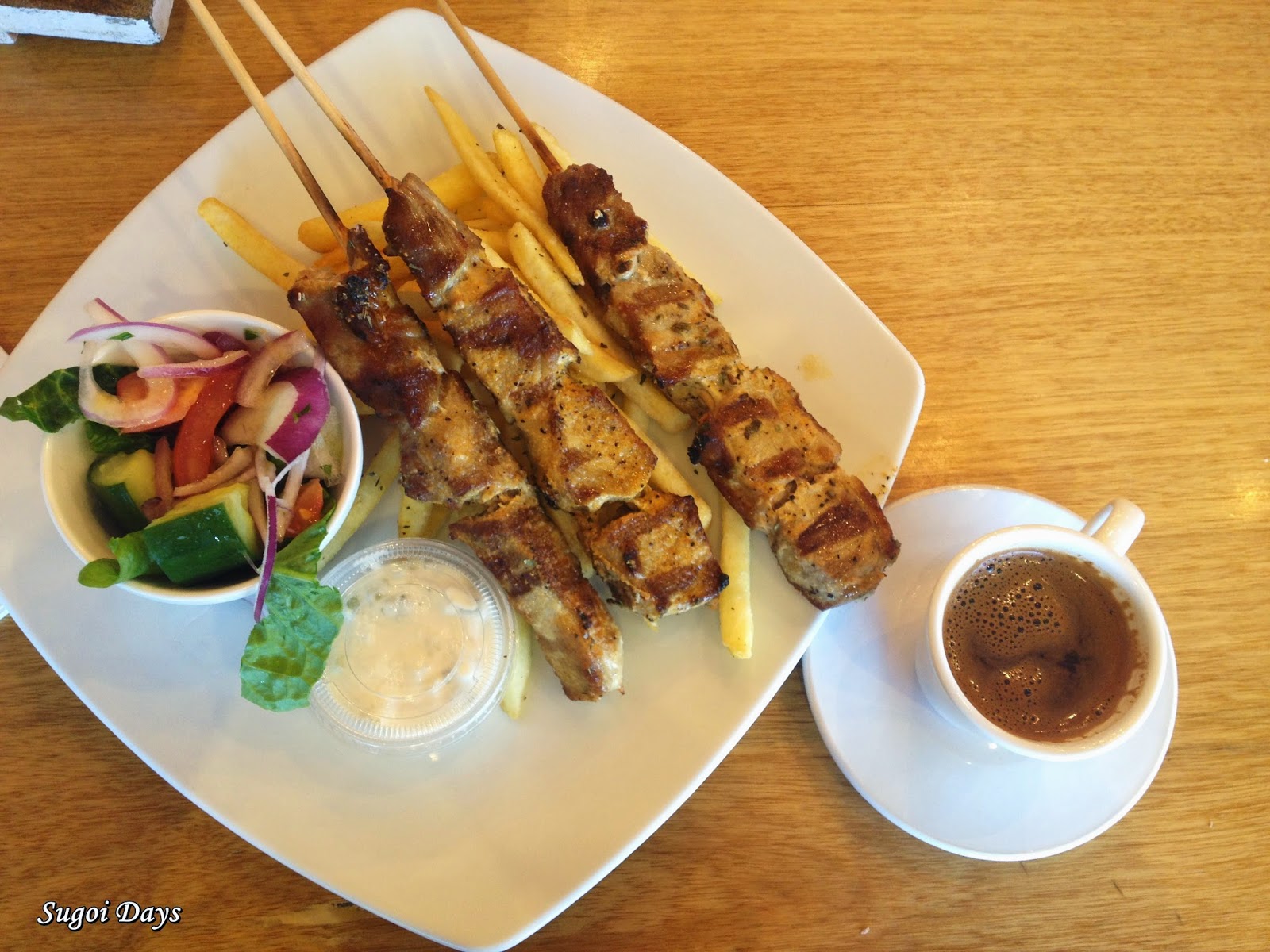 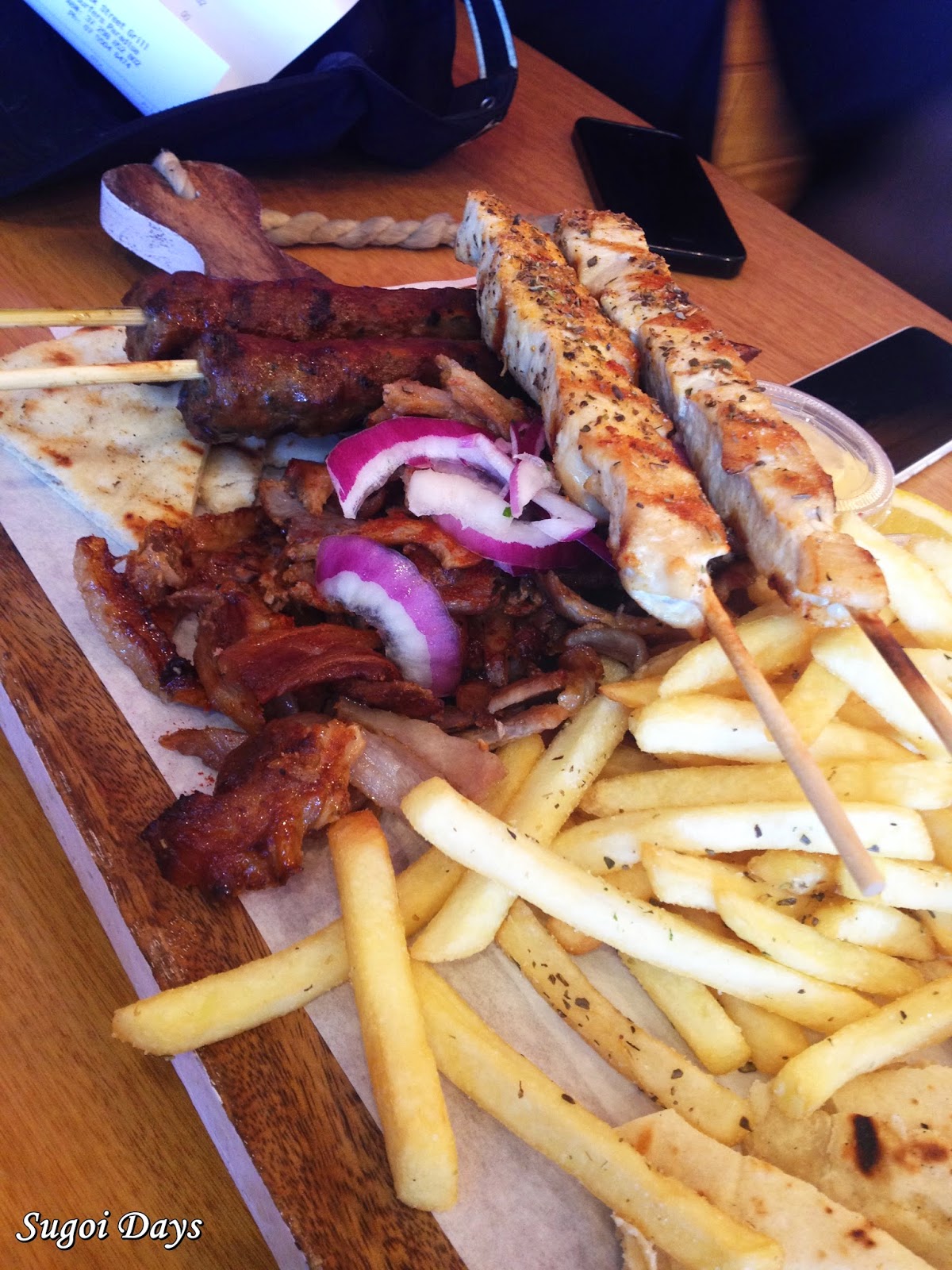 We wandered about a bit in Surfer's Paradise, hunting down Cold Stone Ice Cream Parlor and found only Cold Rock, an ice-cream place much like Cold Stone. Unfortunately it was no where as good as Cold Stone and we wandered on, disappointed.

We walked along the beach while heading back to our car, doing the Asian thing and taking selfies along the way. 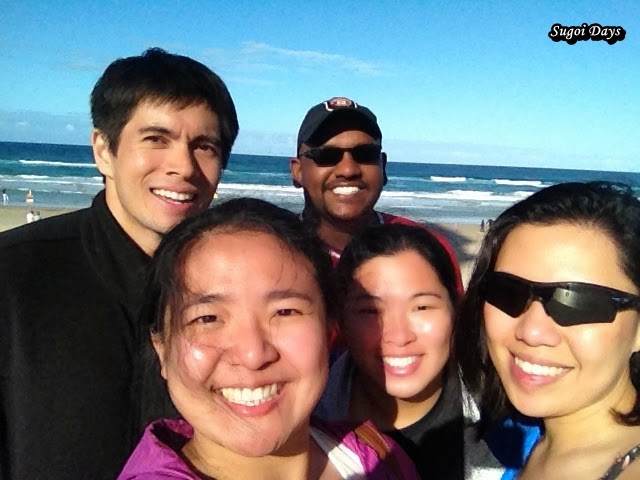 After our afternoon stroll, it was time to head to Sporty Sports Warehouse to check out their sports equipments. It was supposedly Australia's largest sports warehouse and when we were amazed when we got there for it was a fitness junkie's dream. They had everything from sandbags to shoes to supplements to compression wear. It was heaven and if it wasn't for our luggage limitation, I would have brought home a medicine ball at a decent rate but instead settled for the latest 2XU compression wear in the market at only RM300 plus. 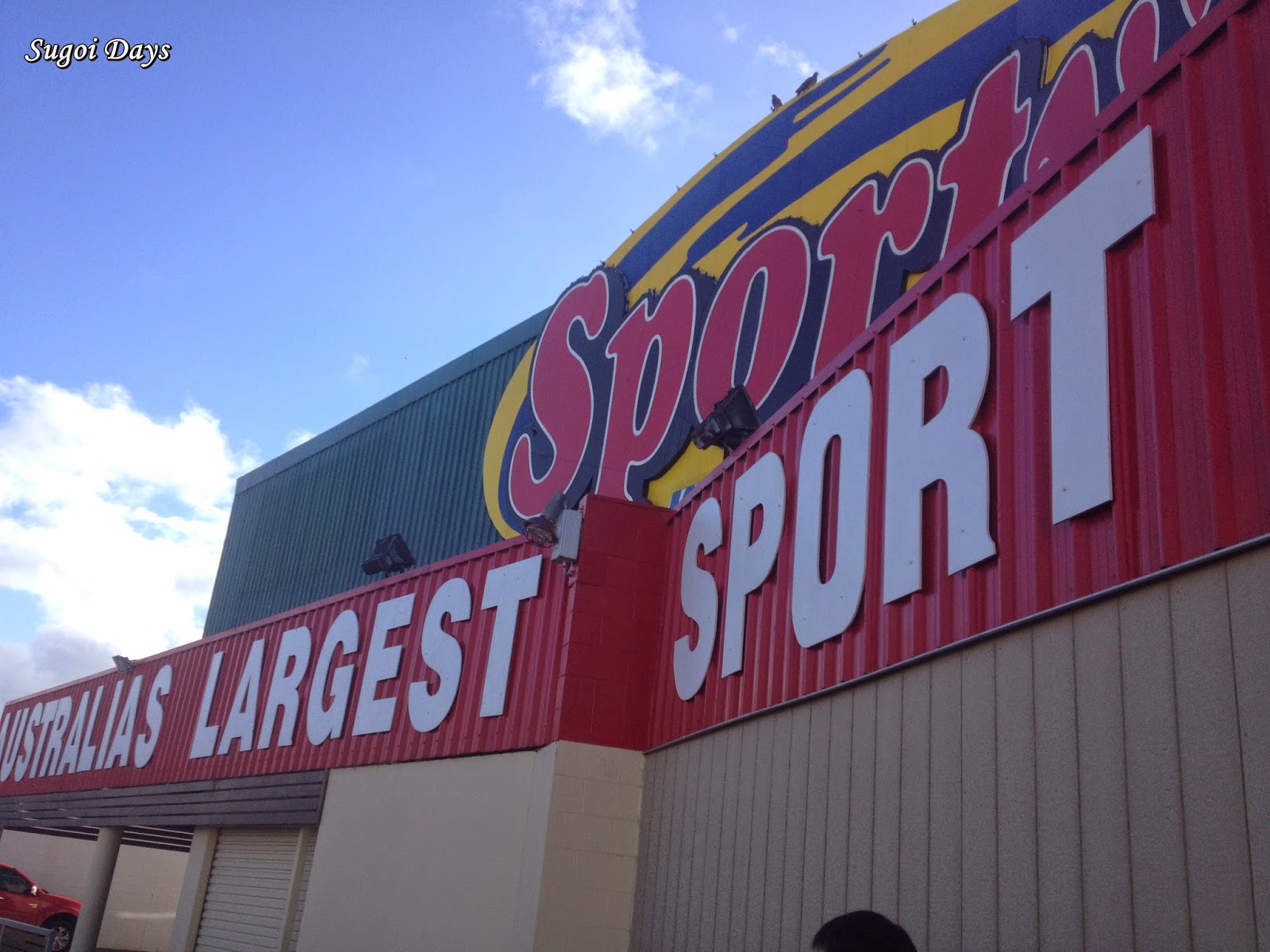 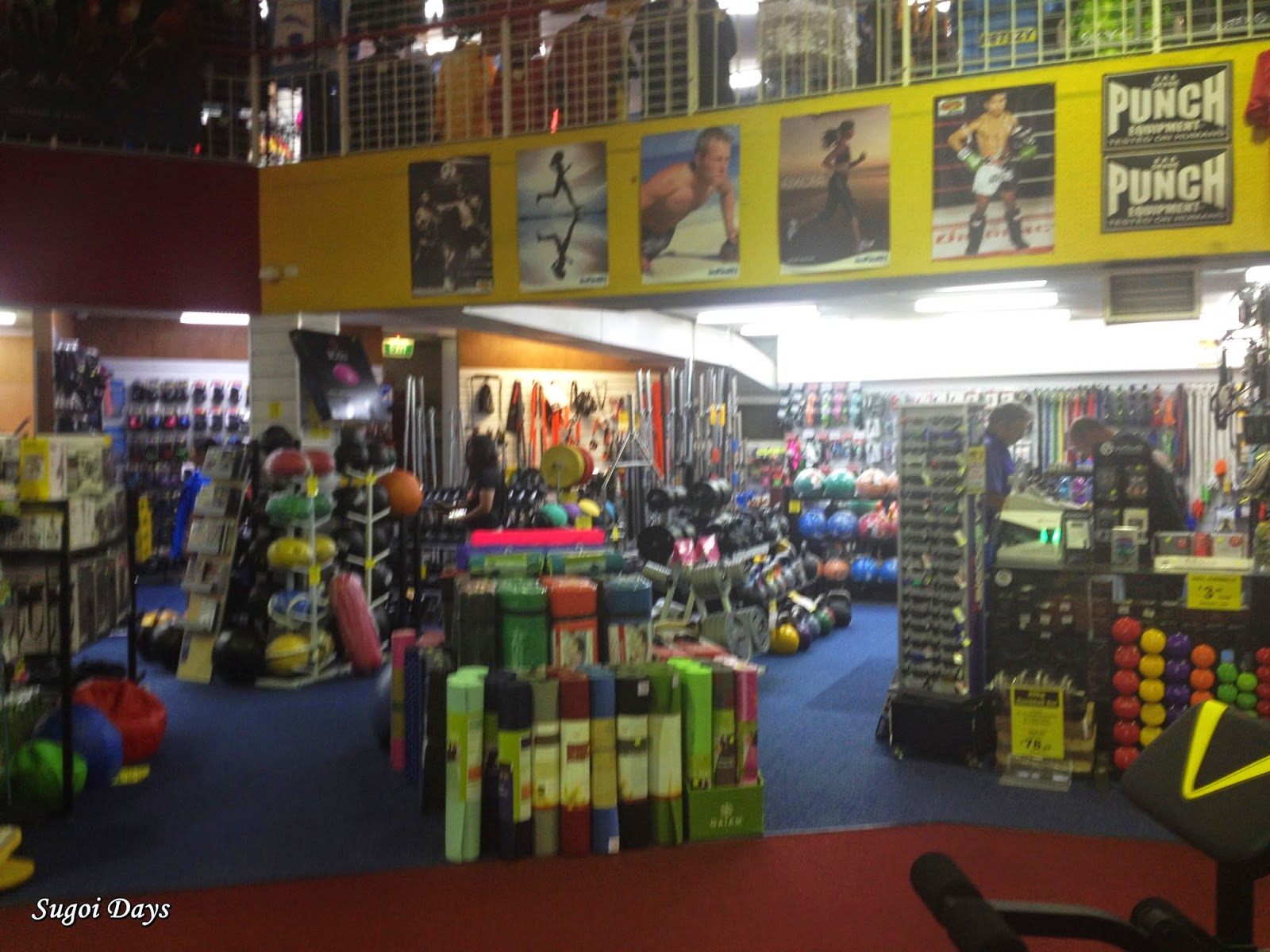 If you are an active person looking for hard-to-get equipments or supplements, then Sporty Warehouse is a must to visit.