The Kuala Lumpur leg of Spartan Race Malaysia concluded itself in a spectacular fashion with two back-to-back events, a Sprint and a Beast over one weekend. It was the final stretch for many pursuing their Trifecta, having completed their first ever Sprint event in October 2015 and the Super in March 2016. Normally Trifectas are completed within a calendar year (Jan-Dec) but due to the requests of Asians who got their first taste of Spartan Race end of last year, Big Boss Joe DeSena made an exemption for the KL and Singapore Sprint and announced that it counted towards the 2016 Trifecta. 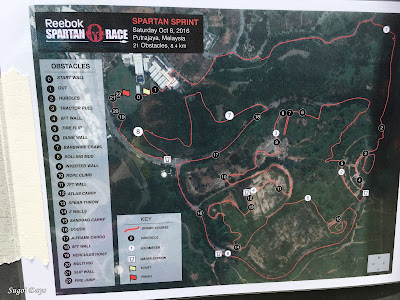 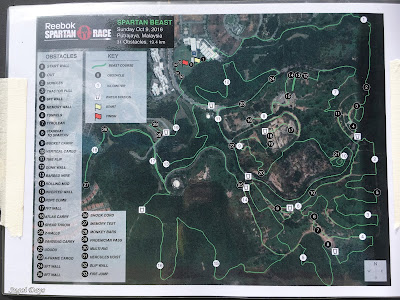 As for me, I had my Sprint from Singapore in Nov (missed the KL version because ironically I was in Sydney enjoying a Super and a Sprint) and also did the KL Super earlier this year. BUT being the mad unicorn that I am, I signed up for both Sprint and Beast. Why, I do not know. 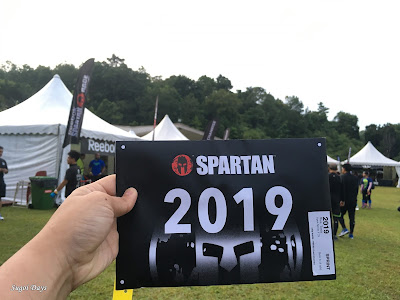 The race this time had improved by leaps and bounds. Everything was smooth from parking to registration to bag drop to the course itself and of course, after the finish line. Amazingly though, both races started on time. 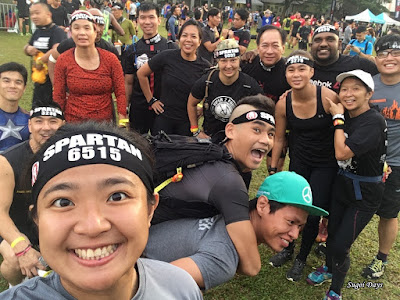 Obstacles featured the usual menu of upper-body and grip killers such as the rope climb, many wall climbs, the Z Walls, monkey bars and the multi-rigs and the Tyrolean Traverse which was the longest I've ever encountered in a Spartan Race. The careful placement of back-to-back obstacles ensured everyone had their healthy dosage of burpees. 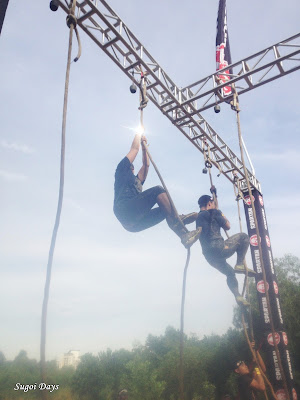 I saw plenty of burpees being dished out at the Atlas Carry followed very closely by the 50-50 chance Spear Throw obstacle, I was one of them during the Sprint but thankfully, not during the Beast. 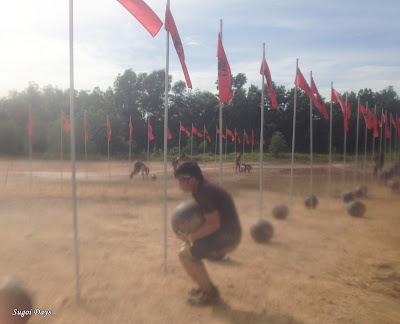 The only building backlog I encountered was during the Sprint at the tractor drag but only because pathway was so narrow. Fortunately, that was taken cared off the following day for the waves of Beast participants. Event photos showed that the later morning waves encountered more backlog at the barbwire crawl and the A-Frame Cargo on Day 2. 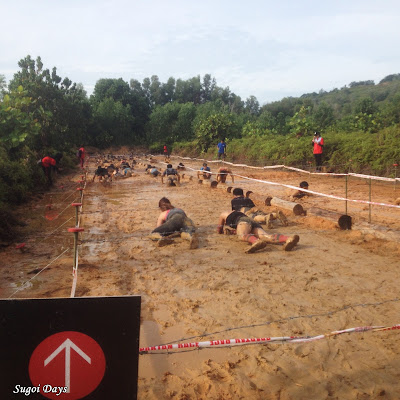 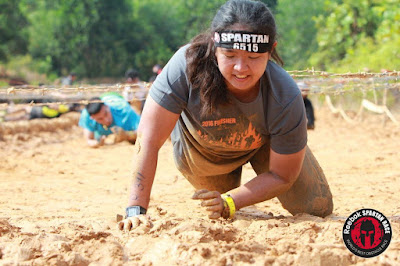 Marshalls and volunteers were much better equipped this time with a clear idea of the obstacles and more backbone to brief and control the racers when needed. But I found there was no way of telling the elite and the competitive participants from the open wave. At one of the walls, a marshall told me I was not allowed to help another racer. It took a while before he realised I was in the open wave in which helping each other was permitted. Perhaps something for the organisers to think about. 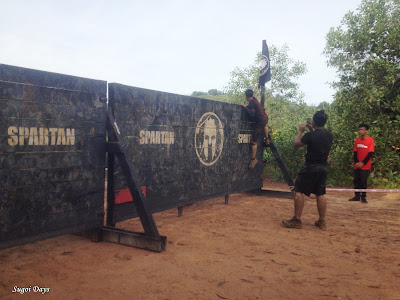 A few participants continued to be ignorant of the obstacle rules despite the marshalls explaining it to them many times over a megaphone. At the Bucket Brigade,  I could clearly hear the volunteers instructing the racers to 'fill up the buckets to the holes and carry them a lap around. Do not carry it on the shoulder.' Midway through, I was "advised" by another female participant to carry the bucket on my shoulder. I told her that she wasn't supposed to carry it on her shoulder for safety reasons and with a sheepish look, she carried on, bucket on shoulder, still. 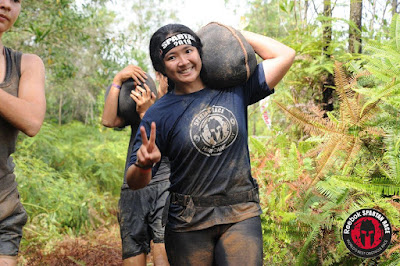 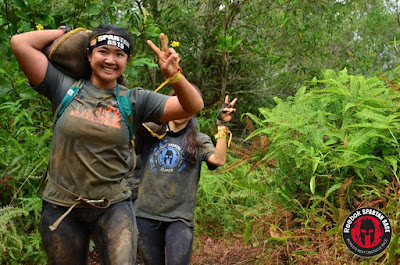 At the sandbag carry, some guys actually took the lighter sandbag despite the marshalls explaining the rules repeatedly. Granted, the men and women weights at the sandbag carry and the Herculean Hoist were still relatively lighter than Australia but perhaps that was the standard set for Asia. Still it amused me to no end that some of the guys (muscular ones at that) looked like they were fighting a boa constrictor at the Herculean Hoist as they wrapped the rope around them and he-ho-ed the weight to the top. At least this time, I didn't see anyone letting it plummet to the ground like I did at Super. 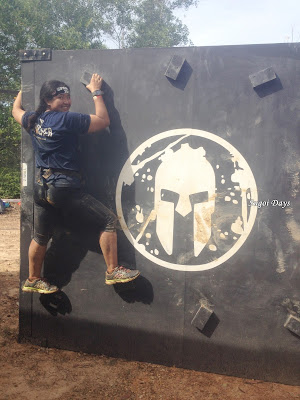 The obstacles was well spread out along the course, a glorious adventurous trail of grassy lands, a narrow short creek walk, muddy trails and hills. So many slopes that were evenly scattered throughout the 21km of the Beast to really put the racers through their paces. The Sprint on Saturday was quite literally a walk in the park compared to the Beast. 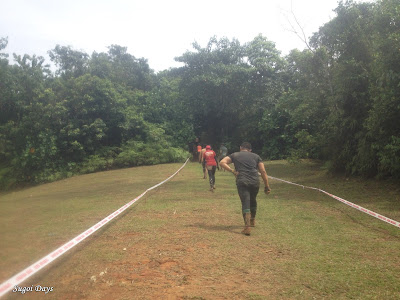 Spartan Race KL organisers spared nothing at the Beast, bringing out the best obstacles for that race such as the memory test which had many muttering under their breaths. 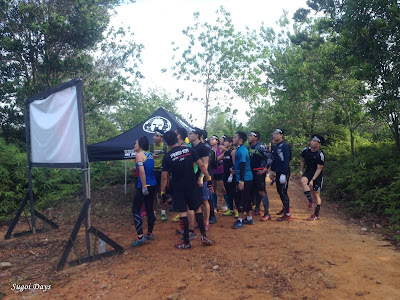 Not only was it mentally challenge but the Beast definitely weeded out the weakness within the participants as galores of cramps kicked in at the midway point. I was not spared as my usual calf cramp kicked in at the wall climb. I was not alone as I saw many casualties along the way. 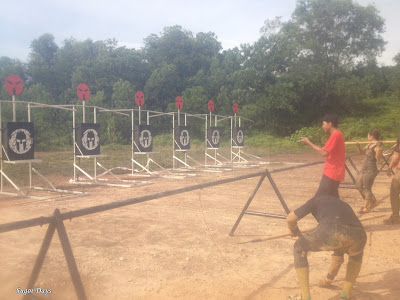 Medic tents and ambulance were plentiful this time and the off-trail routes from my observation were never far off from a tarmac road for easy vehicle access. But I think the rise of obstacle races like Viper Challenge has helped mould OCR racers into the tougher kind. The kind that realises that cramps aren't medical emergencies because those aforementioned casualties merely stretched out the cramp, shook it off or walked it off with the help of their team and continued to dominate the course. 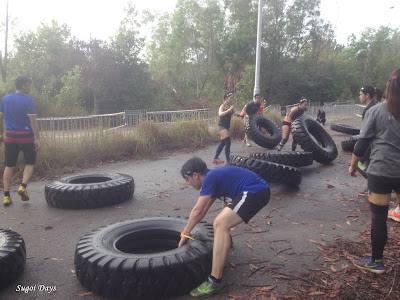 Speaking of teammates, another thing that amazed me this time was the level of comradery and concern random strangers were showing each other in these moments of pain and exhaustion. It made me forget about the unsportsmanlike behaviours mentioned earlier. A friend of mine gave up his last power gel to a cramping girl. Another friend gave up her personal best attempt to help a friend when she cramped up early on in the race - both were elite racers. Several people checked on me when I stopped to empty sand and mud out my socks. A Spartan from Indonesia offered my mum and I a boost at the 8ft wall and congratulated us at the finish line and vice versa.

I could go on about the many examples of sportsmanship I saw along the way but then it would be too long a read. But I can tell you this - it felt awesome.

The weather could not have been any more perfect with a short downpour at noon. The showers cooled down the course nicely for those still running past 12noon and gave me the boost much needed on the uphills and downhills. 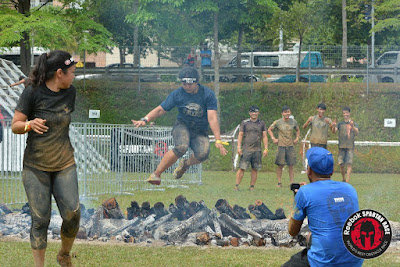 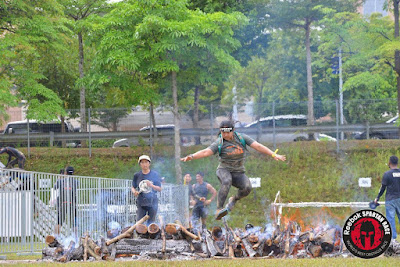 A leap over the iconic fire jump and I thanked God that it was finally over. 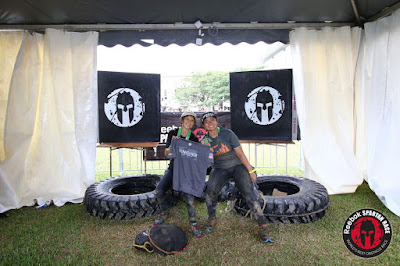 Spartan Beast Putrajaya really did put its participants through hell and back, forcing them to earn their rightly deserved green wedge. It was the kind of race that reminded me why I was addicted to OCR in the first place and made me want to sign up for another one. 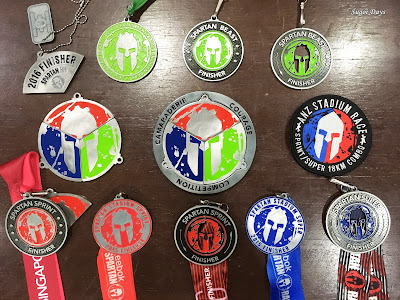 Oh, wait. I did already signed up for another Spartan Race. Bright Trifecta Weekend, here I come!